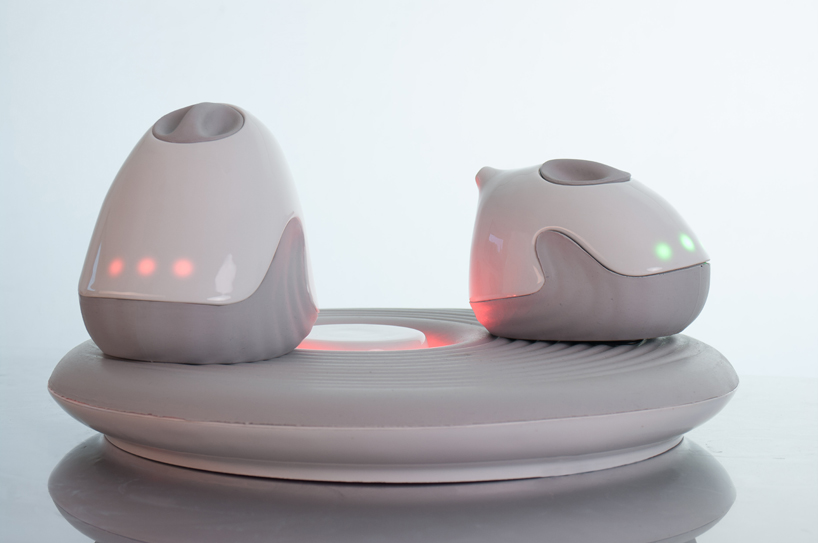 Bonseki by lukasz stawarski from poland

My project is polemics both with the technology as well as habits of the user. in the assumption the project has character of
experiment. I tried to emphasize certain advantages of porcelain in the way other than so far adopted. The transparency of the
porcelain is deciding about its nobleness, clearly the nticeable naturalness and the frankness of material are encouraging to a
direct contact. Softness of the reflections of light on soft enamel forms is making her attractive visually. In terms of the function I am holding on traditional porcelain allocation, referring to the culinary culture, modifying certain aspects of functioning and the appearance of dishes. Also I am trying to comment noticeable in our times tendency of dietary changes and evolution of table culture. More and more rapid pace of the life causes the marginalisation of dietary aspects. Its enduring not only the ritual of sharing meal, but also more fundamental issues of regular and of healthy food. A value of porcelain as material and products made of china became devalued. We won't return to times when porcelain was being called the white gold, neither when sets of china were being looking after, passing on from the generation to the generation. However as the sympathizer of material I wanted to make an attempt to refresh the convention and try to search new values of the product incurred in this technology.
The project is combining traditional technology with exploiting the light technique. Elements of the set have double layers, such a structure is performing a few functions. The space among layers constitutes the space for the silicone element which contains lighting subassemblies. Thanks to such decision, points or luminous patterns can be visible on the surface of porcelain. The space which is created between layers of porcelain constitutes good thermal insulation. Thanks to that, dishes containing hot liquids can be held directly, without using additional handles. Such a structure enables simplifying the outside form of the dish. Additionally silicone filling the niche up between layers of china, in the place of the grip forms the anti-skidding area.
Using popular today technology of the cordless transfer of data, it is possible to assume choice of patterns or simplified graphics
applications through personal electronic devices. The user could so individualize his dishes, or pass simple announcements on to family members with luminous symbols.
The lighting puncturing from under the topcoat of porcelain has a few applications. A possibility of using the same product in a few variants was assuming of the project. In the basic figure it is object carried out of white porcelain deprived of ornaments. Appearing lighting points are relating to traditions decorative, however understood in this context more virtually.
Light motives in individual dishes are also performing functional usage."Decorating" with light is giving the possibility of changing the pattern, or its total puttng out, we can get white china or with an accents of colour depending on the selected program. 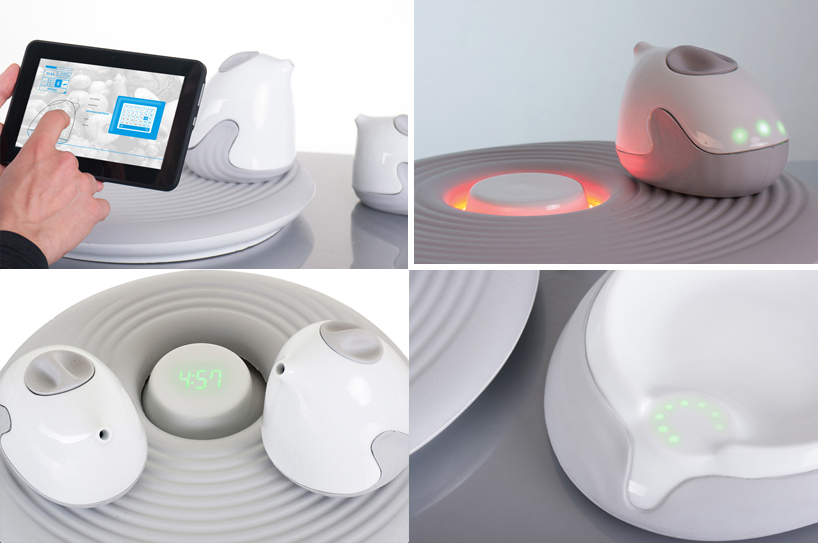 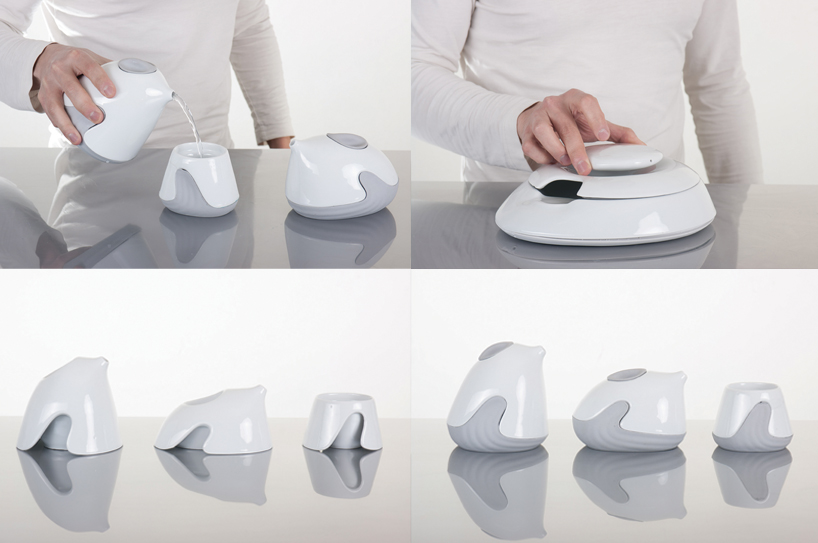 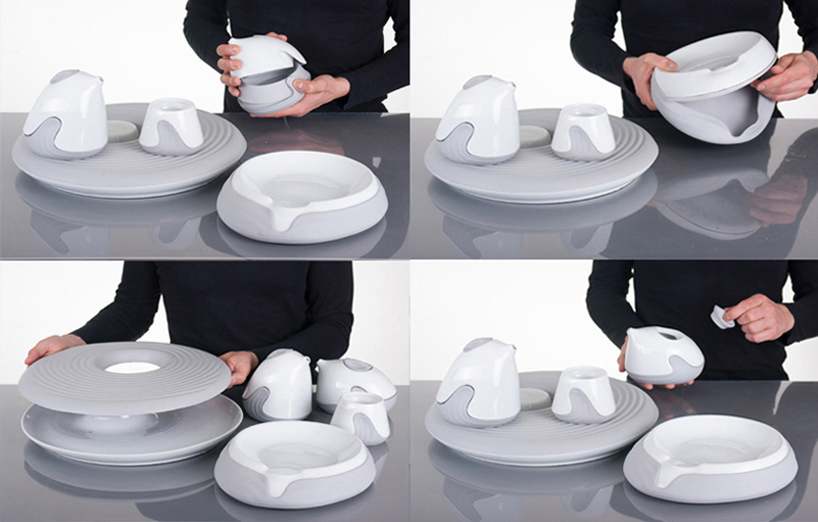 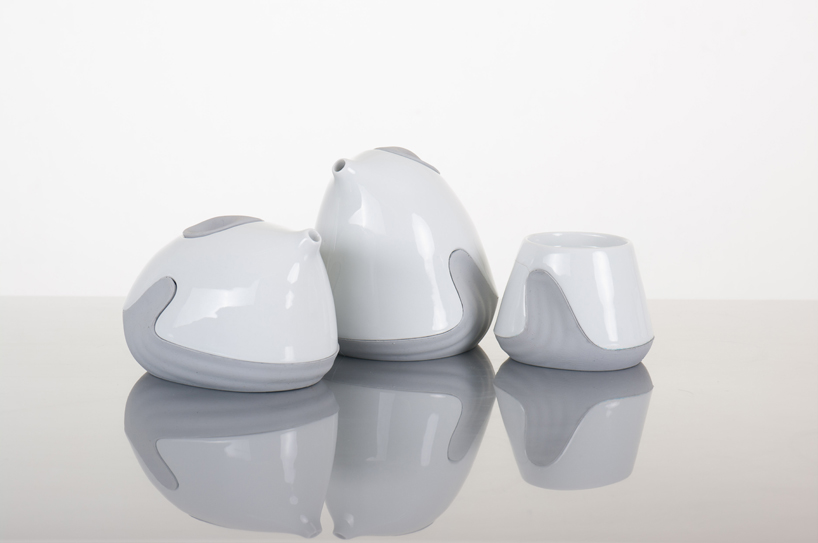 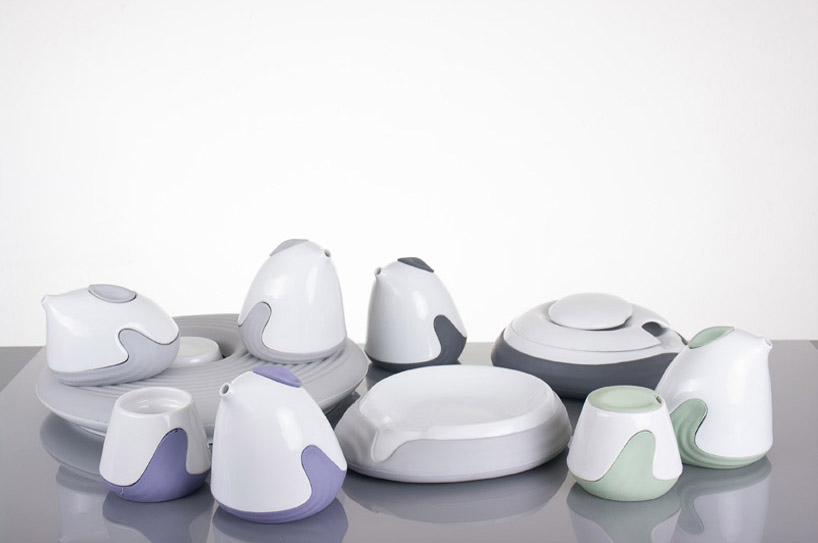