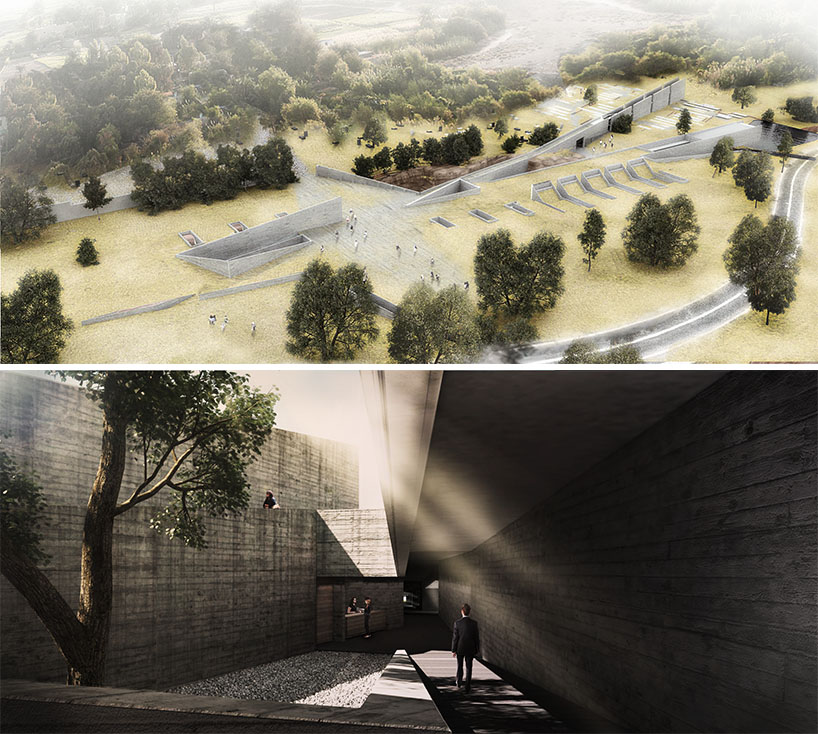 Bosques Funeral Parlor has a proposal that revolves around a principal theme: the underground. At the end of our life cycle everybody returns to the origin; the Earth, that the reason why the proposal ventures in a new idea about deathcare: an underground funeral parlor.

The project’s concept is composed by two primary intersected axes, that start buried in the ground and slowly come out of the earth, these axes hold the entire spaces of the funeral home, interact with the site and refer to a duality between life and death.

The cult to the death and the bereavement practices are aspects shared by all cultures and societies around the world, each one with variations but always with commonalities: fear, respect and grief. In our country society seeks to erase the boundary between life and death, it has become a major social event.

We aim to change the deathcare experience, commonly held at old, dark houses, spaces that were not originally designed to provide deathcare services and generally don’t achieve an ideal environment for the people that have lost their loved ones.

The proposal started from scratch, investigating and analyzing the site, the surrounding context conditions, and most importantly the users of the funeral parlor and the services that have to be provided. This separates the functions of the project in two major groups: one with all the services to prepare the bodies for the ceremonies and final eternal rest, and the other to accommodate the people that participate on the cults, bereavement, and remembrance.

These functions are translated to formal aspects of design as two built axes, that define the ultimate form of the project and encourage its concept: Two connected axes at the beginning, that end in different situations, referring to the life-death duality.
The first one, an axis parallel to the cemetery limit that holds all the spaces to provide services in the funeral allows (by using two stories) an independent circulation for the funeral home personnel and the users.
The second one, intersects the first and functions as a processional route to the columbarium, starting with a descent by ramp to the underground, and continues guiding the visitor through light through different spaces and experiences, culminating with the transition between the built space and the nature.

Its an accesible project, the circulation mimics the slope of the site and is composed by ramps suitable for the elderly and disabled. Project includes services such as a sales area, thanatology consultories, flower shop and a cafe.

The private chapels have a room for the relatives to rest, and are flexible spaces that can be combined to hold a larger group of people. They are small because in the exterior is a common room where social dynamics can be held apart from the closest relatives of the deceased.

The project also aims to be as sustainable as possible, most of the project has green walkable roofs, the lighting of all spaces is through natural light, achieved by excavations contained by soil-cement slope, it has a system passive ventilation, and is designed so that all installations are concentrated only in the service axis.

The architectural promenade is interrupted by transitory spaces resulting in a pleasant aesthetic experience that arouses feelings and give an aura of tranquility. Ultimately the project axes finalize, respectively, in an introverted space for reflection; the chapel, and at a visual culmination that accentuates the tension between the built and the natural.

The ultimate goal of the project is to achieve an hones architecture, that respects and makes justice to the value of what existent, that is related to its natural environment without trying to imitate its essence, highlighting both their agreements and their inevitable antagonism. An useful architecture that meets the needs of the user, sensitive in its relationship with the world of the dead, and that in its quality of a timeless project manages to be a worthy witness of memory. 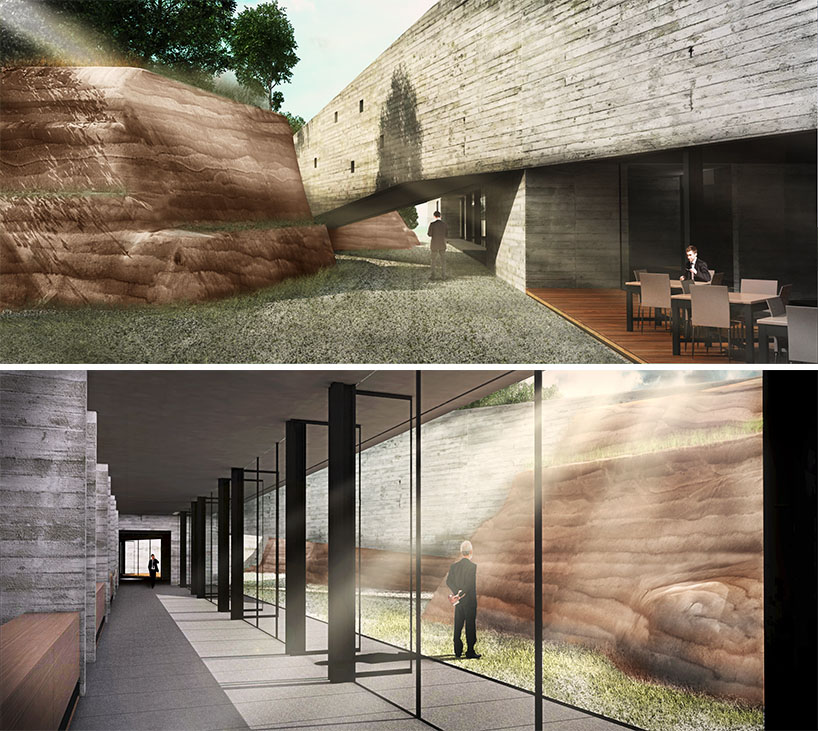 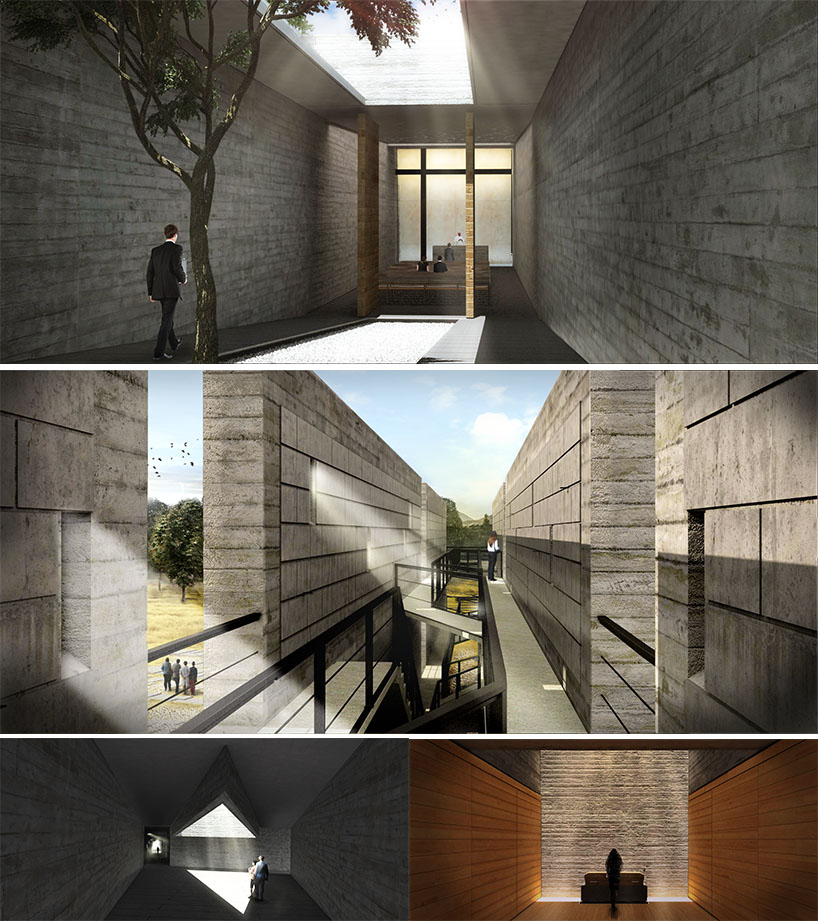 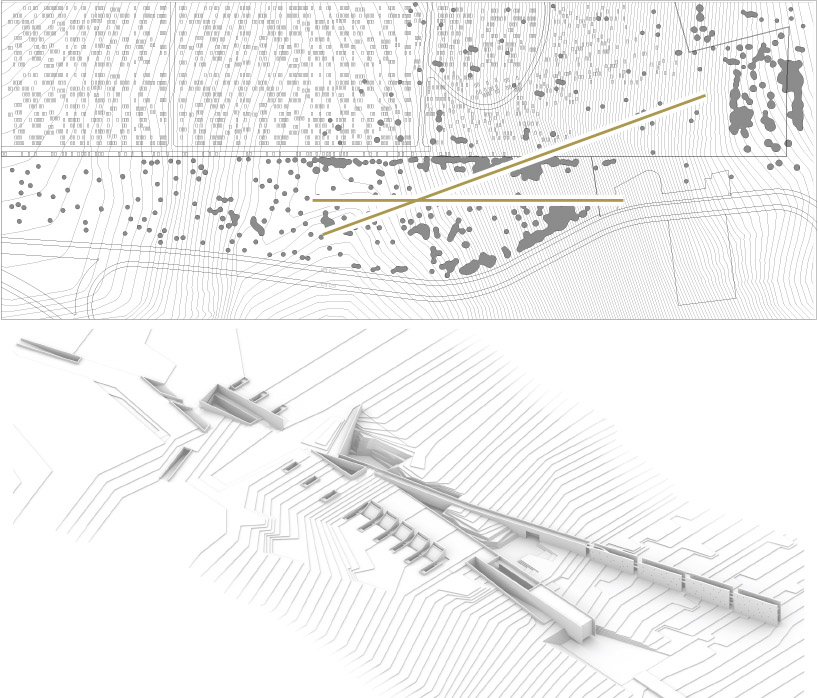 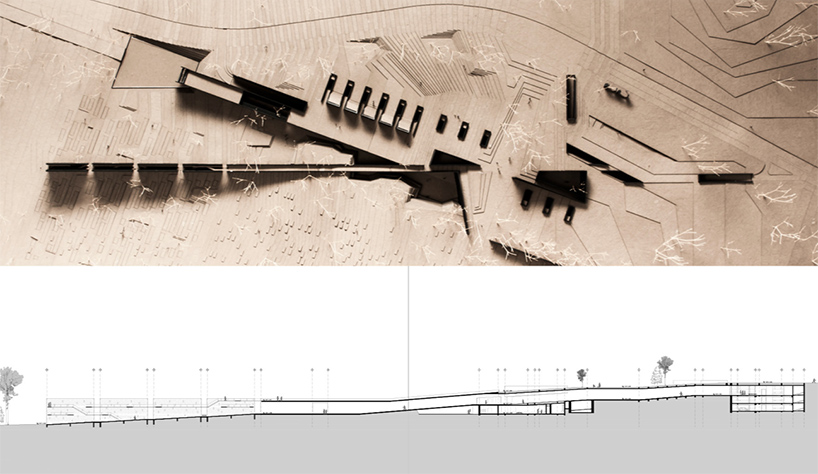 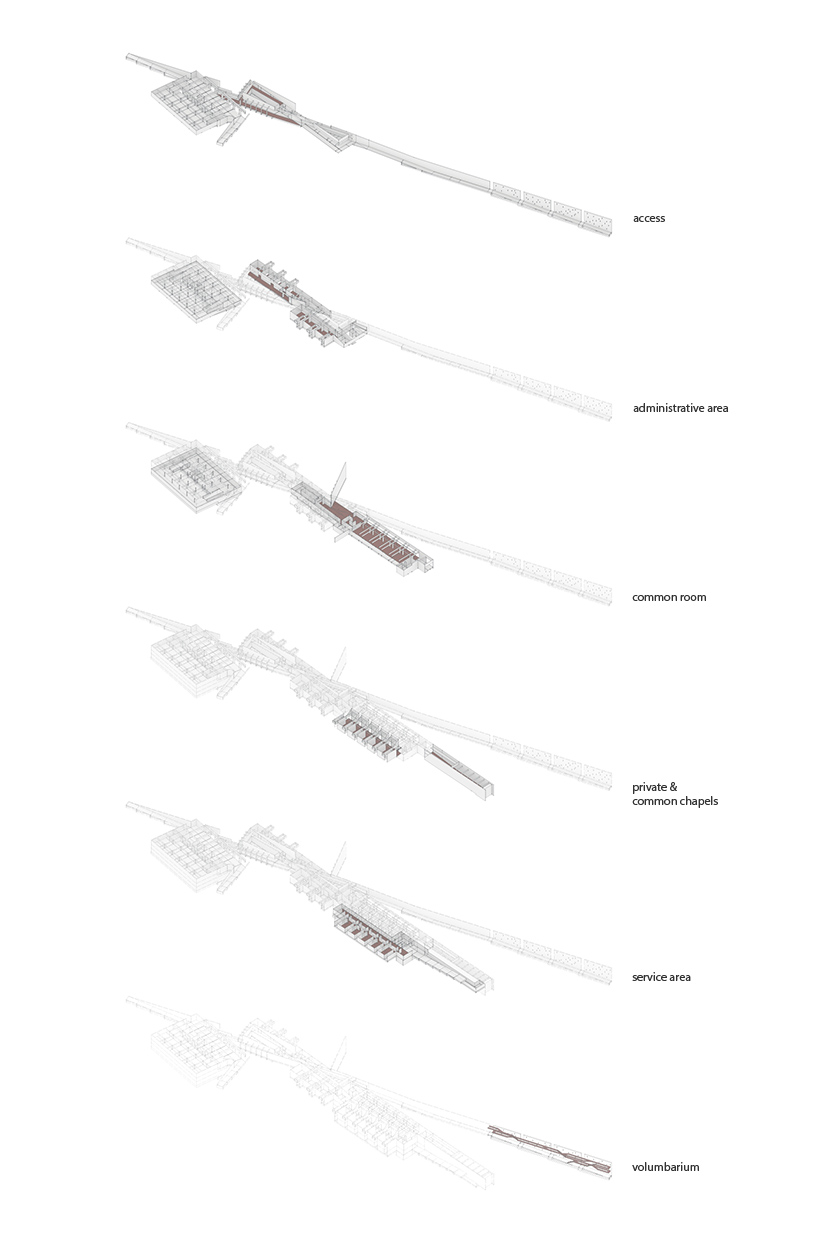 d.
previous next
shortlisted entries (102)
X
5
keep up with our daily and weekly stories