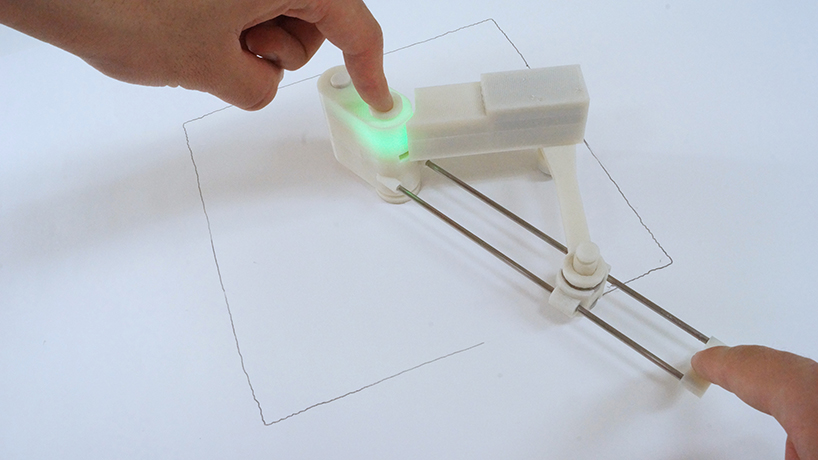 Down the ages, people have been utilizing various stationeries such as rulers or compasses to draw precise figures by own hands. On the other hand, as computers developed, CAD software has enabled us to draw precise figures and duplicate them easily on the display. But these systems lack the intuitiveness comparing to drawing on physical papers.
Under such backgrounds, we believe that we need to design drawing which includes both advantage of digital and manual. To realize this goal, we have released the digital drawing system from displays and seamlessly integrated into one of our daily tools, “compass.”

The function of COMP*PASS can be mainly divided into 2 types; the drawing function and the duplicating function.
With the drawing function, users can draw various kinds of figures only by rotating. By connecting COMP*PASS with smartphone application, user can choose or edit figure data to draw. It also allows drawing tools to be changed, permitting various types of pens to be attached. Specifically, by attaching cutters from cutting machines, it can cut out papers according to digital figure data.
With the duplicating function, it enables us to copy and paste figures on physical environment by referring the ordinary compass’s use of “measuring distance.” We have designed recording modes for rectangles, cuboids and free-form curves.

The system of COMP*PASS is very simple; it is composed with a rotary encoder (to detect the rotation angle), a servomotor (to regulate the radius of a pen), LEDs, a switch, and a micro controller. The device itself is fabricated from ABS resin utilising a 3D printer. We are willing to make one with metal in the near future.

With COMP*PASS, people are now able to draw computationally aided figures by their hands which is a new SENSE of drawing. 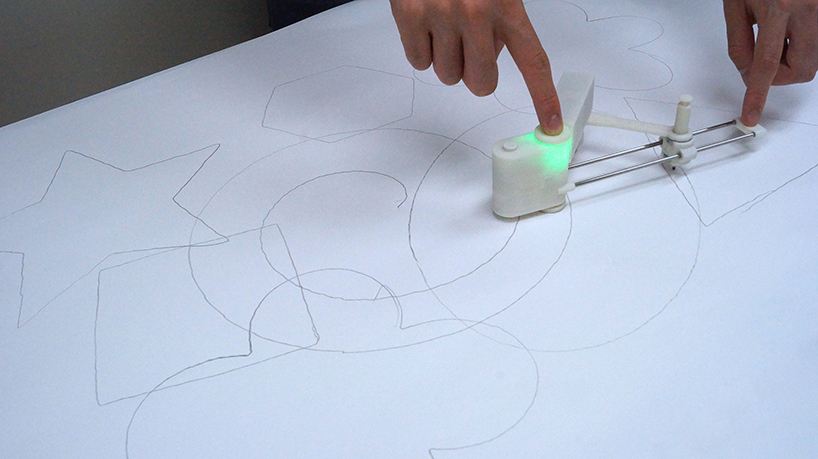 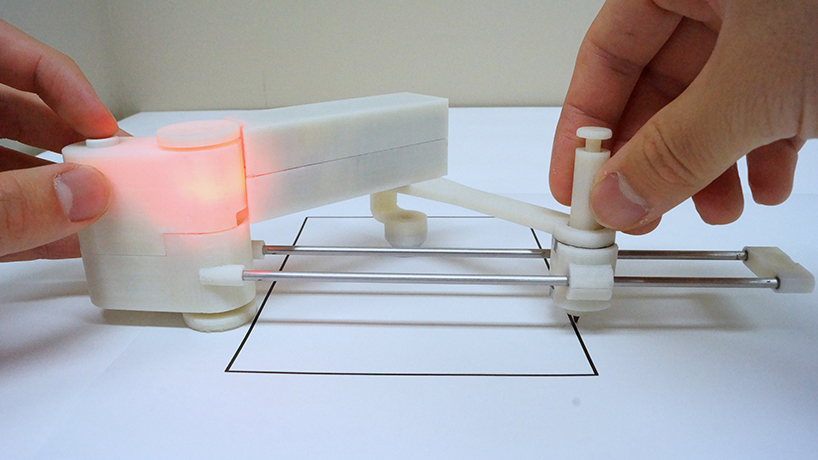 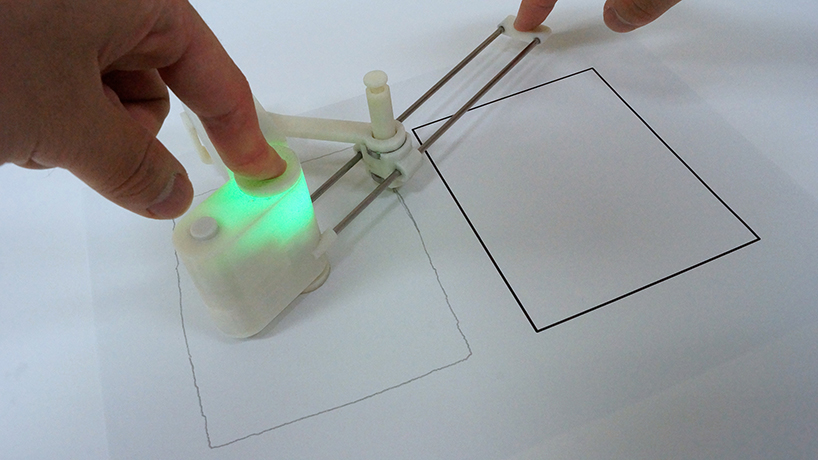 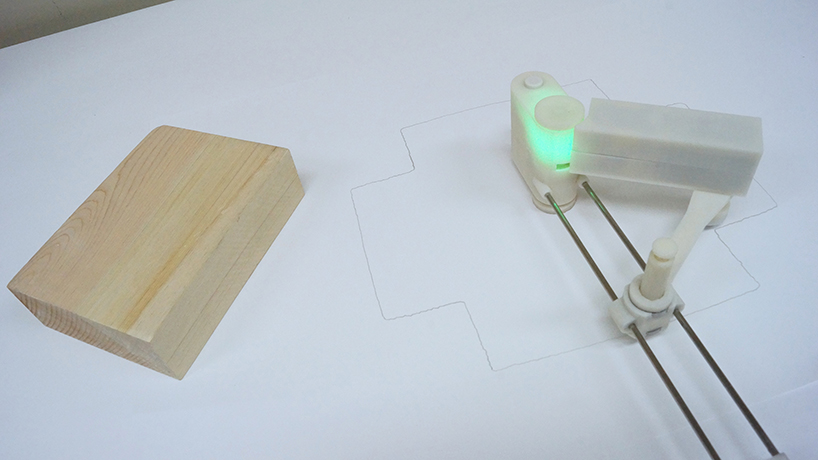 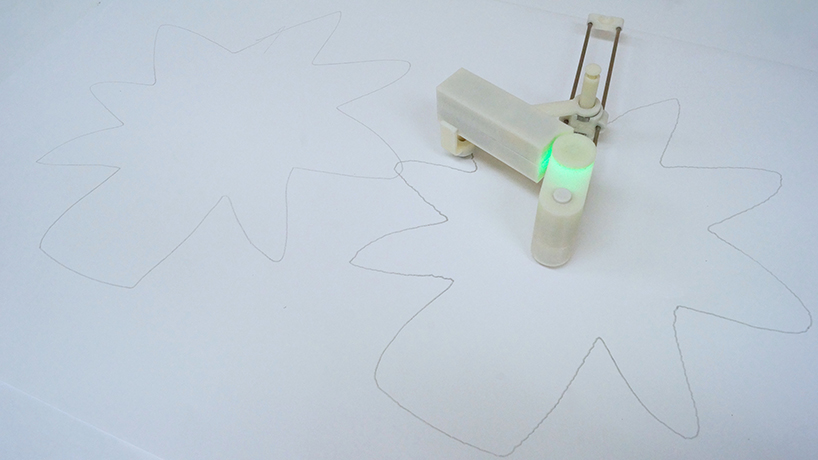