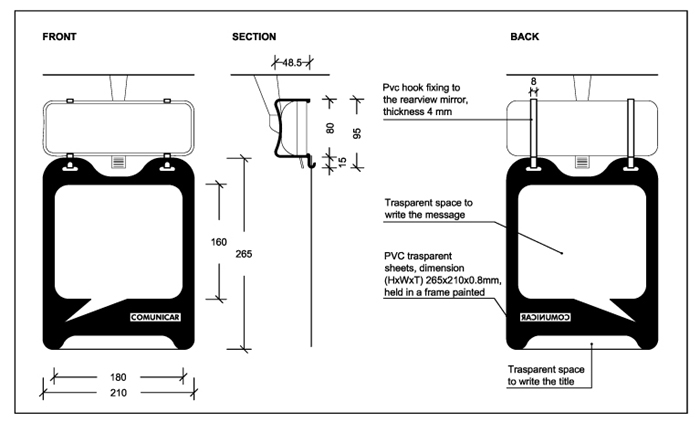 comunicar by orlando balderi from italy

the object pincipal gain is to comunicate short messages between two 500 (or two cars) during “stops and goes” dew to the traffic jam.

a block of 20 pvc trasparent sheets , dimension (hxwxt) 265 x 210 x 0.8mm, held in a frame painted and shaped to fit on two plastic hooks you fix to the rearview mirror .

usage:
in the trasparent area you can write short messages with a big black marker.
automatically on the back of the block you will see your phrase mirrored , the driver of the car proceeding you will reed it in his rearview mirror properly positionated (ambulance effect!), the driver of the car following you ,will directly read the message watching the block through your car’s seats instead.
“comunicar” is composed of 20 writable sheets and a box you can fit in the dashboard.
in the low part of the sheets there is a space to write the title or whatever you like so that you can easily find the old messages when you put back the sheets in the box .
it is easy to produce a night version using fluorescent paint. 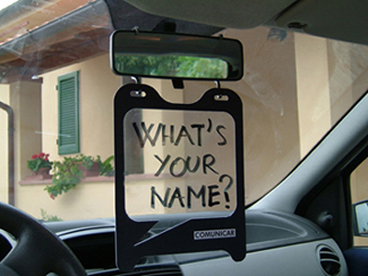 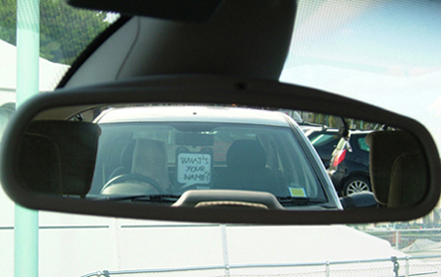