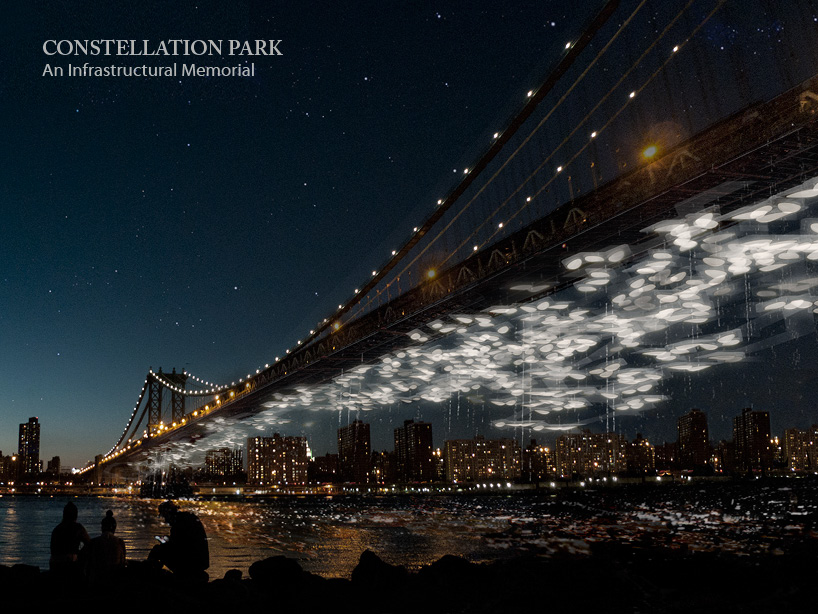 Constellation Park is a suspended public memorial, shimmering across a vital city skyline. Harnessing science while respecting spirituality, the system transforms our biomass into an elegant constellation of light, illuminating new civic space amidst existing urban infrastructures.
A network of memorial shrines aggregate over time creating a cyclical infrastructure of energy and remembrance. In this scenario, grafting onto the underbelly of the Manhattan Bridge, 5,400 lives will be memorialized each year – approximately 10% of all annual deaths in NYC.
Triangulated tensile steel cables support convex memorial vessels which cradle the corpse throughout its biological metamorphosis. Public pathways and clearings knit the multilevel territory into the life of the city. Remembrance is materialized through temporal "mourning lights", whose aggregate glow generates a perpetual landscape honoring the deceased. The light on each vessel dims at the end of a year, marking a transition in mourning, a reassertion of life, and readiness for the system to accept and honor another loss.
Semi-private, sheltered spaces are nested amidst communal processions and large ceremonial areas for funerals, weddings, concerts, yoga... The stages of grief are respected, but not cloistered. This place of death and remembrance is defined by, and continually fortified with the cycles and energies of life. 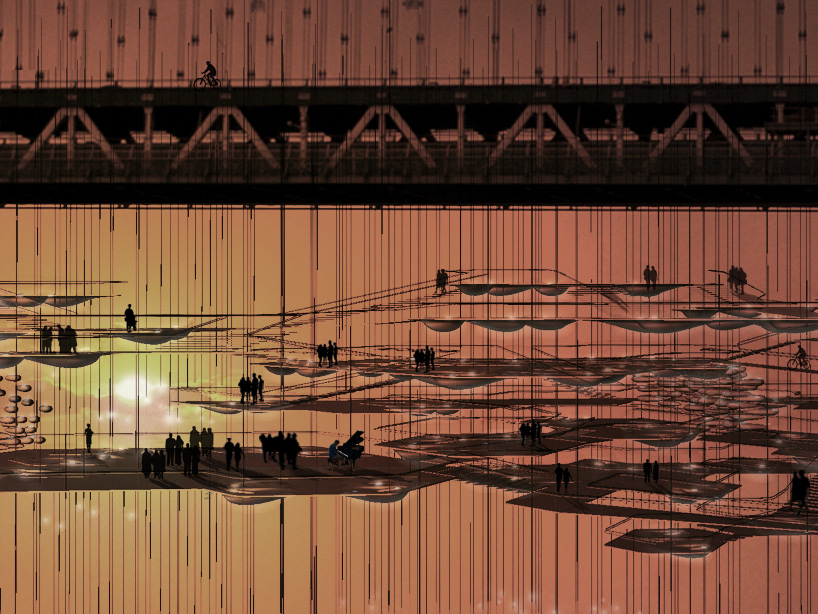 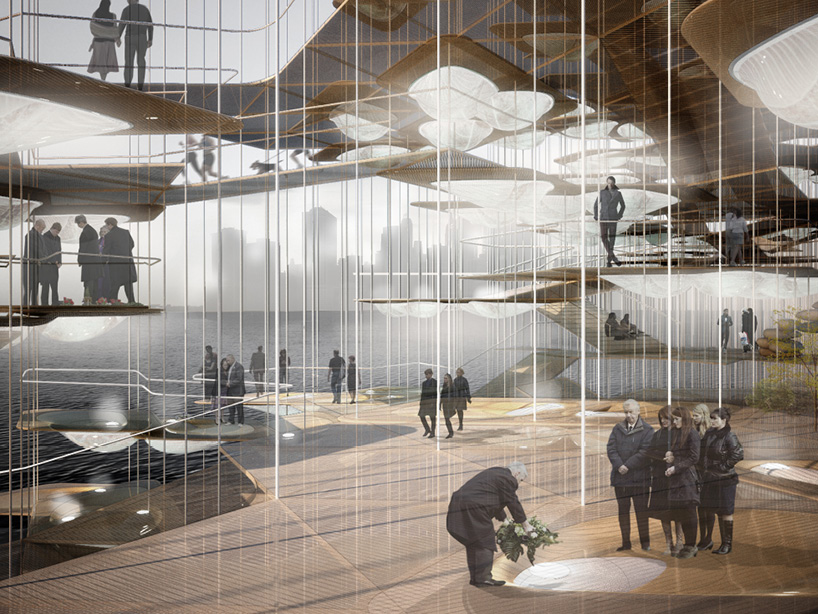 The deceased are honored in short-term shrines, woven into the built environment as an integral part of urban daily life. 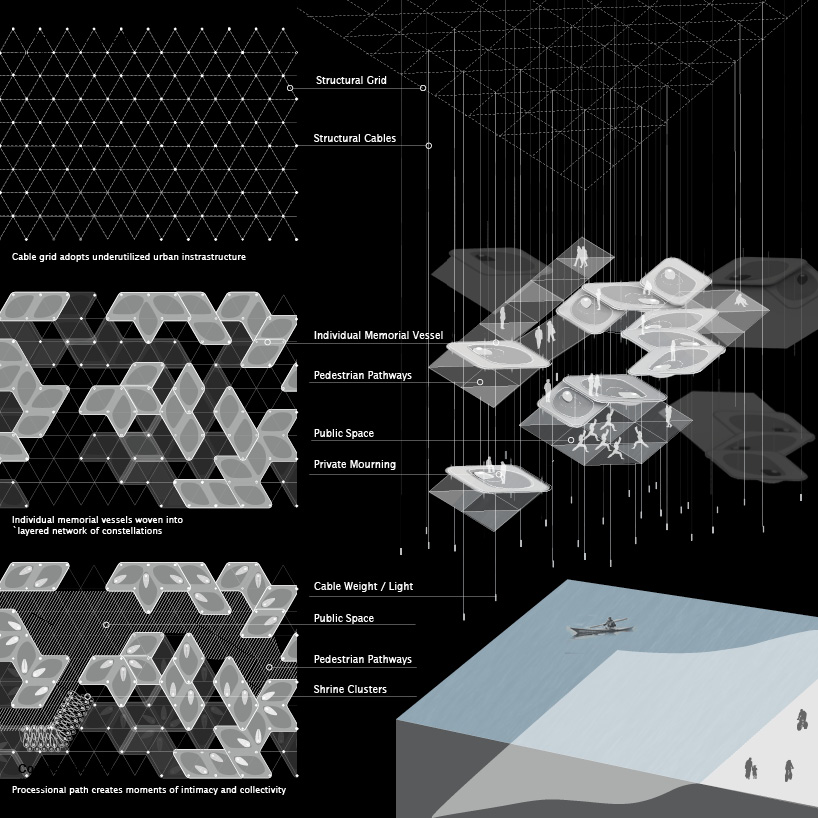 Steel cables suspend a network of individual convex memorial vessels which cradle the corpse throughout its biological metamorphosis. Public pathways and spaces for collective gathering knit territories of remembrance into the life of the city. 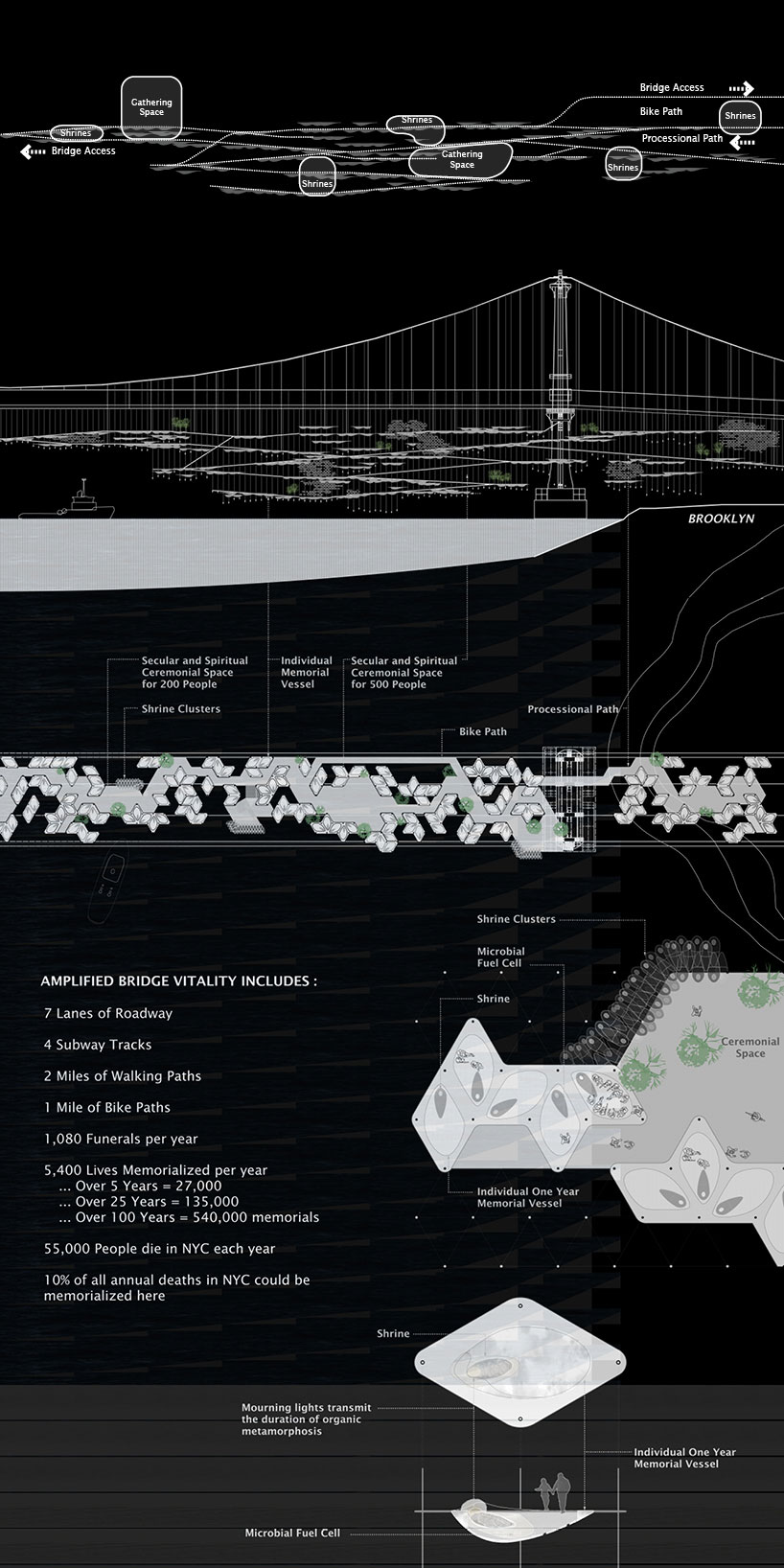 The cyclical memorial network provides an infrastructure of remembrance for 10% of all annual deaths in New York City. 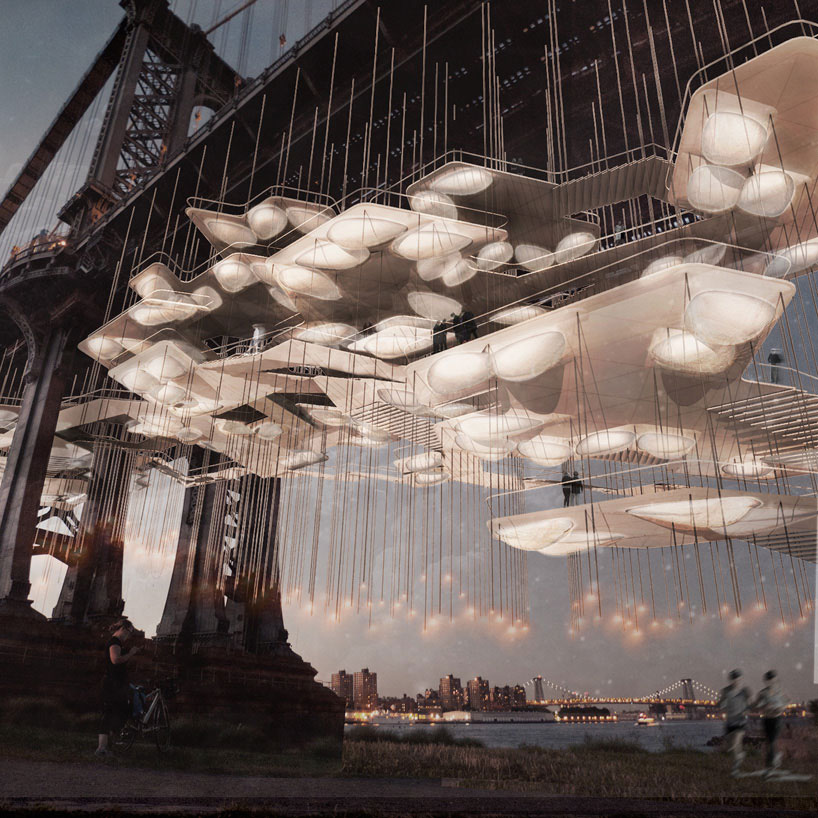