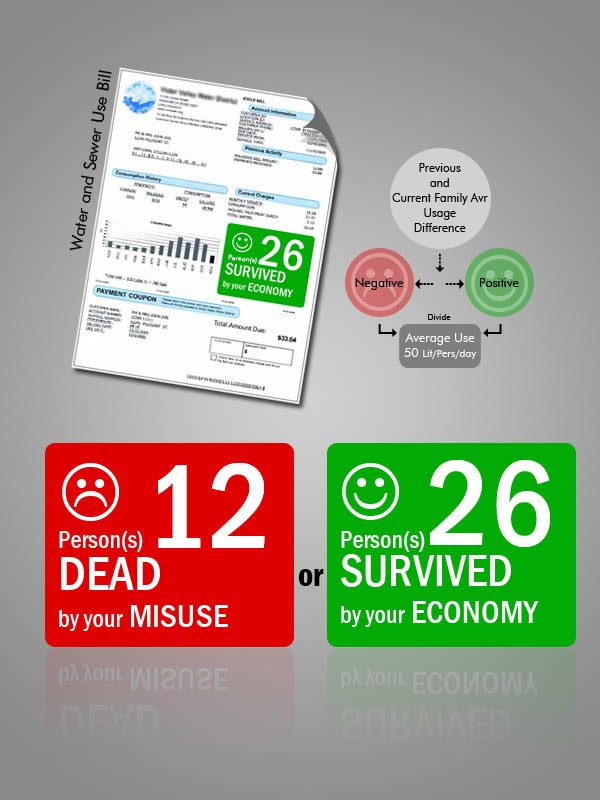 Critical Water Use Bill by mostafa tohidifar from iran

Less than 1 percent of the world's fresh water (or 0.01 percent of all water) is usable in a renewable fashion.

The average person needs a minimum of 1.3 gallons (5 liters) of water per day to survive in a moderate climate at an average activity level. The minimum amount of water needed for drinking, cooking, bathing, and sanitation is 13 gallons (50 liters).

The average person in the African nation of Gambia uses only 1.17 gallons (4.5 liters) of water per day.

An American taking a five-minute shower uses more water than a typical person in a developing country slum uses in a whole day.(UNHDP 2006)

Water use has been growing at more than the rate twice of population increase in the last century. Source: Food and Agriculture Organization of the United Nations (FAO) and UN-Water

The UN suggests that each person needs 20-50 litres of safe freshwater a day to ensure their basic needs for drinking, cooking and cleaning. Source: World Water Assessment Programme (WWAP) 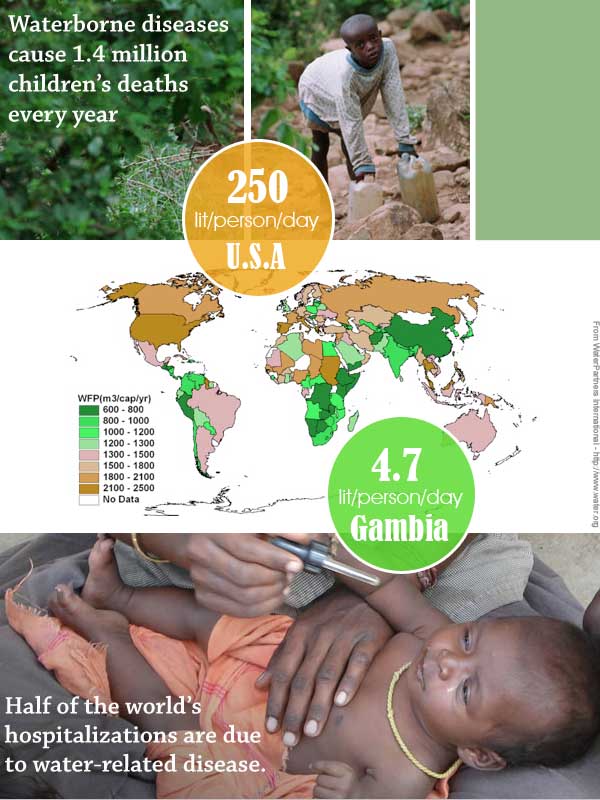 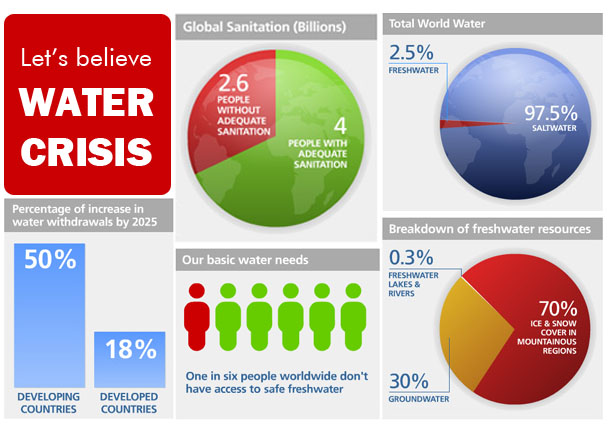