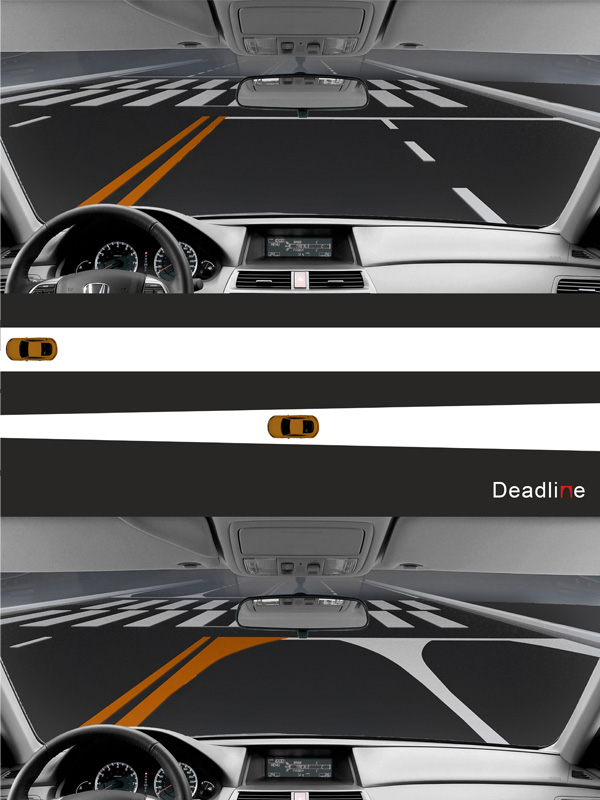 The majority of people have an experience of walking on the pedestrian crossing along the cars sticking out the stop line. The number of car accidents in pedestrian crossings recorded by OECD is 12.4% which is a considerable ratio.
Recently the Traffic Safety Administration (TSA) in Seoul has been confident about the number of accidents by the loss of footing in subway. They have spent a large cost to construct a screen door in front of every subway. However, the death toll in subway is only 45 a year, whereas 1,650 die on the pedestrian crossings.
The feeling of uncomfortableness usually becomes daily lives if we get used to it.
A cup of paint which will be applied on the ground may be effective, much more than you would ever imagine.
The concept of Deadline is simple and clear; a mental pressure in order to prevent accidents.
By making the end line thicker than it was, it is possible to make drivers recognize the existences of both pedestrian crossing and the stop line, giving mental pressure which would lead them to decrease the speed in advance.

A little effect to make change in daily life.
Ideas that are small with huge potential powers would be the first step to build the society of safety. 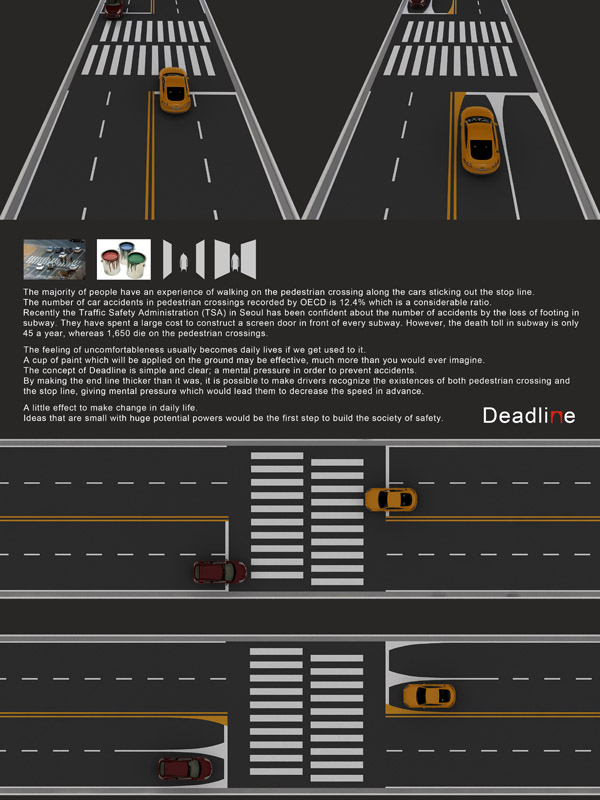 enunciation of a proposal 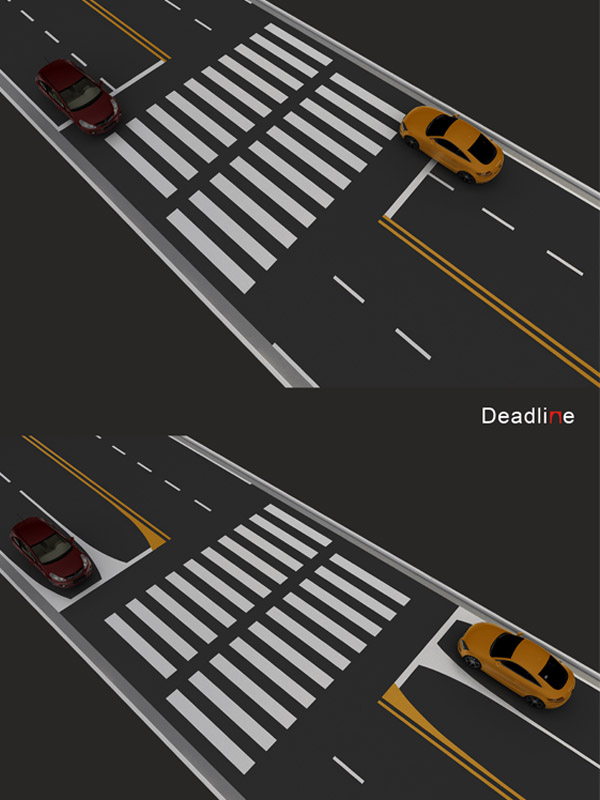