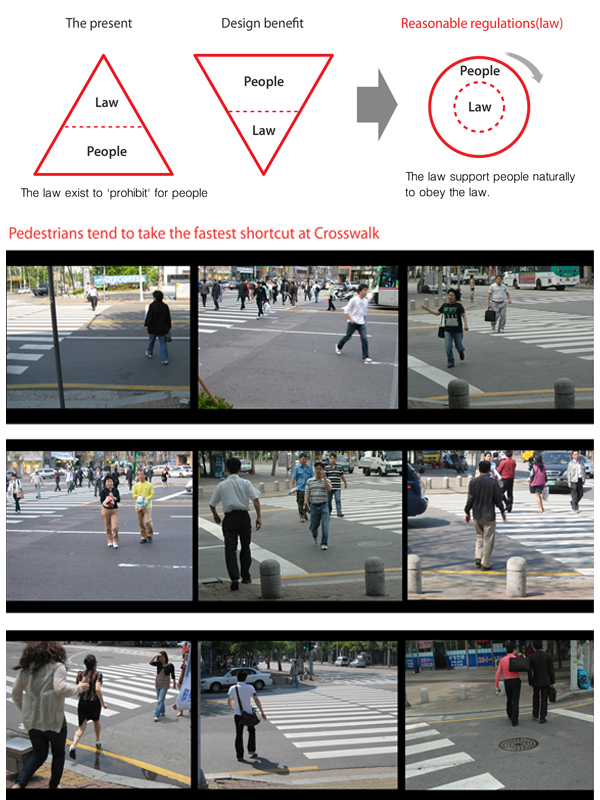 When people cross roads, they tend to take the fastest shortcut. They sometimes do it intentionally but mostly it is an unconscious act. This kind of action violates the traffic regulations and sometimes threats the safety of the pedestrians. The Ergo crosswalk will become a design that makes people follow the law as well as consider their habit or unconscious actions. Therefore, this will induce the pedestrians to follow the lines of the cross walk and protect them from any potential danger. If regulation can not force people to follow the law, wouldn't it be more reasonable to change the law and fulfill the main purpose of keeping the safety and convenience of the pedestrian? -Crosswalk Pattern pannel Structure When the car and pedestrian step on the Natural Crosswalk, it will be recharged by converting impact energy to electric energy through piezo elements in the Crosswalk Pattern. it can be used as electric power for the LED lighting. Pedestrian who cross the crosswalk unintentionally can know by intuition through crosswalk of red LED lighting. 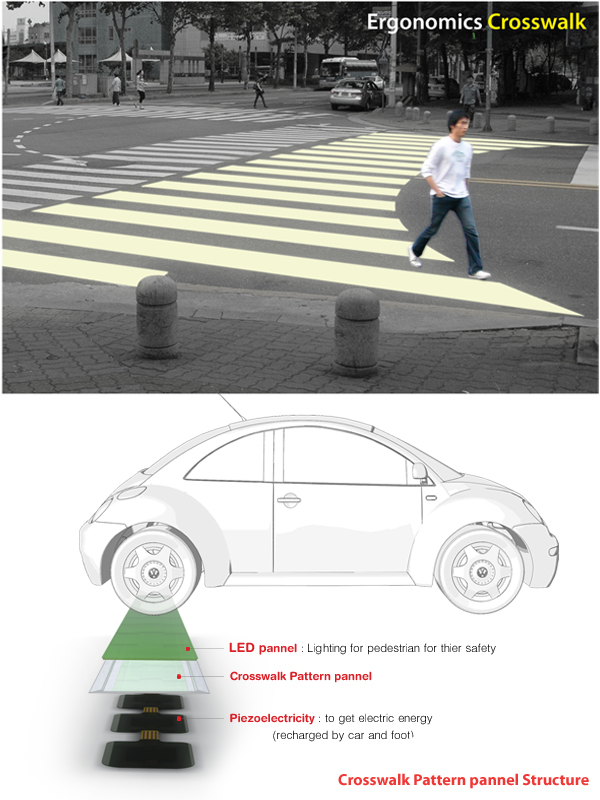