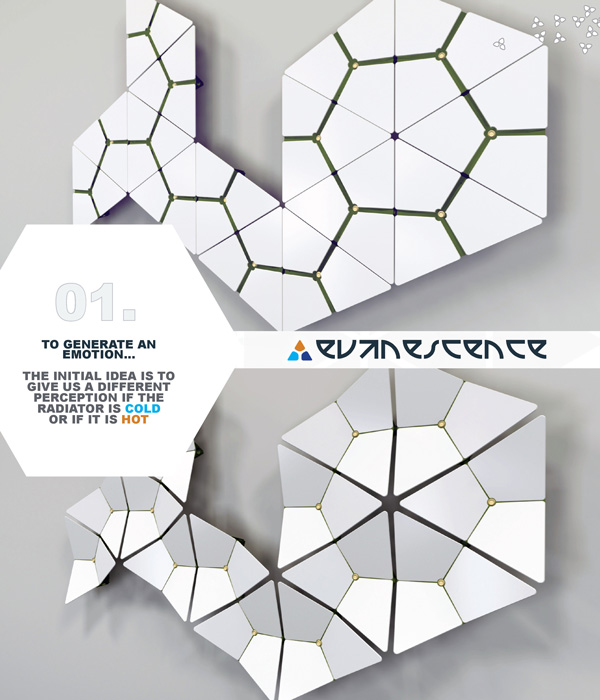 evanescence by laurent gerard from belgium

:: The initial idea is to give us a different perception if the radiator is hot or if it is cold.

:: Inspired by the operation of the thermal switches, a small part placed behind each petal becomes deformed with each variation of temperature

: it isn’t a radiator ready to install that you buy, but it’s a kit to to assemble and to install yourself... have freedom to compose your own universe owing to many possibilities witch are offered to you...

:: the evanescence is a state of transition, one sudden moment in daydreams and which appears in the space only of a few moments… 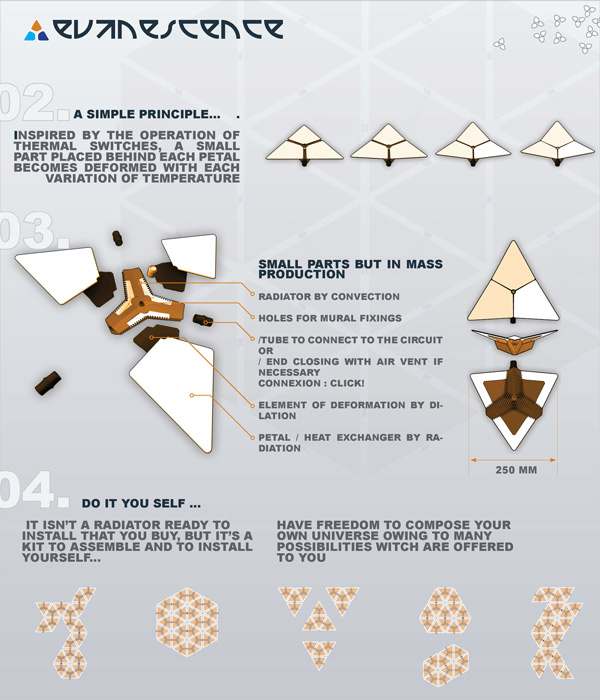 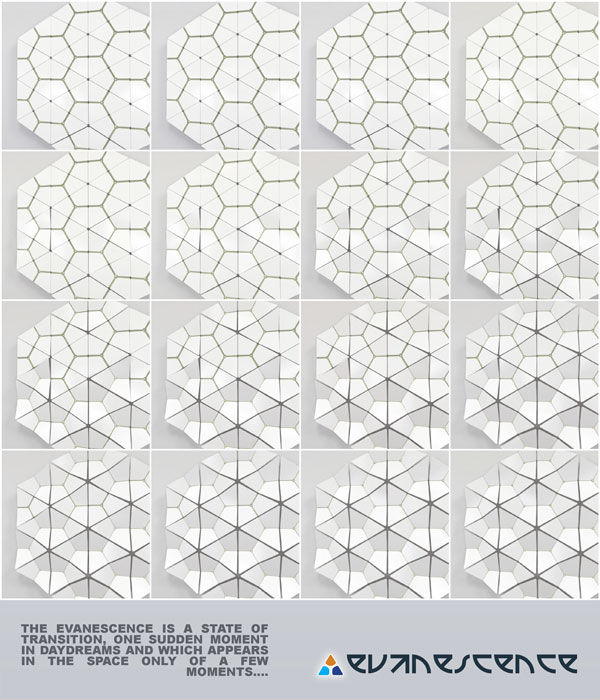