a door to paradise 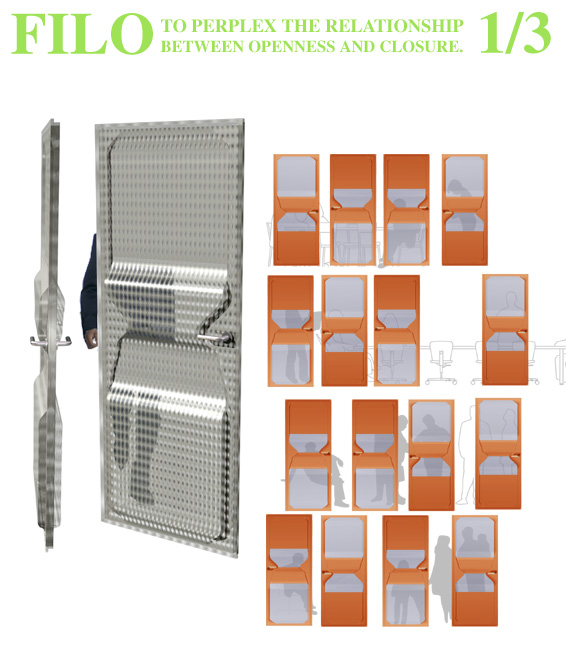 FILO: the door to paradise is more than a state of transit and flow between space A and B or a mere seperating device between rooms. It is a differentiated territorial object that is deeply enmeshed in our inhabitation habits, our working-places, and our understanding of spatio-visual borders.

Our proposal understands interior doors as objects that actively articulate the transitional order of human inhabitation through their gradient visual permeability.

In order to perplex the relationship between openness and closure FILO literally is an inflated structure: it articulates any given visual permeabilities of openness when it is closed.
FILO has four fields of visual permeablity at designated heights (1200 mm or 1600 mm eye level height) and by flipping the door by 180° can be inversed in its special visual qualities.

The door has the standard-size of interior doors (800X2000mm) so it can be implemented in millions of existing (and to-be-built) interior doorframes.

FILO is constructed as a two-layered vacuum-formed transparent plastic sheets that are joined to a solid PVC frame. The sheets are printed with any given positive/negative pattern that allows for the visual (im-)permeable areas depending on the horizontal distance between the two sheets. (distance 0mm = impermeable max. distance 100 mm=permeable) Standard hinges, locks and door handles are applicable to FILO. 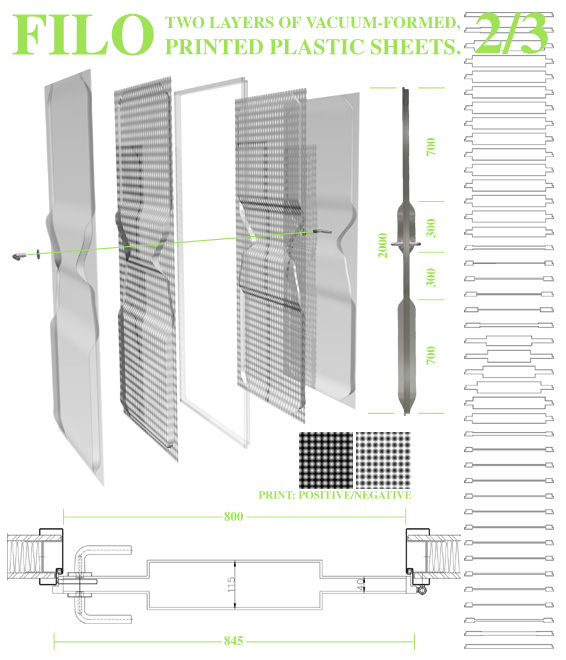 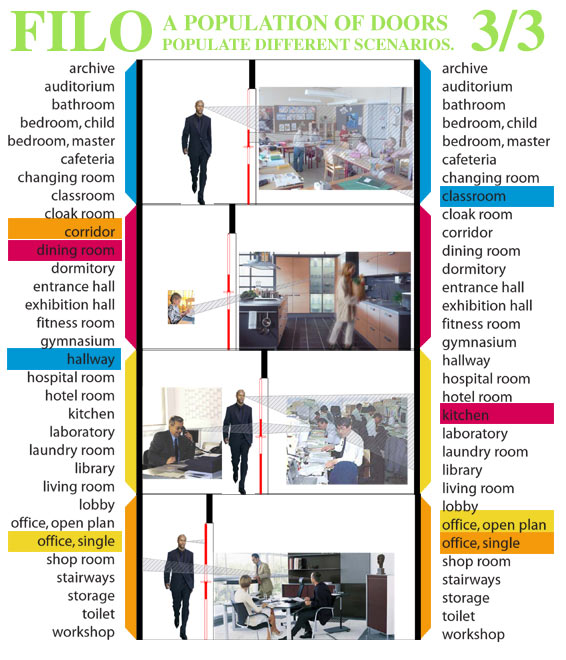 ps.a seghatoleslami
previous next
shortlisted entries (151)
X
5
keep up with our daily and weekly stories