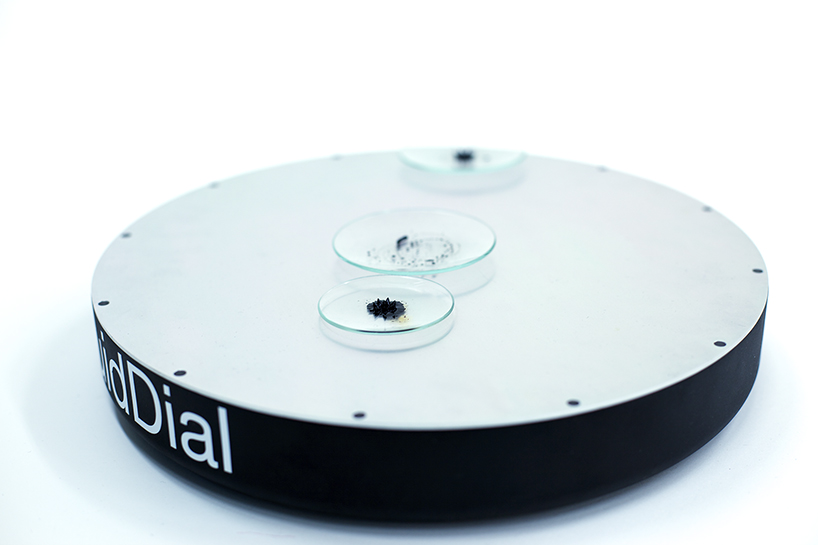 fluidDial is an interactive clock with using fellow fluid. This clock has a distinct elegant in its design because the users are required to manage it to find the time out. Unlike usual clocks it does not show the time unless users manage nothing. This is not a clock to know the time, it is clock to find the time out.
This project is a trial for raising user’s awareness up for the fact that we do not mind the time ritually in the daily life by designing the action that finding the time. I’m trying to provide an enjoyable experience through the action with it.

The concept of the work is quite experimental. In terms of usability, it is an inconvenient clock because the users need to manage the process by themselves. There are two reasons for the concept. One is that I intended to actualize the feeling of taking costs to know the time through the designing the ritual action to find the time. One another is that providing enjoyable process through this action. In ancient times act to know the time was used to be a little bit time-consuming experience. In contrast, our environment is fulfilled with the display of the time on computers, mobile phones, even microwaves so we can check the time easily. I’ve thought we can be more subjective to the time by changing the action that just checking the time to the time spending action. Also I cared about designing the action as an exciting experience not as boring one so I use the beautiful movement and the shape of the fellow fluid. 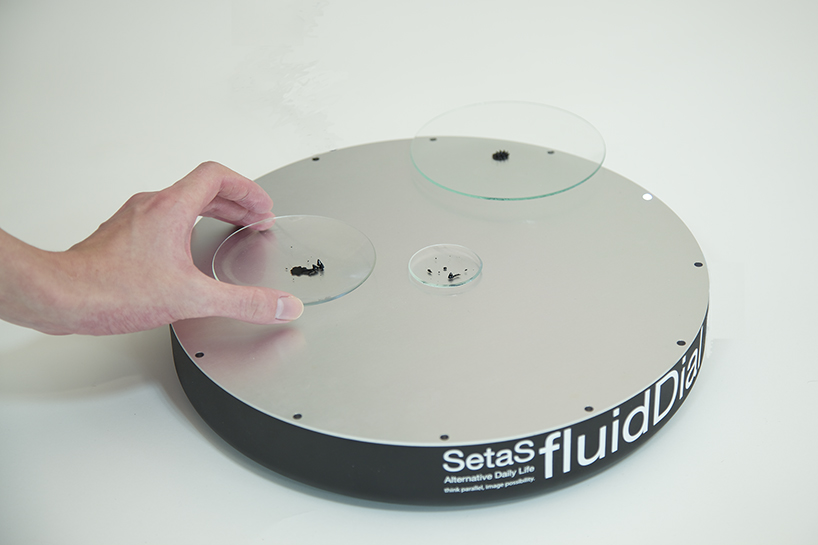 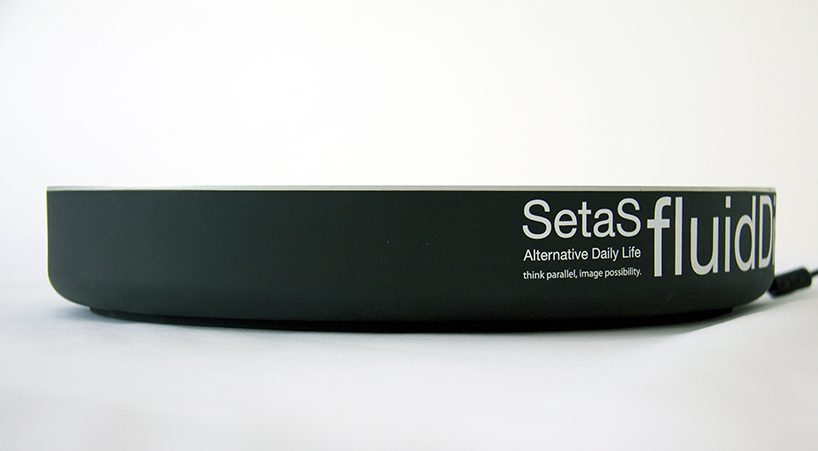 Side view of a housing 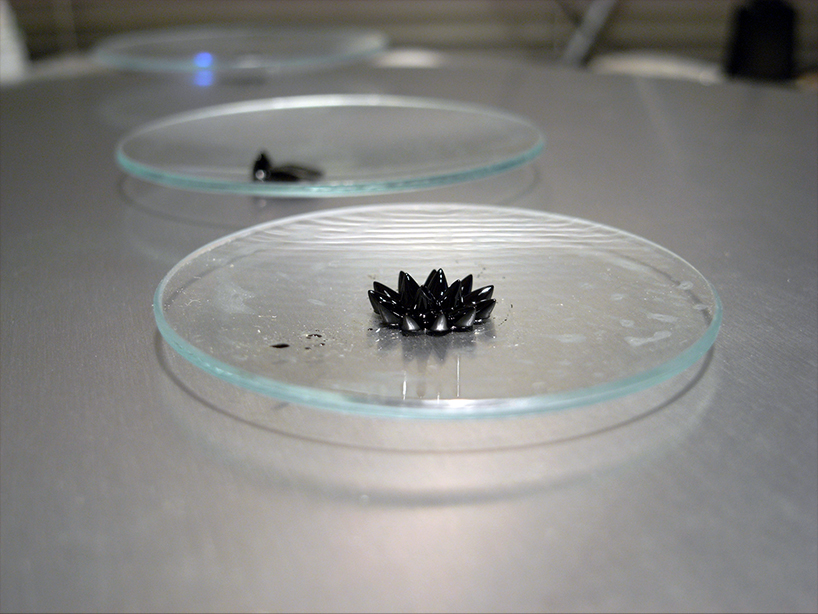 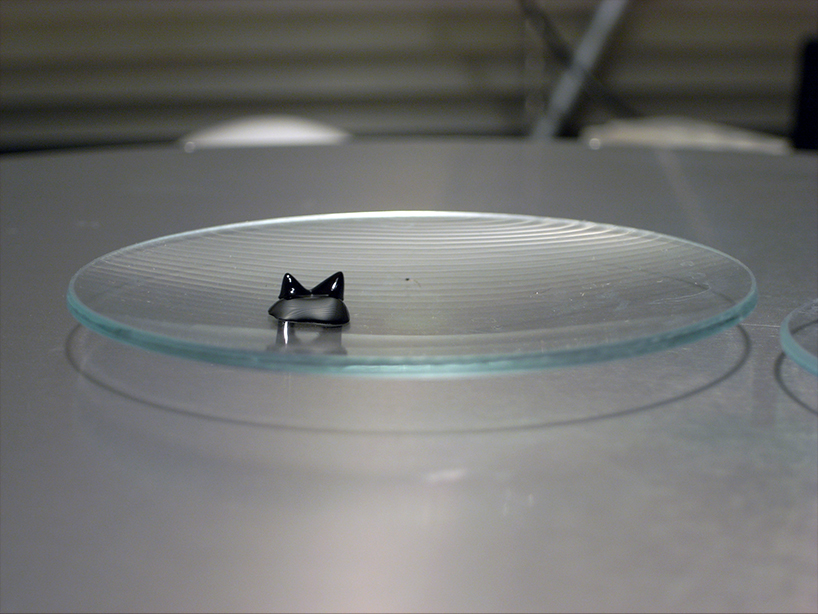 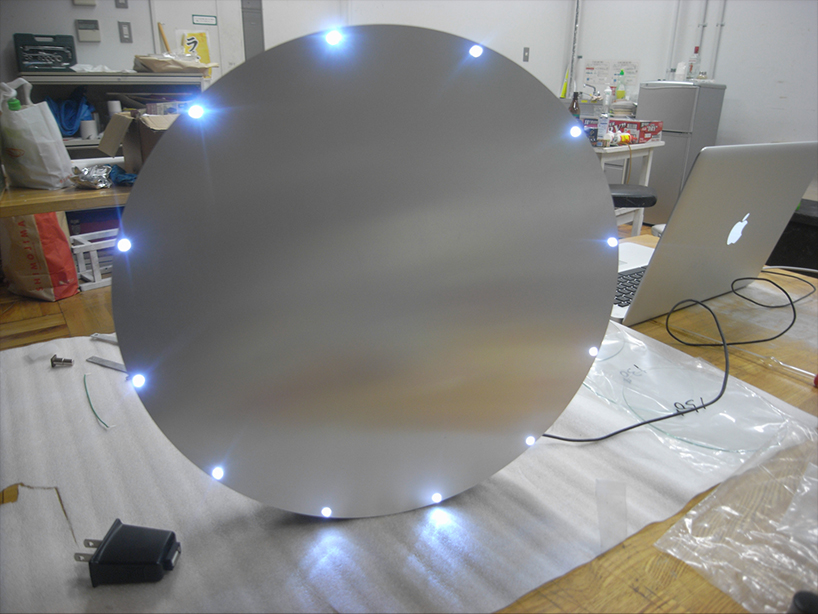