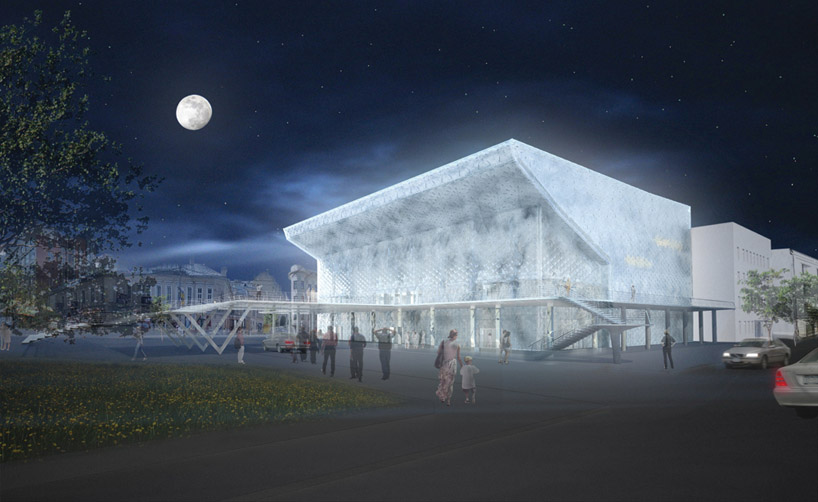 Fog Cinema by 24° studio : from japan

many masters of russian cinema, from the introduction of lumière brothers to russia, then vertov, eisenstien, tarkovsky and sokurov to name a few, have provided us with unimaginable vision of how our world can be seen from a different perspective. through their evolving art of cinema, not only do its visuals stimulate us but furthermore, our subconscious creates a deeper imagination to the contents we literally experience. cinema world allows us to explore the unknown territory that cannot be experienced in the reality. when we enter the realm of the black box and see the events that unfold in front of us caused by the bright projection, and in the most magical moments, we feel like we are participating in those fictional events. the collapse of reality and non-reality creates a metaphysical hyper reality. in this proposal, we question the current state of contemporary cinema house that conceals its facade with various movie advertisements and timetables. understandably this attempt literally portrays the program contained within. but such what-you-see-is what-you-get approach does not stir our imagination leaving no space for wonderings and surprise.

fog cinema proposes a façade for pushkinsky cinema that will be veiled by a mystical fogwall, contained by a geometrical glass panels that dynamically change its face throughout day and night. a sensation that is never provided in any cinema house will further stimulate the imagination of muscovites and visitors of pushkinskaya square. the new façade implements a double skin glass wall with two types of hexagrid patterned glass system on the outer skin: operable flat glass and concave glass made of dupont™ sentryglas® and butacite®. the solid side façade will be restored and coated with dupont™ tyvek® and percotop® and implemented with second layer of hexagrid glass. the new facade will feature the ever-changing visual transformations created by the fog system and the natural/artificial lighting conditions. the fog will be created within the double-skin facade with the help of spray nozzles installed throughout the fogwall. water sources are collected via off-site and from rain water and snow on rooftop. this water will be fed through the underground water collection tank, where it will be purified and fed through the spray nozzles to create fog. the high pressure water fed throughout the fog system will transform a clear double-skin facade into a mystical sensation that temporary conceals pushkinsky cinema. sprayed out water will be collected at the base of the fogwall, and will be fed back to the water purifying tank. the operable concave glass panels serve as rain and snow collectors, and after collecting certain amount of water they diagonally slide and rotate to feed the collected water within the skin to the base gutter. some portion of the water, together with purified waste water from the building will be used for irrigating the plants of pushkinskaya square. the operable flat panels will open and allow fresh air inside the double skin facade to dry the glass after the fog performance is over. 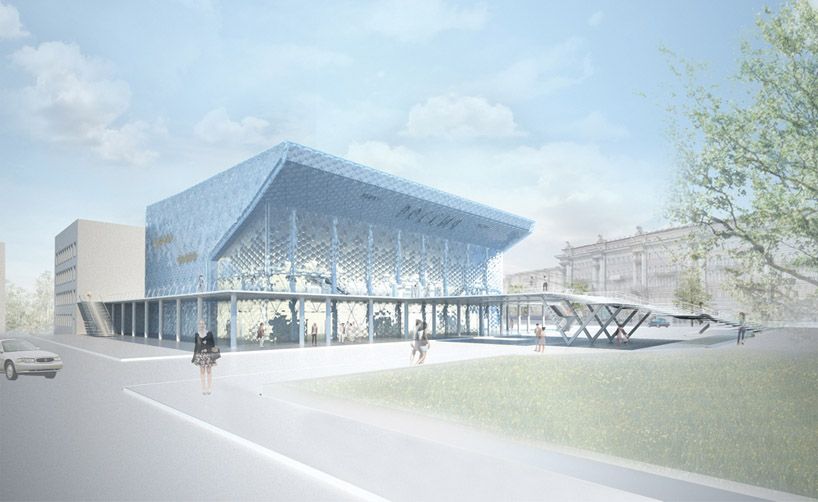 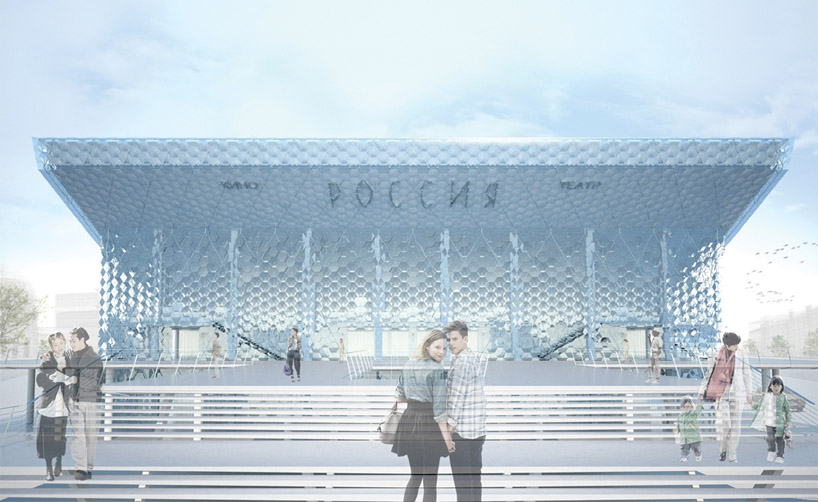 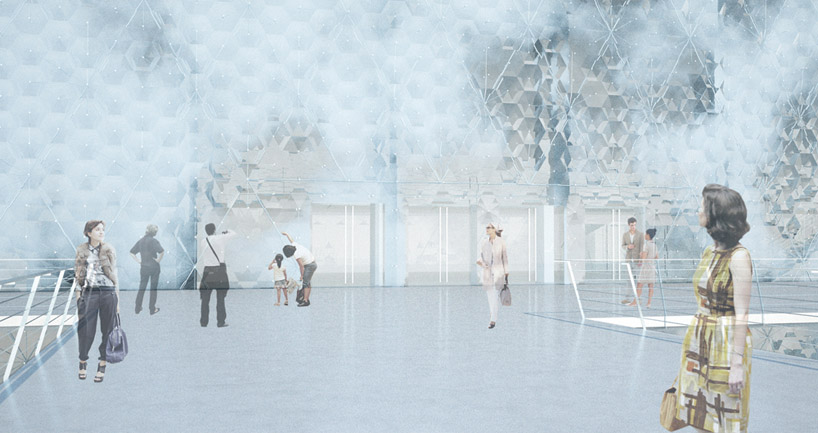 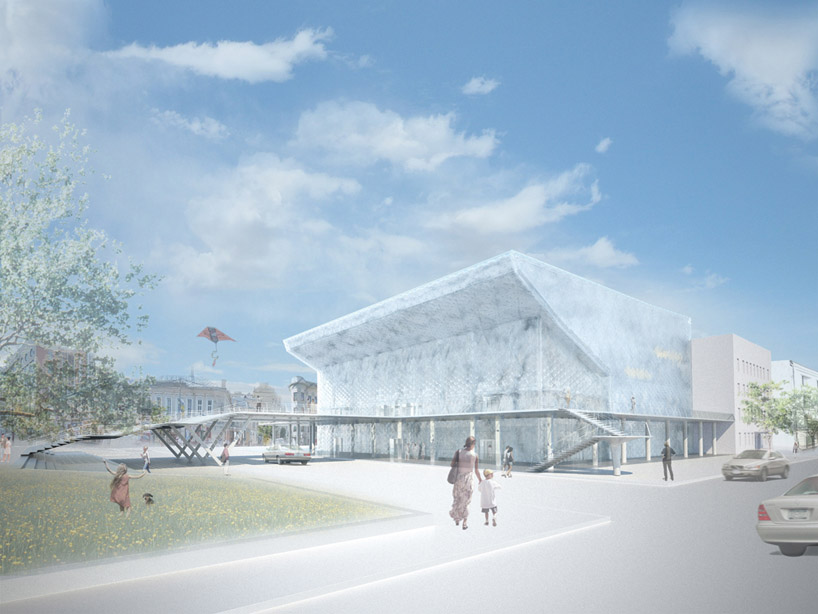 24° studio :
previous next
shortlisted entries (519)
X
5
keep up with our daily and weekly stories