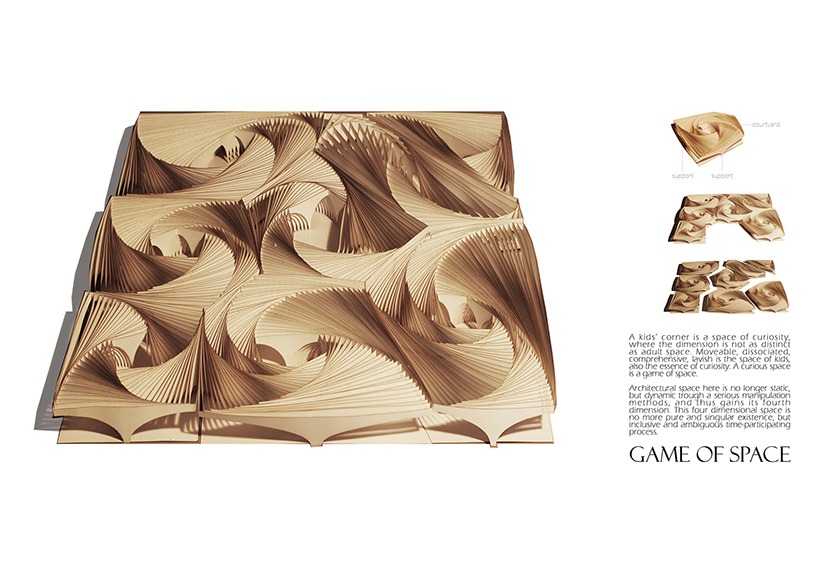 game of space by leinan from china

A kids’ corner is a space of curiosity, where the dimension is not as distinct as adult space. Moveable, dissociated, comprehensive, lavish is the space of kids, also the essence of curiosity. A curious space is a game of space.
Architectural space here is no longer static, but dynamic trough a serious manipulation methods, and thus gains its fourth dimension. This four dimensional space is no more pure and singular existence, but inclusive and ambiguous time-participating process.

1.The development of photography made it possible for the first time to decomposition a movement into static frames. The logic is simple, if motion can be split to static, so do static composed to motion. But it requires the participation of a time shaft. What if the time shaft is absent? Ordering status of different times present simultaneously, and in turn approximate to some extend the attributes of the four dimensional space: the whole truth opened up to you, at the same time.

2.The physical model of logarithmic spiral can be interpreted by an interesting model: cat chasing mouse.When this chasing happens, the cat's velocity and direction is based on the instant location of the mouse. On the other hand, the motion of the mouse also depends on the cat in front of it. Their behavior decides the track of their motion, and turns out to be the logarithmic spiral.

3.Points with rotation symmetry, chasing in turns after each other at same speed, will make a sequence of points in form of logarithmic spiral, a common morphology law in nature in control of lots of creatures and geology phenomena. The consequence depends on a further rule, whether the inflorescence out of cell division, or the form of pearly nautilus out of tissue growth. In our time of architecture, faced with ideas or typology, what determines is more computer logics than human logics.

4.The definition of boundary- complicated space out of yard cores

(1). Determine the general outer boundary and position of courtyards.

(3). Handle each unit by rule of spiral. 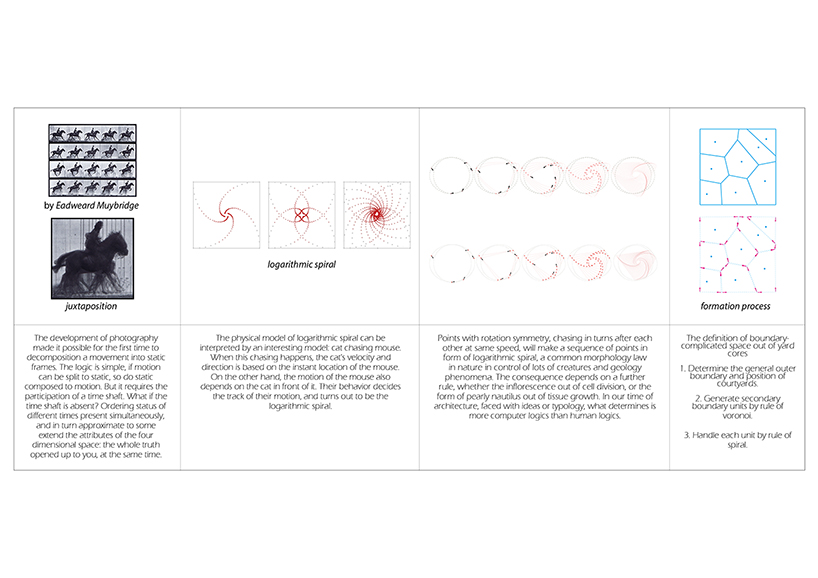 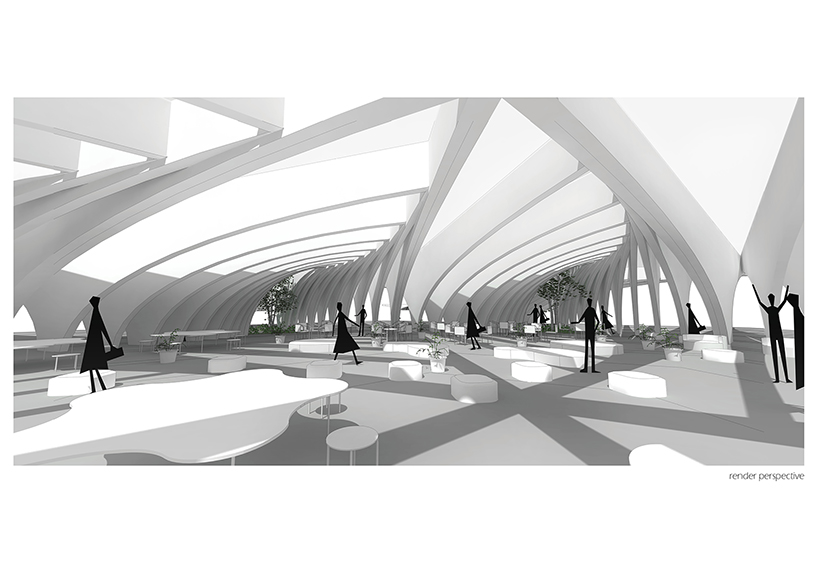 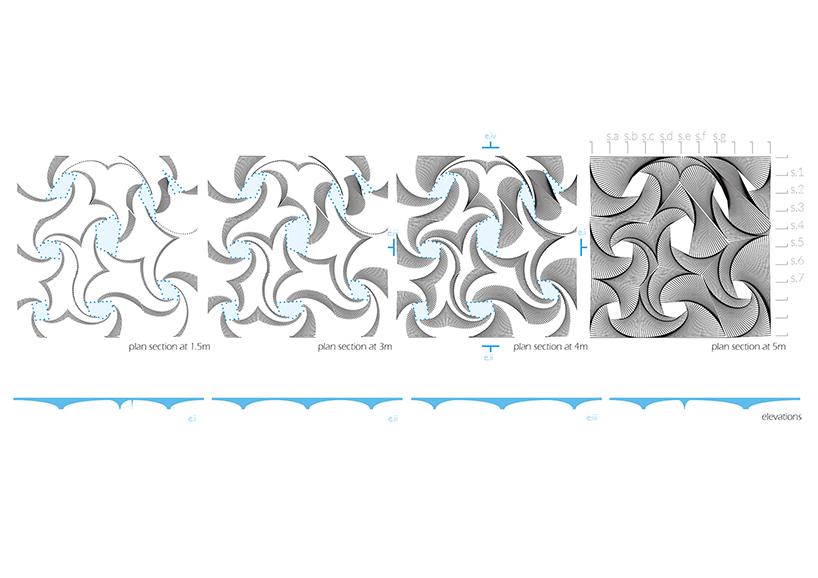 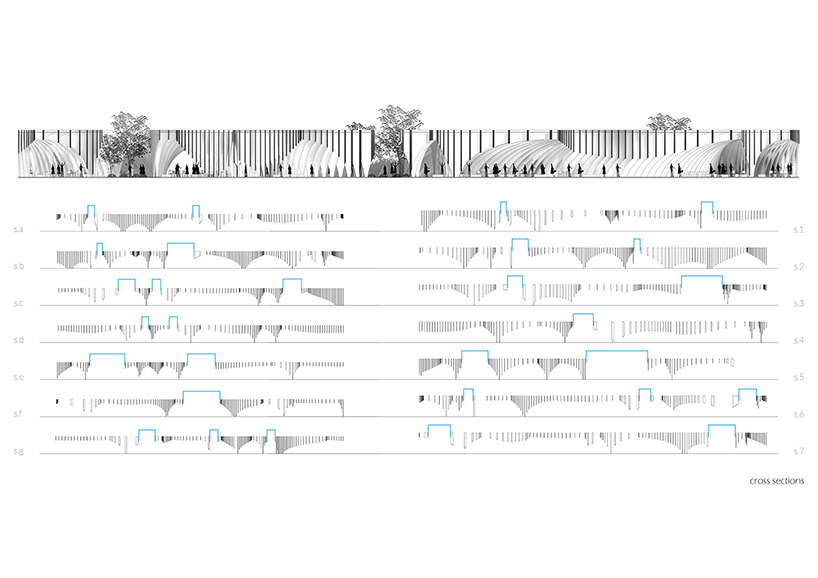 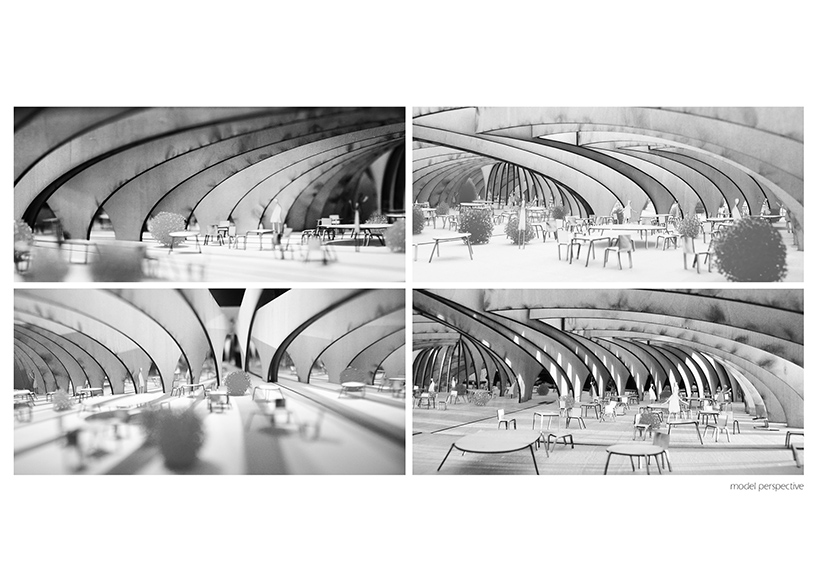