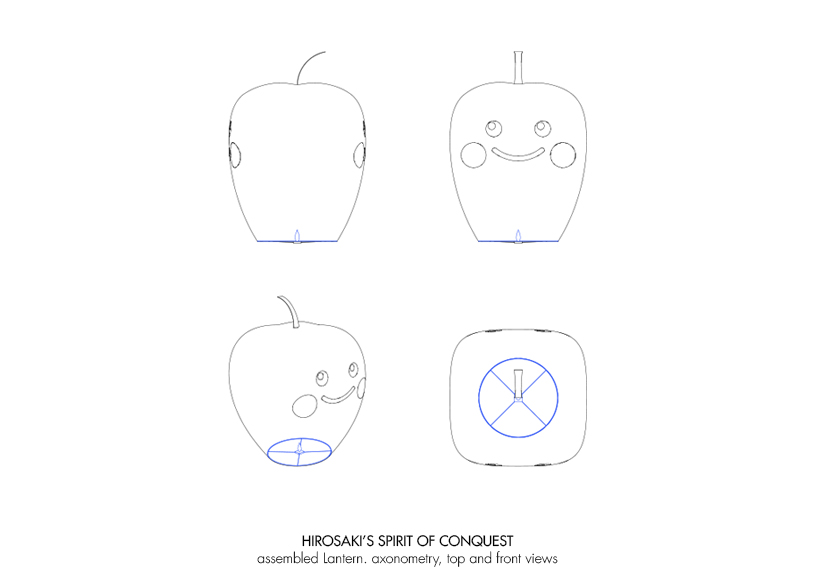 IDEA
The concept is to recreate the conditions of natural seeds dispersal by using the wind.
These are used every year after the harvest (august to november) to bring a large public in the city. The idea is to create a day or period to celebrate Hirosaki’s Apples by freeing the lanterns and seeds in the wind and being grateful to the nature and for the harvest.

MATERIAL
Each sky lantern is enterely biodegradable and made with paper, bamboo for the structure, paper wax for the candle and natural string to attach it.
For the shape, oiled rice paper is specially prepared for this event and has apple seeds included in its preparation, in such a way that the seeds will use the paper as nutrient to develop once the lantern meets the land. The ink used to print is biodegradable.

VISION
The randomness of the seed dispersal recreates a natural form of colonisation. The seeds provenance are visually recognisable as Hirosaki’s apples thanks to the red apple looking lantern. The tree growing from this dispersal is the testimony of something bigger than us, an unstoppable force, seen as Hirosaki’s spirit. 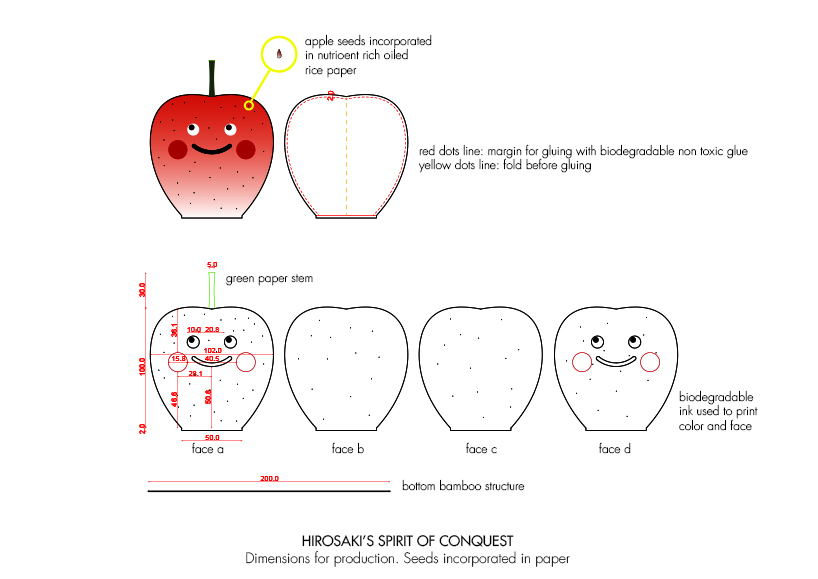 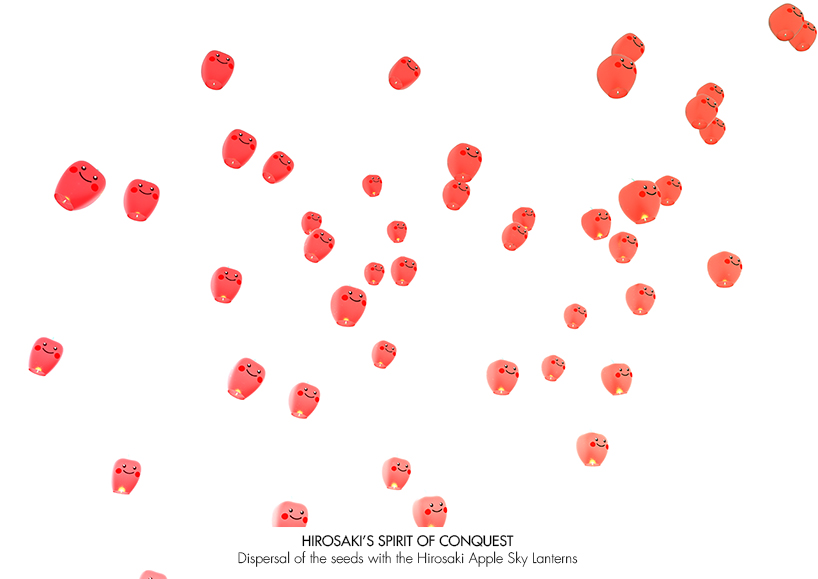 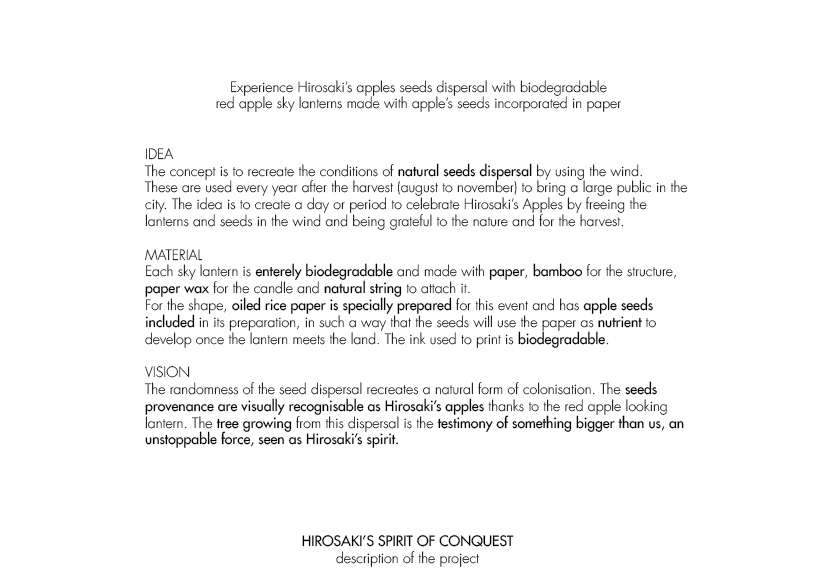 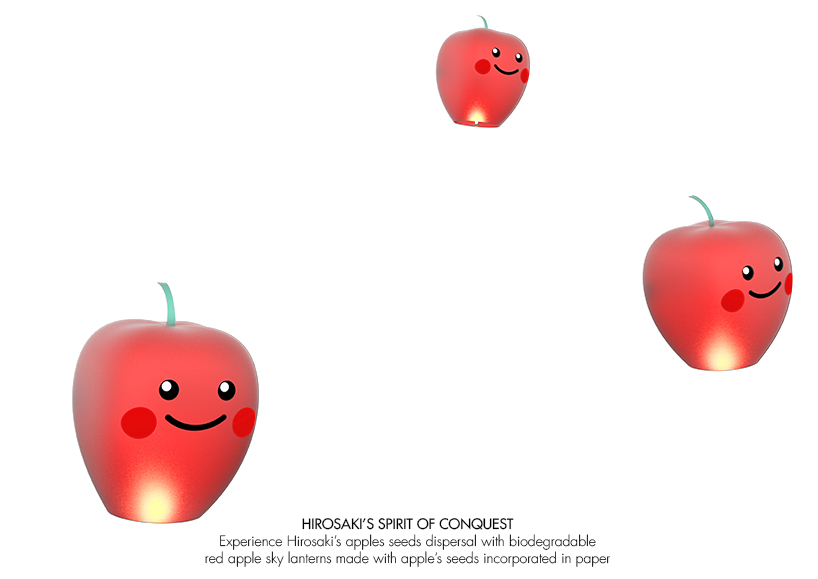 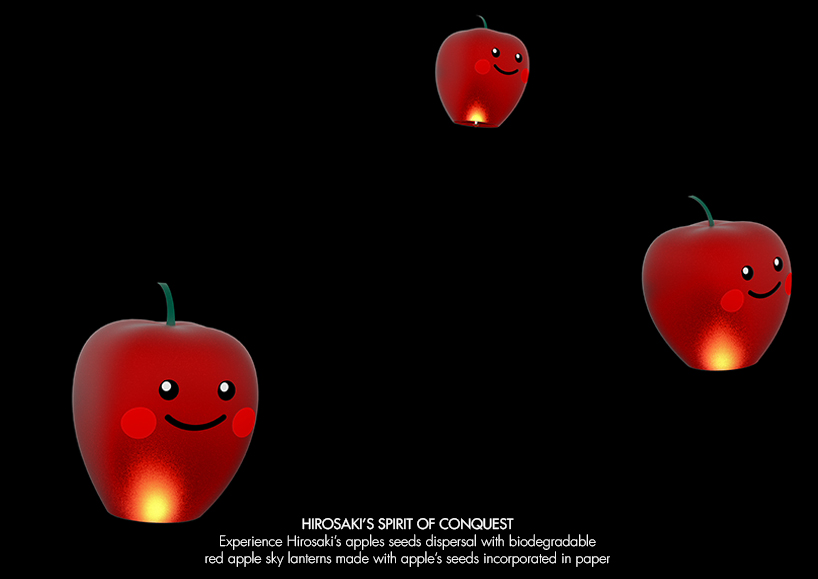