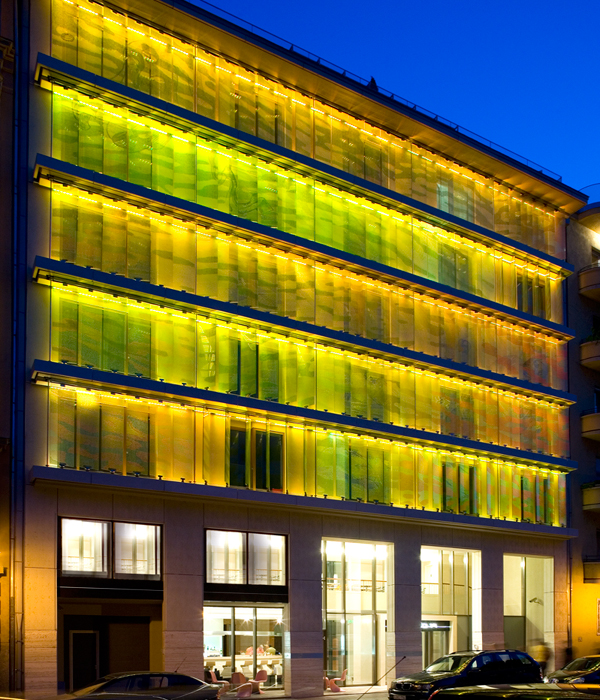 The project is part of a complex design work at a hotel right at the riverside in Budapest, which is a responsive glass facade system consisting of 150 unequally processed panels.

The entire surface is moving permanently as well as illuminating by night according to environmental influences around the building. Controlled by weather sensors the facade responds to changes of wind, temperature and light conditions.

While the light is flowing slowly like the river, wind triggers contrast and temperature alters the color range.

The result is a symbiosis between architecture, design and the environment. 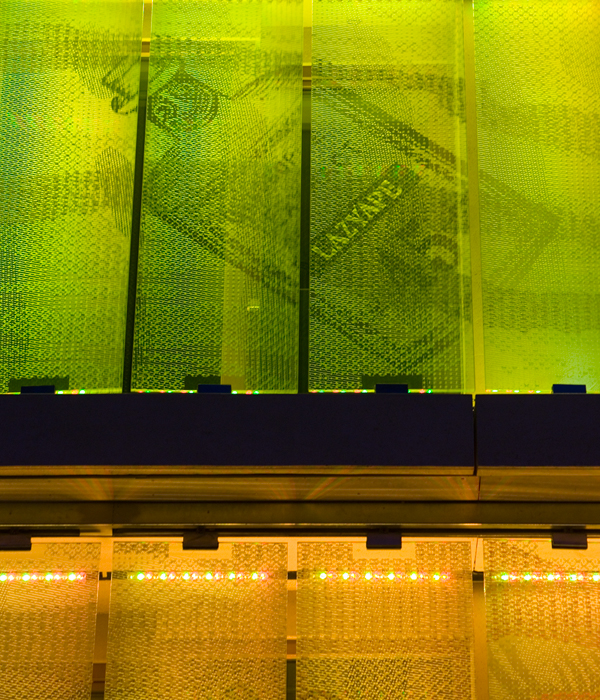 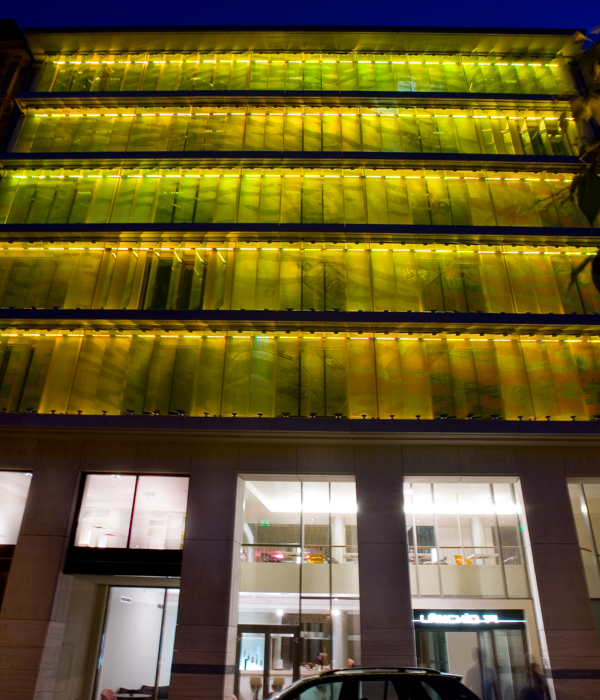