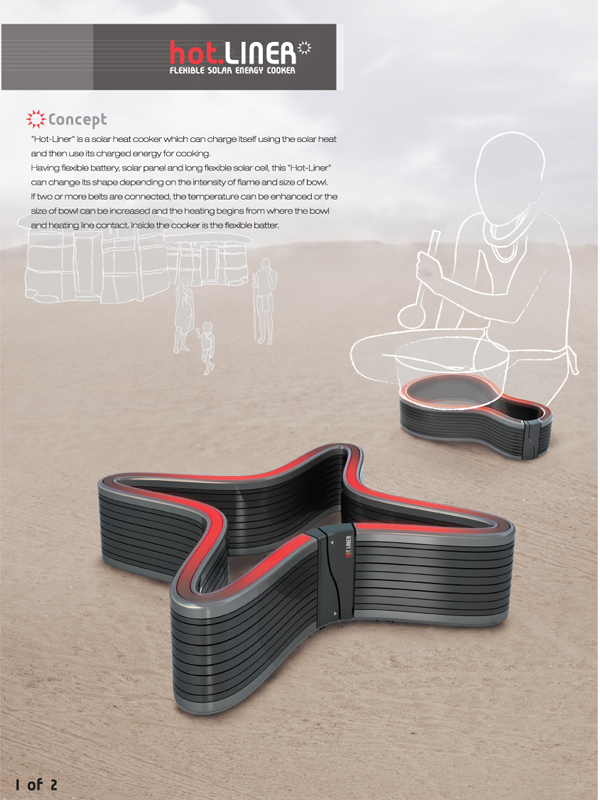 The solar cooker will be a device which some people should have in a period when severe desertification, drought and flood are rampant.

Generally, most of people living in African countries use the firewood as their cooking fuel. To get the firewood, they cut a lot of trees and thus destroy the ecosystem unconsciously, thus helping to increase the desertification of Earth. In addition, when the firewood is burned, the carbon dioxide gas is discharged into the air, causing the climate changes.
Under this situation, "Hot-Liner" is a good device. It is designed to convert the solar heat into the electricity, which then turns into the cooking heat. It would help about 3 billion people which are in poverty around the world upgrade their quality of life.

"Hot-Liner" is a solar heat cooker which can charge itself using the solar heat and then use its charged energy for cooking. Having flexible battery, solar panel and long flexible solar cell, this "Hot-Liner" can change its shape depending on the intensity of flame and size of bowl. If two or more belts are connected, the temperature can be enhanced or the size of bowl can be increased and the heating begins from where the bowl and heating line contact. Inside the cooker is the flexible batter. 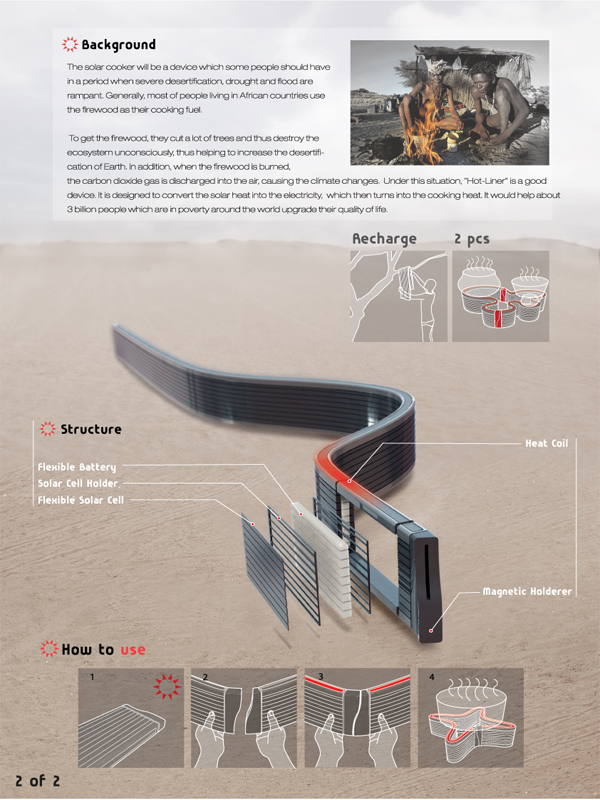