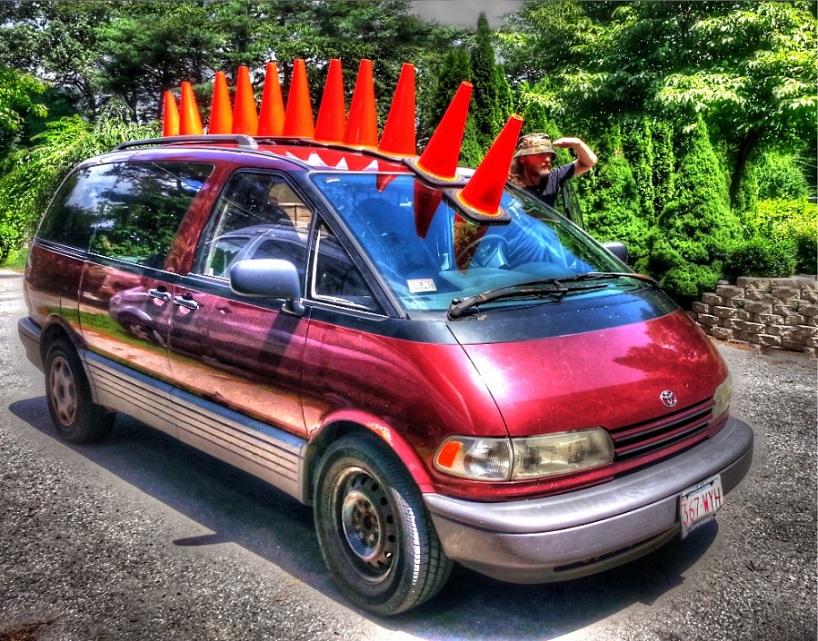 I’ll never give up my Toyota! by Viktor Genel from usa

I’ll never give up my Toyota!

A symbolic image of an antique car breaking through a line of traffic controlling objects.

This design gives a spectator a very influential impression of power and perseverance. The image is also endowed by a subconscious reference to one of the most powerful types of rock music – punk.

The foundation behind this design is an idea of road and car being two parts of the same entity called transportation. We are accustomed to treating roads and cars separately as two distinct species, inherently different, sometimes antagonizing.

In reality, they don’t exist separately, without each other they are meaningless and empty. At the same time, when being put together roads and cars are not often in sync with each other. Their relationship is bumpy, to say the least. They relationship must be governed. That’s why humans concoct various devices to control their interaction. And the most primordial and primitive means of control are traffic cones.

Traffic cones’ very existence is meant to curtail cars, to make them follow beaten paths on the road. Cars don’t like it; cars run over cones, cars smash the cones. Or maybe they can just go under like bulls go under toreadors’ cape? Maybe they can just separate the cones from the road?

Thus, the design – symbolizing the extreme determination of an old car which just won’t give up… 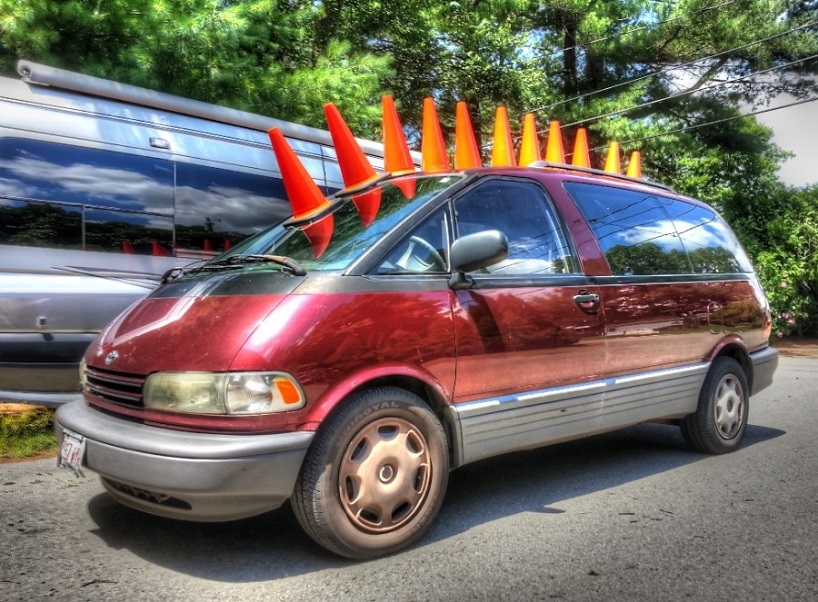 Maybe they can just separate the cones from the road?