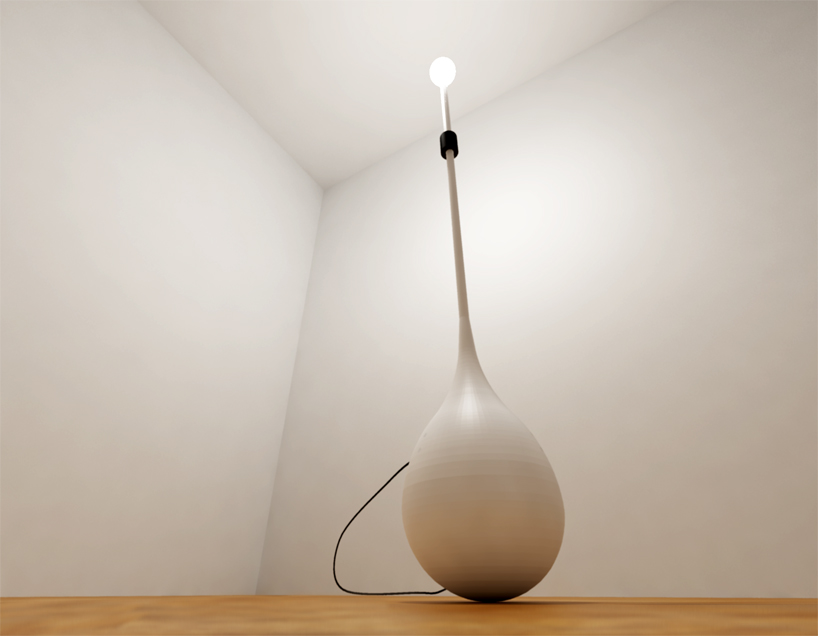 klava by rudy davi from italy

Klava is an object of great versatility as it can be oriented in several positions in function of the needs of the subject and in the same time preserving the precise position.
With a proper study of physical-mechanical system, the lamp has the right to be placed in various positions and remain in the position sought.
A combination of masses, moments and consequently barycenters has led to the result of an object of surreal effect.
The weights involved are a steel ball inside the spherical case and a metal cap where the ball has the chance to rotate. The result is the stability of the lamp in its infinite positions thanks to the force of friction that is generated between the combination of masses.
A teflon element, which acts as a rocker arm sliding along the vertical stem, allows to adjust the forces involved, whenever there will be a replacement of the bulb that can be heavier or lighter.
All the outer casing will be made of carbon fiber, subsequently painted in white with an abrasion resistant finish provided in the bottom of it that will be in contact with the floor. 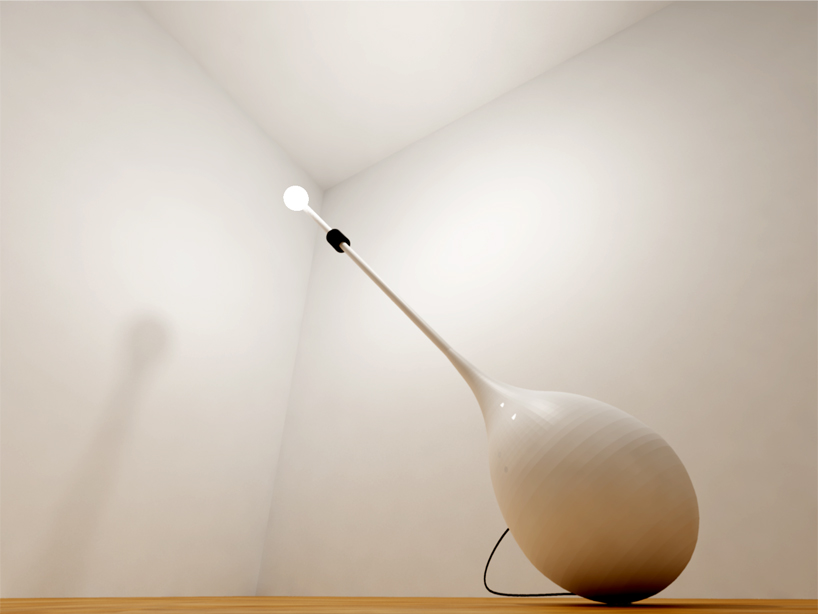 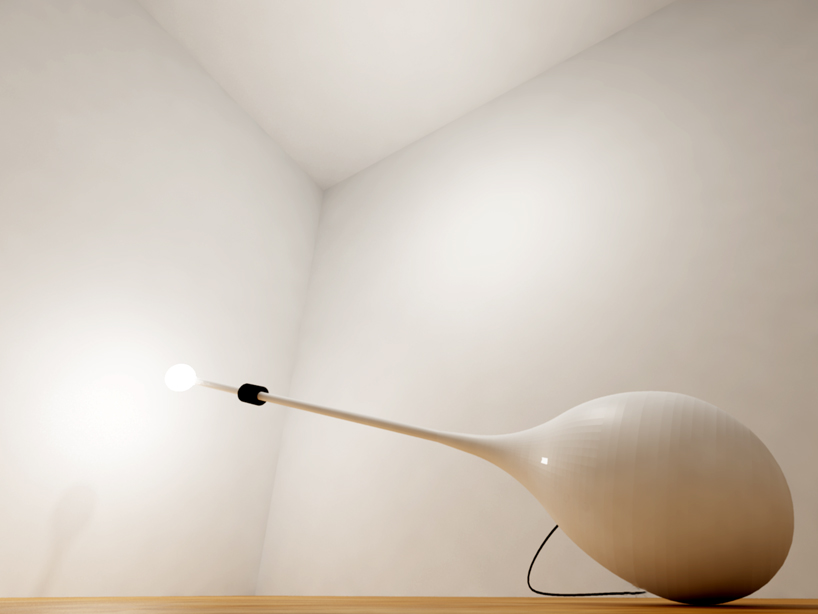