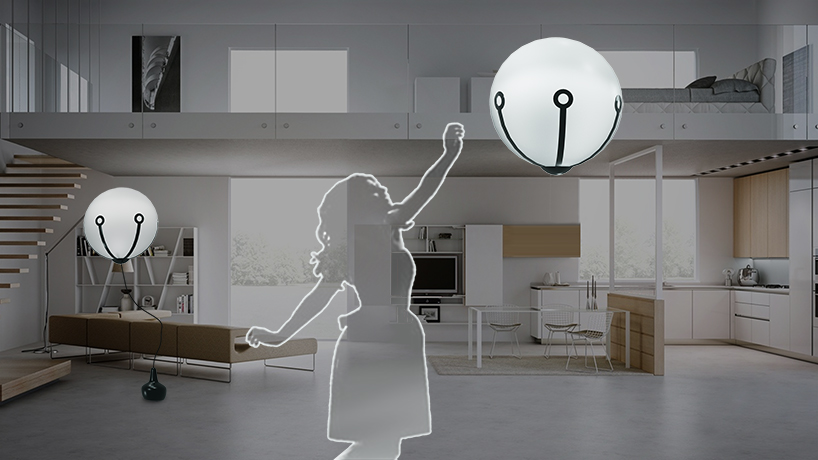 Lev Lamp is a levitating lamp filled with helium, resembling a balloon. It aims to motivate people for physical activity at indoor spaces by appealing to emotion, playfulness and “positive memories”. People are motivated to move the body in order to “play” with the lamp.
Besides its physical benefits, LevLamp also aim to help people to develop their motor coordination skills, and to provide opportunities for social interactions. LevLamp is a "interactive living object". It flies freely in an enclosed environment according to the air currents. The perfect balance between the lamp’s lifting power and it’s weight allows it to fly steadily during days without the necessity of recharging it with helium. The interactions are based on touch sensors and change color LED's.

Technology and other modern conveniences enable us to move less, making physical activity optional. This type of living have been heavily influenced by the expanse of diverse forms of entertainment, such as TV’s, smartphones and computers. Along with such types of entertainment, a large number of workers have shifted from physical labour to office jobs. Finding ways to get exercise throughout the day is an essential part of shifting from a sedentary lifestyle. Practices like using the stairs, exercising legs and arms even while sitting at a desk are all excellent ways for someone to increase physical activity.
Just a few generations ago, physical activity was an integral part of daily life. Products that remind us of the past and bring us positive memories can become emotional triggers that can motivate people for a more active lifestyle.
The inspiration for this project came while observing children and adults playing with a helium balloon during a music festival. I was inspired with the idea to integrate technology and interaction in this playful and emotional object. The idea was to use the balloon as an emotional trigger that could motivate people to be more active at indoor spaces. Users could interact with the balloon in order to receive a feedback from it.

In the beginning of the project it was stabilished that the product should be used by everyone, no matter age, at indoor spaces such as living rooms, offices, etc. The goal was to motivate people to be more active during daily activities.
Several working prototypes have been developed, from basic party balloons to high-tech prototypes with microcontrollers and sensors. It was first tested how the balloon could fly freely in an indoor space, without any electronics. I did that in order to understand its flying characteristics and for how long the balloon could fly without losing its pressure. The perfect balance between the balloon’s lifting power and it’s weight allows it to fly steadily during days without the necessity of recharging it with helium. In order to create a good interaction between user and product, it was designed a interface that can be, at the same time, attractive and that can deliver the idea of touching (touch sensors) more clearly.
The user tests went really well, showing that the concept can be applied into a consumer product. It was evident that people felt attracted to the the product. During these tests, It possible to realized that this concept can achieve many persons at one time, creating social interactions. Also, it was possible to see that the concept delivers happyness, maybe due to the fact that the balloon makes people remember of past memorable experiences.
The goal to make people more active was also achieved. A diverse number of users felt the desire to interact with the product. Raising their arms to touch the lamp, standing up from the chair to play with it, etc. It makes people more active without any extra effort, using emotions as the main trigger for motivation.

LEV Lamp in use – 3D perspective 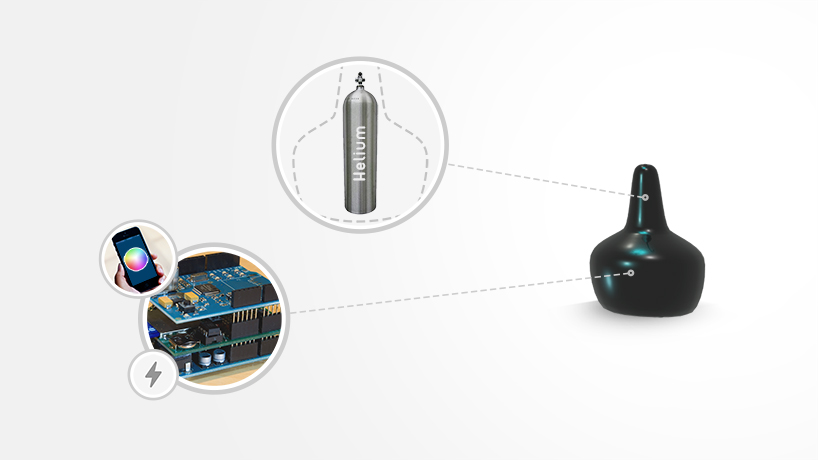 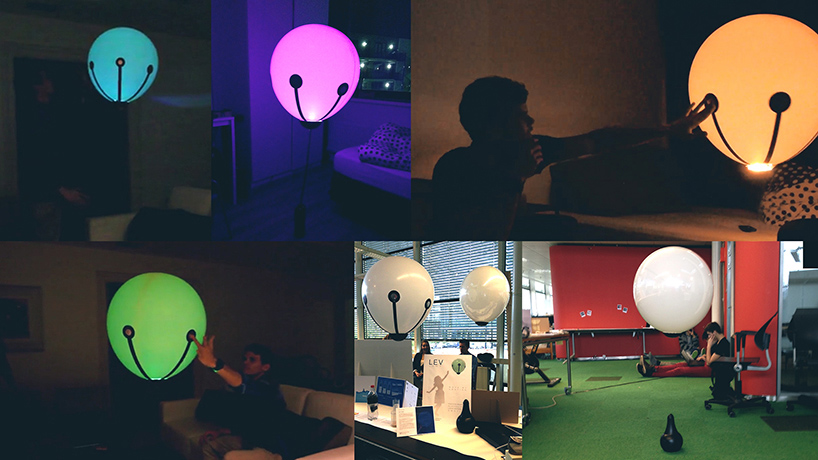