the skin of Corian® 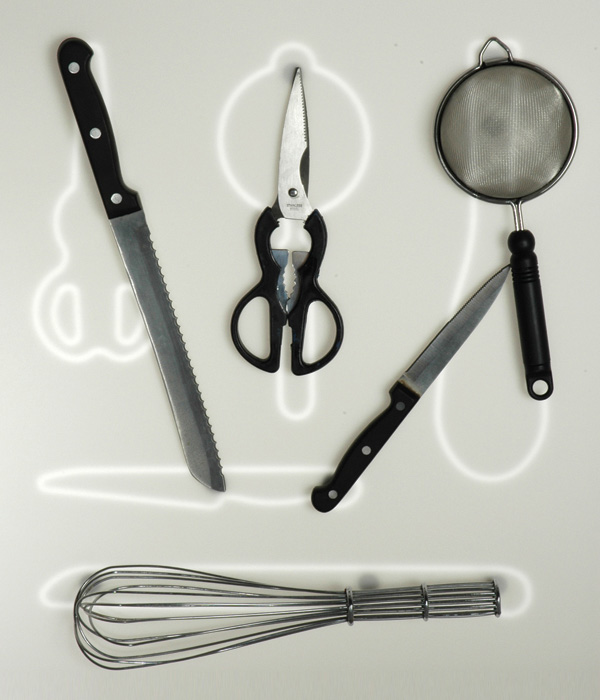 Corian is a compact material that is mostly used for the creation of solid surfaces because its hard and liscious surface is resistant against scratches and stains. It is also easy to fix and clean. It was important to me to use these qualities in an effective way in order to justify the high costs of the material.
I decided to create an object for the kitchen out of Corian for its hygienic and resistent characteristics. The name of the object "Lucid lining" gives already an idea of its essence. Lucid lining is an illuminated Corian wall covering, that begins under the upper cupboards and goes in a curve along the back wall to the counter top, functioning as a lining of the wall itself (see picture "description"). Where the lining begins, underneath the upper cupboards, a plexiglas sheet is inserted into the Corian board allowing the light of a neon lamp to shine through which offers an optimal working light. There is not only this vertical light from above but also a frontal light which hides behind the Corian board and gives an ambient light through the transluceny of the material Corian "Ice White".
When the lamps are on, the user will soon get aware of shining outlines of kitchenware on the lining. The outlines are milled from behind and indicate that various utensils can be attached on the board through magnets that are inserted from behind.
The idea of holding objects by attracting them with magnets can be used in other cases as well. Imagine, everything sticks on the wall without glue or hooks and can be moved to several different positions. One example are the flower pots that can be either attached on the Corian board when needed or be put on the windowsill. The pot consists of Corian "Ice White" with an inserted metall plate on the backside.
The playful functions of Lucid lining can be developed further by adding other elements and not only making the kitchen a steril working place but also a space where one enjoys to be in. 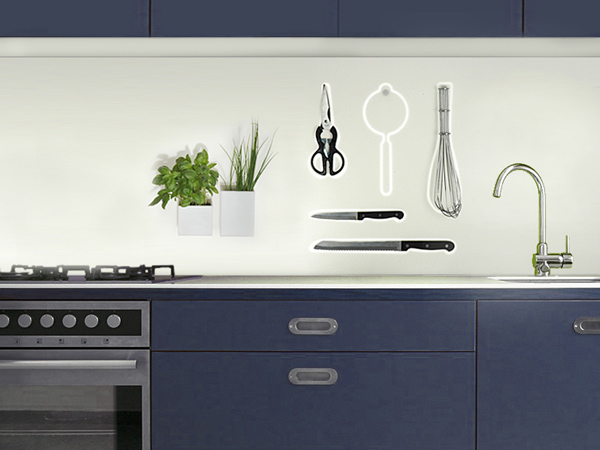 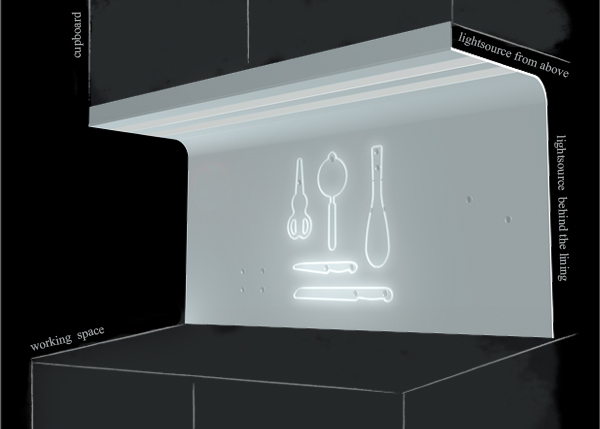