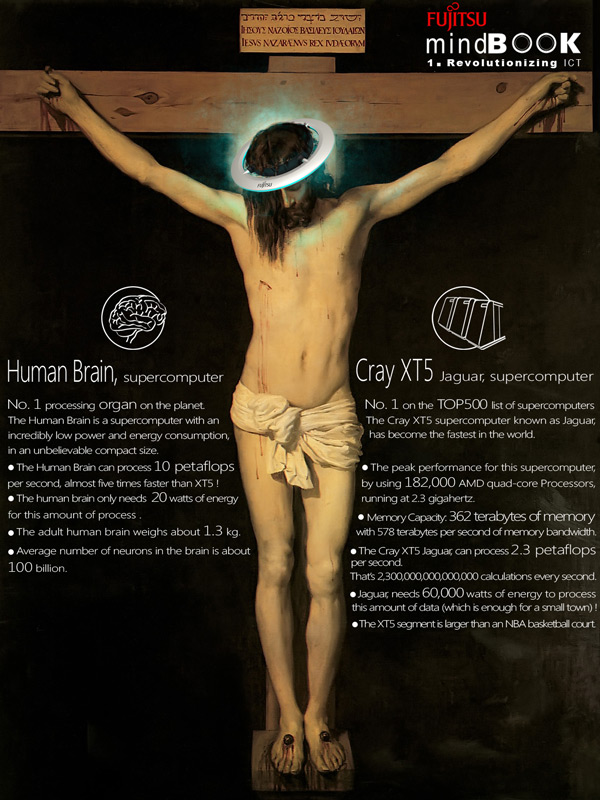 mindbook by iman maghsoudi from germany

Cray XT5 Jaguar is the worlds, fastest supercomputer. It has 182,000 AMD quad-core processors, and it is larger than an NBA basketball court. Jaguar can process 2.3 Petaflops per second, by using 60,000 watts of energy.

An adult Human Brain, weights about 1.3 kg, and it can process 10 Petaflops per second by using 20 watts of energy!

The mindBook is a Device that runs specific software as an Operating system for the brain, to use its’ incredible processing capabilities.

It uses venting acoustic monopoles that inhales and exhales air with sub audio frequency between 1/2 to 2.5 HZ which affects the autonomic nervous system, and imports data into the brain. 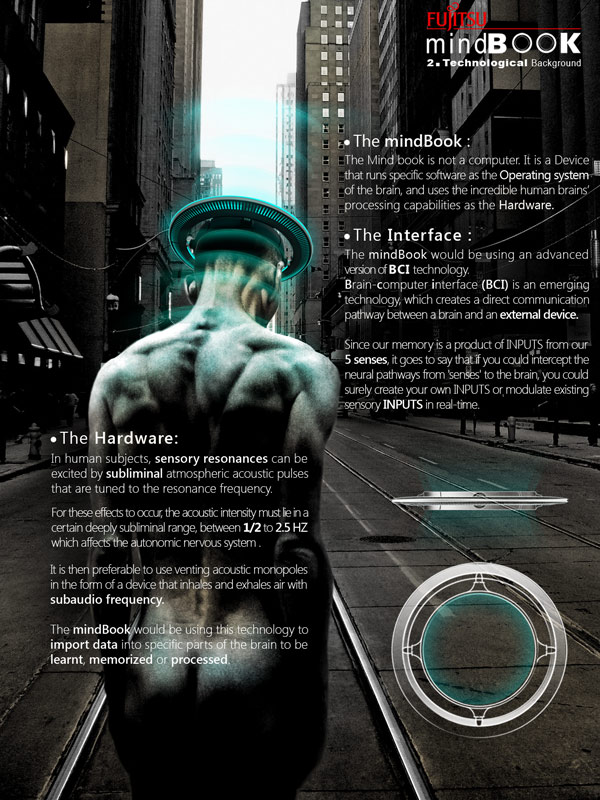 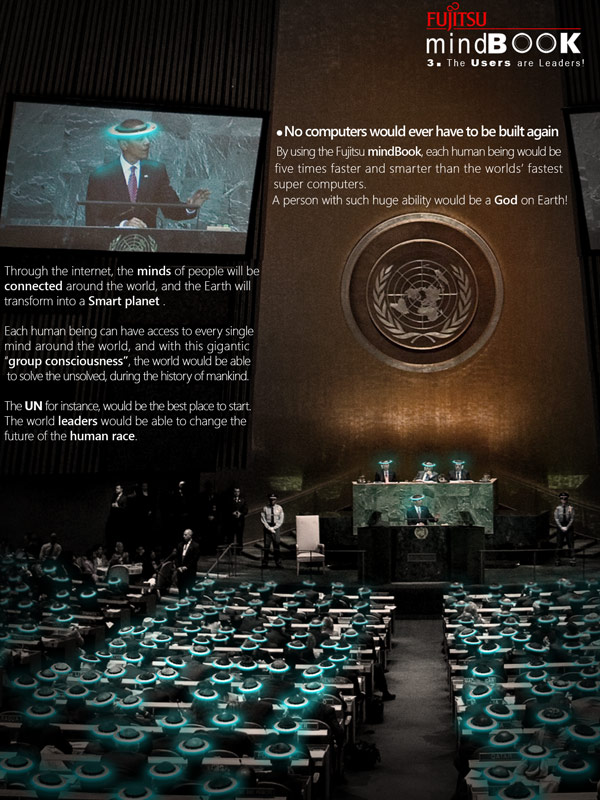