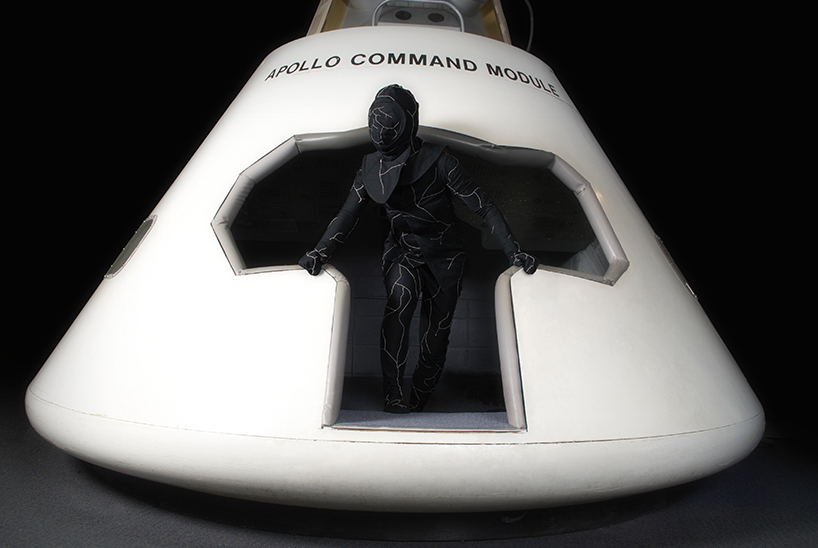 The Mushroom Death Suit is green couture for the modern and futuristic postmortem body.

Over a lifetime, we consume energy and resources such that our bodies accumulate up to 219 toxic pollutants, including pesticides, heavy metals, and preservatives, according to the U.S. Centers for Disease Control. The Mushroom Death Suit facilitates the decomposition and partial toxin cleaning of bodies using a collection of fungi, ‘Infinity Mushrooms,' which are known to remediate toxins such as methyl mercury, dioxins and furans, and polychlorinated biphenyls (PCBs), among others. These environmental benefits go hand in hand with the return of the body to the earth and taking responsibility for our own pollution of the earth.

The Mushroom Death Suit consists of a base layer of organic cotton that allows easy dressing and undressing of a still body. The upper layer consists of netting embedded with Infinity Mushroom spores and mycelium (the "roots" of mushrooms), which allows the Infinity Mushrooms to grow and spread across the body. The netting pattern mimics the dendritic pattern of mycelium growth.

The Mushroom Death Suit addresses current social, environmental, and economic needs--for low-impact funeral options, the increasing scarcity of land and resources, the growing toxicity of our land, air, and water, and the desire for a more holistic relationship with nature. It is also a futuristic, visionary proposal for bodies when space travel and colonization will be the norm. Mushrooms have been studied as ideal space as they require little energy, light, and water to grow yet provide numerous environmental and agricultural benefits. As such, the Mushroom Death Suit may be the ideal futuristic postmortem option. 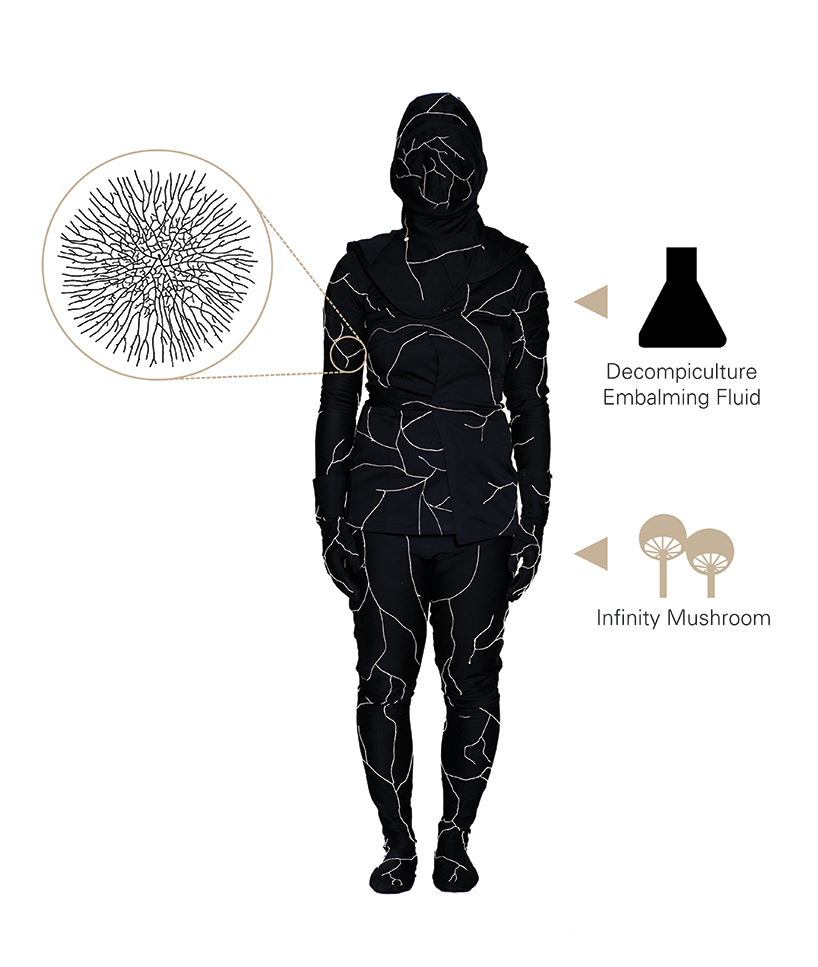 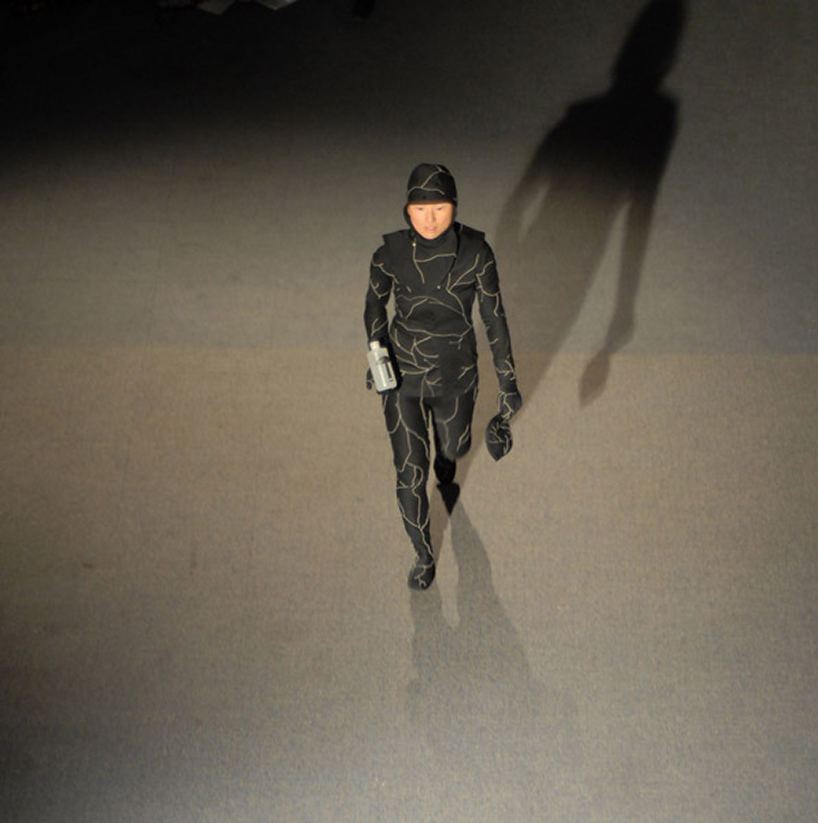 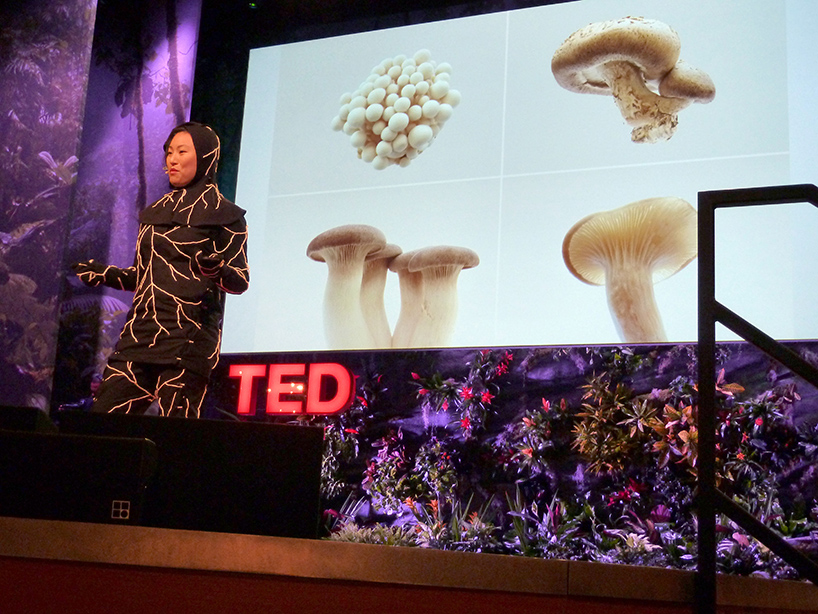 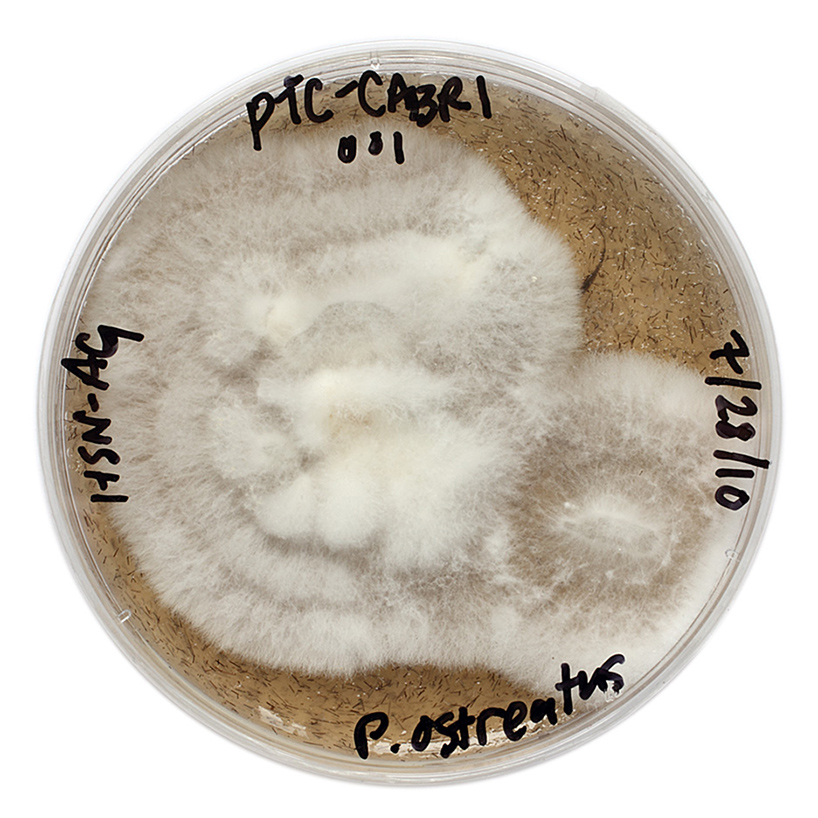 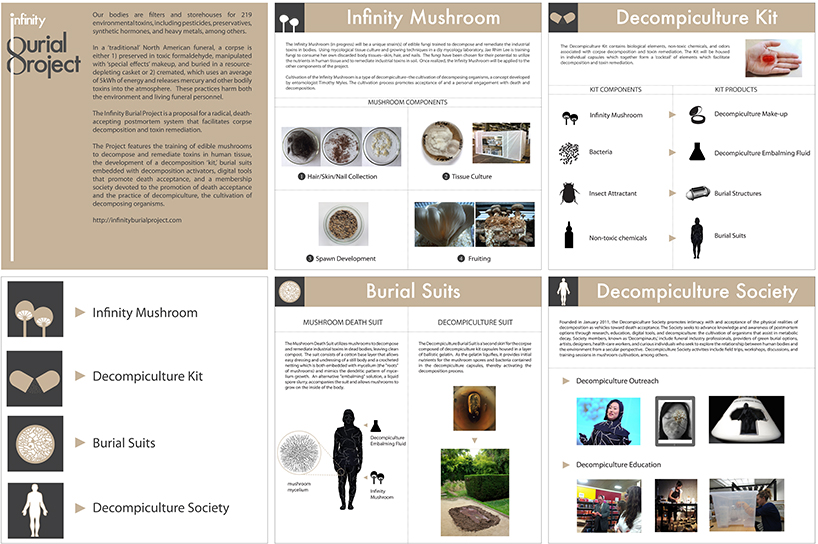