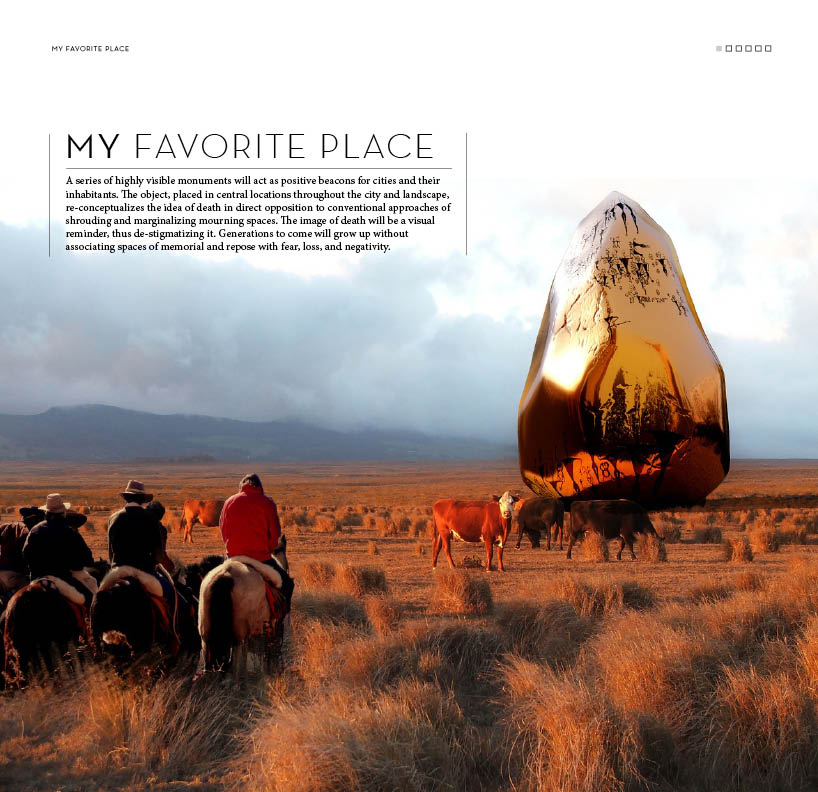 My Favorite Place by Thomas Series from usa

Reinterpreting mourning and burial spaces as public sculptural objects allows them to exist in more personalized places formerly deemed unsuitable. The visibility of the megaliths shifts the process of mourning to be integrated into the city itself, in spaces respective mourners designate, in the appropriate fashion they designate. We believe that the design of a space for mourning does not have the ability to offer emotional comfort over losing a loved one. Rather than being funneled into a specified space, a more meaningful process of mourning can come in the form of a quiet moment of contemplation in the park, or reflection on a shared memory in a certain place.

Reminiscent of ancient monoliths that honored the dead, the monuments aim to detach themselves from any distinctive architectural style, even from architecture itself, and instead aim to be seen as mystical objects meant to evoke a sense of wonder. The surface area of the monolith contains an interactive network of lights, able to be digitally called by family and friends to emit a serene light indicating the interior location of the departed individual. The glowing light becomes a symbol of remembrance, something universal representing the energy of the individual released back into the universe after their departure. The design understands that it will be difficult to alter established rituals and ceremonies. Instead it aims to produce an image that is open-ended so that every culture can adapt to and integrate it into their beliefs over time, creating a society where death is seen as a natural process of life.

A series of highly visible monuments will act as positive beacons for cities and their inhabitants. The objects are placed in central locations throughout the city and landscape and re-conceptualize the idea of death in direct opposition to conventional approaches of shrouding and marginalizing mourning spaces. The image of death will be a visual reminder integrated into daily life, thus de-stigmatizing it. Generations to come will grow up without associating spaces of memorial and repose with fear, loss, and negativity. 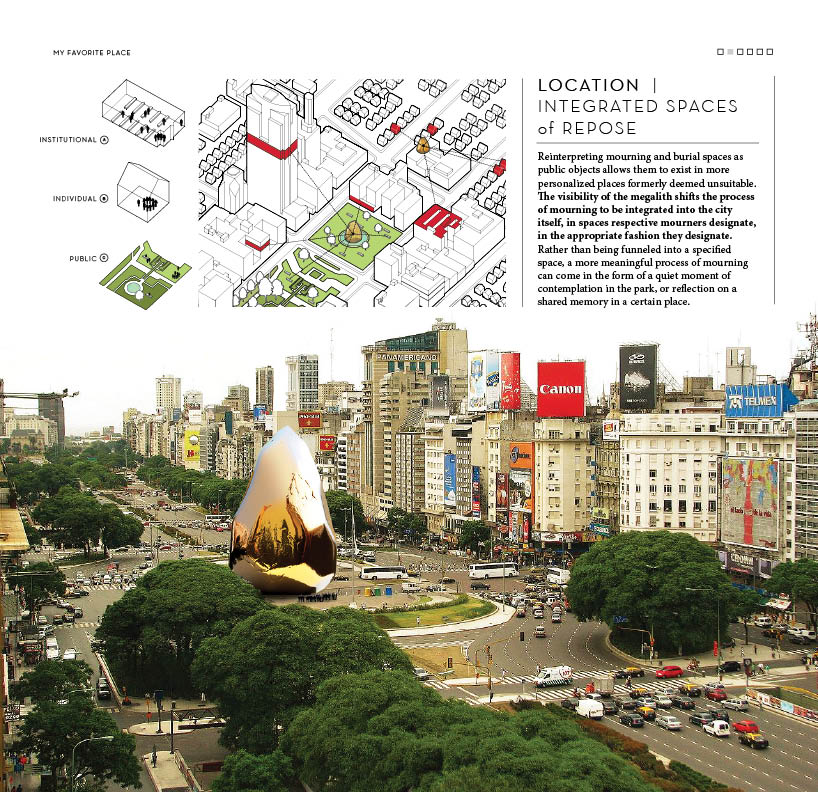 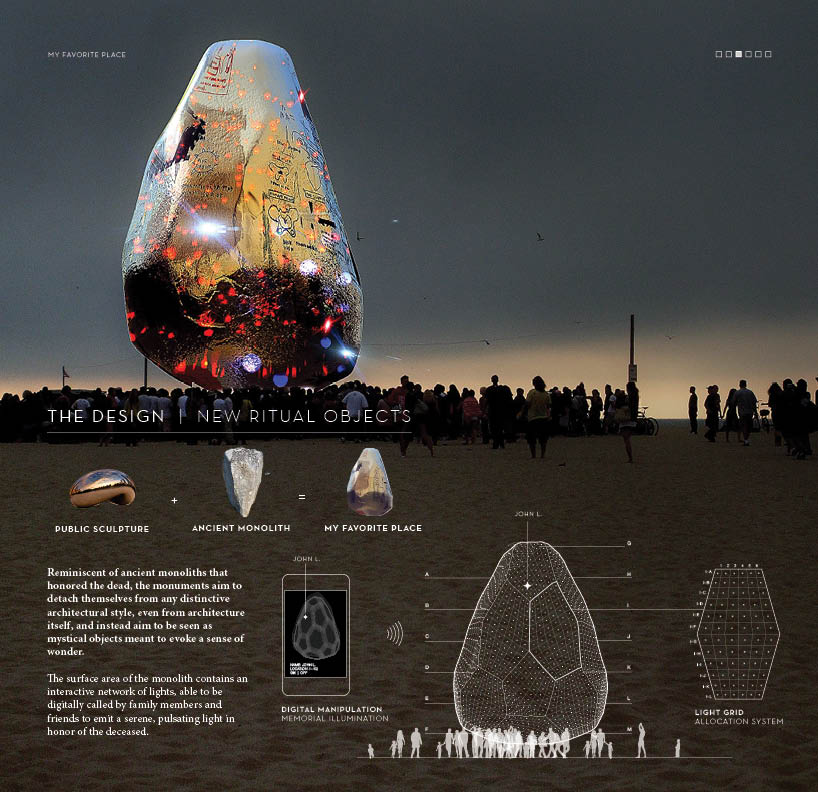 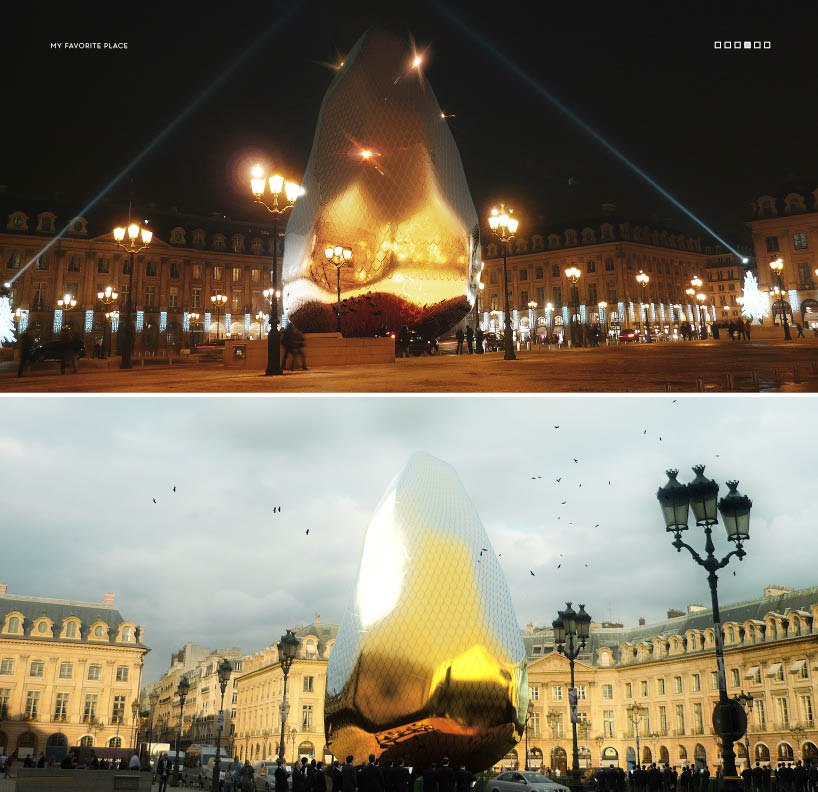 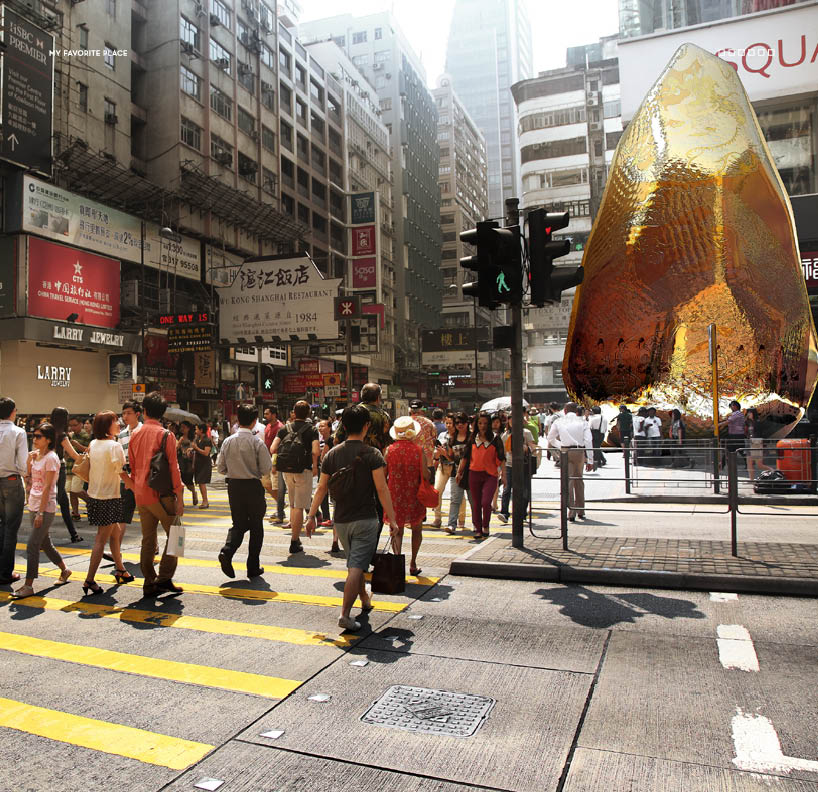 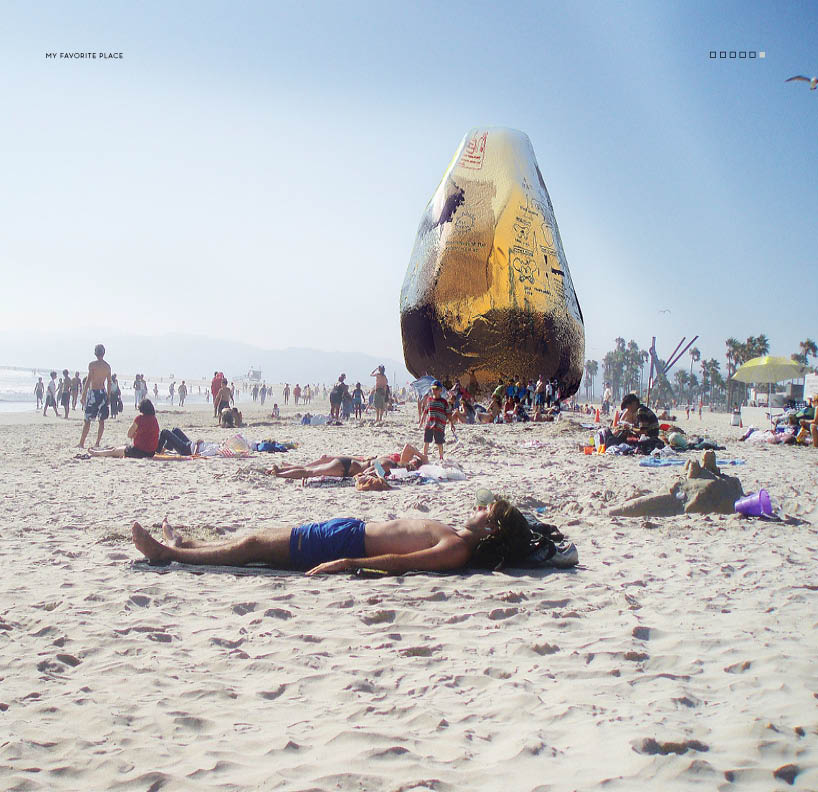