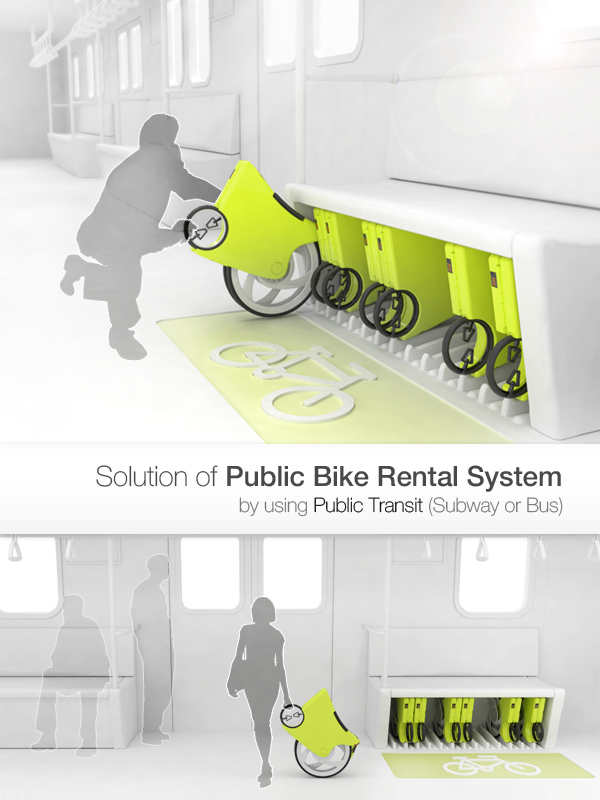 In order to enhance the usage of the public bike, I have solved some problems in renting systems and functions, structure and the design of the bikes in a new way.
The problem of the previous renting system of the public bike was at frequent stolen and damage of the property, hygienic issue , returns and redistribution I first have solved problem of missing and return & maintenance by applying Seoul city’s encouraged RFID & GPS system which can be controlled by mobile phone, and sorted the difficulties of maintaining of the bikes like damaging and hygienic issues by relocating the renting place of the bike, inside of the subway. Also, when the subway are converged on the final station, redistribution can be more comfortable than before.
Entire bike was designed and focused on funtional feature with fordable handle and it also can be used as seat by putting its body and the seat together.
The bike can be folded and nicely fit in uderneath the seat of the subway to save the room of the bike area and the renting become easier and handy as it can be done by mobiles and credit card simply after the identification check. Lastly, I have designed it as small as it can be, like a little suitcase for the people to carry it around nice and lite in order to encourage people to use the public bike anywhere else in the city.

[Keywords]
"Chair"(BIKE OR CHAIR?):
Beyond the capabilities of the bike, combining the features as chair can provides convenience for people.///

"Universal"(Folding Minivello size):
The structure of bike can provides people easy to use.///

"Convenience"(RFID & CREDIT CARD):
Use & management system are easy to use and anyone can allowed.///
"Interflow"(POPULARIZE):Make public bike more Popularization and familiar./// 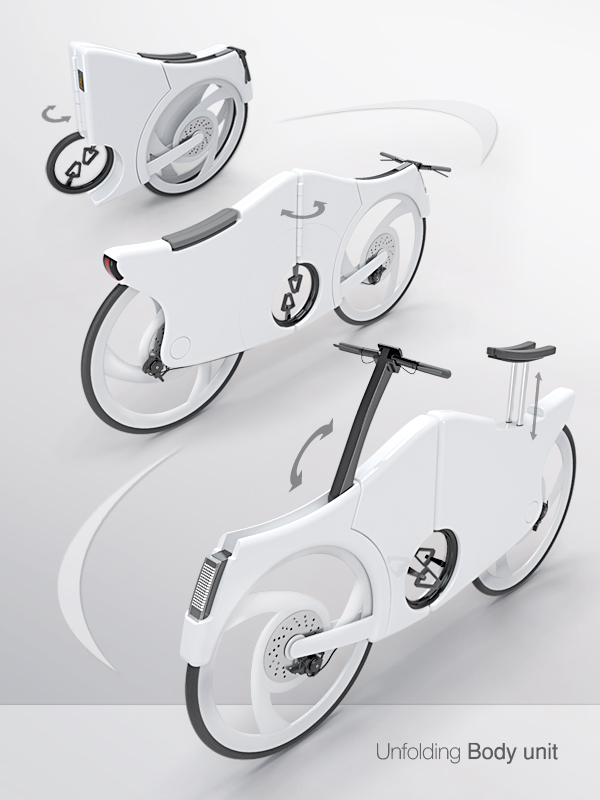 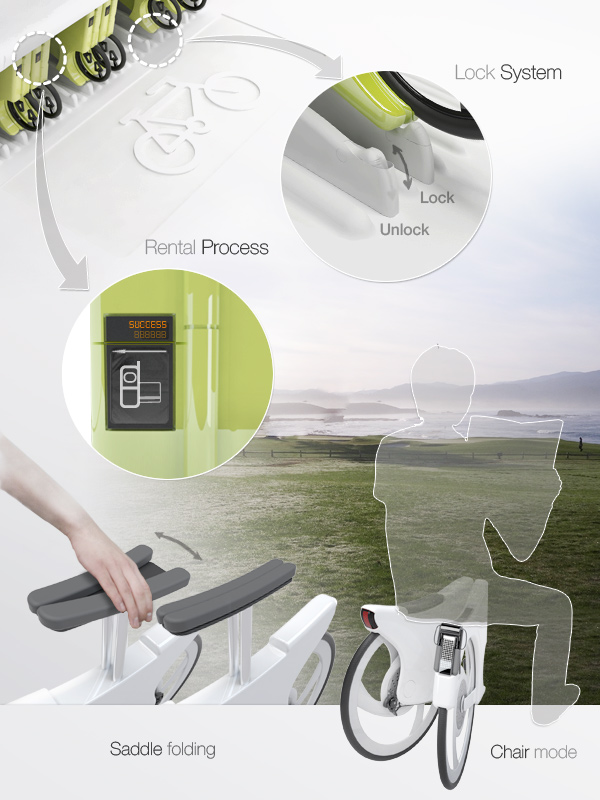