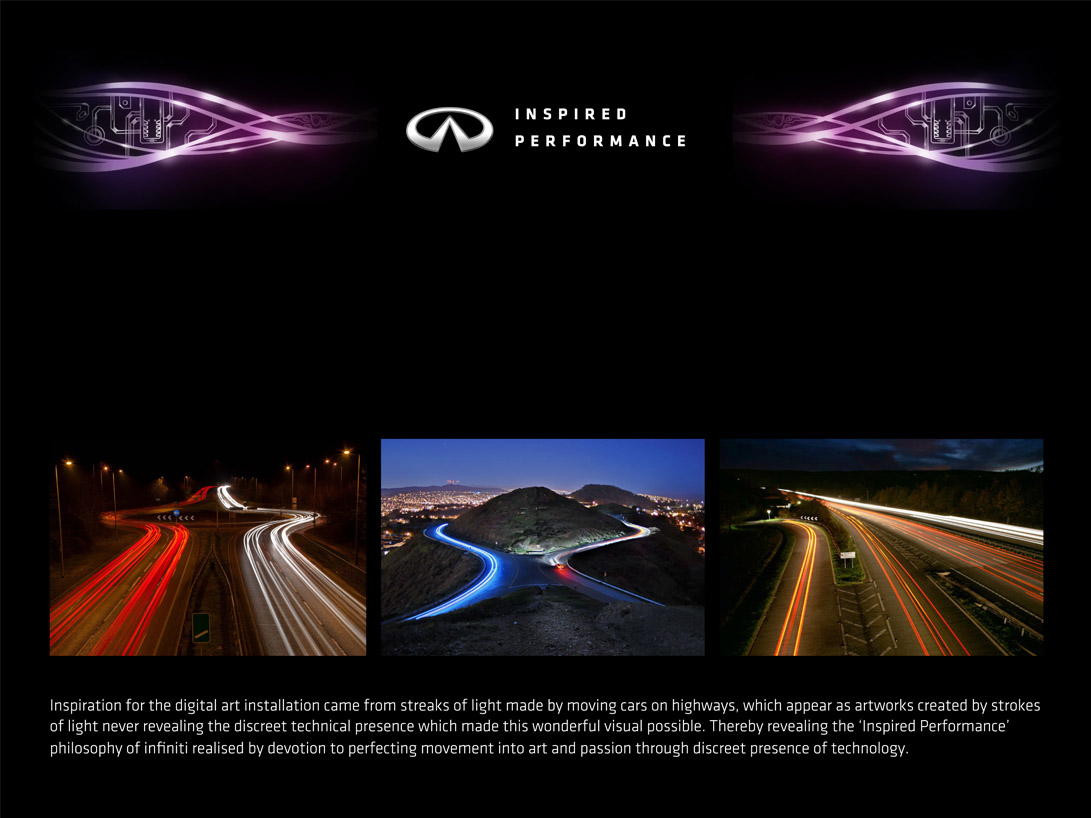 Presence by sanchit sawaria from india

inspiration for the digital art installation came from streaks of light made by moving cars on highways, which appear as artworks created by strokes of light never revealing the discreet technical presence which made this wonderful visual possible. the digital artwork (projections on screens) triggered by the presence of audience around starts with strokes of light on walls (inspired by streaks of light on highways) running, appearing and disappearing synchronising with reving up sound of the infiniti engine, in between revealing the discreet presence of technology (through visuals of car parts) which makes the performance of the car as elegant and graceful as the light stroke, transforming the movement of the car into an experience that leaves you moved. thereby revealing the Inspired Performance philosophy of infiniti realised by devotion to perfecting movement into art and passion through discreet presence of technology. simultaneously there will be simulation of tire tracks (illuminated led panels) as strokes of light running on the ground again synchronising with the sound of Infiniti engine which starts soft and delecately gradually delivering an increasing quantity of gs. towards the end these tire tracks bifurcate, go around and meet in the centre to form the Infiniti logo which illuminates the environment. there will be slight smoke released just above the logo giving it a 3rd dimension. a gush of wind will be felt by the audience as the tire tracks trace down the infiniti logo, giving them a feeling of a car racing past them. gradually the logo fades and a revolving hologram of an Infiniti car appears on top of the logo making Infiniti the hero of the show. the presence of the car will be felt throughout the show by tire tracks, sound of the engine, and wind but the car finally reveals itself only in the end. (the show will start each time with a different car as the inspiration for the visuals on the walls, sound of the engine and the hologram.) similar wall installation will be outside the showroom where the streaks of light will get triggered by tresspassers (person or car). 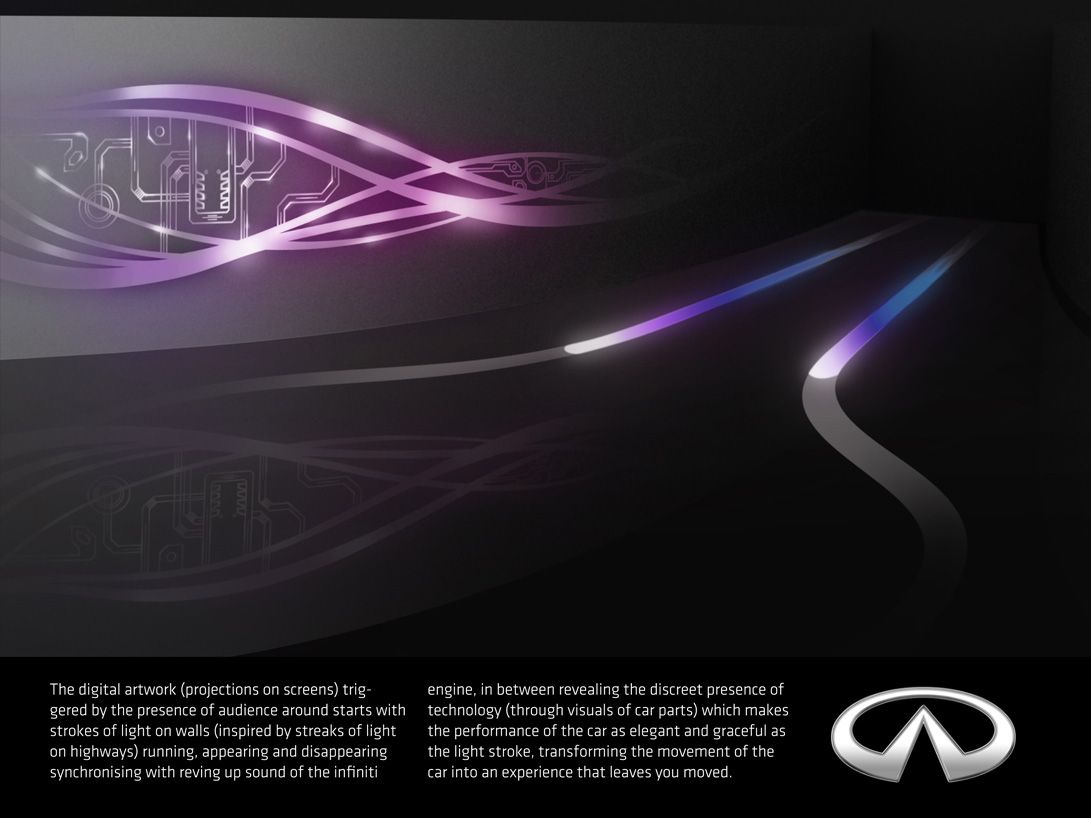 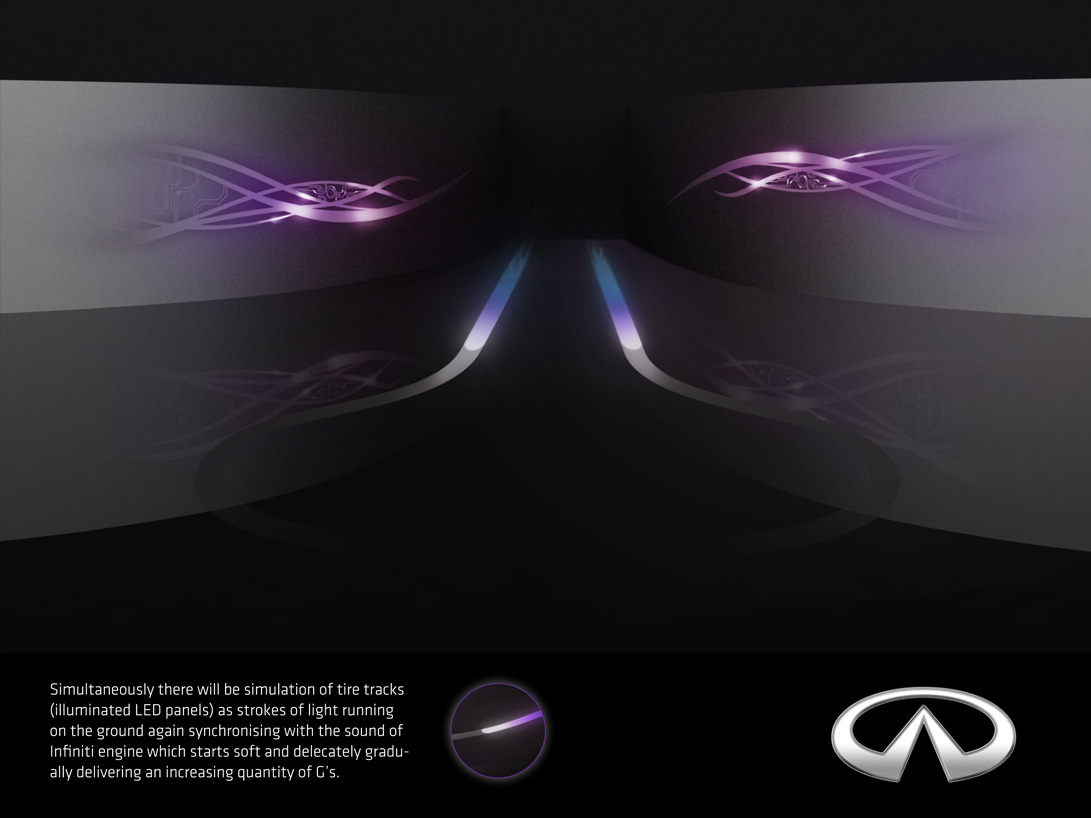 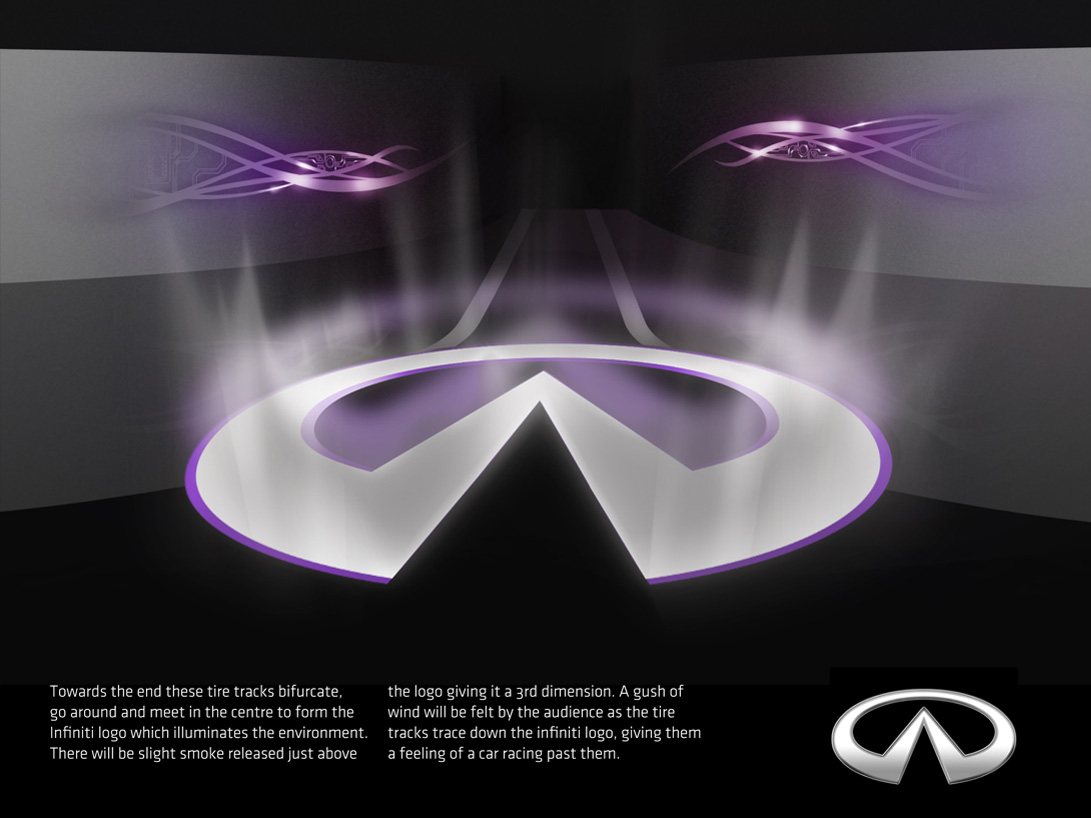 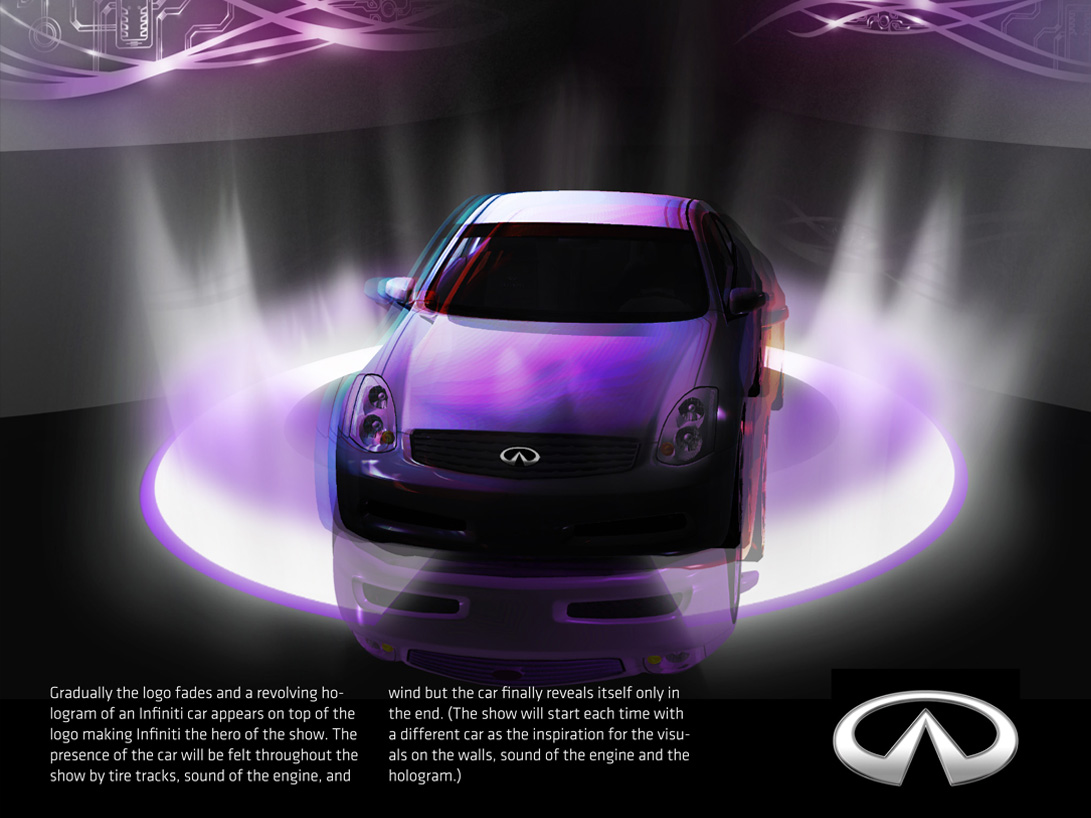 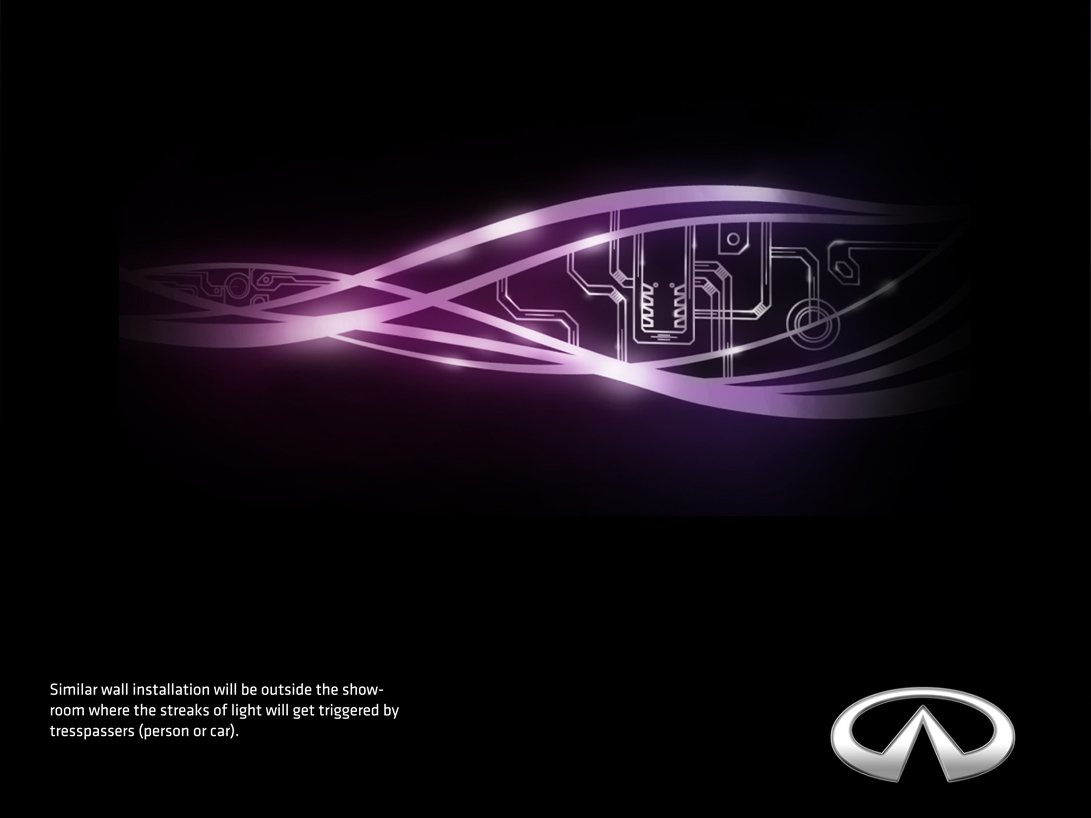