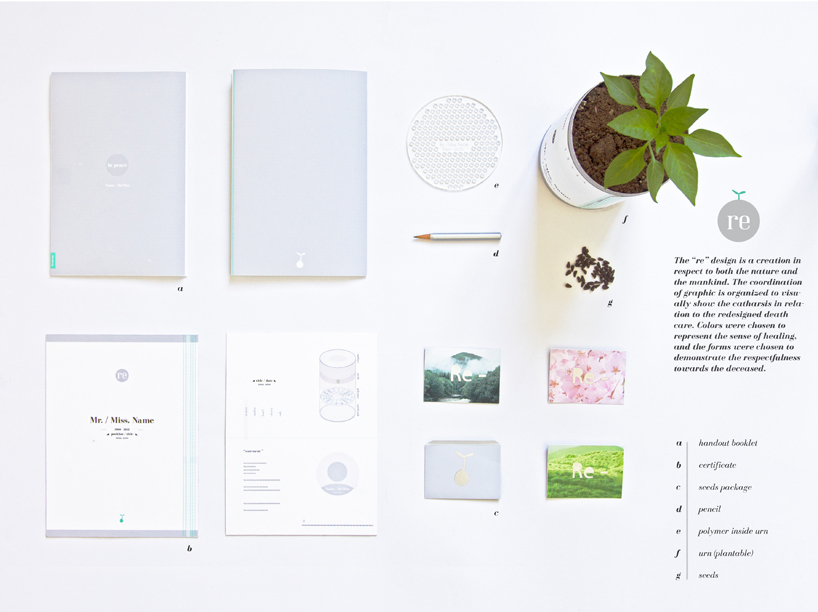 The journey to re-design 'death care service' was sought out to allow catharsis the deceased and their family. The purpose of the designed product is to positively reinterpret negative emotions that inevitably emanate from a funeral. Grieving is naturally one of the strongest emotions felt during a funeral. The visualization of sorrow is at its most heightened state during a funeral. With that in mind, the main goal of this design is to recognize the cathartic emotions associated with loss. While constructing the practical design concept, different elements that underlay the ritualistic funeral became critical components to this product.

The first element that was considered was religion, as funerals are often associated with religious ceremonies and rituals. Through research, cremating the deceased was identified as the most common practice of treating the deceased, covering 82 percent of the world including the three major religions: Christianity, Buddhism and Islam. Christianity believes in a spiritual afterlife elongated after the death of the body, Buddhism believes in a transitional period from one life to another, and the Islam believe death as a form of departure from earth rather than an end to existence. Cremation, commonly practiced, is a form of recognizing the end of one terminal life to a new state of promised spirituality in the realm of religion. Secular groups also commonly practice cremation as a way of saying farewell to the parted loved ones. The commonality of cremation was a key component in making an approachable design.

The second was the emotional reconciliation process that takes place during a funeral. Funerals are often a method to reconcile with the feeling of loss, a moment of emotional closure. It was crucial to stay away from a machine-like construct and allow a design that would suspend more attention to the emotional aspect of the grieving process. It was important to understand that the purpose of a funeral was to supersede the machine-like modern developments of technology with a spiritual blooming and to reconnect with the idea that death is not a technicality, but a profound incident in life that definitely is worth the grieving.

The third was to create an environmentally sustainable design. The materials used in the design reflects the idea of a cycle between life and death, re-creating the exit into a new entry for the deceased. This was why all of the materials used in the design had to be decomposable or made from natural materials. Plants and its symbolism were used to represent the idea of the circle of life and the final three that have been selected were the ones that would grow steadily as it represented the concept of restorative death care service. The Pine tree symbolizing immortality, the Cherry tree symbolizing death and rebirth, and the Birch tree symbolizing new beginnings and cleansing of the past are the final options of the product. The materials selected to support the design are Polymer glass and biodegradable paper. 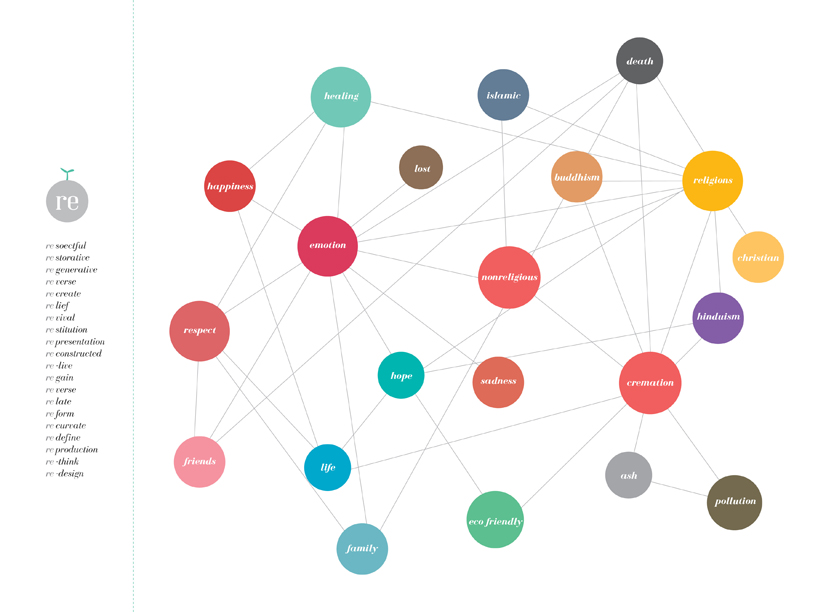 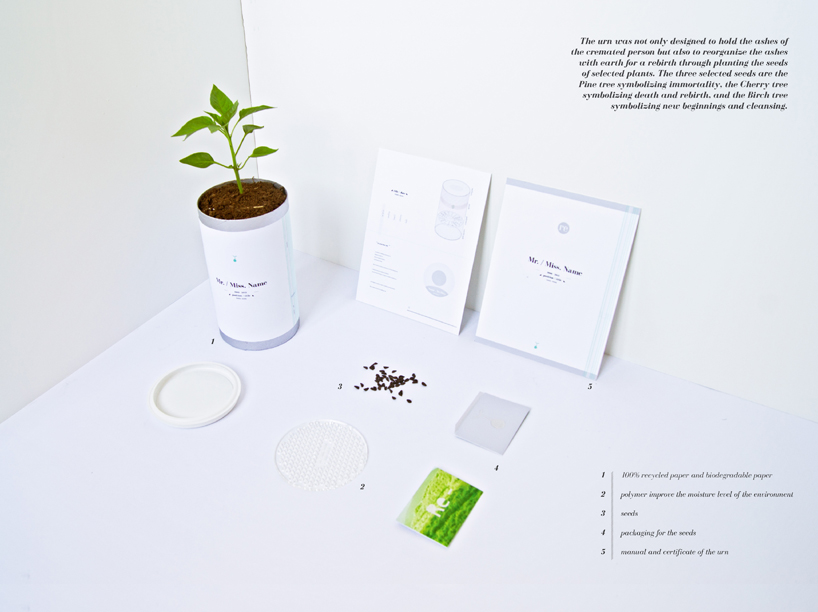 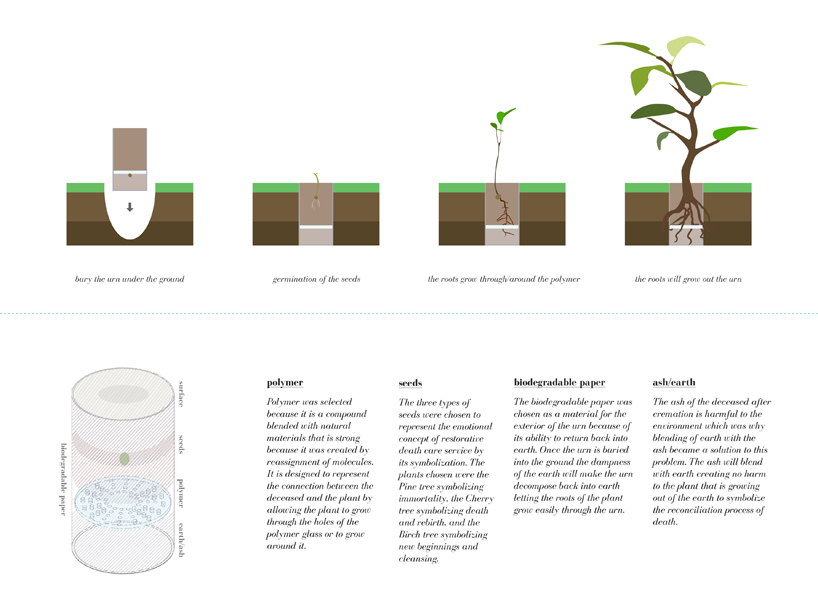 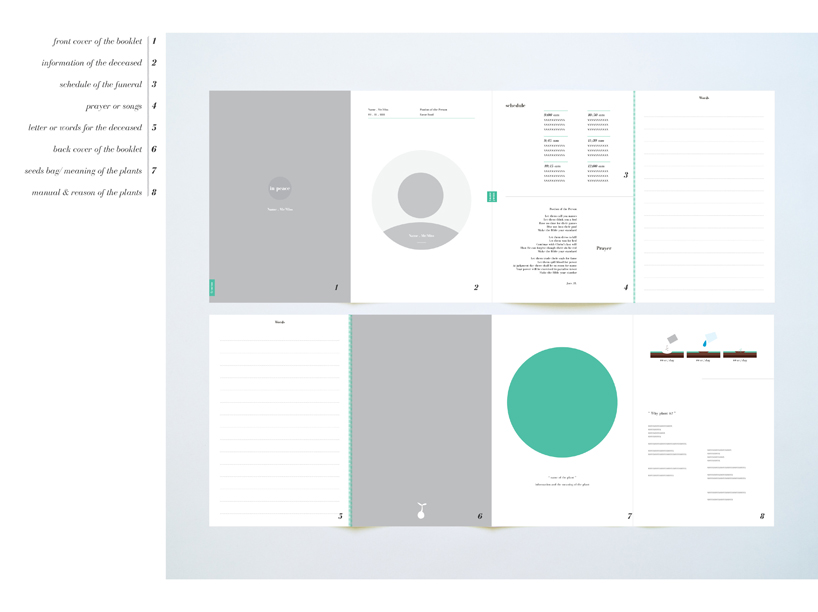 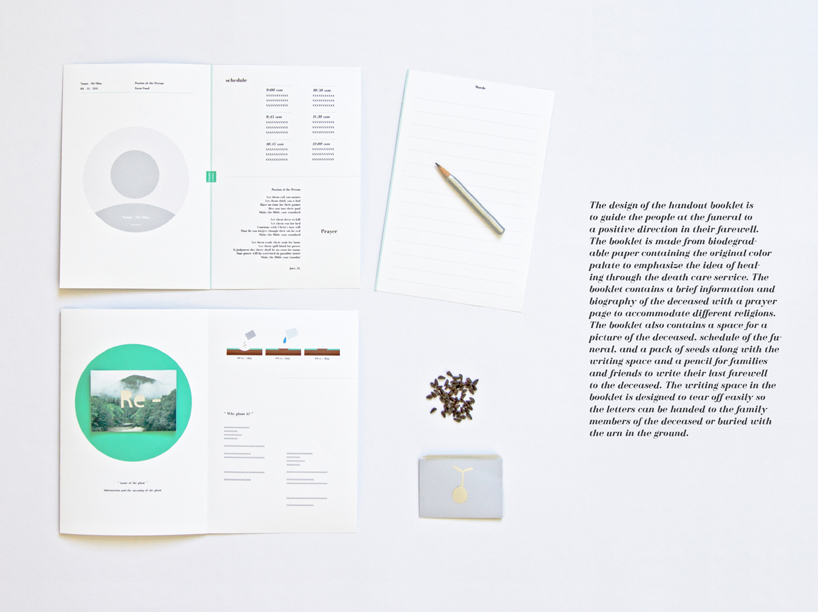