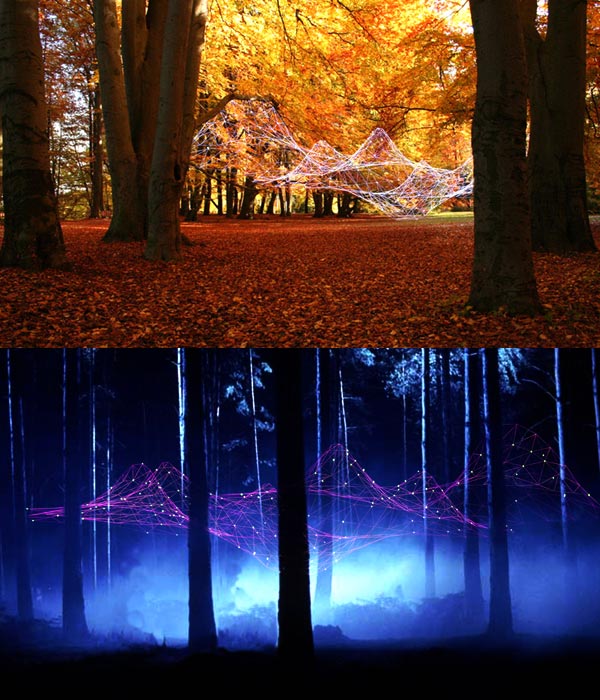 ResoNet visualises the resonant frequencies inherent in the natural environment,
via the interaction of the public and surrounding elements detected by a LED net.
By using Low-Fi techniques ResoNet creates a cascade of light
triggered by the vibrations detected across the structure __

ResoNet's tensile web structure is stretched across a space, like a spider web.
A series of vibration sensors & LED circuit components are fixed
at key intersections on the tensile network, to detect minute vibrations as a
result of human and natural activity.
Be it a brush of a hand, or a passing breeze, the energy is converted
into light that resonates across the structure,
immersing the public in a cascading visual of flashing LED’s __

ResoNet explores the boundaries between nature, art and technology;
to create emergent physical & ephemeral conditions.
The experiment is to be exhibition as part of the FRED annual arts invasion
across Cumbria, UK (between 28 Sep-14 Oct 2007) __ 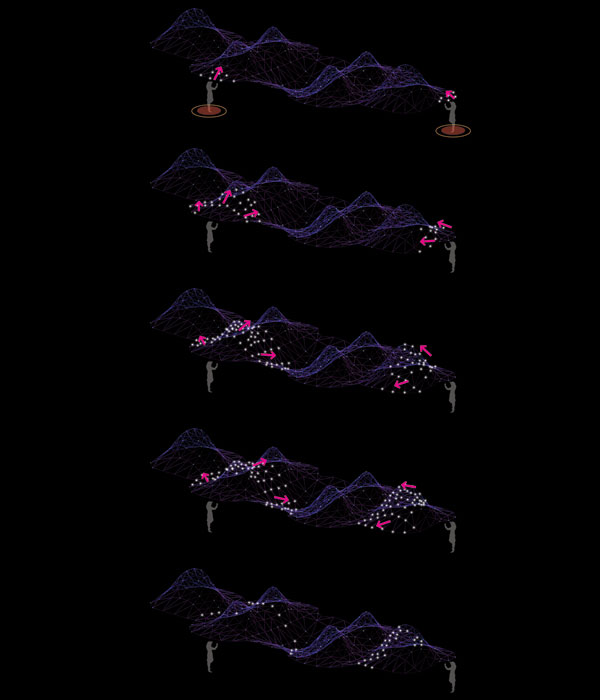 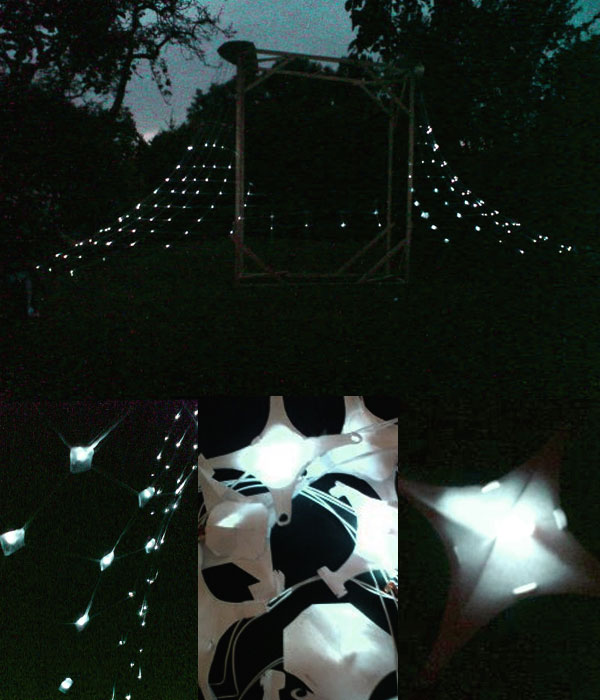 ResoNet_ prototypes for the Fred-07 exhibition