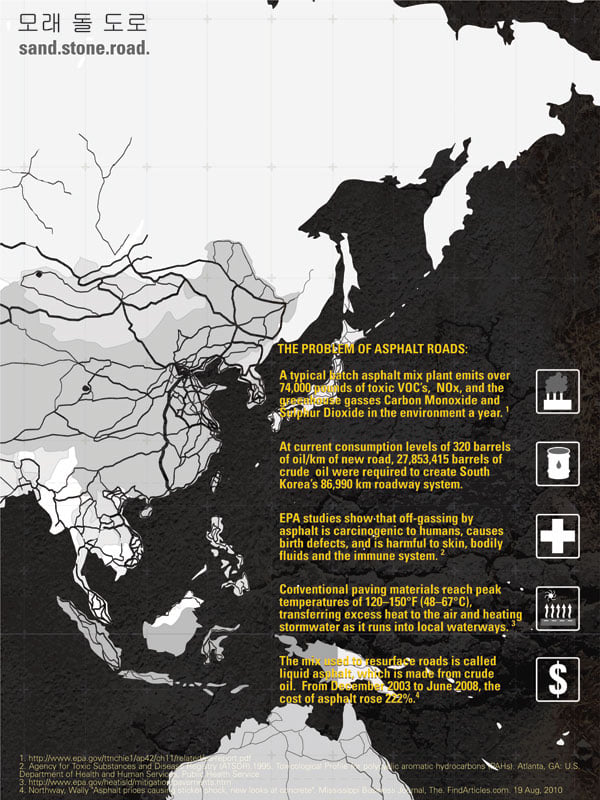 The world is suffering from a material found outside of every doorway. Asphalt has been used as the conventional paving material for the last 80 years. Extremely toxic chemicals are released in its production, installation, and are off-gassed throughout it’s lifetime. Asphalt greatly contributes to the urban heat island effect, reaching peak temperatures of 48–67°C.

At current consumption levels, approximately 28,000,000 barrels of crude oil were required to create South Korea’s 86,990 km roadway system. This is roughly 5 times the amount of oil released into the Gulf of Mexico.

Our project proposes the use of an organic process to create sandstone from sand as an alternate paving surface, thereby mitigating the harmful effects of asphalt.

the problem with asphalt 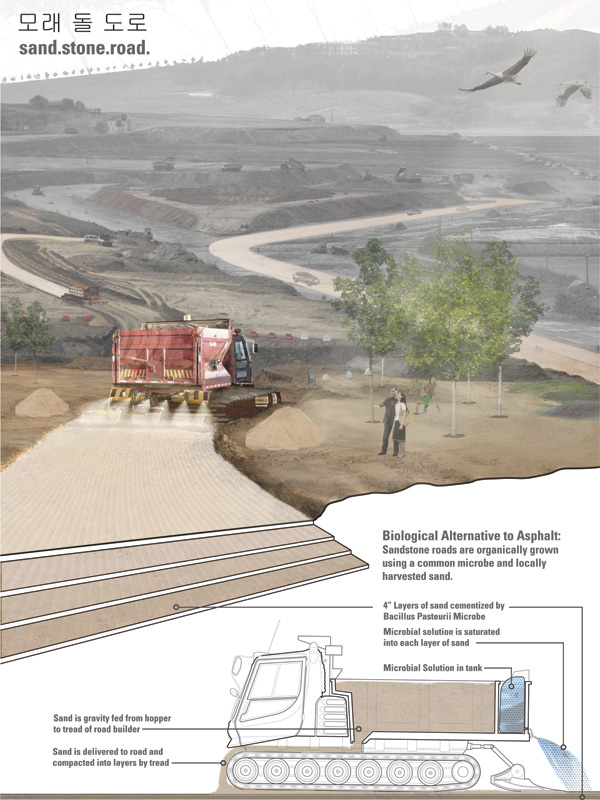 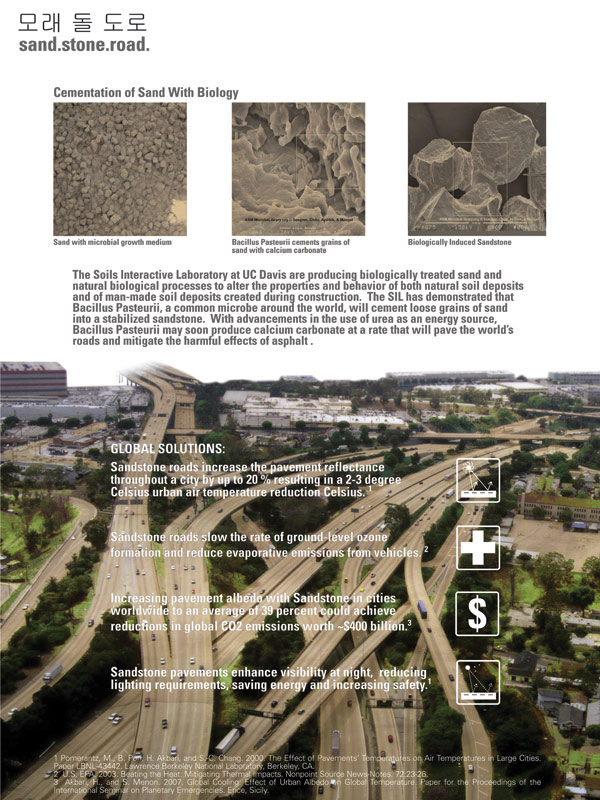