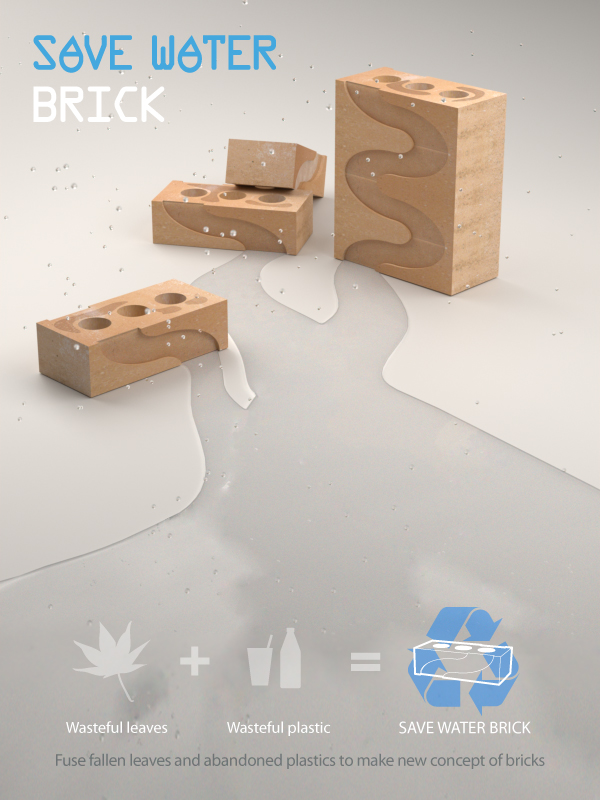 SAVE WATER BRICK by Jin-young Yoon from korea

Based on the standard of Korea, more than 20 tons of wasteful leaves pours in annually. They are used the most widely as they have the biggest meaning in that they are rotten. Also, some of them are thrown away uselessly except the function to use extremely small parts as the film production center.

As there wasteful leaves thrown away like this are useless, it is true that they are burnt out. This causes big problems. Carbon dioxide comes into being with lots of oil used through burning up. Burning up annually leaves pouring by spontaneous generation like this, ironic looks to pollute environment is a contradiction of the current our society.

This design proposes bricks of a new concept by uniting wasteful leaves and wasteful plastic and manufacturing them into bricks.
It is possible to reproduce continuously resources thrown away by wasteful leaves and wasteful plastic and the supply of raw materials also has a great nature-friendly meaning.
As bricks produced in this way have strong absorptiveness, they are possible to reproduce/recycle in that they absorb lowing water after rain and it is saved in subterranean water or tanks for storing. 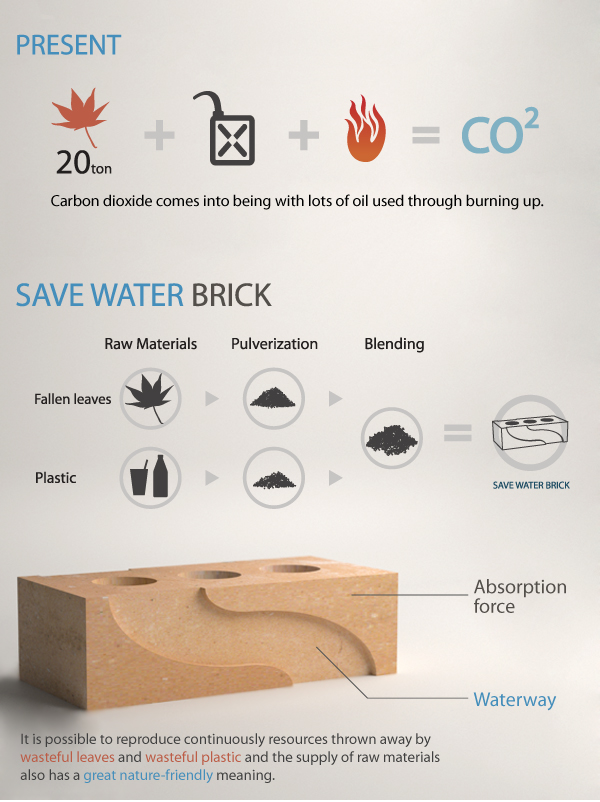 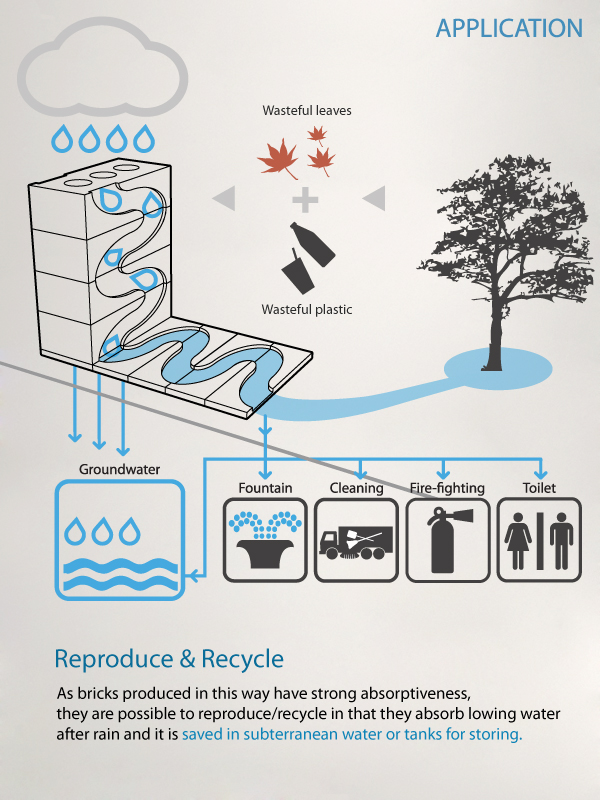