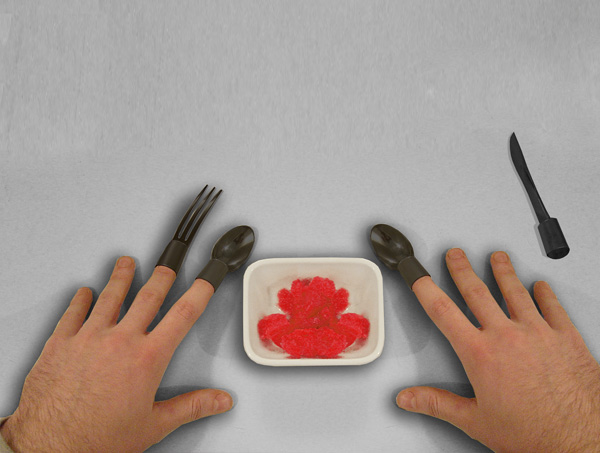 schnittstelle by m mijalkovic from austria

A minority of approximately 900 million people worldwide is using cutlery consisting of spoon, knife and fork while the vast majority is using its hands. Also in the western culure cutlery is a rather new achievement. It was only in the 17th century that bigger parts of society were beginning to eat with a fork. And it seems to be no coincidence that at this time of enlightment the literal separation of the human body and it's nourishment took place since it was the time of defintion and distinction.

These days one can observe another - opposite - tendency: eating becomes a cultural event on one hand and the mere provision of vitally important food on the other. We are more and more eating on the run, at any place in the city and - interesting enough - with our hands. This new savageness is skeptically observed by the public.

Schnittstelle is accepting this actual development and transforms it to a new elegance. It is commenting on the alienation of our physicalness by working with the literal distance of body and food. This distance gets reduced, the cutlery moves from our palms on to the fingertips. A new tactility arises while the prosthetic character of fork, spoon and knife is emphasized. They are rather extensions of the last phalanx than tools.

Eating with Schnittstelle means using the fingers in a mannered way (the latin manus meaning hand by the way). Like a set of dissecting instruments it allows the proper parting and examining of food while a surplus of information on texture and temperature is sent to the sensors of our fingertips. All our ten fingers can take part in the game and be extended by prosthesis: the left hand's little finger by a sauce spoon, the right hand's ring finger by a pastry fork. Choice is individual. 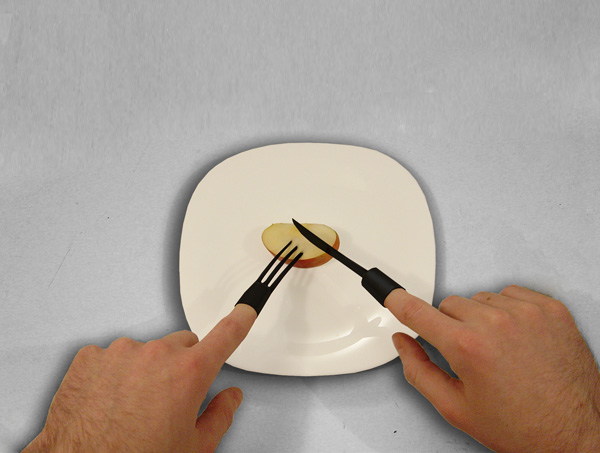 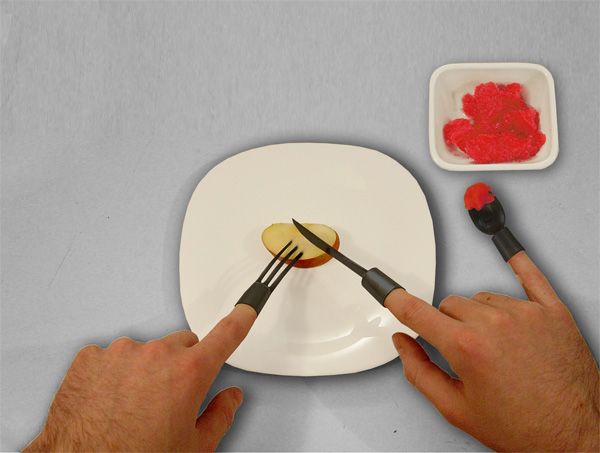