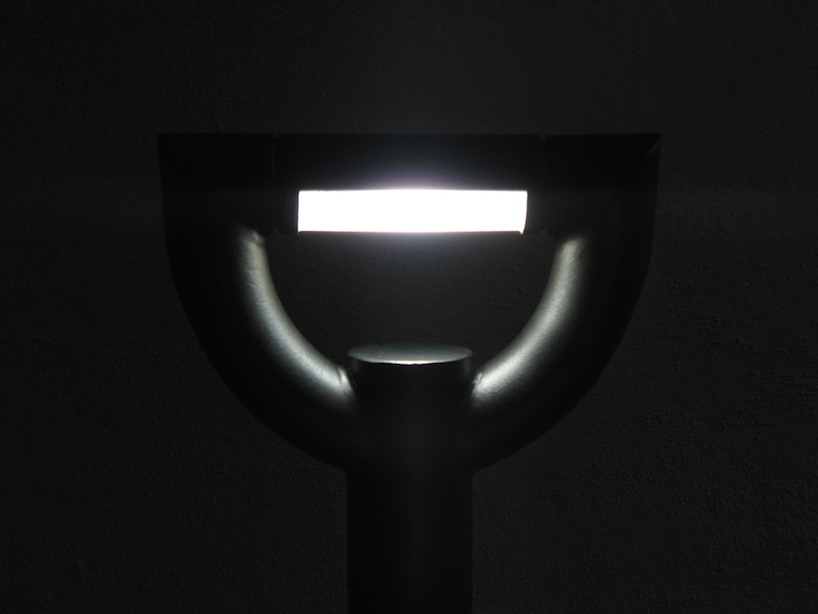 Shovel lamp by Tr.Triibmann from estonia

The Open Air Museum – the preserver and keeper of the Estonian village culture and country architecture – had a plan to illuminate all the roads and tracks. They were searching unique post light, which would harmonize with the building complexes on the territory, and would blend in the general atmosphere of the museum and make the tracks and roads between the exhibits as an organic whole. The inspiration came while watching the handles of the shovels. As a result unique conception of the outdoor light was worked out.
This light does not only have it`s primary function, but it also tells a certain story. When seeing the shovels at the hardware store the vision about the tool pushed in the ground appeared. This way the light also symbolizes the unfinished work and the on-going work. This kind of conceptual basis for the outdoor light used in the territory of the national instution researching and preserving the national heritage seemed very attractive. At the same time the shape of the light also indicates the tools which were used during the farmworks.
• Strong construction
• Completely weatherproof
• Possibility to direct the light dynamically
• Distictive and vivid loop 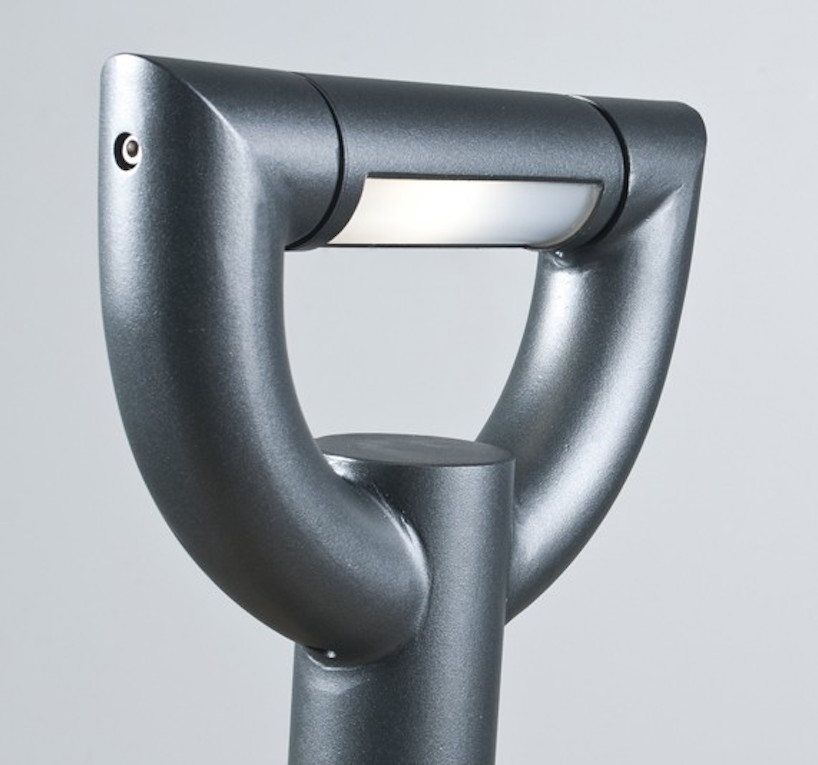 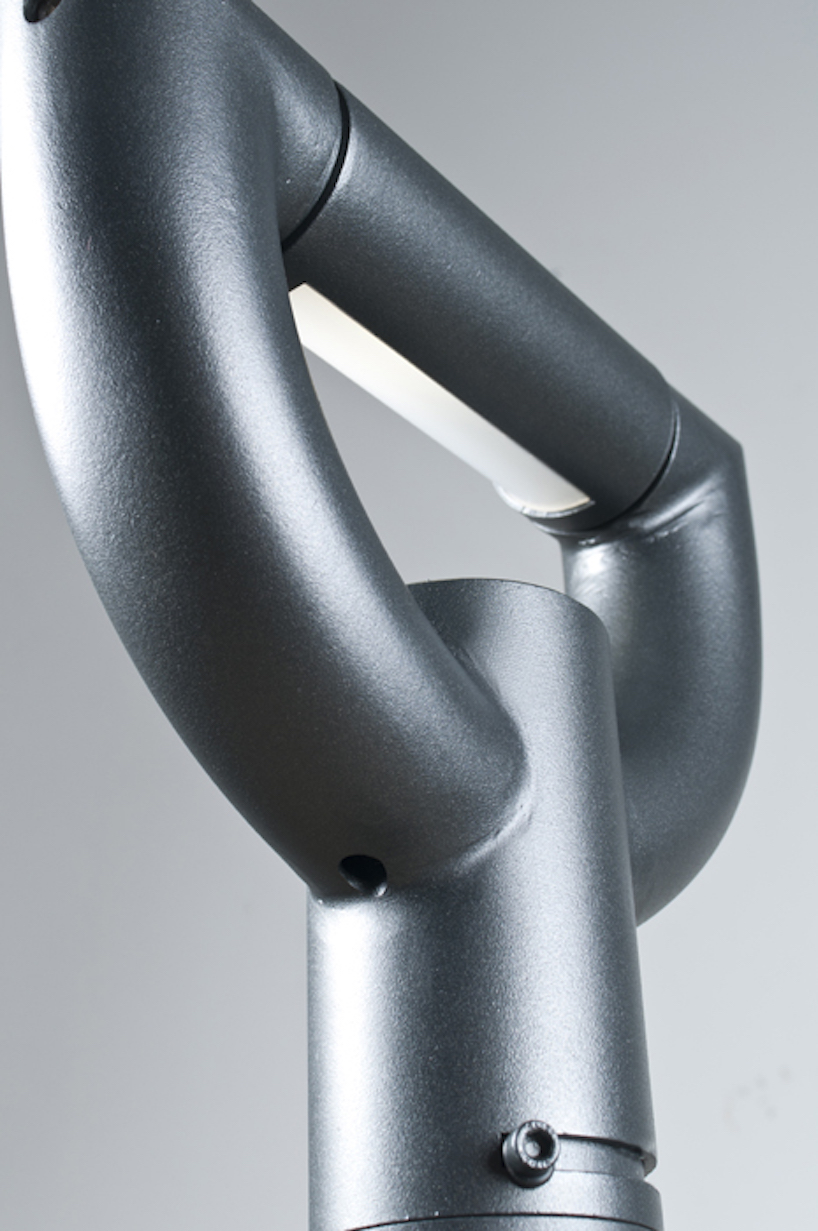 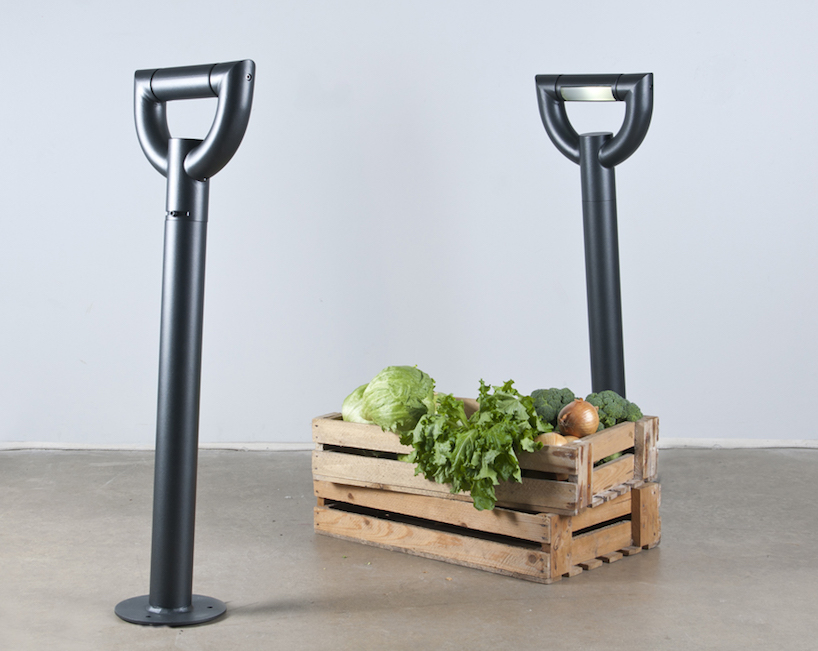 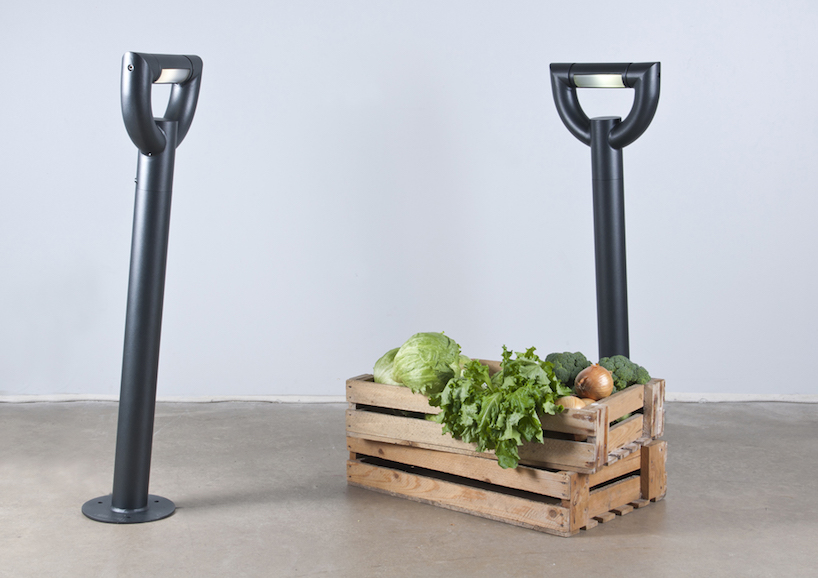 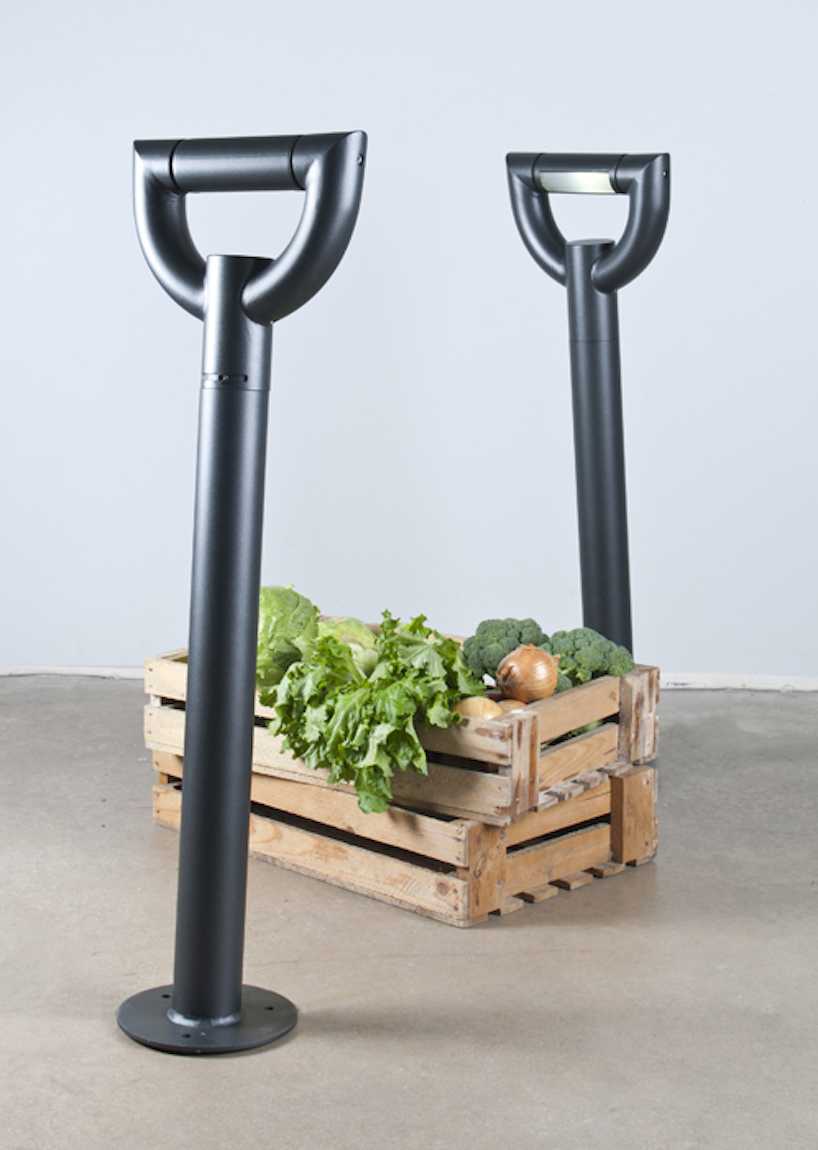