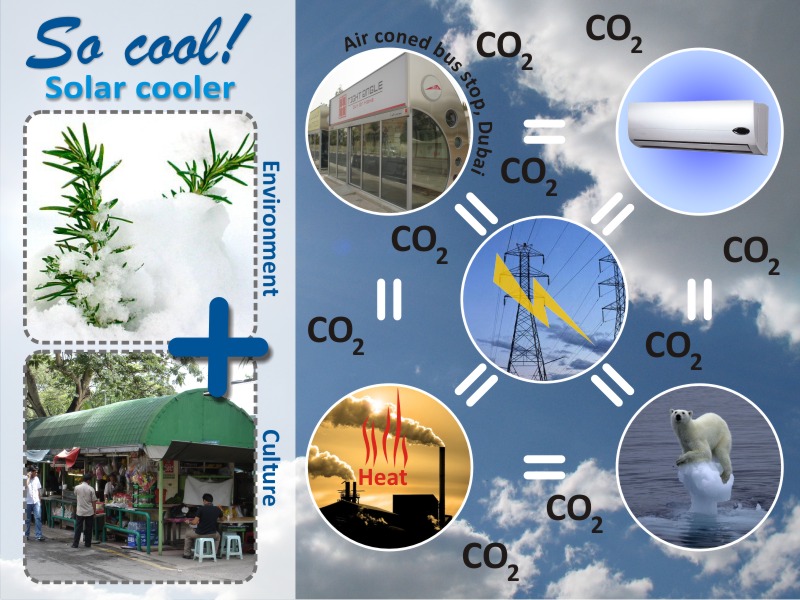 so cool! solar cooler by arash aharpour from denmark

Making chill using solar energy is not a new idea. Lots of efforts have done before. Most efficient system currently in use is using solar collectors to warm up a liquid and use it to minimize energy consumption of absorption chillers. The other idea is converting suns energy to electrical energy using photovoltaic (PV) systems and then using it in ordinary air conditioning systems. First method is more efficient but it is useful for big buildings with huge air conditioning systems and second is extremely expensive yet. Maximum solar energy received by each square meter of ground on earth is around 1350 Watts per hour. Converting light energy to electrical form using PV systems is maximum 47% efficient and need to 4.15 US$ investment per watt. This it too much for a bus stop, an out door restaurant in tropical areas, a ticketing or police kiosk and lots of urban and public spaces. So cool! Is a green and renewable energy based idea for cooling purpose in hot and sunny climates. New cooling systems increased the expectancy of people in these areas and also the electrical energy consumption which means generating more and more heat and carbon dioxide to produce electric power. So cool! Works based on transferring the heat from a place to another as a thermodynamic machine. It do not convert light energy to electricity, instead it just absorbs sun’s heat and use the heat in boiler part of an Ammonia based refrigeration system such as propane refrigerator. When it rains canals conduct water to increase the cooling efficiency of condenser to minimize the effect of lack of heat energy caused by clouds. A small photovoltaic panel prepares required energy for pumping coolant liquid to evaporator, fan and night LED light. So cool is just made of maintenance free and inexpensive parts to make it affordable for every one in hot climates! Out door markets and restaurant are a part of tropical and south East Asian countries’ culture. Many people these days ask for air conditioning in these traditional restaurants. By using so cool! Instead of ordinary roofing panels covered area cools for free in warm hours of day time and equips with LED light and fan during night without electricity power supply. So cool! transfers heat from covered area to outer space using ammonia liquid and gas circuit powered by solar heat. Due to simplicity of particles require investment is significantly less than PV. 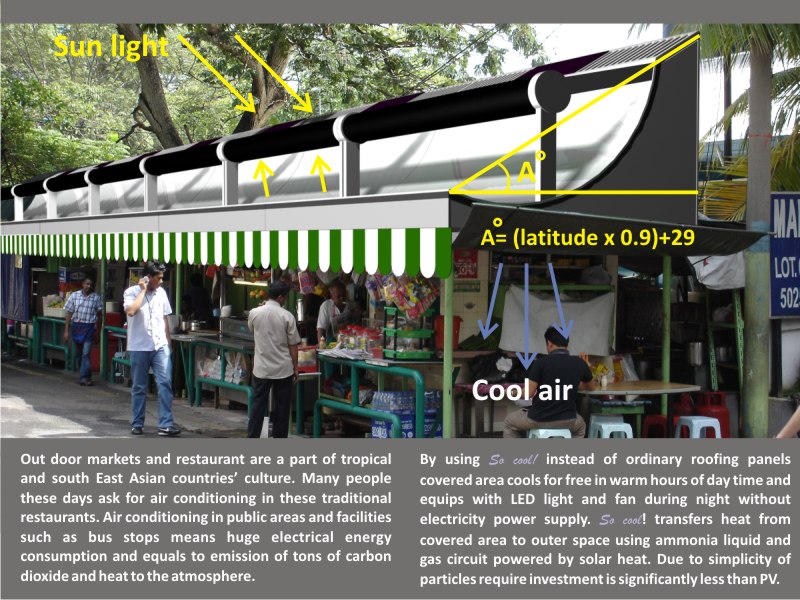 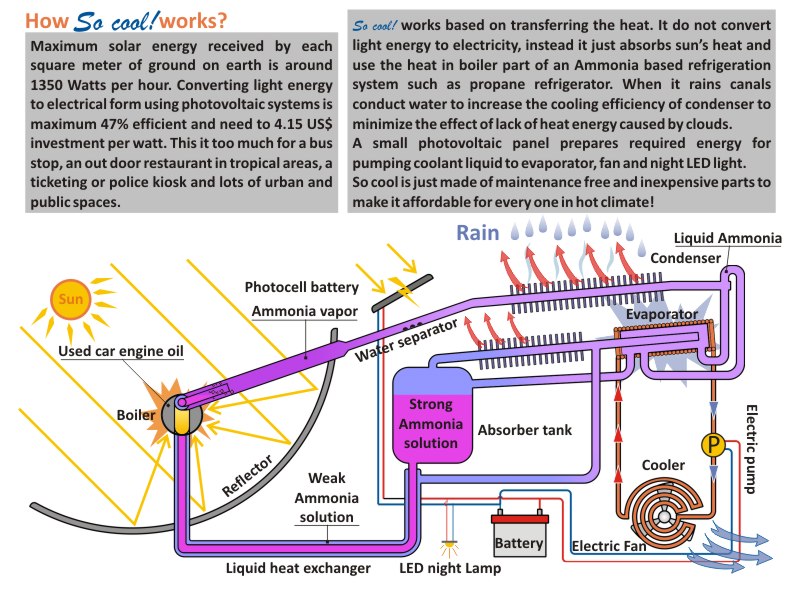 arash aharpour
password recover
please insert your email below to reset your lost password
your new password has been sent to your email address
thanks for registering
please complete the form below.
previous next