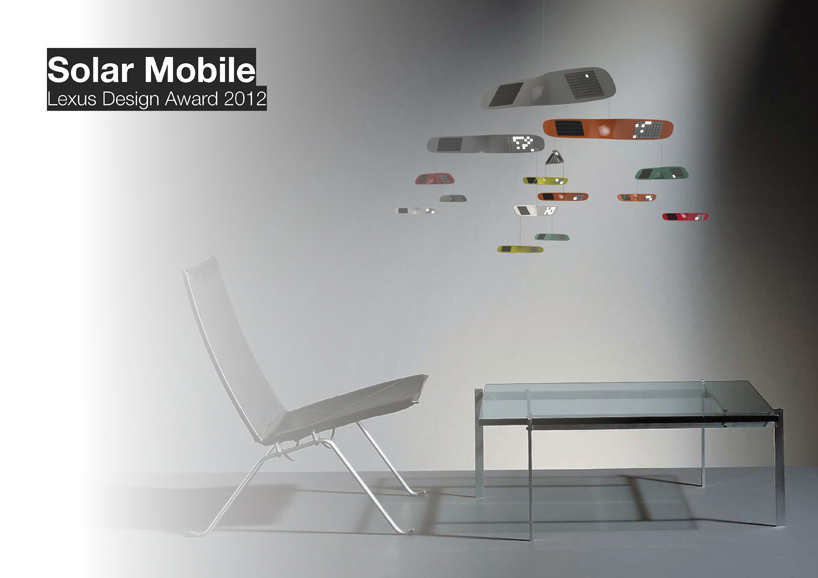 The movement of the mobile is a subtle but direct reaction to its environment, be it the airflow of passers-by, or the ascending warmth of people standing near it.
The embedded solar panels are ideally lit by sunlight through a window or skylight, and directly send the generated electricity to a grid of LEDs, with the number of lit LEDs depending on the amount of energy generated. The display of seemingly random illumination shows the importance of motion relative to time and postion. 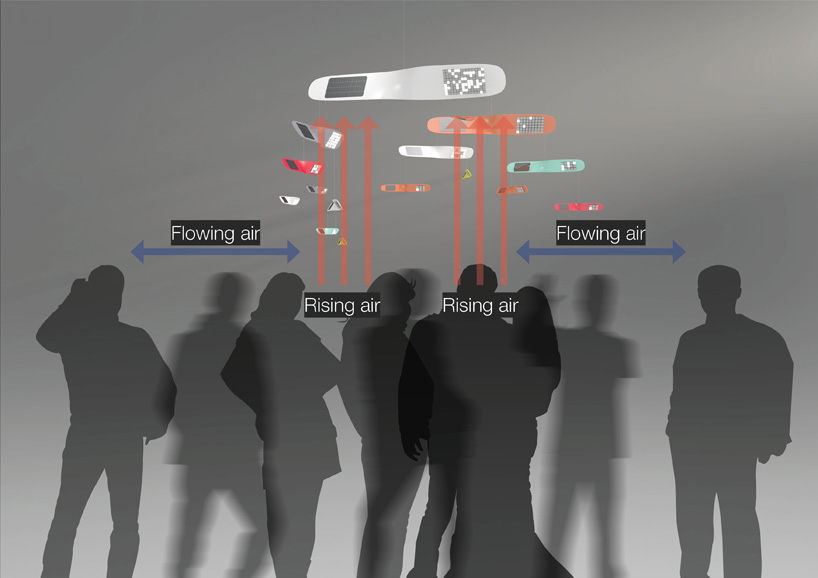 The viewers influence the motion of the mobile. 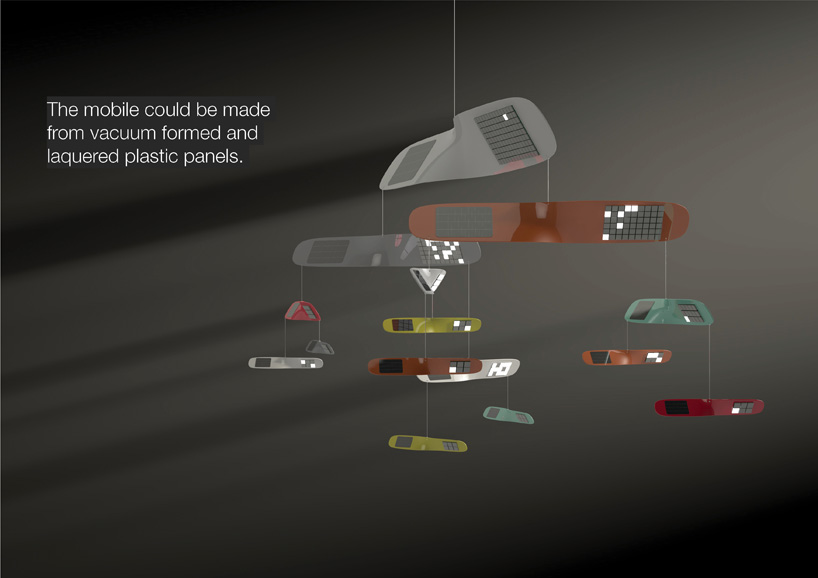 Depending on the amount of light hitting the solar cells the number of LEDs lit up changes. 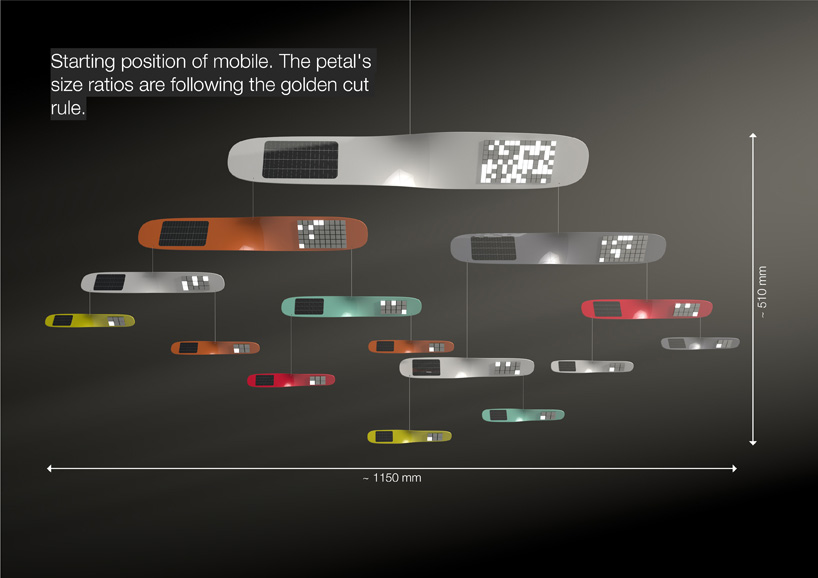 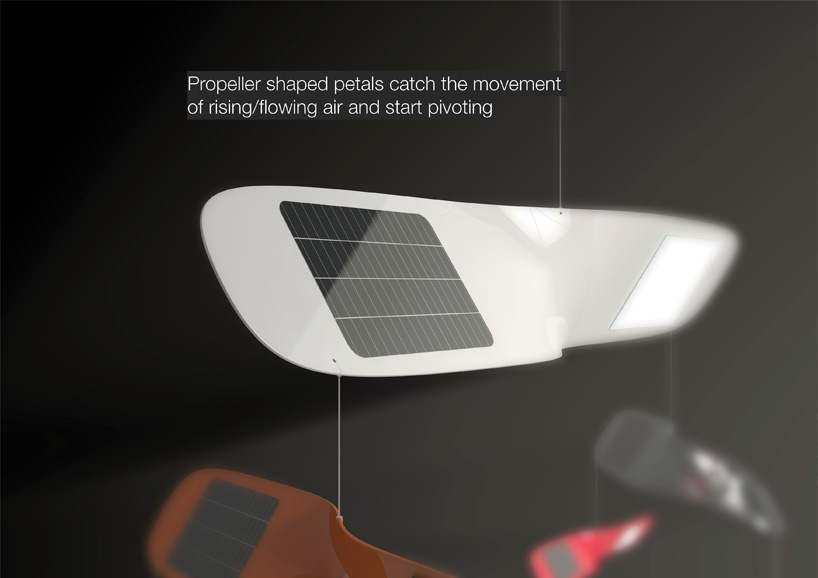 Petals are shaped like propellers to better translate moving air into motion.