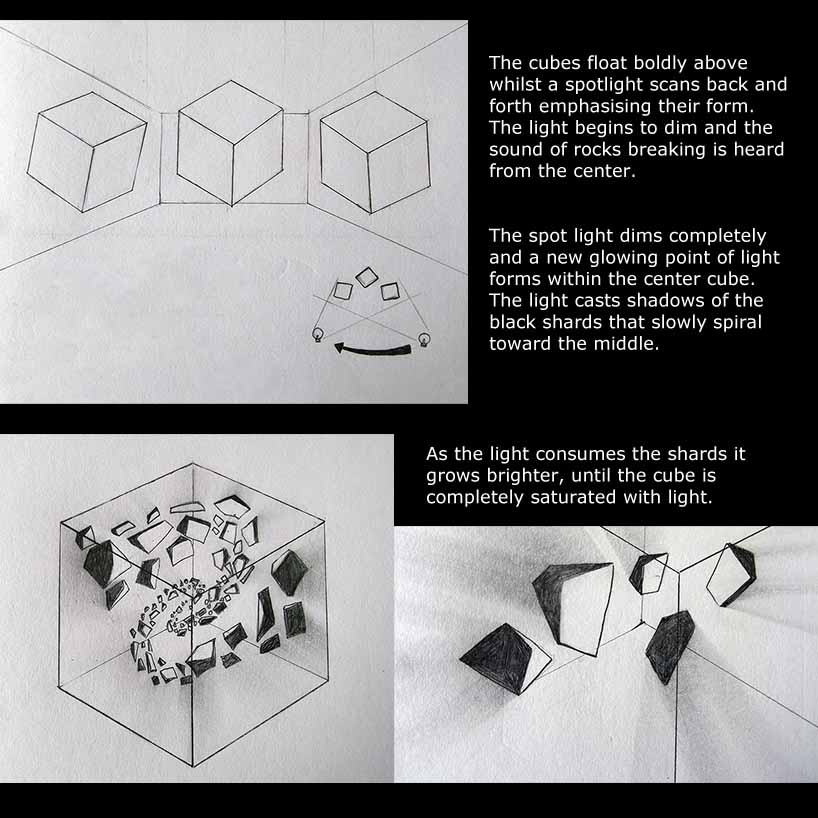 Synthesised by Nature by jackson tayler from uk

my creation is partly a visual spectacle, but more importantly it is the journey of a streak of light through an intriguingly sophisticated and autonomous world. the viewer follows the streak of light from creation, to exploration and to its final purpose. working to the brief i have created a dancing streak of light that draws its elegant movement from ballet, ribbon dancing and japanese calligraphy/sumi-e.

using projections, the autonomous world will be a further extension of the actual installation and has elements of sacred geometry and movements akin to automated car manufacturing.

the combination of the autonomous like motion and the freeform streak of light come together to create a balance of both the subtle, but raw power of an infiniti’s engine and the elegance of its curves.

the main installation structure consists of three half cubes, depending on location the cubes can be hung from the ceiling or mounted on pedestals. the animation will be projected using 3d mapping techniques and therefore will create the effect of actual spatial depth.

the 3d projection mapping technique i will be using allows for a specified area of view in which the 3d illusion will be most prominent. this in turn allows for a form of interactivity and greater participation from the audience. to further encourage audience interaction i have decided to include in the design a pressure sensitive eye symbol that illuminates once stood on. the symbol is aligned with the optimum-viewing angle to help guide the audience to the best place to watch the piece from. the overall structure of the installation also points toward this optimum-viewing angle.

rather than using the streak of light as just a guide through the piece, i have chosen to create an analogy between the streak and an inifiniti. by looking at the streak of light as an individual I have given it a character and a persona; it is playful, energetic, curious and confident. on its adventure the streak of light explores the internal space of the three cubes and finds vastly different worlds, each governed by the way they move. this exploration culminates in the final cube where the streak is given a new colour that illuminates the infiniti logo; this colour reflects the dna of infiniti.

- a sound effects track will be used to create a more immersive and visceral experience.

- the projection will be shown as a loop of approximately 1:40 minutes.

- projector alignment is crucial; the projector I have selected has a specific lens that corresponds to the animation.

- the installation is made of matte white painted mdf and has a modular construction for ease of assembly. the cubes are either hung from steel cable or mounted using modified scaffolding.

- the cubes will be mounted 9 feet in the air, but the final real world scale can be adjusted to suite location; a larger overall installation allows for an increased viewing area vertically and horizontally.

- the eye symbol will be cut from an electro-luminescent sheet, giving an even glow that matches the colour palette of the video.

- an optional dividing screen behind the installation can be used to stop light from leaking into the rest of the infiniti center. 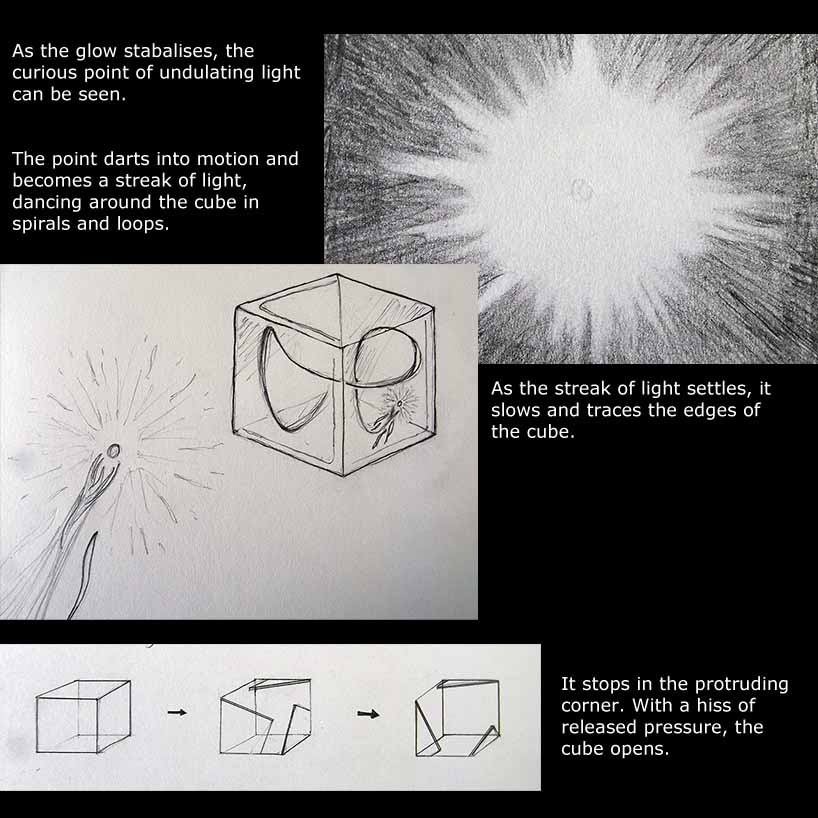 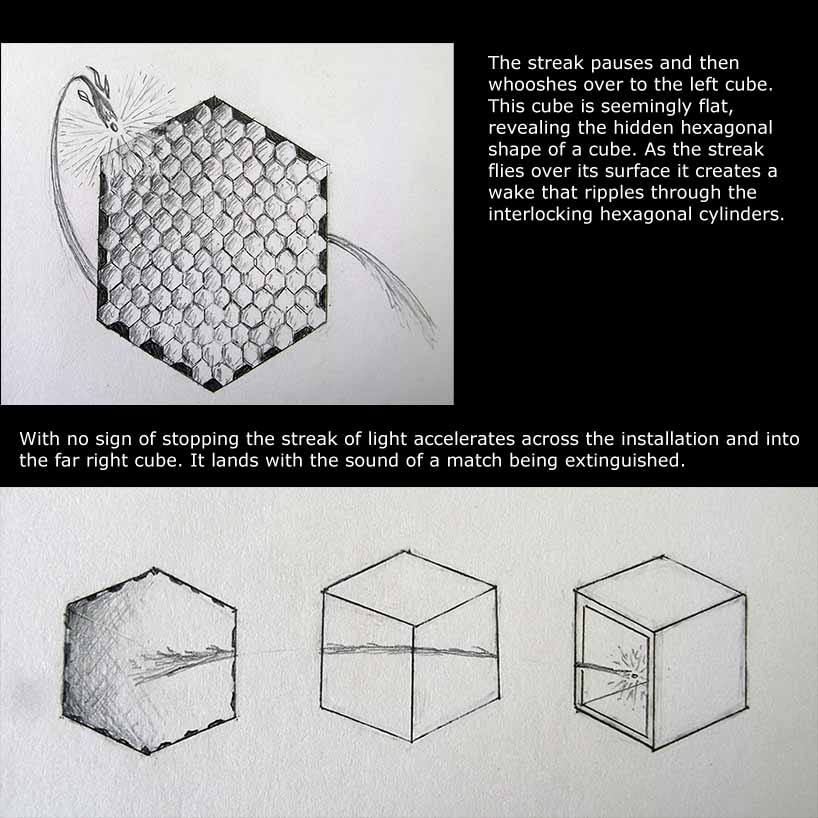 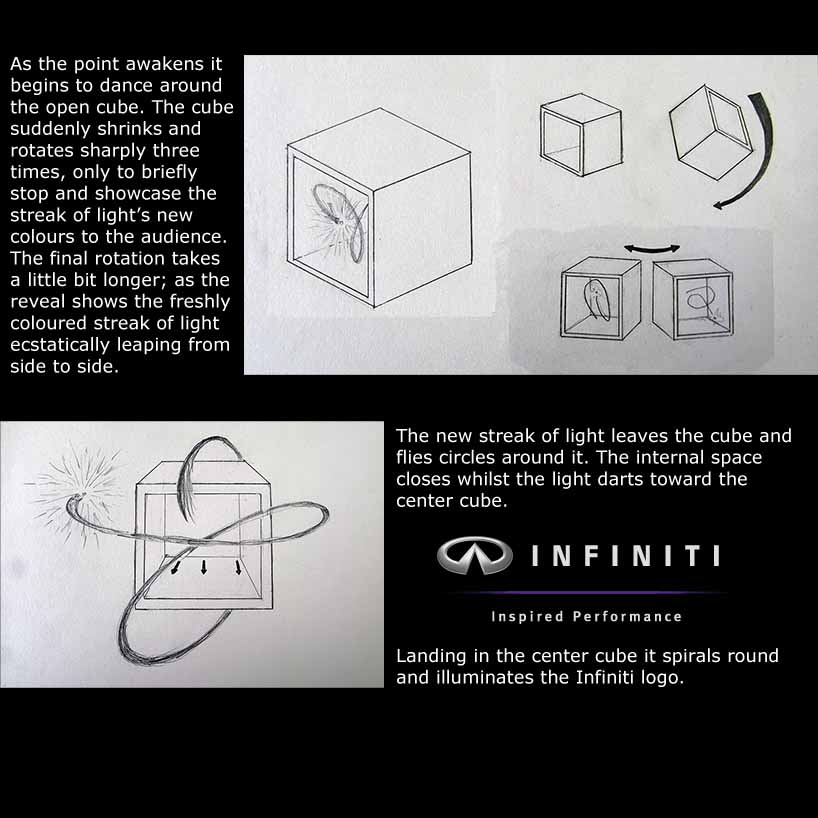 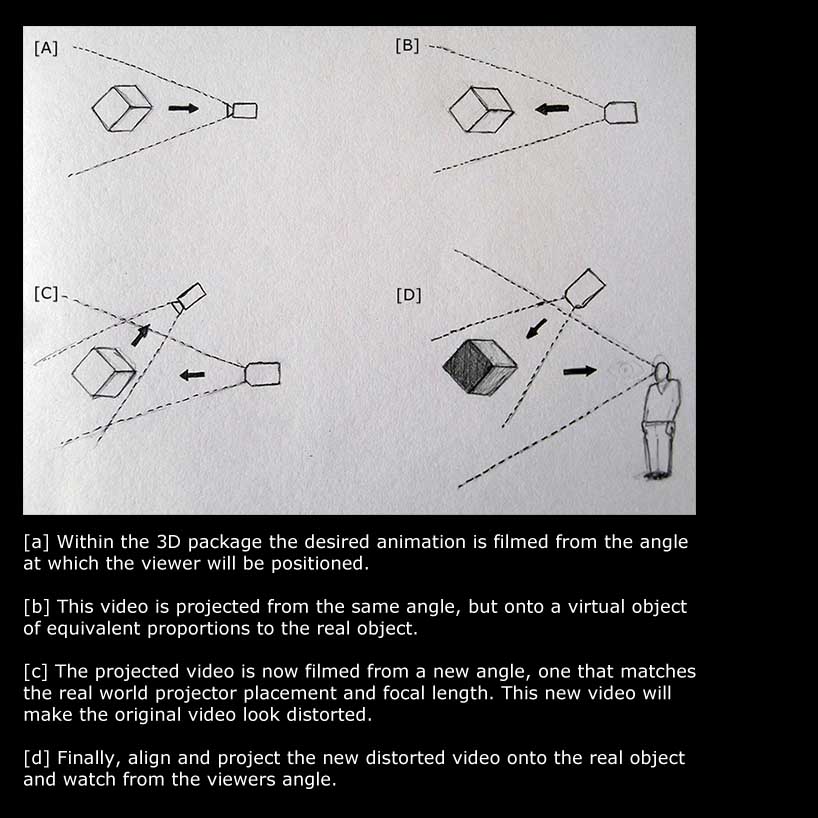 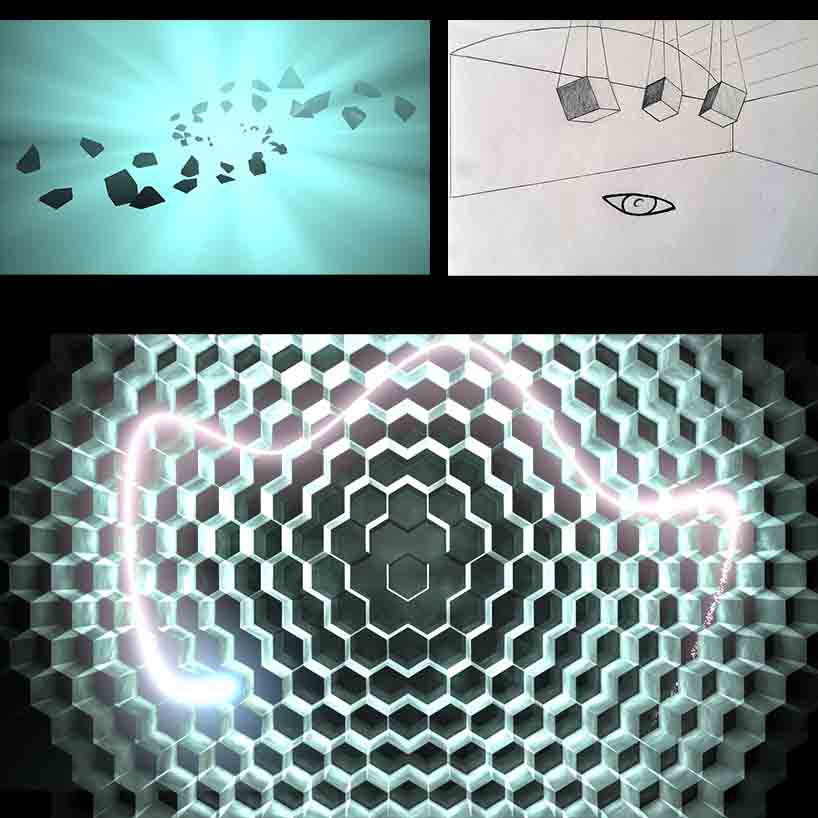