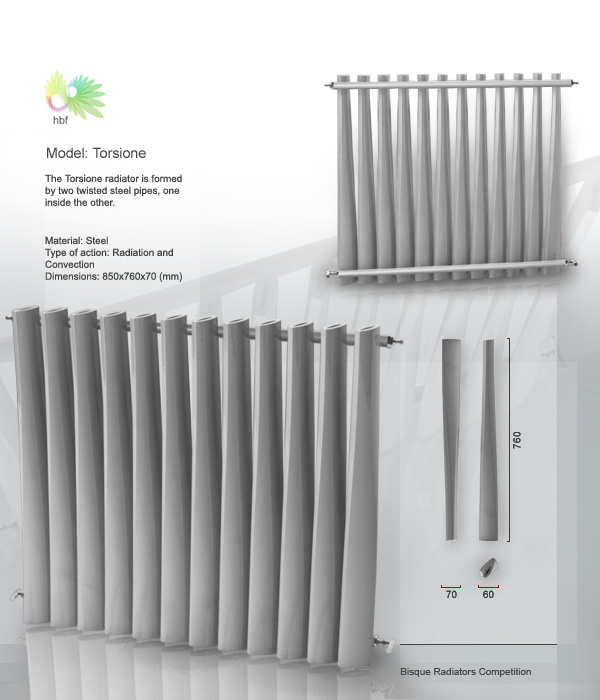 torsione by patrick pradel from italy

The Torsione radiator is formed by two twisted steel pipes, one inside the other.
Between the pipes water flows from top to bottom releasing, heat outside through radiation.
Inside the smallest pipe, cold air flows from bottom to top, heating itself by convection.
The twisted forms viewed from different points create many visual effects.

The Torsione radiator is formed by two twisted steel pipes, one inside the other. 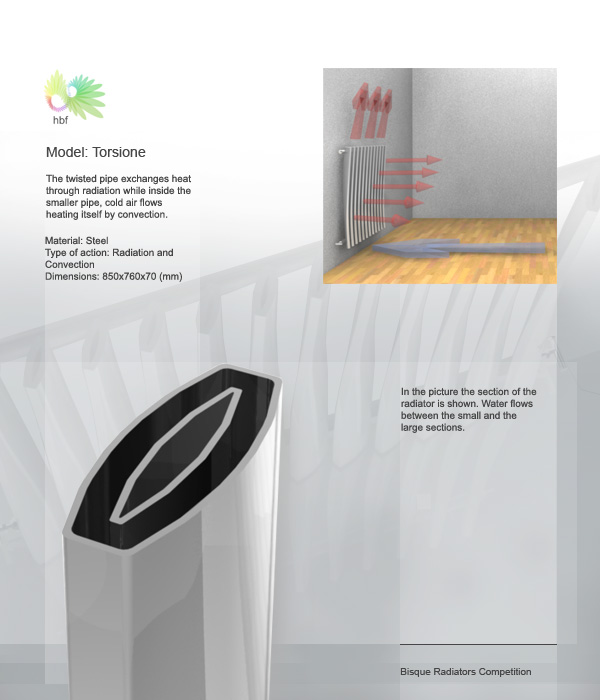 The twisted pipe exchanges heat through radiation while inside the smaller pipe, cold air flows heating itself by convection. 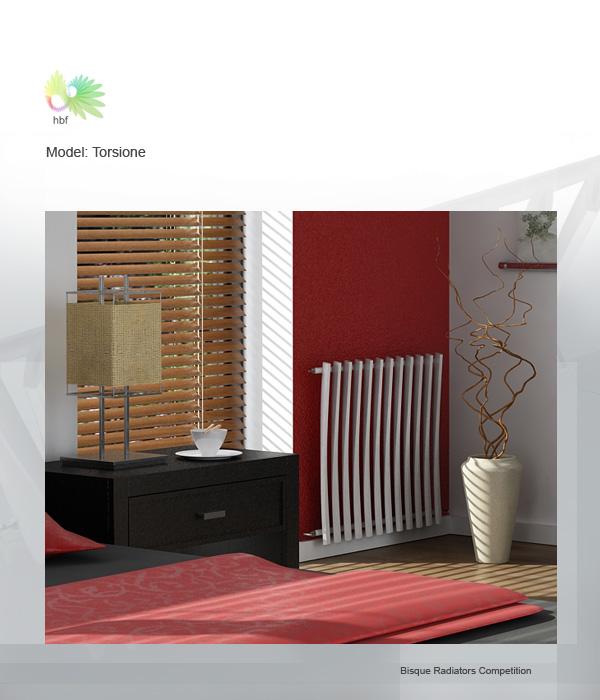