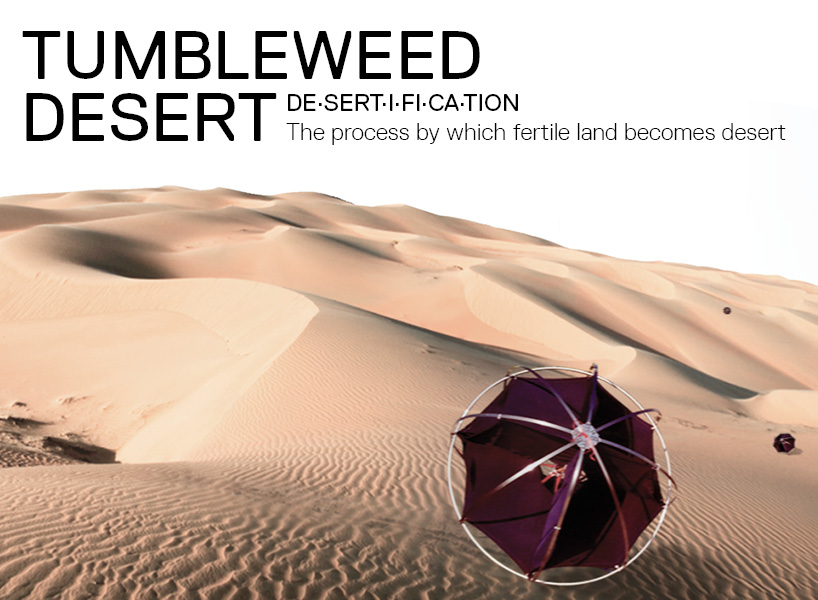 The Tumbleweed Desert is a platform designed to operate autonomously for years travelling distances of thousands of kilometers using only the power of the wind. Its mission: to hold back the spreading desert.

Desertification is a serious and irreversible state of land degradation, particularly evident in drylands. It is mainly caused by land use changes from population pressures, agricultural expansion, deforestation, and over use.

By monitoring land conditions and planting annual grasses in strategic locations, drylands in danger of desertification can be stabilised and erosion by wind and rain can be stopped. However, the areas are far too vast for conventional action. Enter the Tumbleweed.

Instead of using solar panels or generators to create electricity to power motors (inherently inefficient), the round shape of the Tumbleweed and the arrangement of the sails allow it to catch the wind and roll in any direction at great speed. While in motion, a kinetic generator produces enough energy to power the onboard computer, sensors, and motor.

Like a hot air balloon, the Rover cannot control its exact path, but can decide when to move with the wind and when to wait for it to blow in a favorable direction. When it reaches an area suitable for planting, it releases the correct type of seeds.

By alternately collecting data, communicating together, and travelling to disperse seeds, a group of Tumbleweeds can slowly create a barrier to defend against the advancing desert.

The object presented is a working development model proving the viability of such a system.

Group of Tumbleweeds in action. 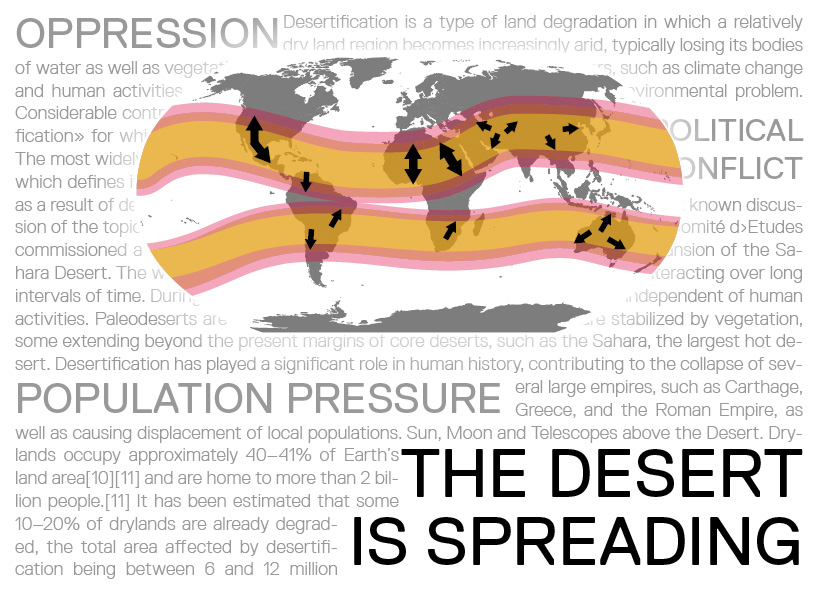 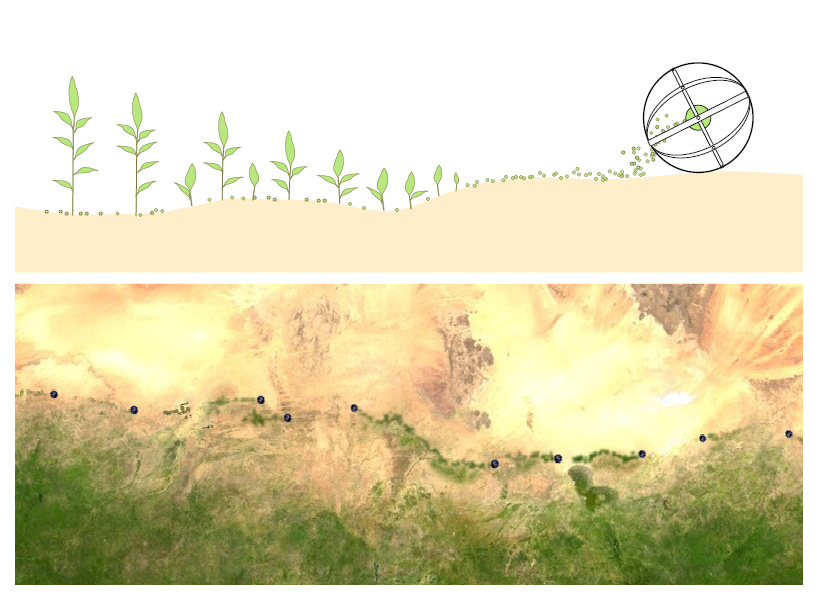 A group of Tumbleweeds traveling to disperse seeds can slowly create a barrier. 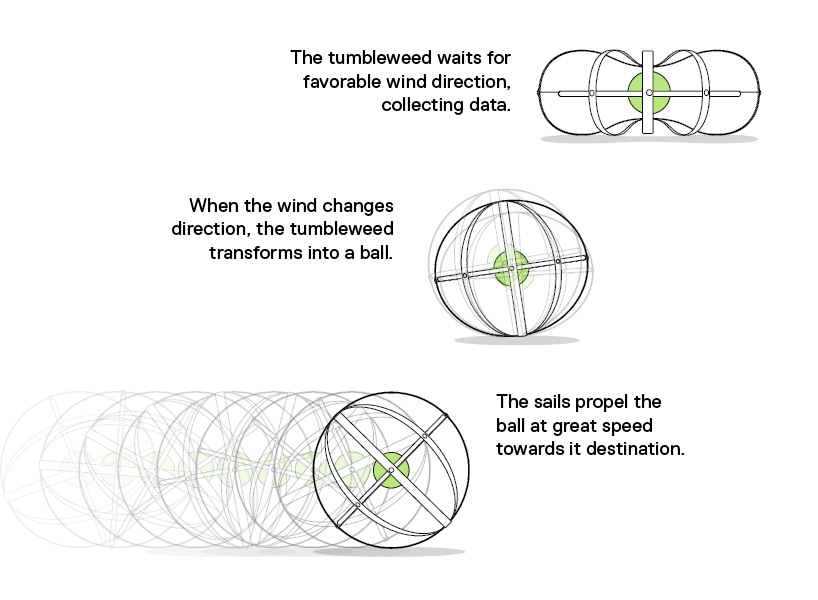 Like a hot air balloon, the Rover cannot control its exact path, but can decide when to move with the wind and when to wait for it to blow in a favorable direction. 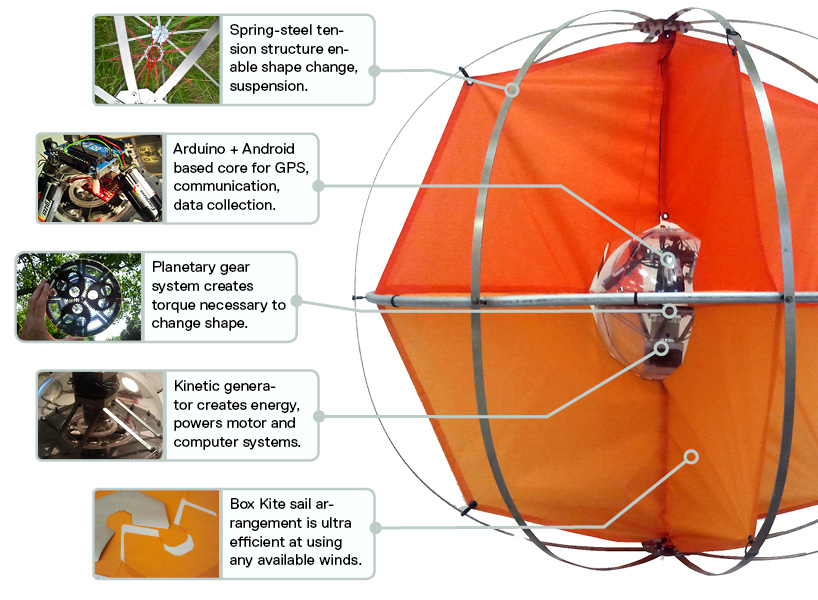 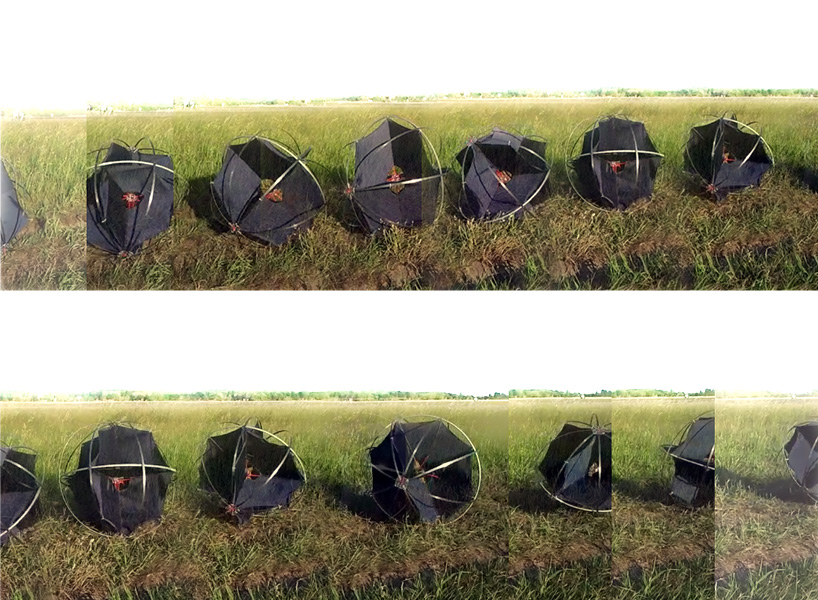 Always on the move.