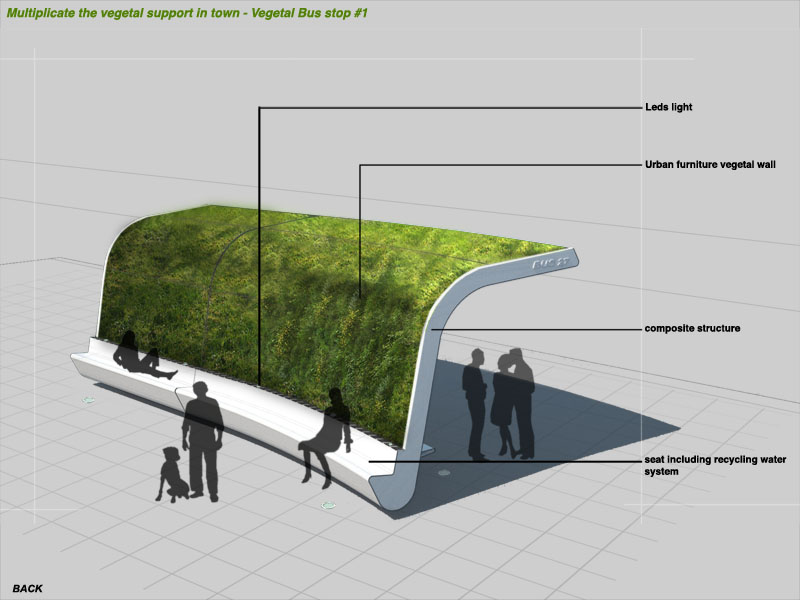 The idea is about multiplying the vegetation-supports in the city in an ecological system.

The spreading of the urban spaces apart from being problematic towards the environment reduces the vegetation’s surface area of the city. The reintroduction of vegetation either on buildings, public spaces or urban furniture is a necessity for keeping a considerable human surrounding. The project of the vegetal bus shelter here proposed is an example of the numerous possible supports as vegetal surface areas in the city.
The bus or tramway shelter is an emblematical urban furniture of reducing the place of vehicles in the cities and limit greenhouse effect gas emissions. Here it shelters, permits the waiting and the stopping while proposing a landscape environment. It salvages rainwater and becomes autonomous; also low-consuming lights are used. 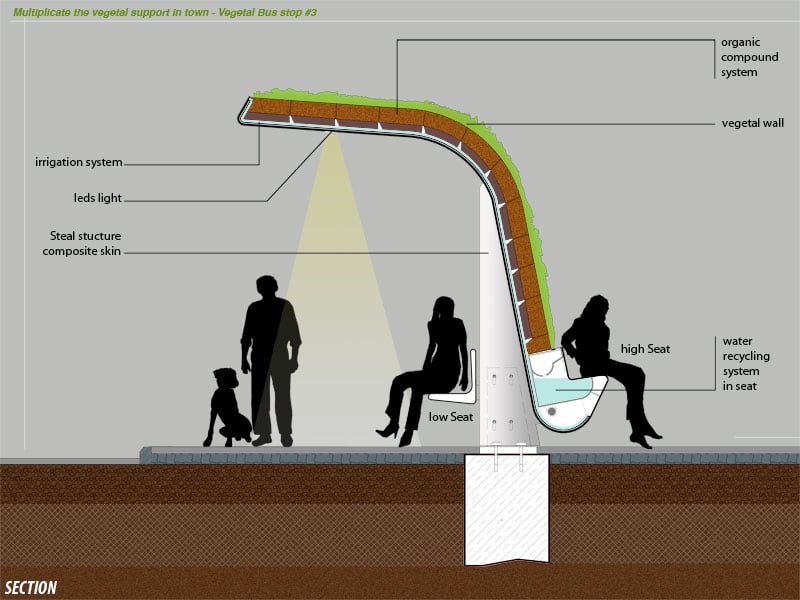