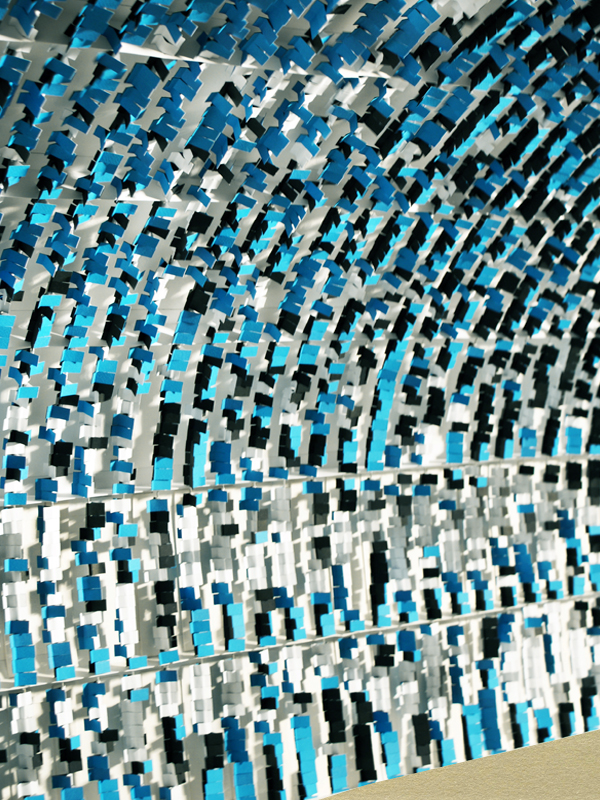 windvane in subway by oksana bazanova from russia

This project is designed for the Seoul subway, which in turn is closely integrated with the railway network, in particular, with the system of suburban trains. On the platform of the subway stations located a system of movable weathervanes that react to the approach of a train. This system, in turn, software controllable and can have different colors. If the train is far from the station, the system is at rest, in motion the train through the tunnel, the flow of air causes the system weathervanes in motion, thereby informing passengers that a train is approaching. If the train is at station weathercocks can line up in a certain color matrix, and may even form the text, indicating the direction of the station, time of arrival and departure of trains, etc. 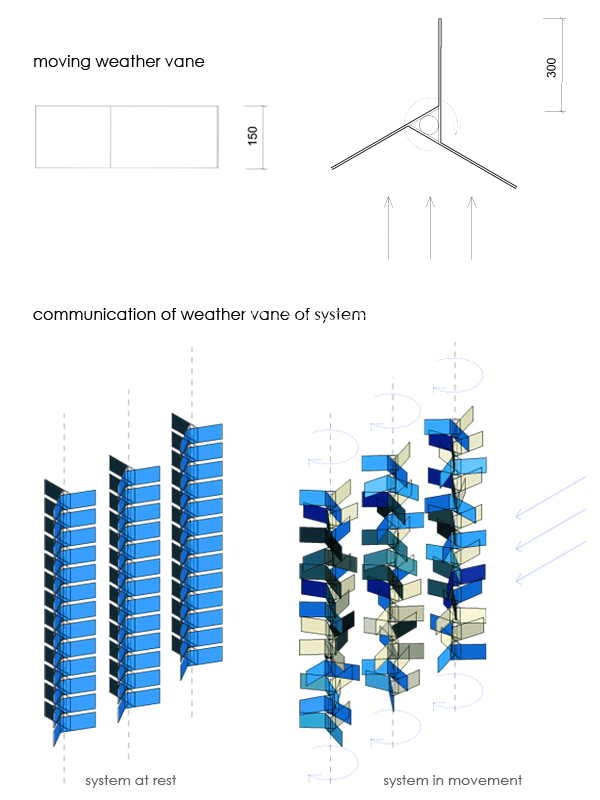 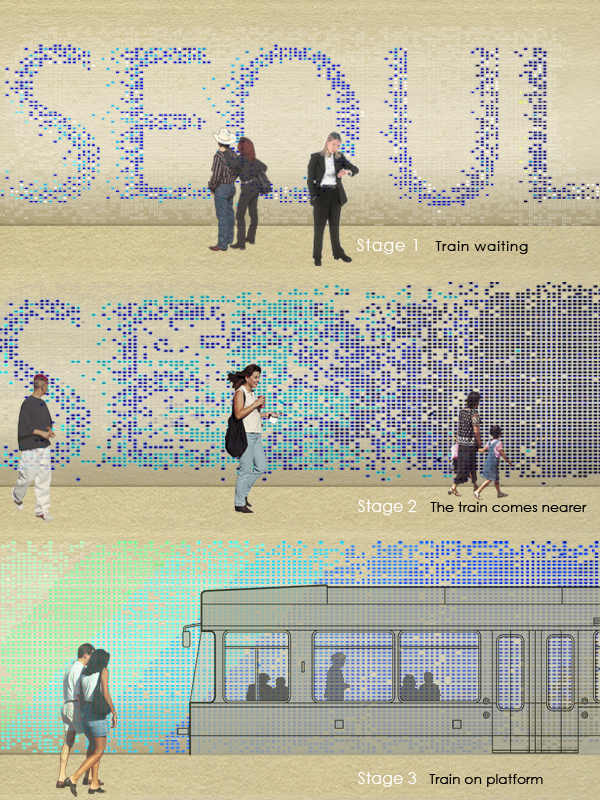