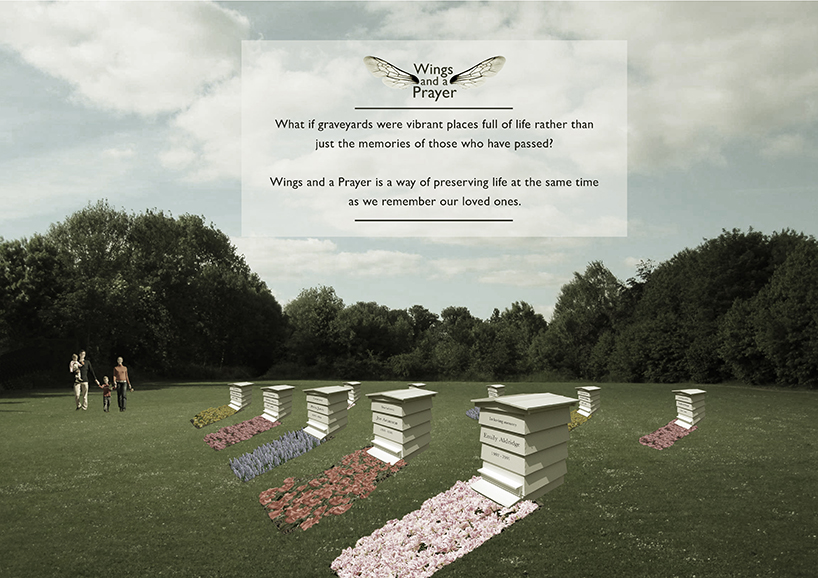 Wings and a Prayer by Mikael&Doug from uk

What if the act of remembering a deceased loved one could actually help preserve life for the future? If mourning went beyond being a personal gesture, and actually helped those around us? And if graveyards weren’t just places of death, but were vibrant and full of life?

Honey bees are an incredibly important part of the world’s ecosystems. Yet the worldwide bee population is in heavy decline. With less bees in the world, food prices would soar while the global population rises. Einstein was famously quoted as saying “If the bee disappears from the surface of the earth, man would have no more than 4 years to live.”

Wings and a Prayer addresses this problem head on, in a way that adds meaning to the traditions of burial and cremation. By replacing static headstones with living ones, in the form of beehives, we change the nature of mourning.

As such the meaning of the space transforms. Without any significant changes to the layout and structure of the graveyard, we are able to completely change the way that people feel about going to this site. Leaving its original purpose intact, the project simply adds another dimension to it.

The act of bringing cut flowers to graves becomes redundant when compared to bringing live flowers, which will help to sustain the bees.
Mourners would be encouraged to decorate the graves with species of flowers that are particularly important for the survival of honey bees. Those who opt for cremation can have their ashes spread across their flower bed aiding fertilization.

Maintenance and tending of the bees would be carried out by a part time beekeeper. Sales of honey (each beehive can produce £250 worth of honey per year) would also contribute to the beekeeper’s salary.

As a final optimistic symbol of using death for the furtherance of life, Wings and a Prayer make personalised jars available for the honey produced at the hiveyard.

Wings and a Prayer 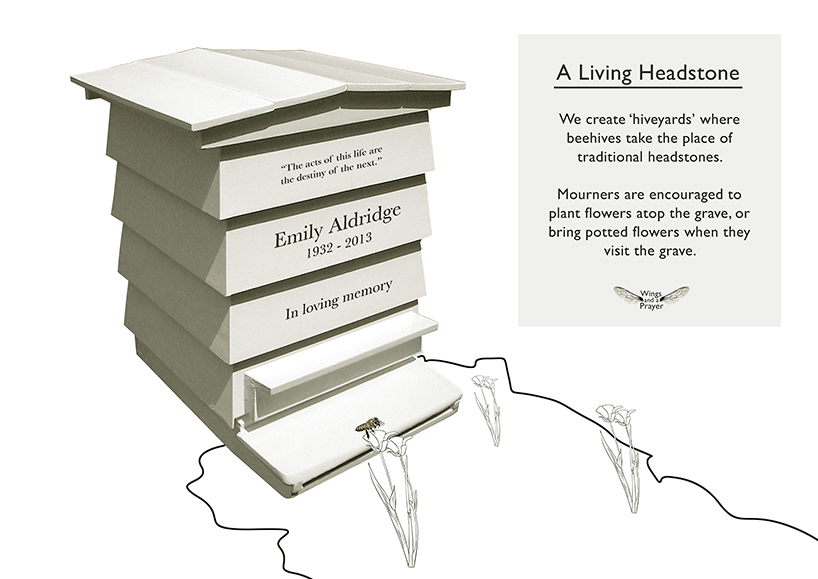 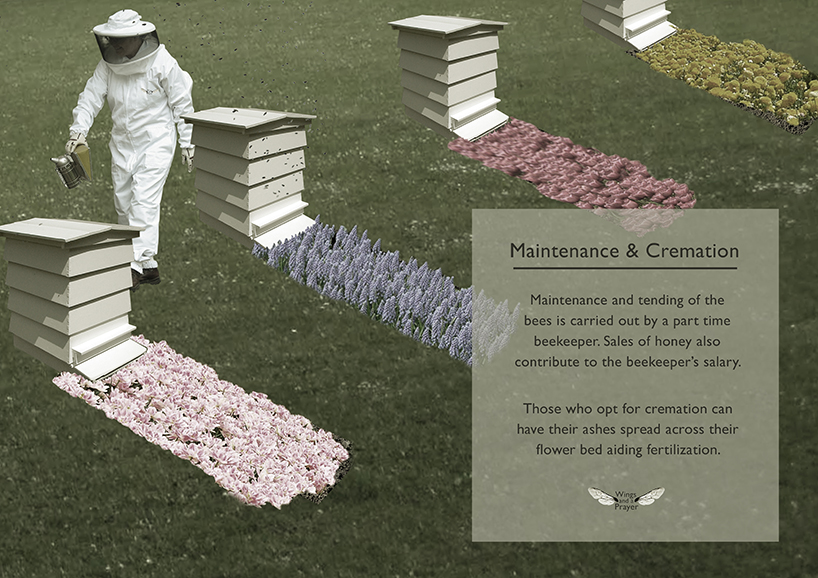 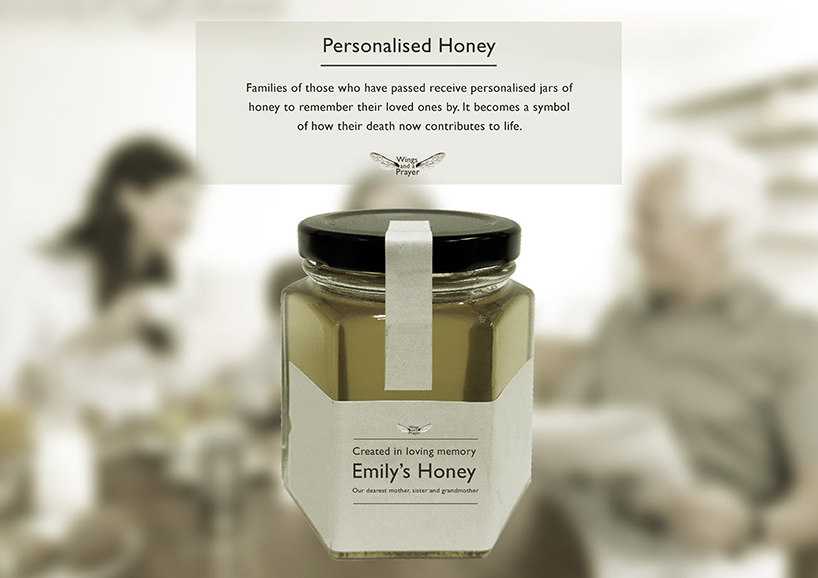