not unlike the high line, the corn maize is a mediation of the ‘natural’ landscape by means of artificial construction. paths are carved into the physical mass of the corn to create varied and intimate experiences. whereas the high line delineates a linear path above, ‘amaizeing’ conversely creates a winding one below. in contrast with the high line’s strong directionality, ‘amaizeing’ instead promotes enclosed moments of pause and reflection.

‘amaizeing’ supplants the typical notion of a temporary exhibition space by offering gallery crawlers a chance to participate in an activity typically reserved for regions of much lower density. while considerably smaller than most corn maizes, ‘amaizeing’ affords a brief but transcendent encounter with the sights, smells, and sounds of the real thing.

upon installation, ‘amaizeing’ would serve as part gallery-space and part interactive installation. from 24th Street, individuals would see an alluring entrance in the form of a slit within the wall of corn. as people enter and wind their way through the maize itself, a series of gathering and exhibition spaces engender a sense of mystery, discovery, and wonder. a large exhibition space in the middle of the maize can accommodate larger sculptures or events while a small coffee bar marks the terminus of the maize.

among the corn stalks are ‘planted’ interactive display monitors that maize-goers can access by peeking through the corn; each of these ‘media stalks’ will feature the work of a different artist or designer. these ‘media stalks’ activate dead-ends in the maize, allowing them to serve as opportunistic gathering and exhibition spaces; patrons are rewarded for their lack of direction.

as a public amenity, the high line has assuredly transcended its own typology through its inventive re-appropriation of space. but while the allure of the high line lies above the street, ‘amaizeing’ engages the public with a singular engrossing jaunt. by juxtaposing these two seemingly discordant experiences, new parallels can be discovered by urbanites and ruralites alike.

a multi-staged installation process would ensure efficient deployment as well as the ongoing livelihood of the plants themselves. the project team would contract an independent farmer outside of new york city to cultivate the plants from may until early october. at this time, the team will transplant the corn to individual planters. a pre-fabricated substructure made of marine grade plywood will await the prepared stalks, which need only to be dropped into place to form the maze. in addition to providing clear and hardy boundaries, the substructure may integrate a simple irrigation and grow-lighting system. 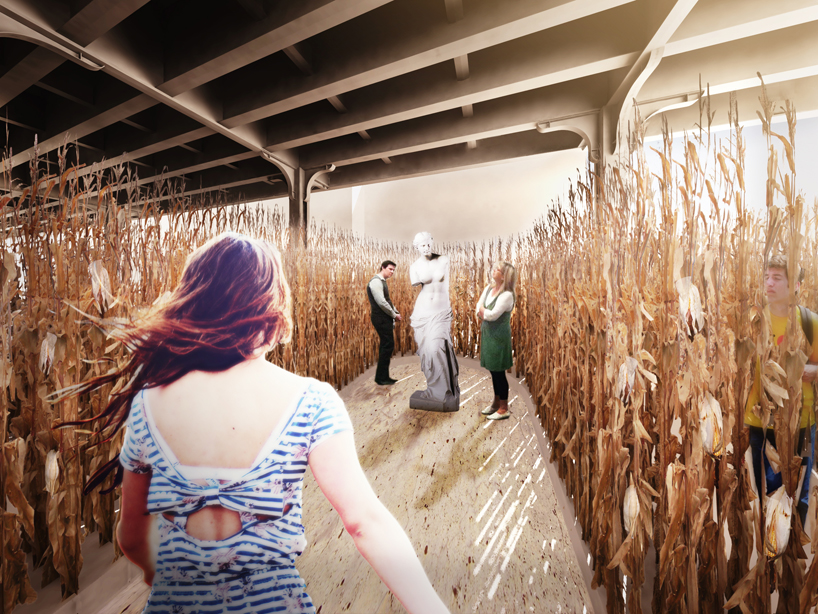 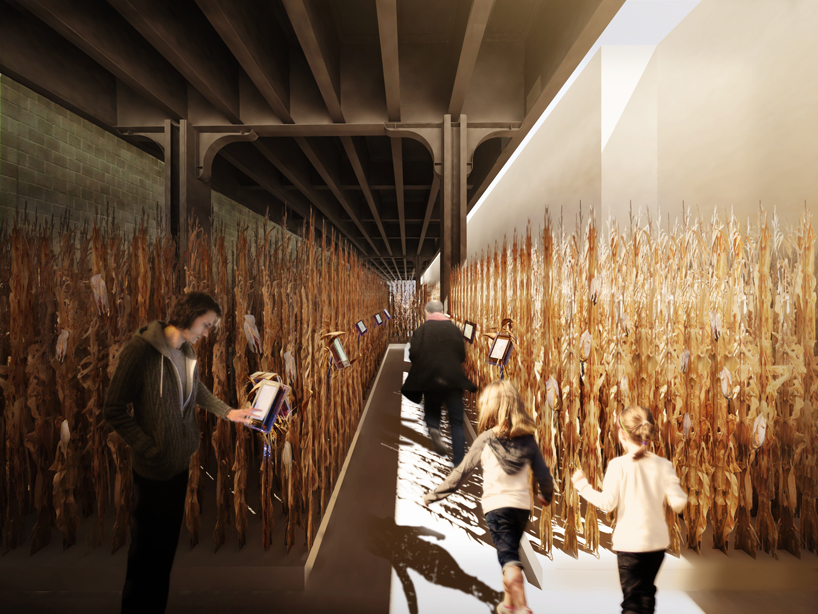 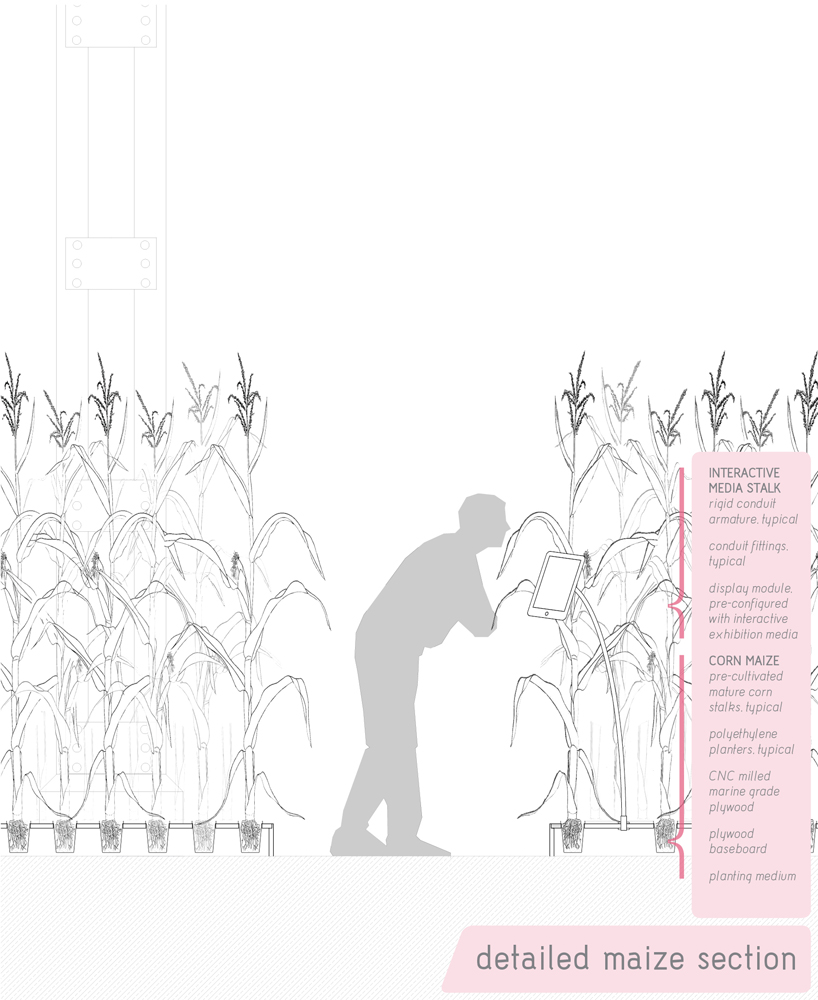 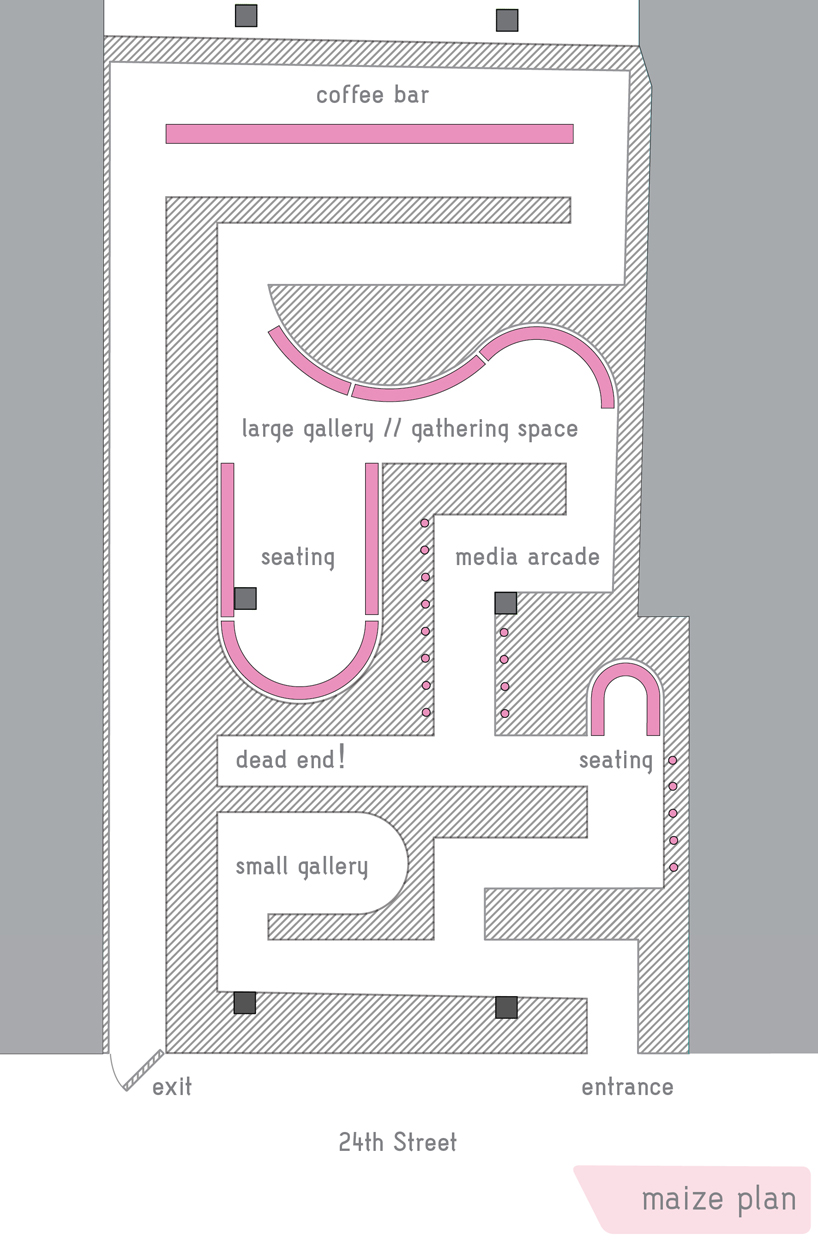 Jan 14, 2021
junya ishigami completes plaza of kanagawa institute of technology in japan
remaining open to the elements, the project has been conceived as an expansive landscape that changes with the seasons and the weather.
architecture
791 shares
connections: +2570