new york-based firm archi[te]nsions has proposed a development that preserves the local identity and its urban values entitled ‘badel block complex’. it juxtaposes the new and the old in co-existing topological configurations as the site is split functionally in two parts, above and below. the design takes place from a deep analysis of the existing urban fabric, and the relationship between functions and speed. the functions were redistributed according the fastest commercial functions, such as shops, supermarket and retail, are positioned on the edge to be in direct connection with traffic and the rest of the city fabric creating economical tension and reconnecting it to the existing fabric.

introverted in the new public plaza within the site other functions were injected to revitalize the site such as restaurants, cafes, and cultural activities. the urban strategy creates a morphology of a continuous but porous boundary that redefines the site as a city block and at the same time activates the surroundings. the buildings are conceived as an ascending platform spiraling above the old structures and touching the ground at specific moments, creating new programs and vertical circulation that allows the user to reach the areas above the square. a compression/expansion system allows the users to perceive the landscape like a cinematic experience with the the aerial loop and the ground floor as social condensers. 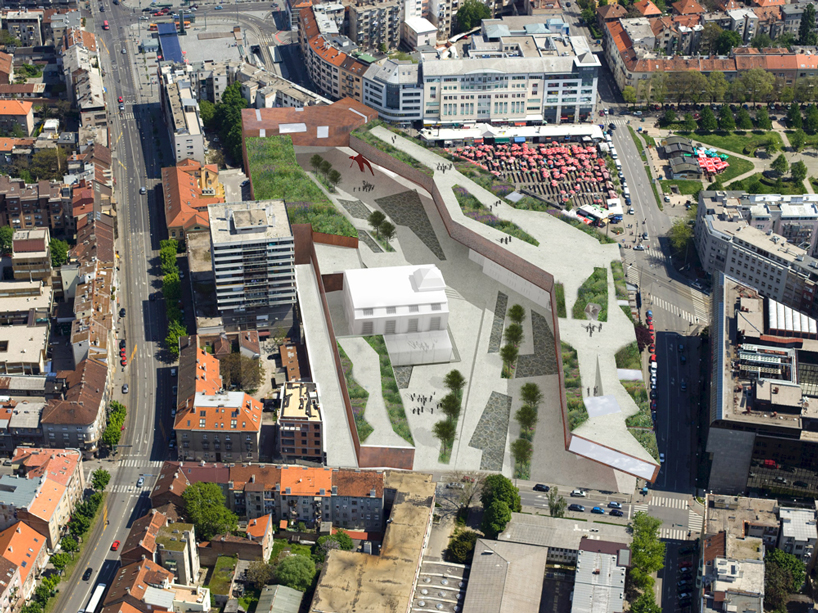 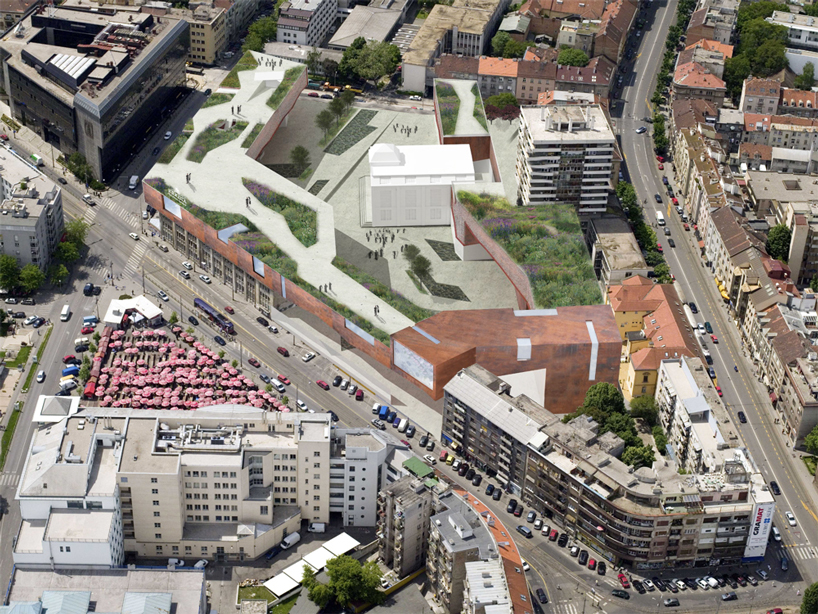 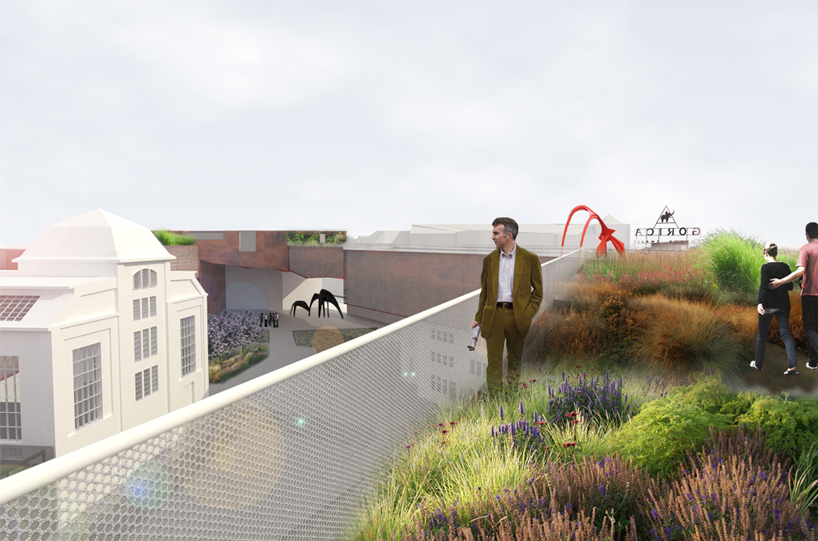 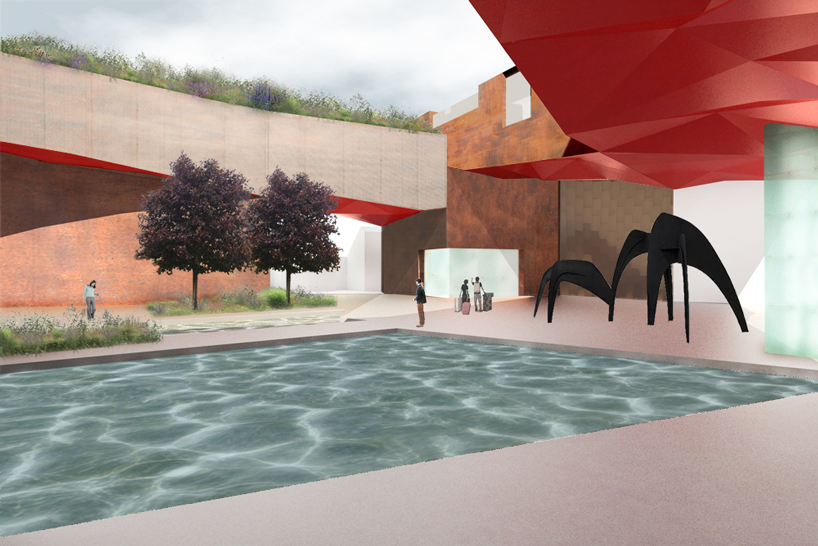 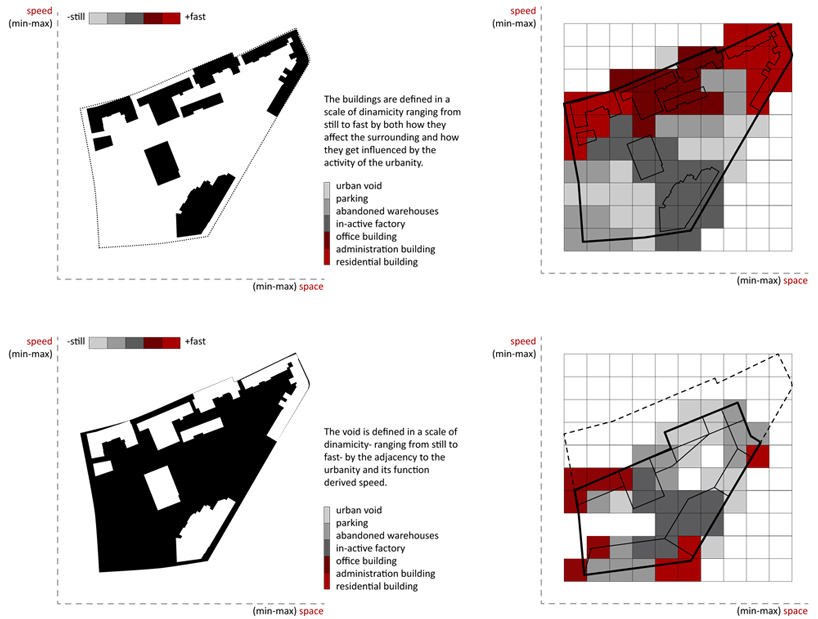 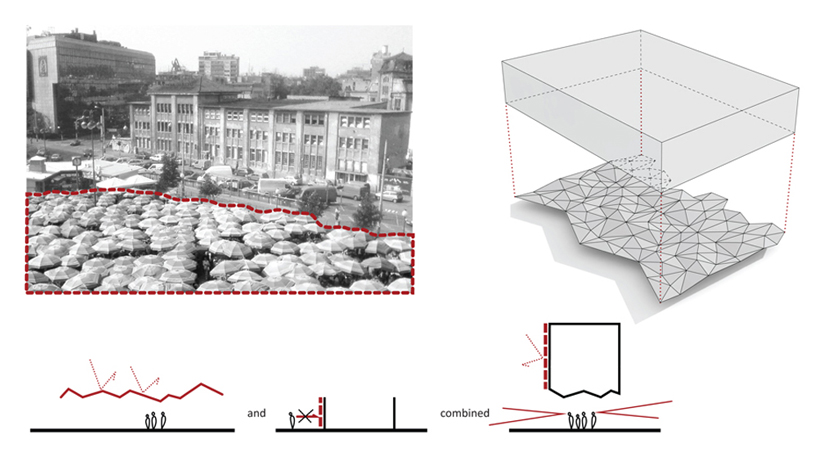 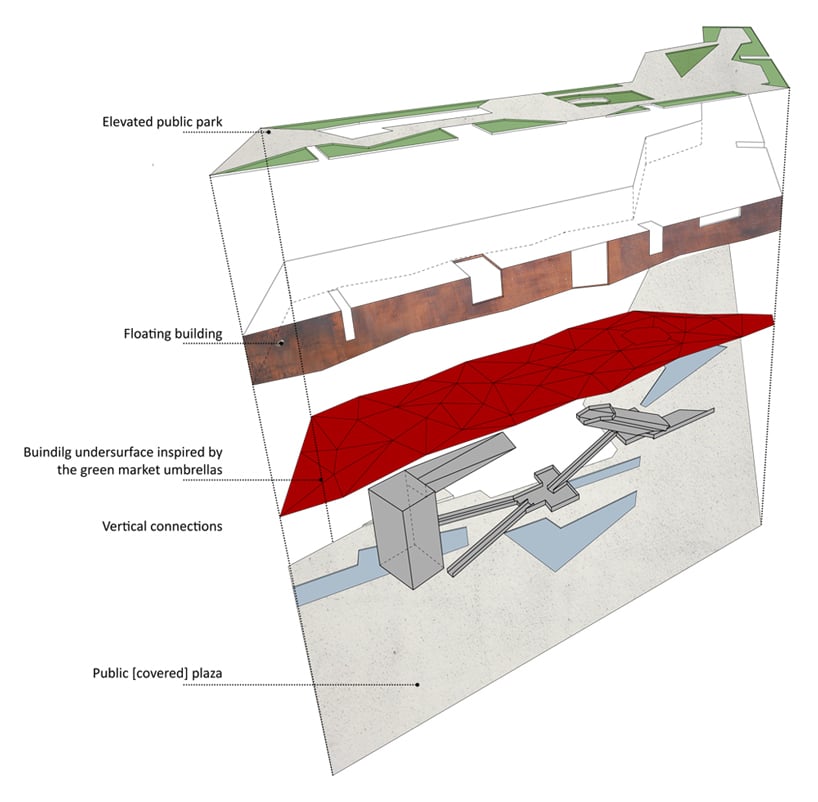 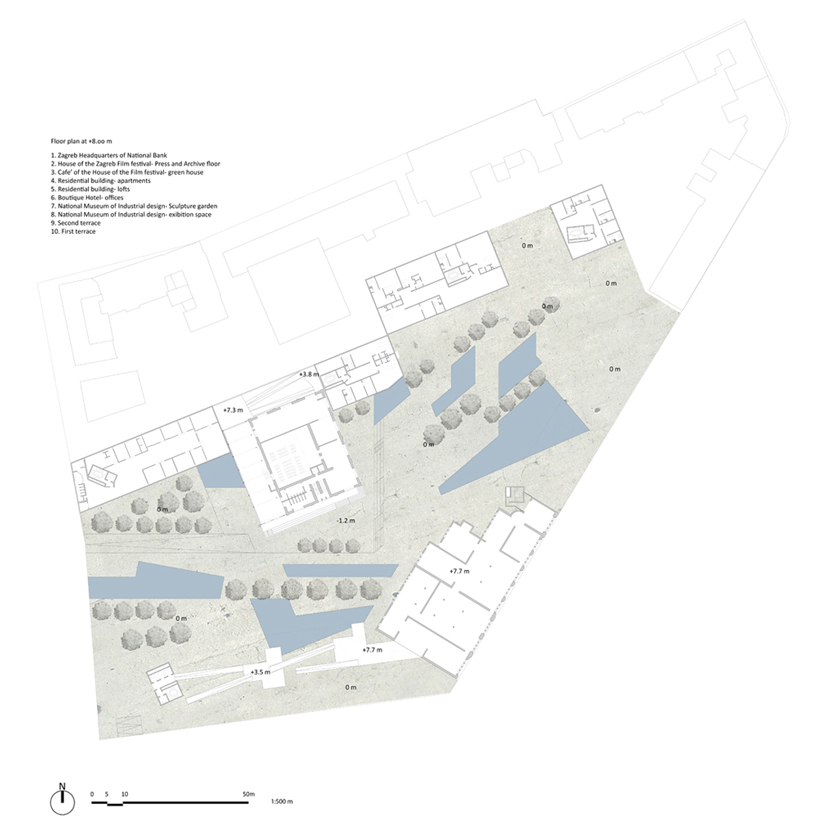