british graphic designer arthur buxton has composed ‘vogue covers covered’ a visualization of colors trends of magazine jackets. using open source sampling tools the designer has reinterpreted the vogue publications of britain, paris, the usa and italy. within each piece the small bar charts (measuring 2.4 by 2.9 cm at 1:10 scale to the originals) show the five most prominent colors, proportionally, in an individual image. each column is a year starting with september and working down to october at the bottom. the strips run from 1981 on the right working across to 2011 on the left.

aside from seasonality and longer term changes in the palette, more concrete data become apparent. for example, the ‘paris vogue covers 1981 – 2011’ a sudden change in tones occur in late 1987.

the data visualisation colour time-lines will be on shown throughout the UK this year starting in newcastle at the northern print gallery from 21st june 2012 to 10th august 2012. the private viewing is on the 20th of june from 6 – 8 pm. 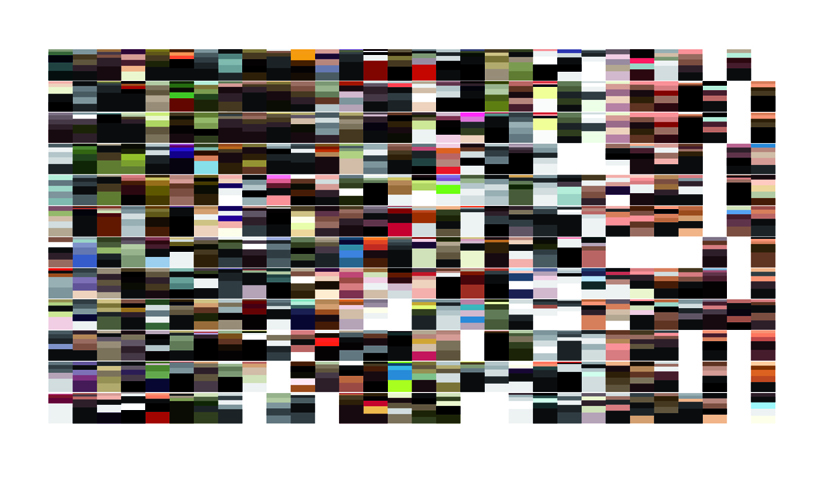 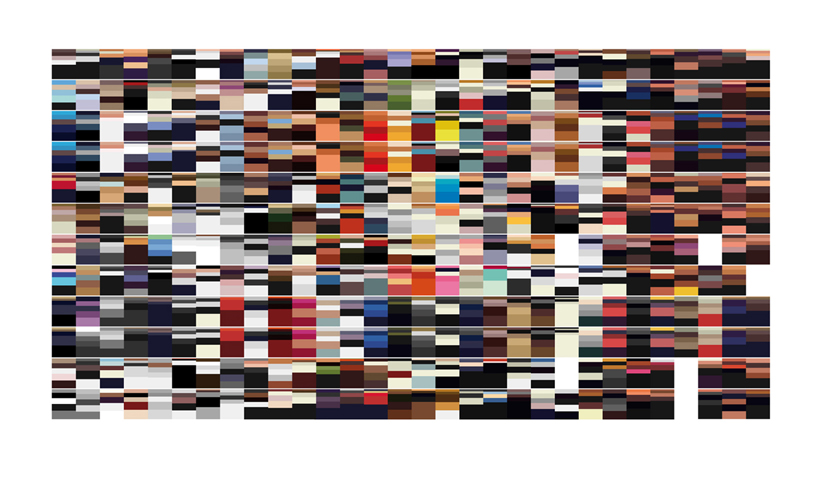 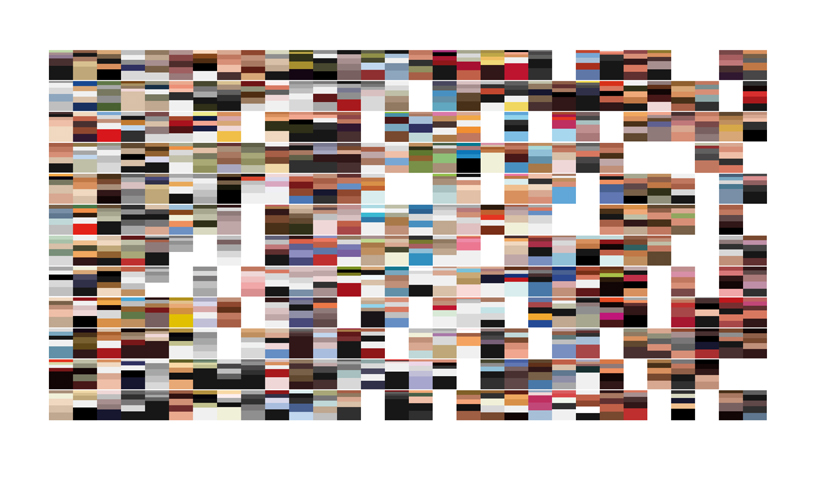 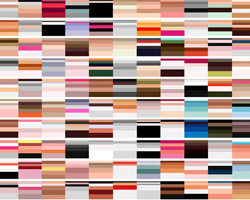