german artist hendrik beikirch, known by his alias ECB has created asia’s tallest mural in busan, south korea, by painting a monochromatic image of a local fisherman in his 60’s on a building stretching over 70 meters (230 ft.) in height. set to contrast architect daniel libeskind’s haeundae i’park building in the background, the installation becomes a symbol for the rapid development of korea and the progression of financial growth within a country that was poor not to long ago.

the mural of the working class man represents a significant portion of korea‘s population that has not been affected by the economic growth and until now, lives under very different circumstances compared to their affluent neighbors. staring into an intangible space with his face marked with wrinkles, still wearing long plastic gloves – a sign that there are still men and women like him at this age working for a living.

despite this, the painting conveys a positive message seen in the emotion shown by the fisherman, where statement in korean letters translate the phrase ‘where there is no struggle, there is no strength’. unlike other artists, the entire installation is conceived without of a projector or a sketch on the wall.

the project was developed in collaboration with public delivery, an organization who has contributed to the promotion of contemporary art throughout asia and europe. 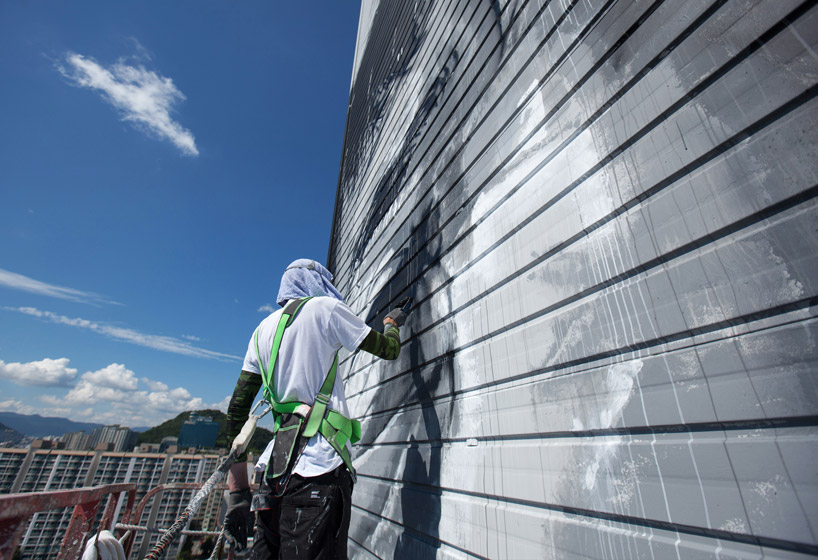 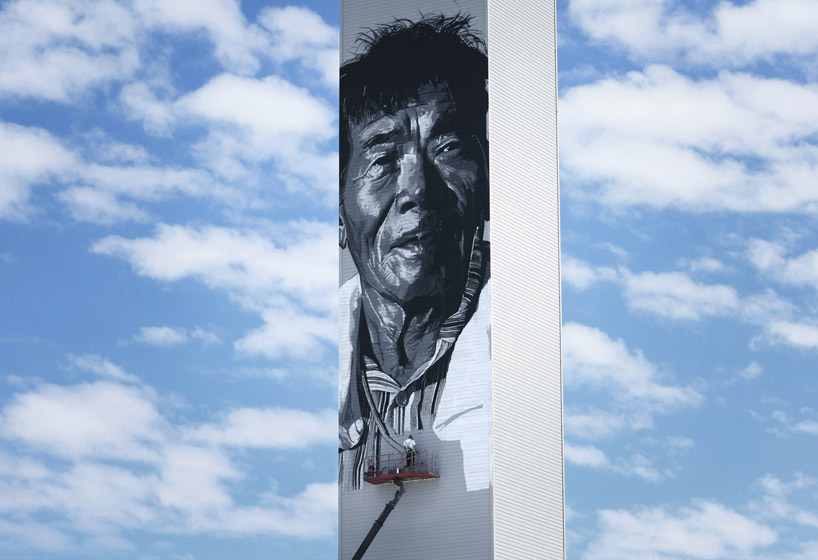 view of the mural almost completed 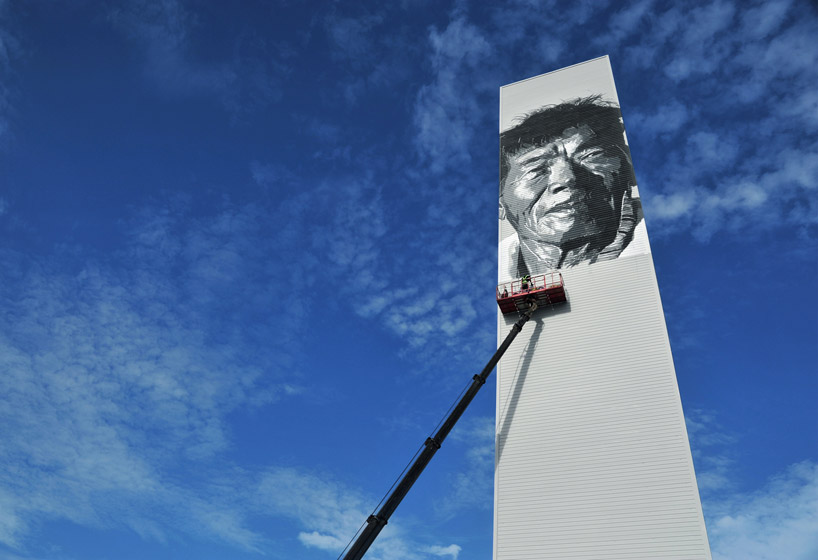 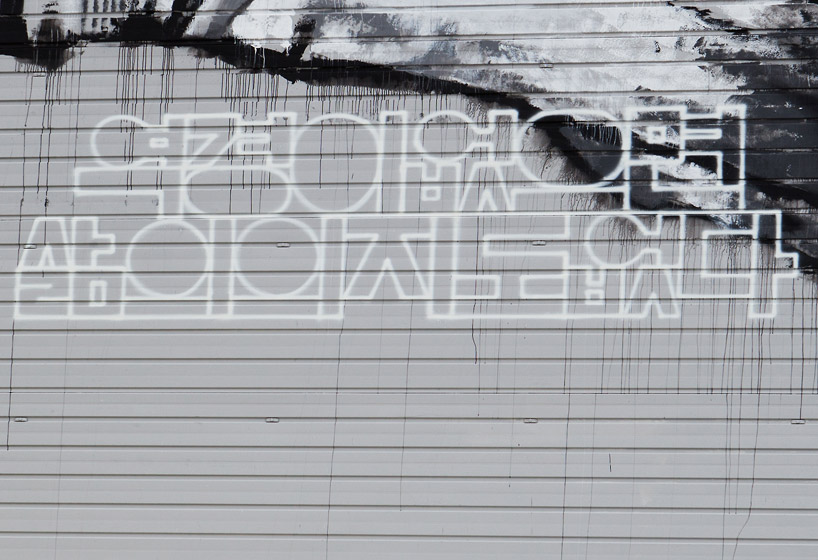