2012 saw the apparition of three sculptural benches on the spuiplein in the hague, that were inaugurated throughout the year. the public art installation ‘benchmark’, created by belgian designer sebastien wierinck, consists of three seating platforms made from a total of 960m freeform bent tubes of stainless steel. the forms are computer-generated from the variation of profiles along a given axis (loop, ‘S’ or ‘X’ shape): surfaces created by morphing the various profiles together. they are then angled by a digitally operated production tool and welded.

the ‘functional sculptures’ act as a satellite for one of the square’s surrounding landmark buildings, and each one aims to create a different type of interaction with its users. wierinck explains: ‘the intention was for each object to propose an ending for the sentence: ‘sit down on spuiplein and…’. although sitting down is seen as a rather passive act in itself, we tried to identify various reasons for this action.’ 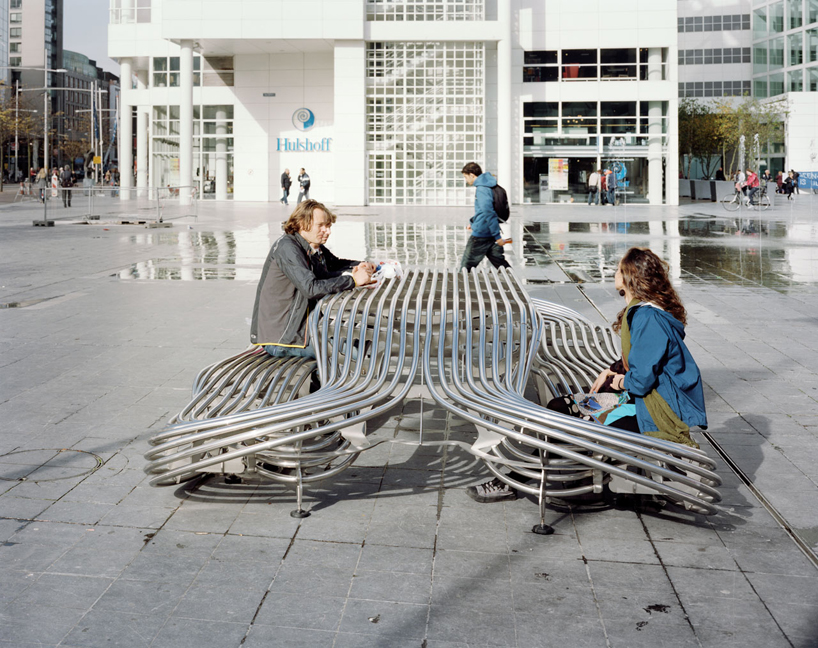 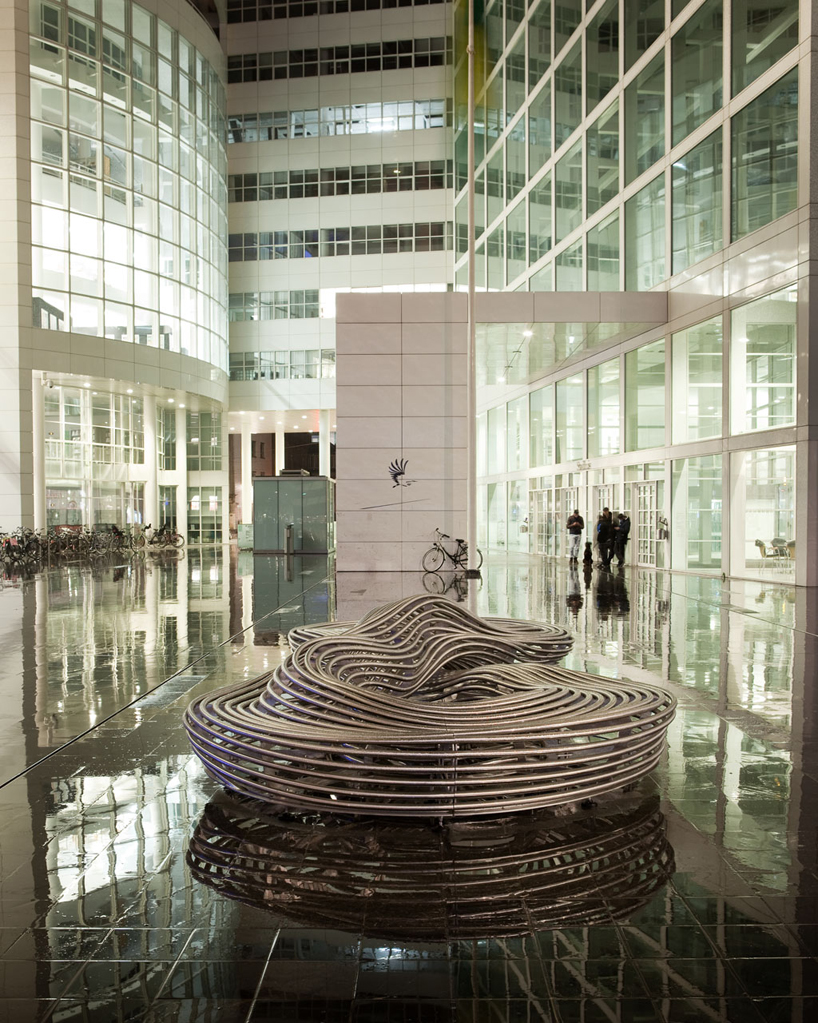 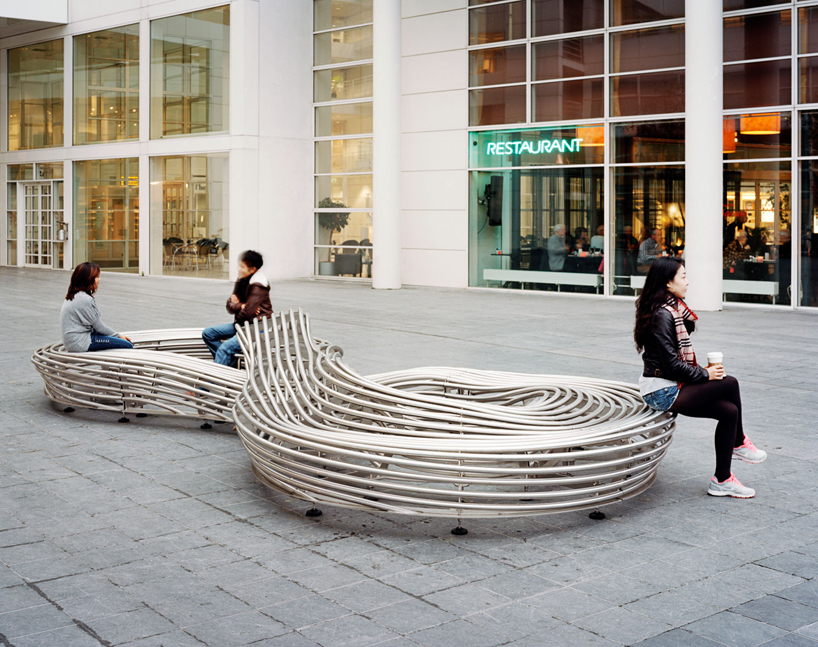 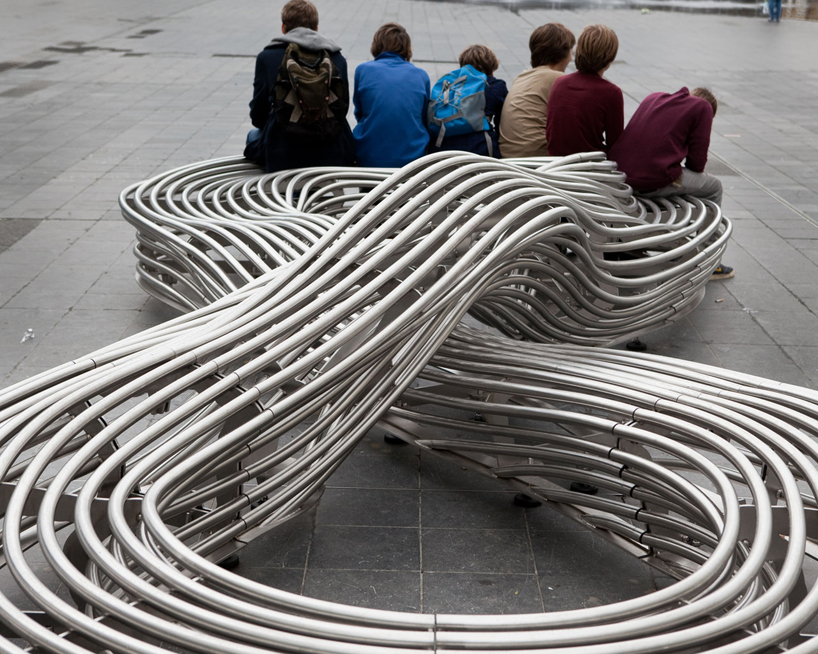 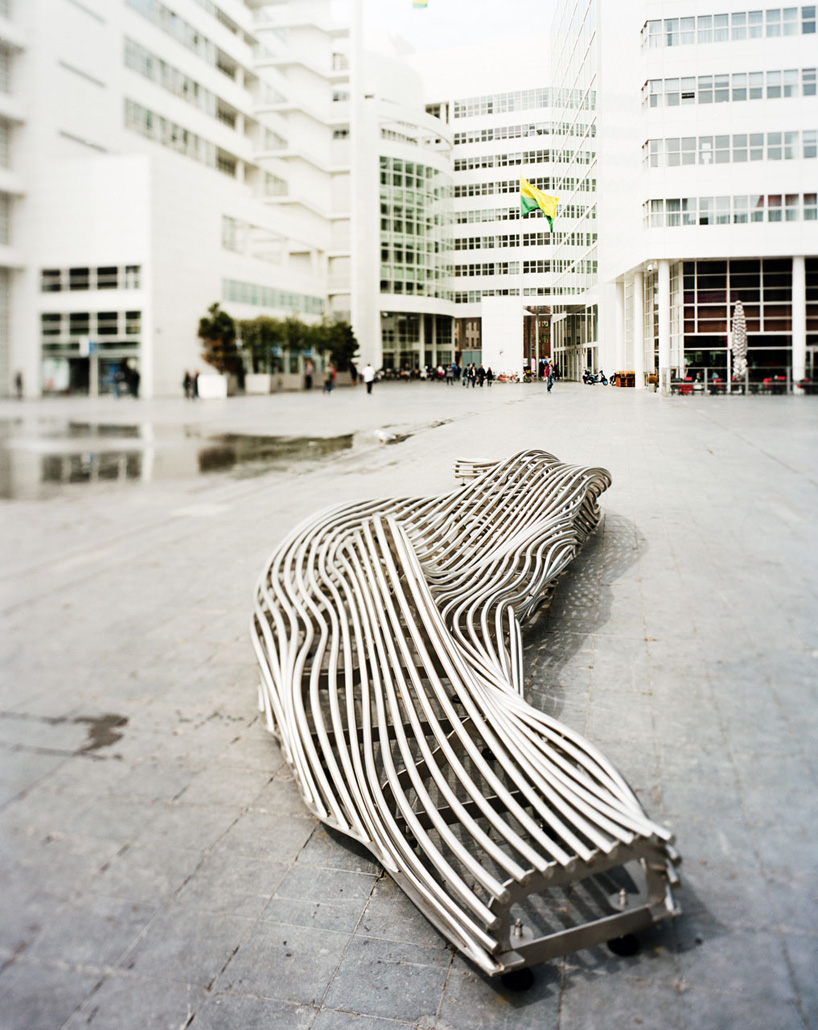 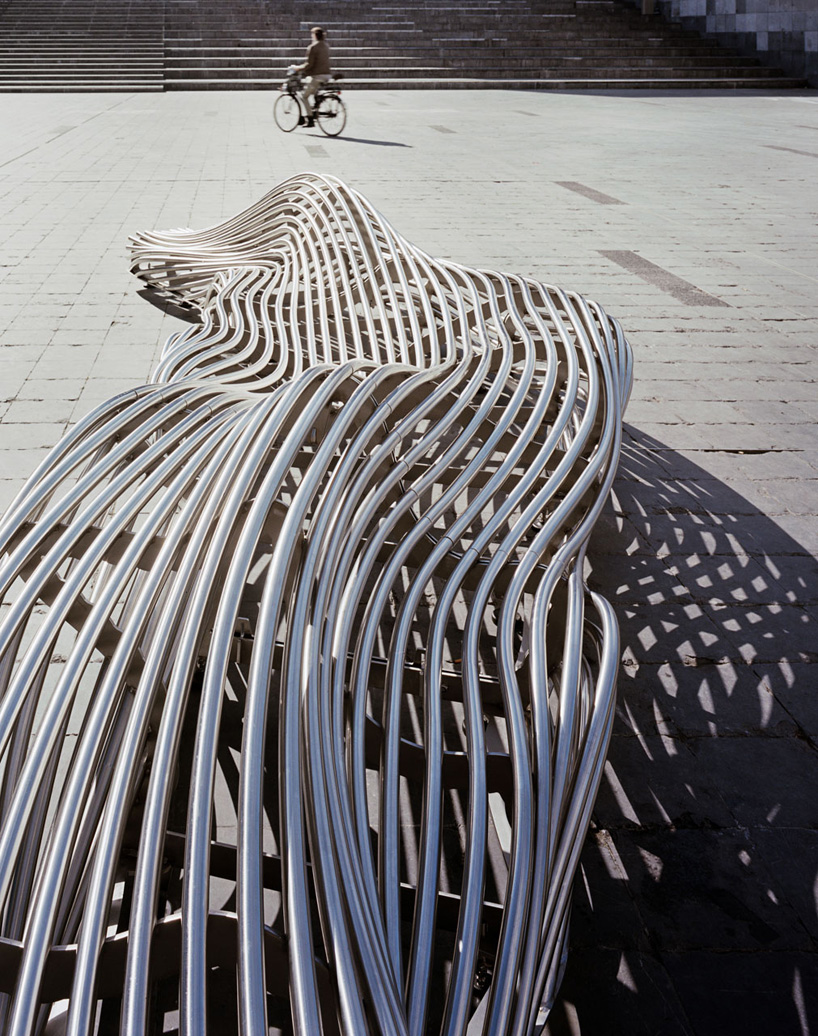 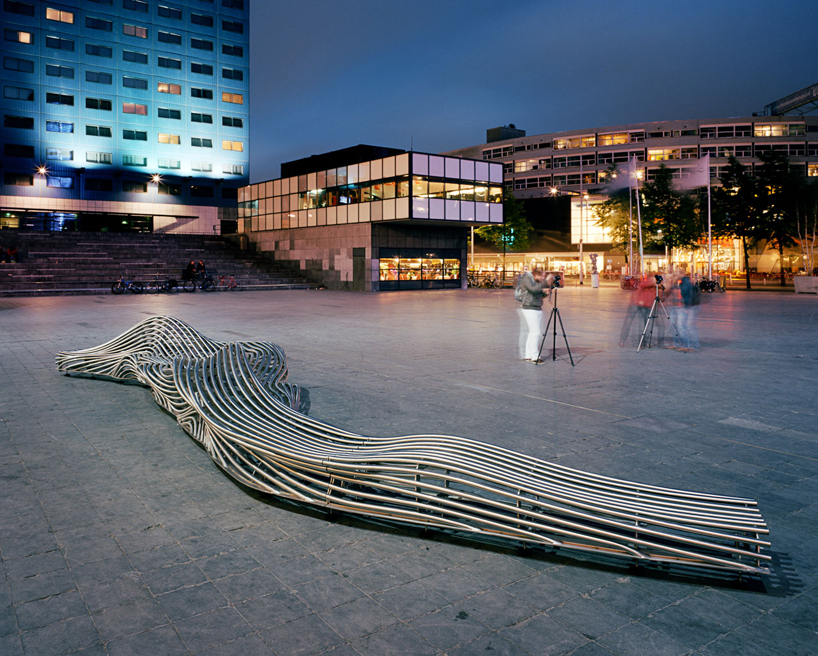 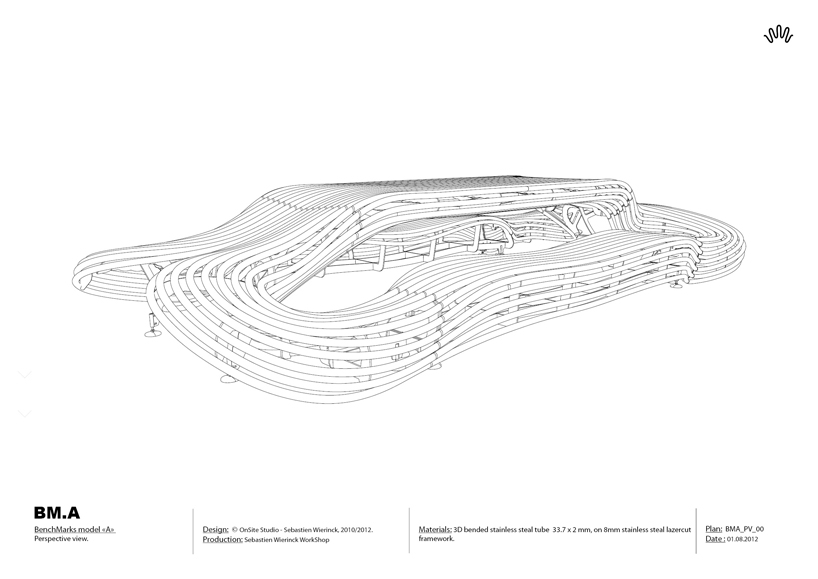 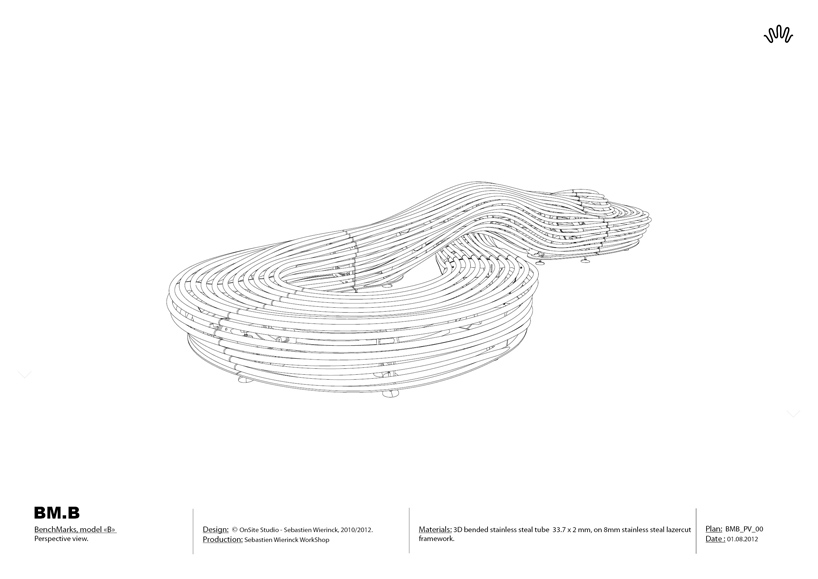 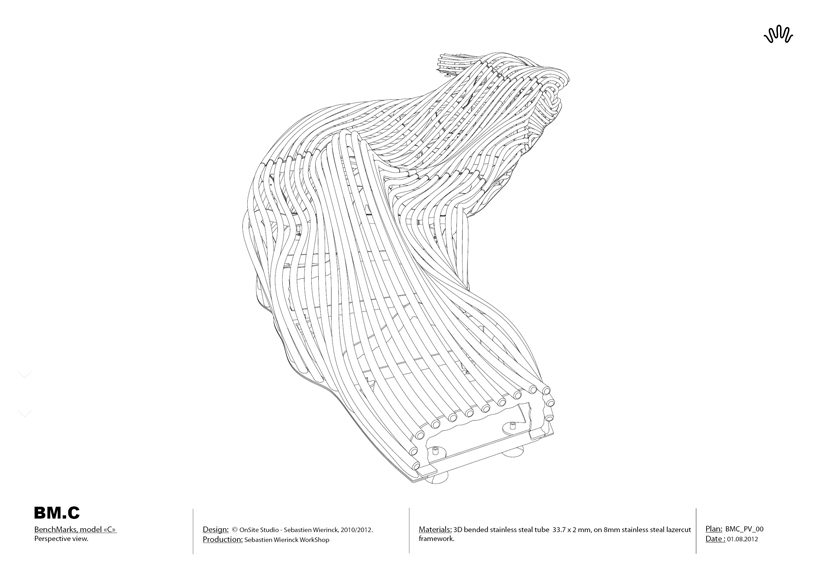