italian company ddpstudio has developed ‘auto’mobile’ an installation composed of three elements that take their form from the ferrari’s sport shapes and the techniques that were used to manufacture the coachworks, was on show during milan design week 2012. the f1 car became a symbolic furniture piece in the ‘f1+4 sofa’, a padded couch covered with red tissue that accepts different kind of sitting positions. the tires can be used to sit on as independent stools.

the furniture piece ‘wooden bodywork mock-up library’ and the car world have many similarities common. the coachbuilder and carpenters were two different professions but a unique universe of small workshops located in the northern italy, from turin to milan. body cars were hand-shaped using wooden bodywork mock-ups made of ash or elm sections put together with fish glue and screws. during the sixties craftsmanship and manual skills were the added value of automaker companies, and who transformed a simple draw in 3-dimensional lines using his work tools and experience.

the ‘soft-shape library’ took the f330 form that almost disappeared from the car world. the hanging mock-ups are scaled bodyworks that were hung in its original shape, made of red anodized aluminum and became an element that created movement in the store windows. 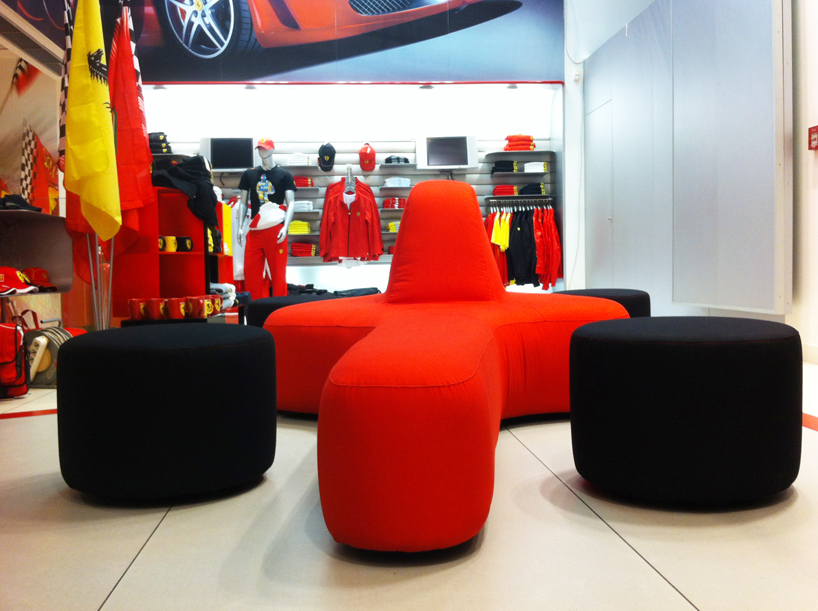 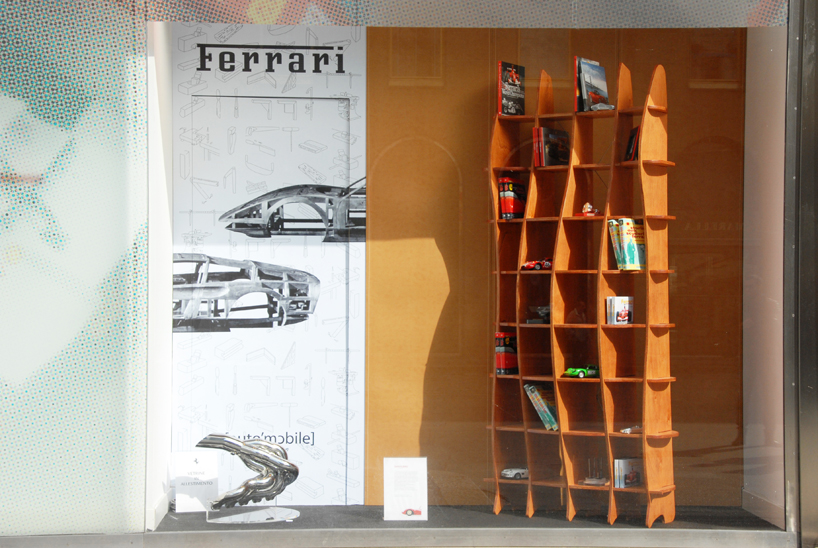 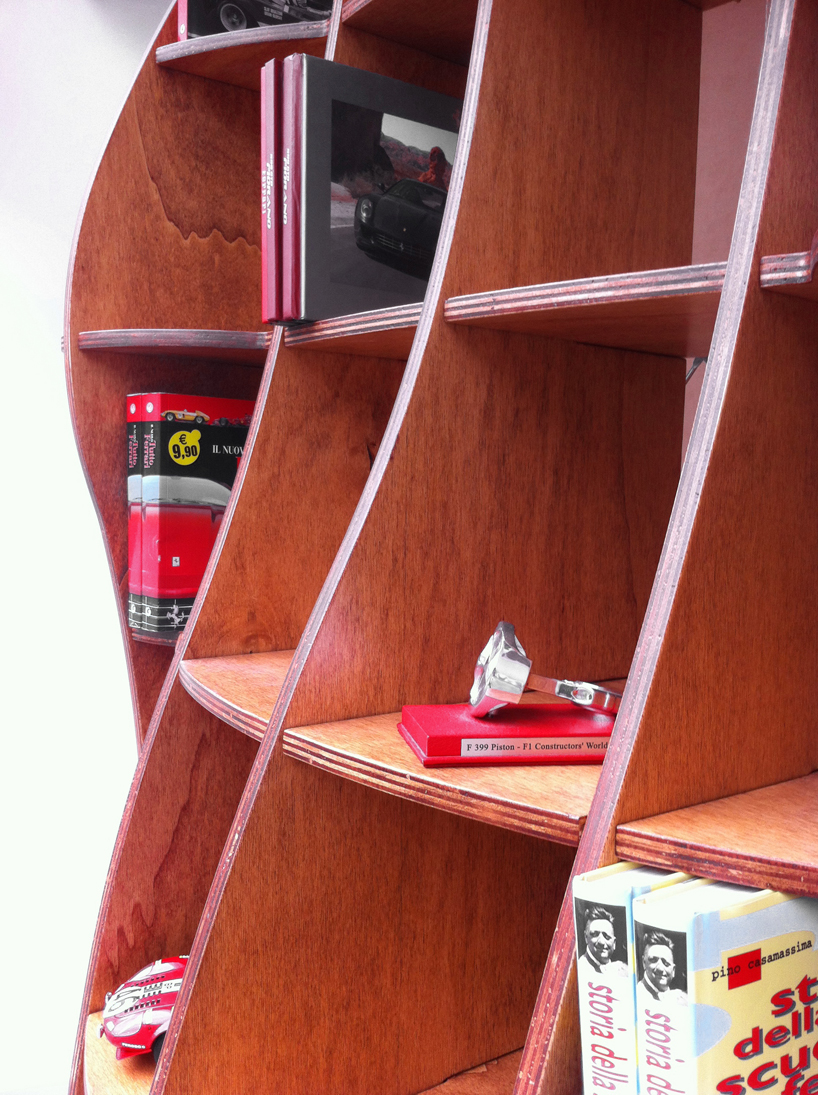 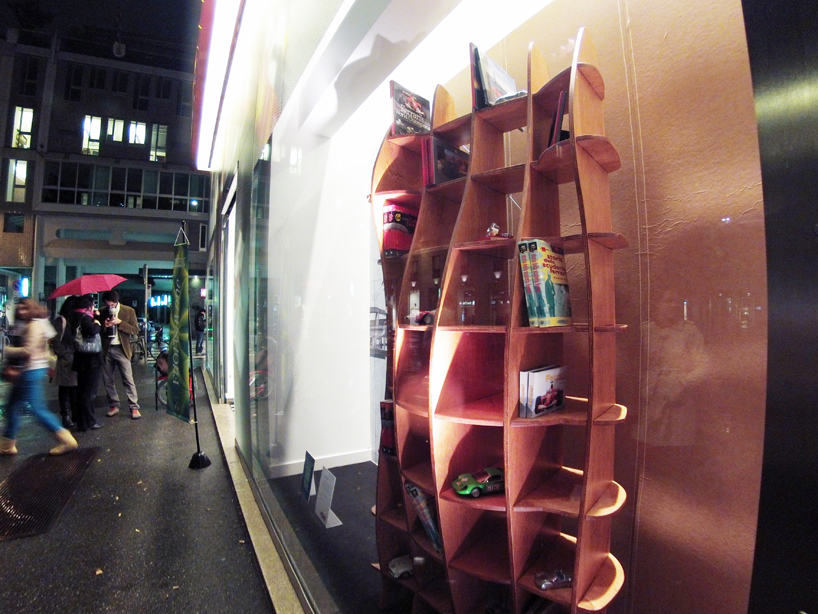 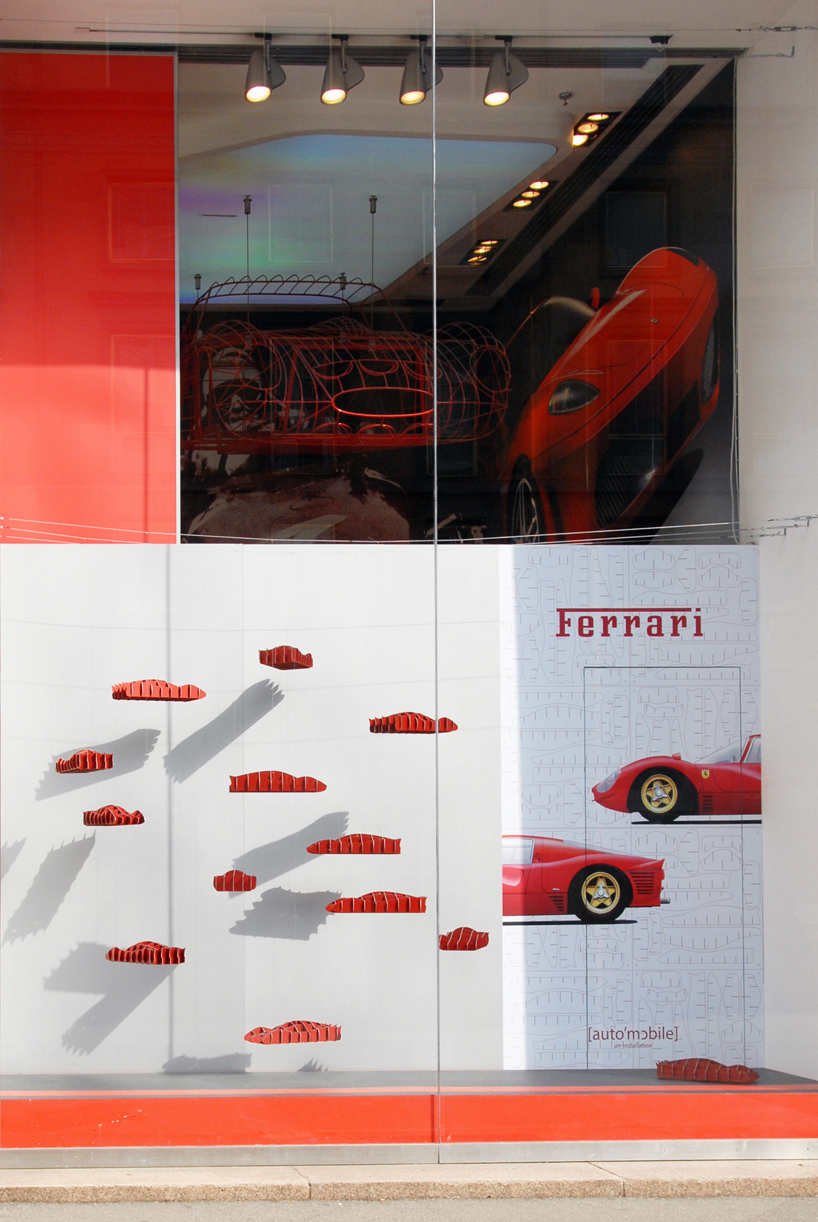 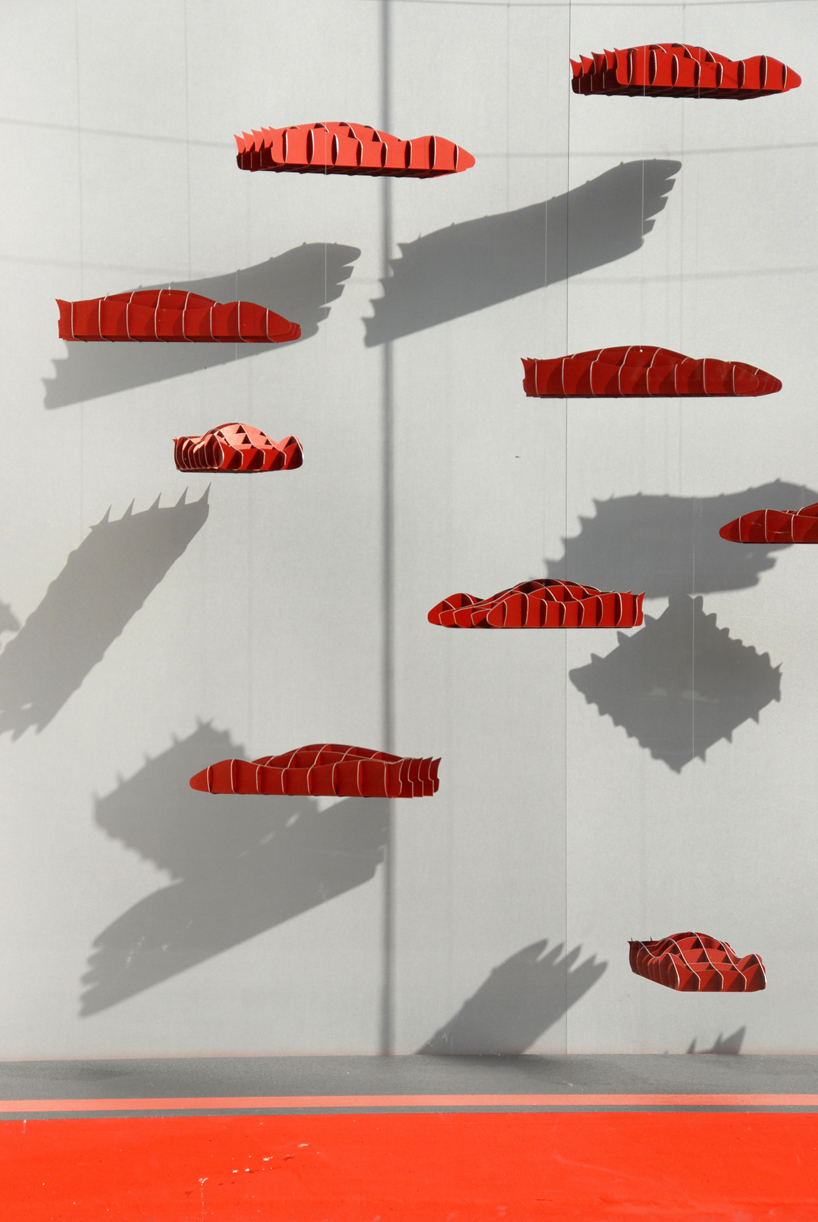 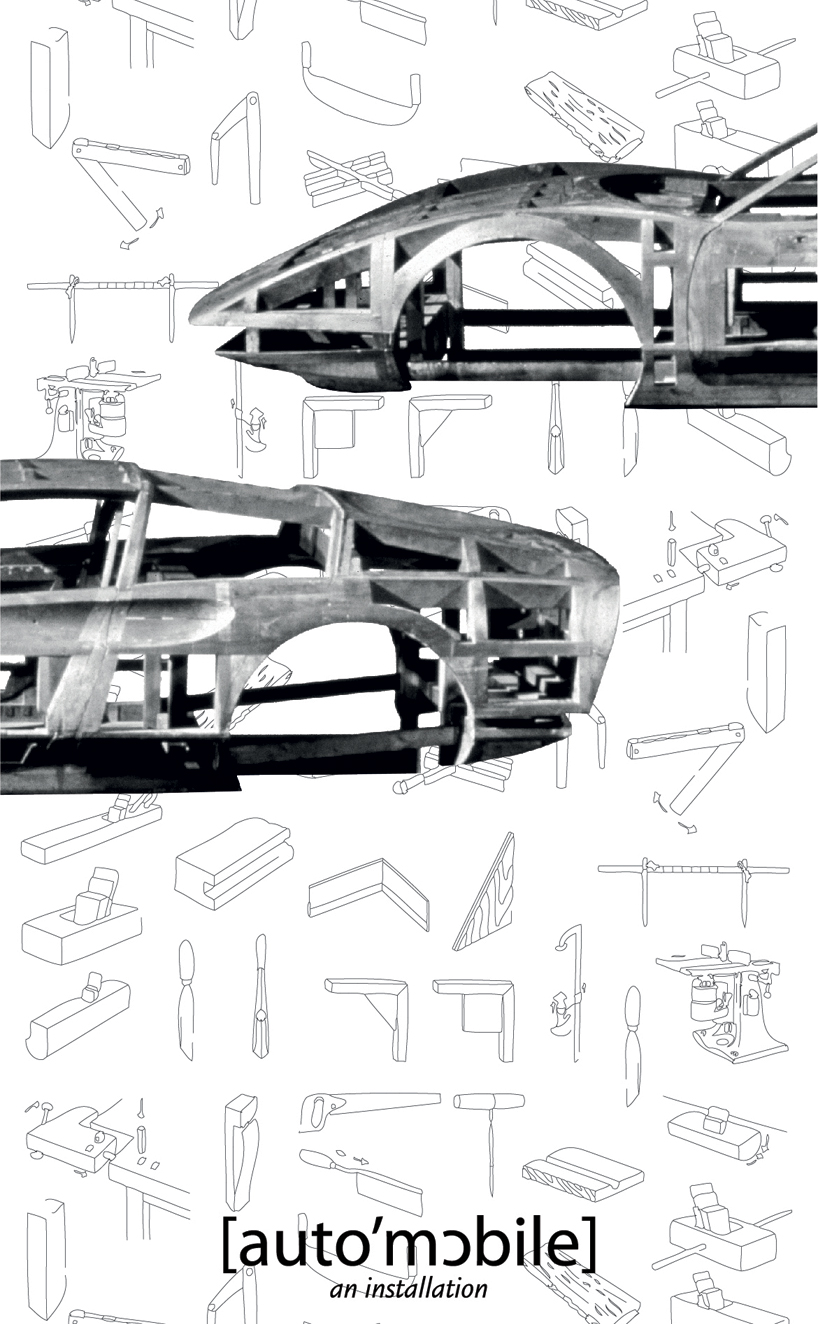 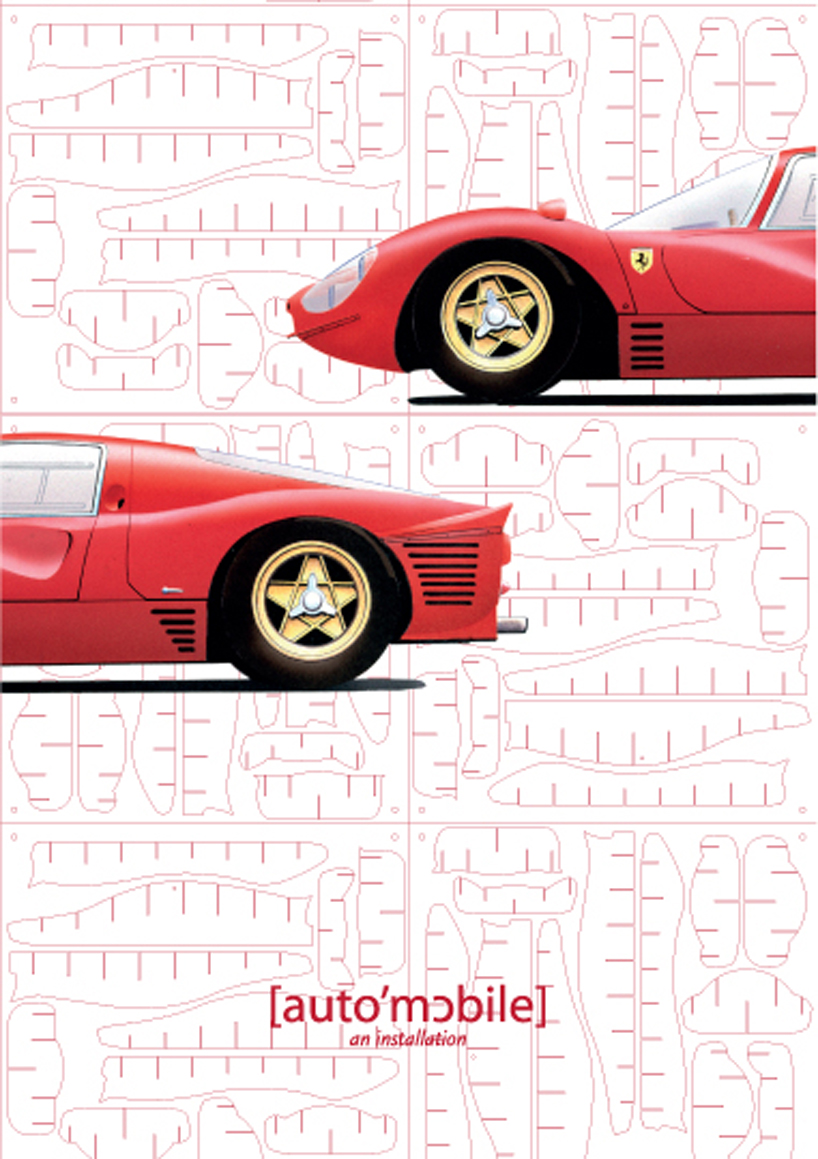 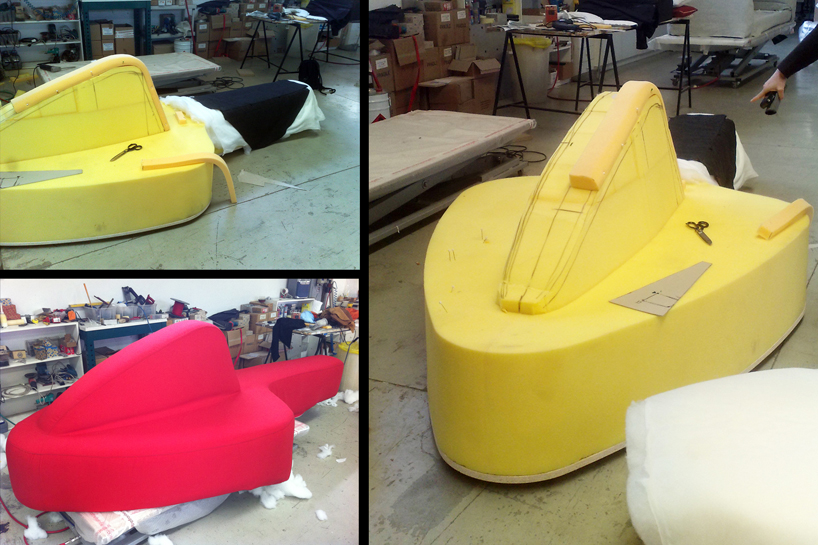 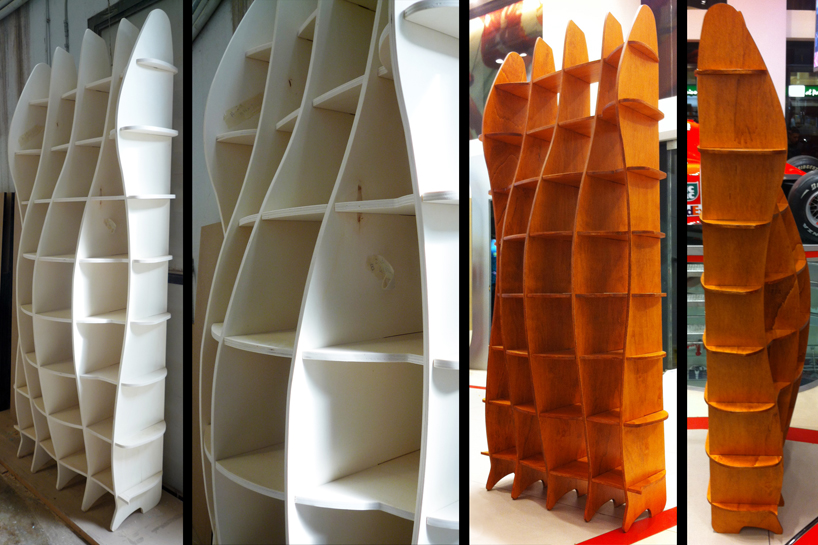 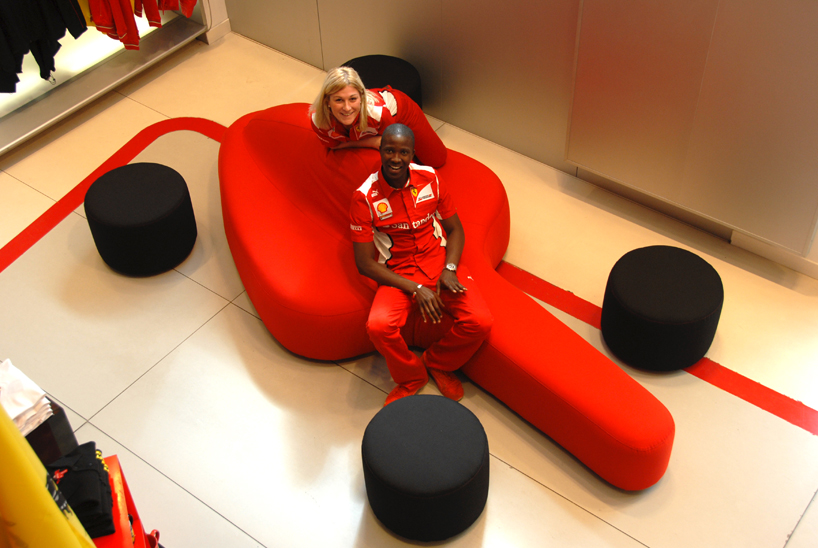 in-store models   designboom has received this project from our ‘DIY submissions’  feature, where we welcome our readers to submit their own work for publication. see more project submissions from our readers here