new york and lisbon-based architect eduardo benamor duarte has completed ‘fijiji blocks #1’ an installation displaying the stacking of octahedral ceramic polygons. the units were influenced by geometric interpolations, which can be used in a variety of ways. the shape was initially generated from the subdivision of a circle in eight equal sides, in a tridimensional angled form. the stacking system revisits a series of abstract models developed in the ulm school of design (hochschule für gestaltung), where the generation of volumes take their form from two-dimensional figures based on successive rotations.

this geometric research has proven to offer the flexibility of stacking and an array relentless configurations. the present outline is developed from the duplication of distinct blocks along the faces of the first octahedral polyhedron solid. the collaboration with the ceramic artist kelli adams for the manufacturing of the objects successively resulted in the production of the crafted series.

the exploration of the technique slipcasting, commonly used in the mass-production of pottery, required the manufacturing of a series of plaster moulds so the liquid clay could be poured inside the volume. the forming of the the cast layer, drying, consequent coloring and firing created objects and spaces that engage in the abstract geometrical repetitive system and the hand manufactured material processing. 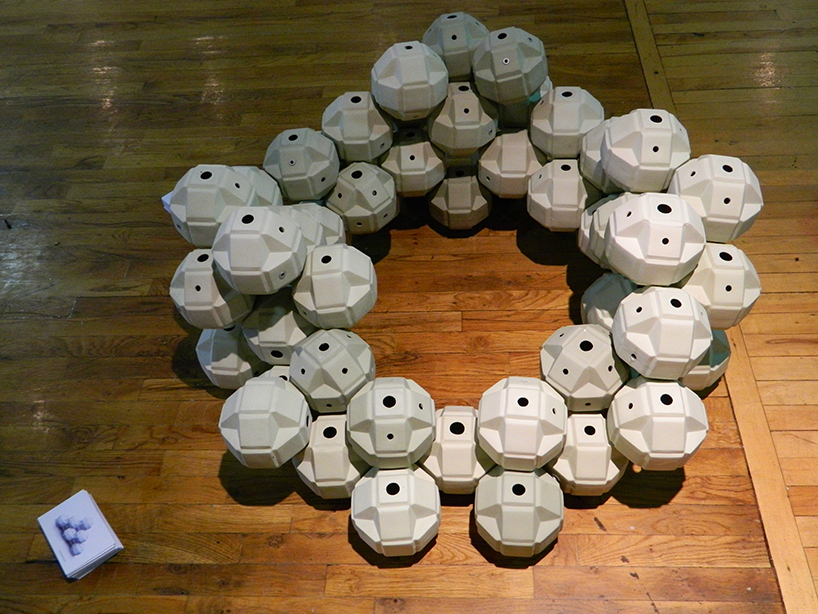 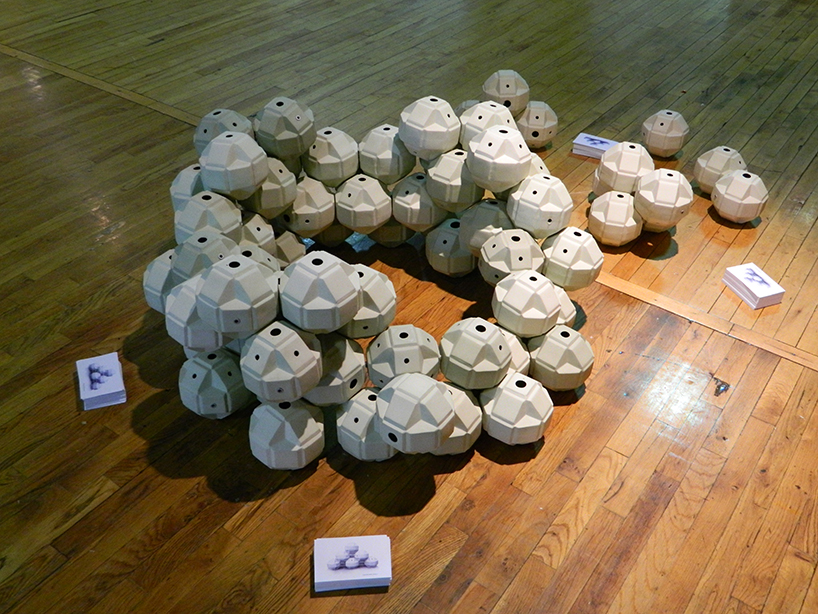 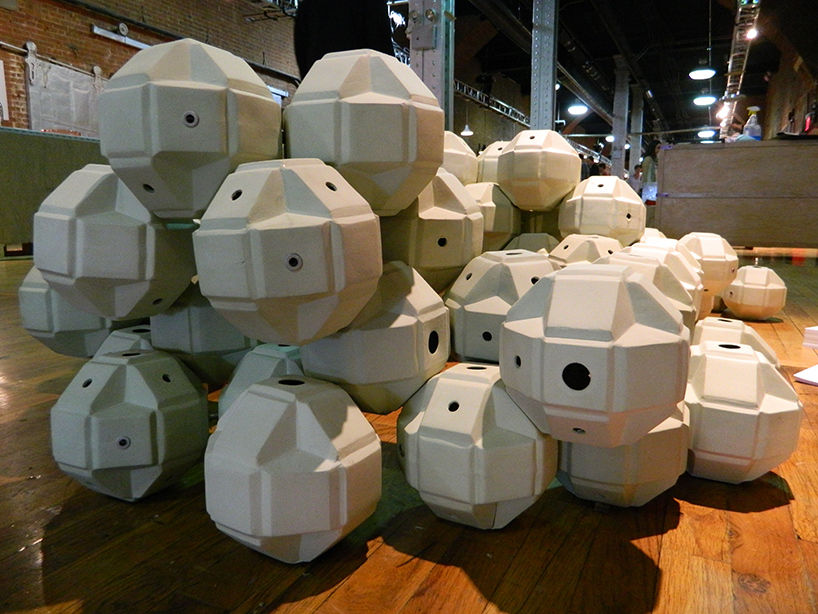 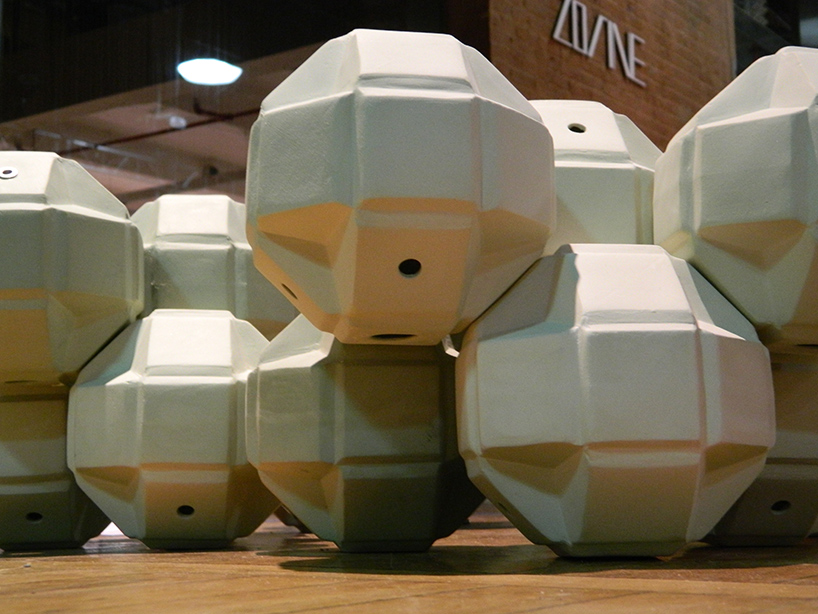 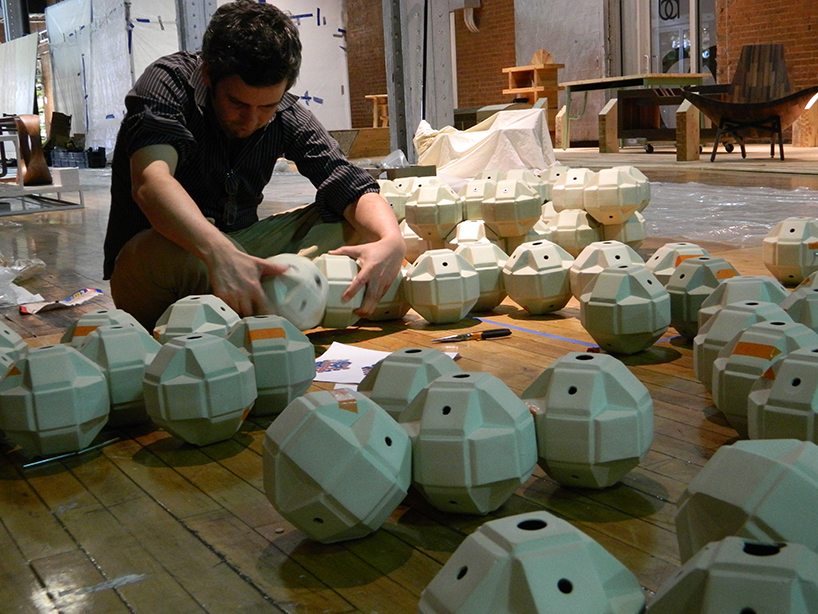 Feb 15, 2021
RSHP cantilevers the 'richard rogers drawing gallery' above the grounds of château la coste
treading lightly on the landscape, the building cantilevers out 27 meters to a point 18 meters above the terrain below.
architecture
323 shares
connections: +490