the exhibition ‘expedition coral’ is a historical and scientific exploration of coral reefs and the resilience of the creatures that live in them. the project was part of the celebration of the 200 years of the national museum in rio de janeiro — the oldest museum in brazil. the exhibition invites the visitors to immerse into the marine world in a lightful and delicate experience. 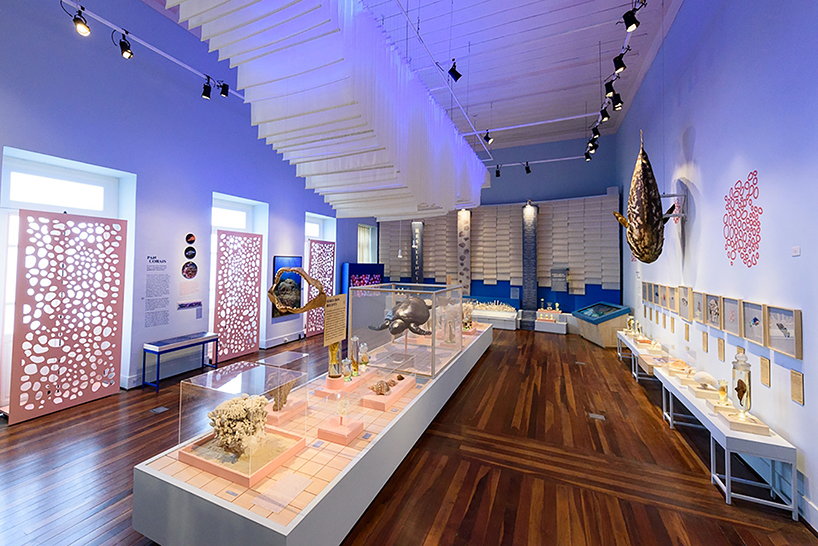 conceptualized by the coral vivo project, the show pays honor to the scientist charles hartt. in reference to the classical museography, a large cabinet of curiosities welcomes the visitors. with more than 100 pieces of the national museum’s scientific and iconographic collection, including specimens collected in nineteenth-century expeditions and photographs by marc ferrez, the project invites the audience to immerse into the marine world. the palace that hosted the show has a long-standing relationship with life in the reefs, which began in the 19th century, when it became the residence of the royal family. the discovery of brazilian coral reefs also began 200 years ago, in the summer of 1818-1819, with the entourage that accompanied princess leopoldina upon her arrival in brazil. 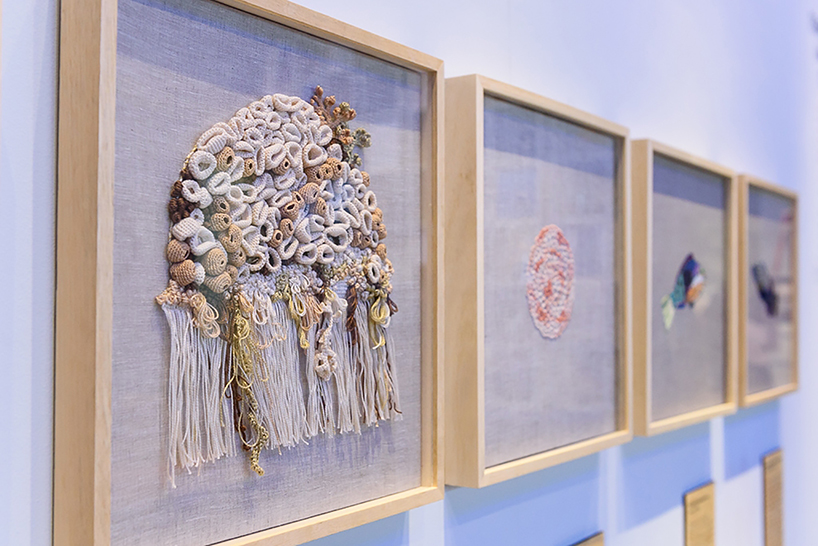 charles hartt and edward copeland were assigned a geological mapping that ranged from rio de janeiro to bahia during the thayer expedition (1865). in spite of being a canadian and a naturalized american, charles hartt had a brazilian soul. besides being a geologist and naturalist, he was also a linguist, ethnographer, illustrator and musician. hartt’s work circulates between the two main intellectual currents of the nineteenth century: the romantic tradition in the natural sciences and the evolutionism of charles darwin. 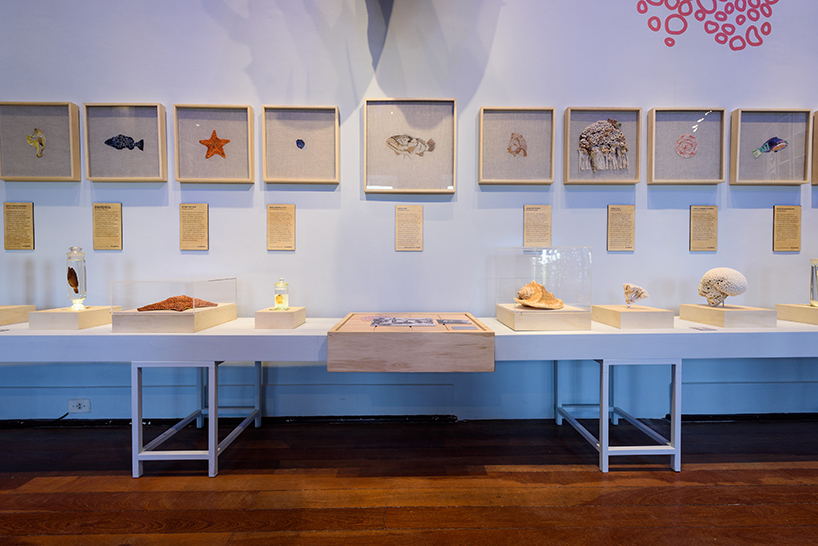 taking advantage of the natural light and the high ceiling of the room the show occupied, colors, shapes, and textures were combined in a subtle reference to the environment of coral reefs. a fabric installation hangs from the ceiling in the shape of an abrolhos reef, inspired by charles hartt’s own drawing. four artists embroidered endangered species at the invitation of the project. in the exhibition space, stitch by stitch, the embroidery symbolizes the delicate and persistent conservation work carried out by researchers and maintained by the labor of the inhabitants of coastal communities. original sound design by violinist pedro mibiele, scientific and historical texts, together with the sculptural work carcaça (about coral bleaching and the pollution of the seas) by artist beatriz chachamovits, complemented the experience. 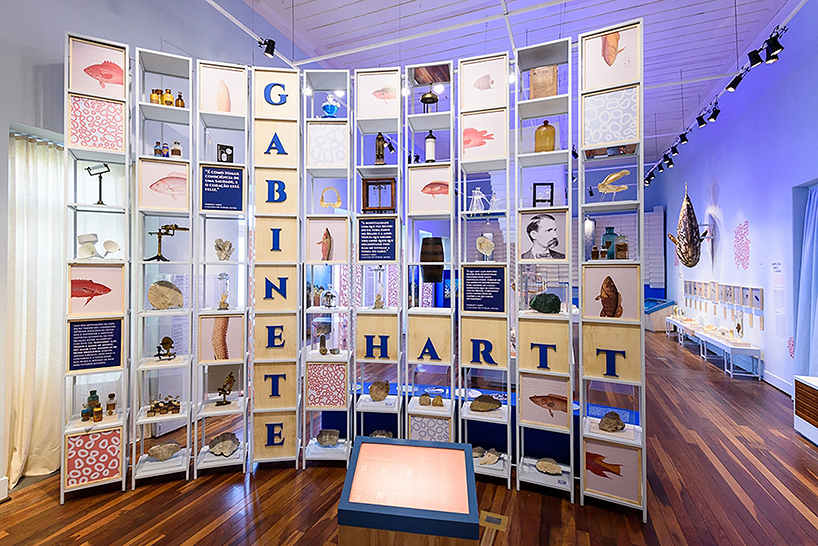 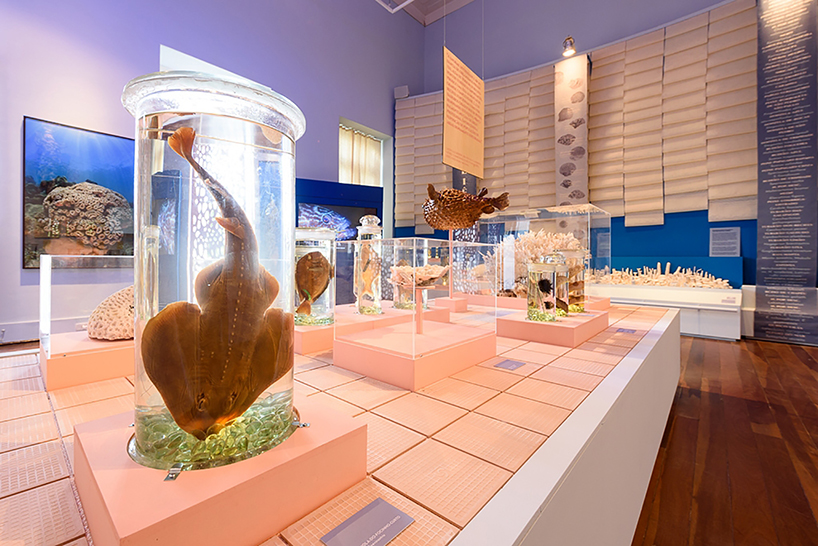 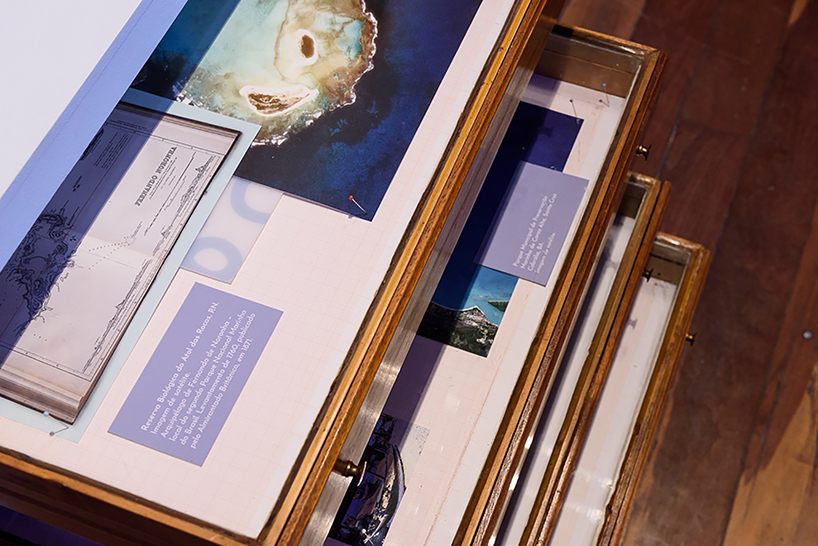 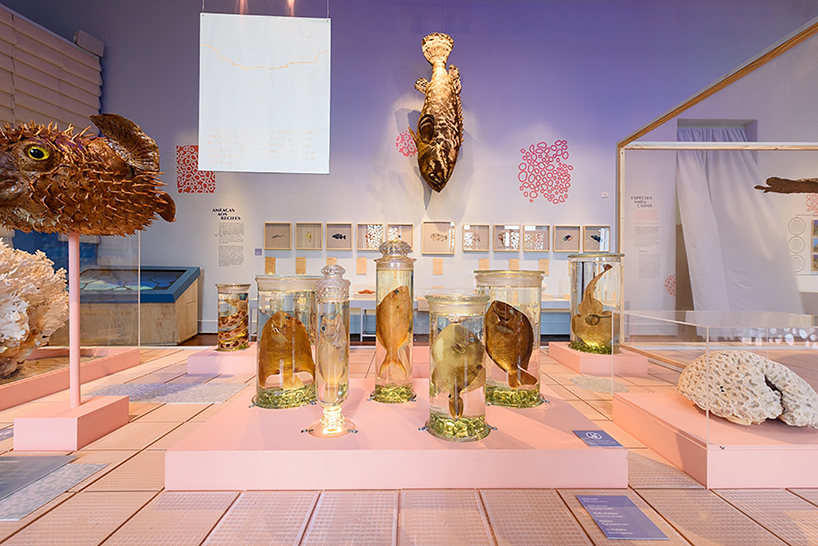 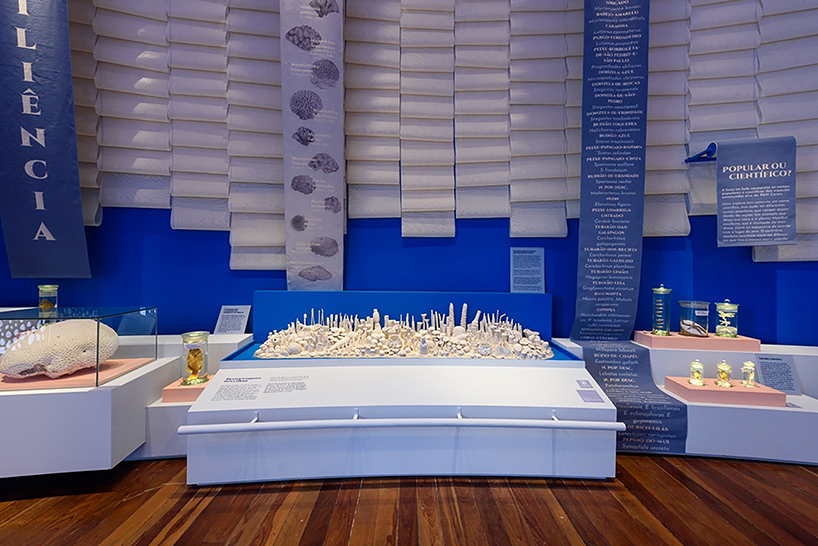 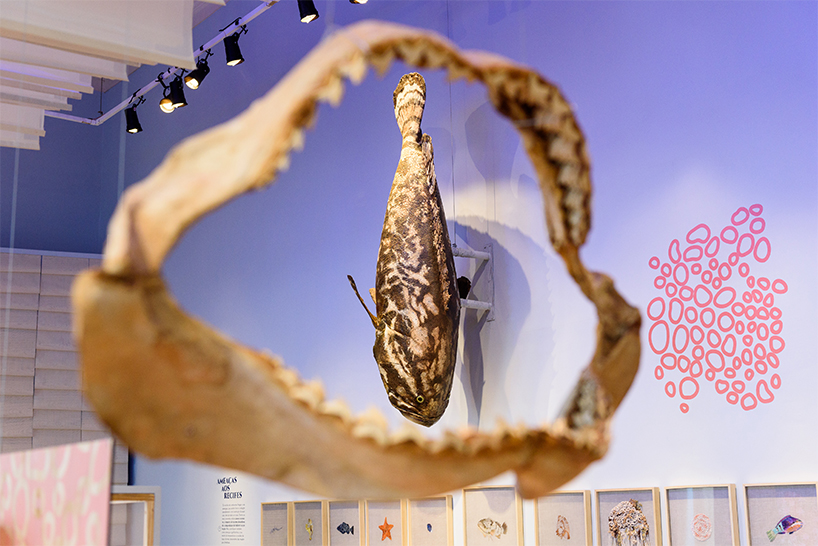 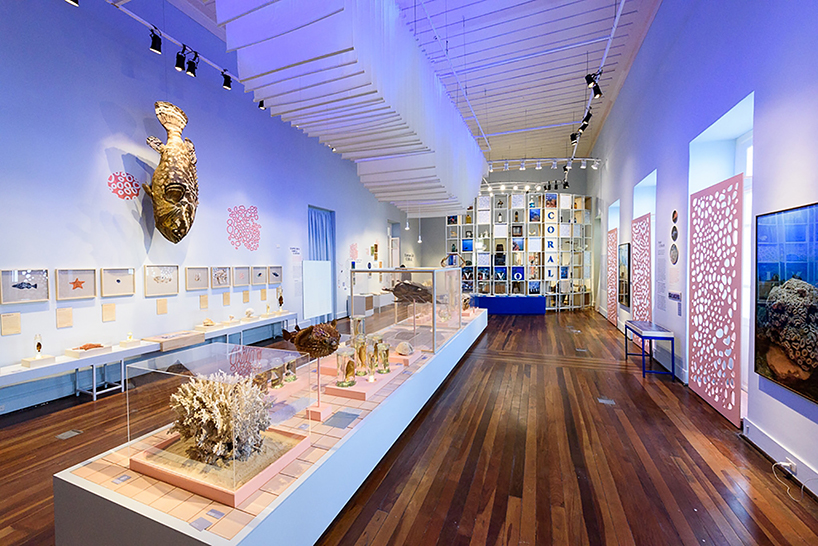 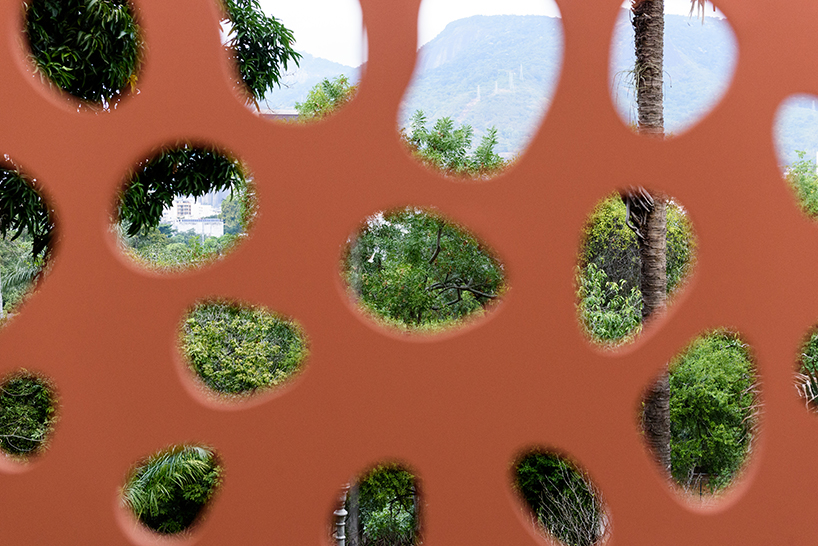 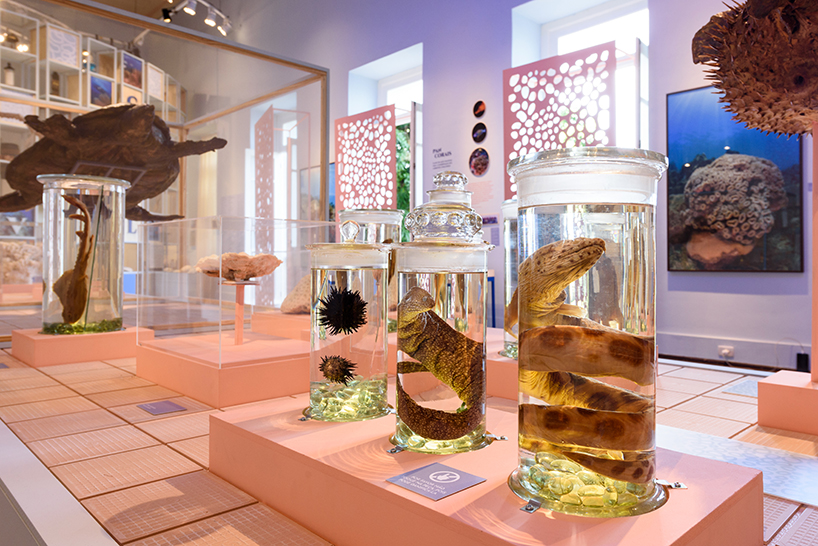 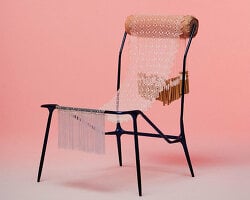 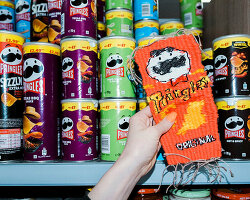 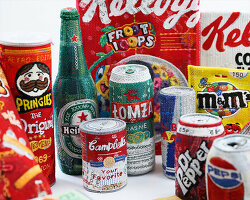 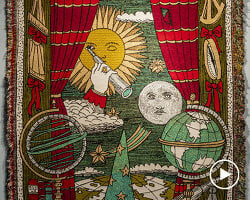