malaysian architect fabian tan has renovated a 1.5-story terraced residence ‘le mon house’ in located in kuala lumpur, malaysian. taking influence from japanese design of detail and restraint this dwelling for a mother and daughter expresses light and material form throughout the space. the facade, has a red monster door as a dominant feature, developed as a homage to large chinese temple entrances. it is made of thin metal slats, like a screen, where within that is another made of colored plastic panels. the portal can be opened for additional light or ventilation.

the main living areas area at ground level and have an open and linear concept, starting from the front to the rear of the house. the minimalist aspect of the architecture highlights the owner’s extensive collection of chinese antiques. the purpose was to make the house feel like a living gallery.

one of the requirements imposed by the client was the absence of curtains, and a heavy emphasis on security and privacy. 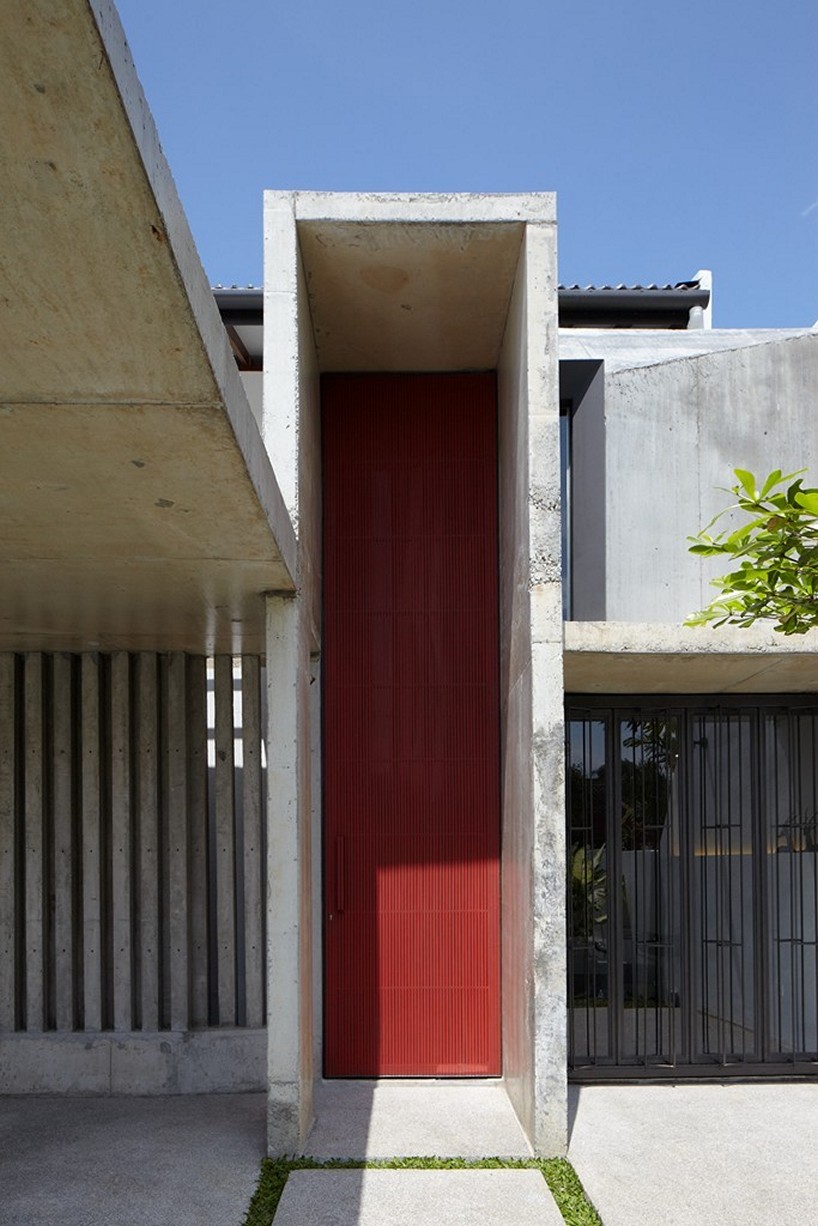 security which is commonly grilles in the front glass windows were diverted into the  creation of pivot sculptural glass window which is an integration of the two designs. concrete columns or ‘tiangs’ in malaysian were layerdd to allow sufficient privacy to the interior spaces, but also facilitating ventilation and ambient light into the bedrooms, kitchen and bathrooms.

the central courtyard was introduced to create a relationship between the spaces, and to provide natural illumination. the raised living area provides the viewer a visual expansion from the ground floor to the first floor. above this living room is a secret garden with a view of the surrounding forests and hills in the neighborhood. 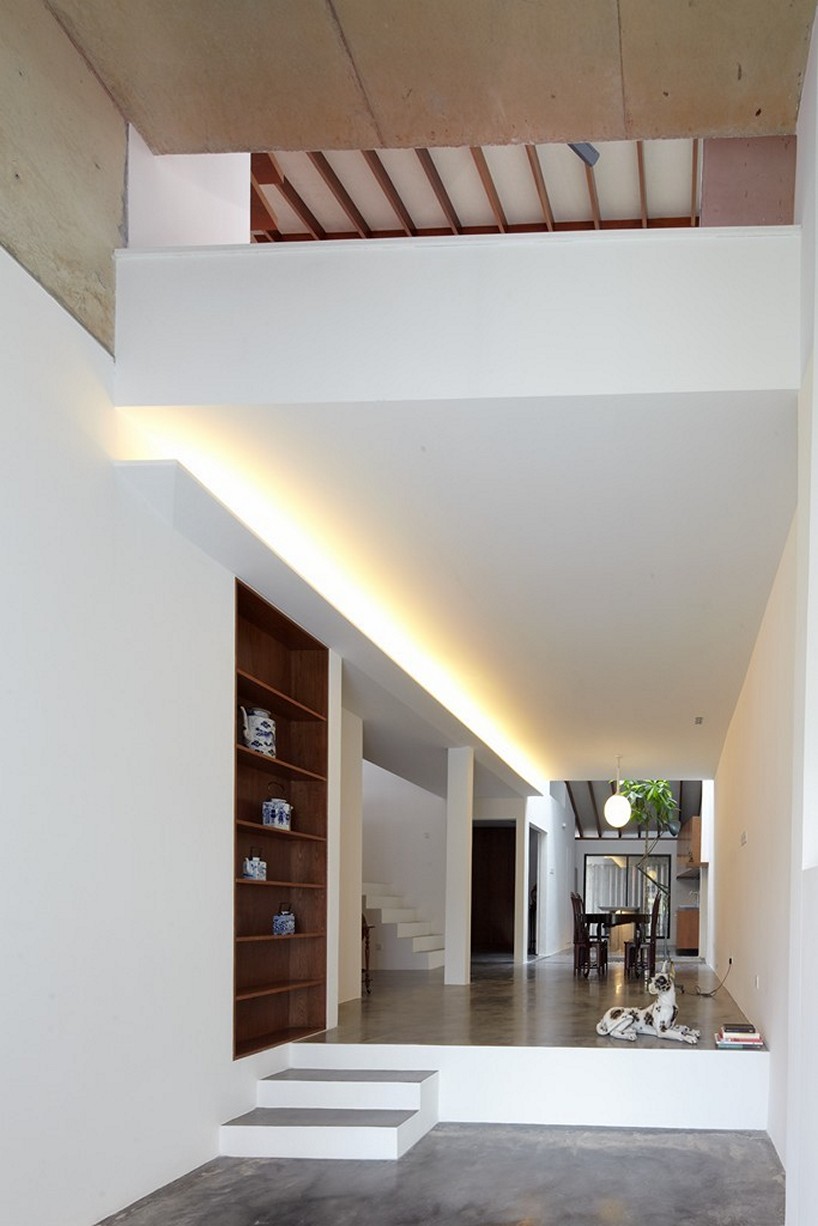 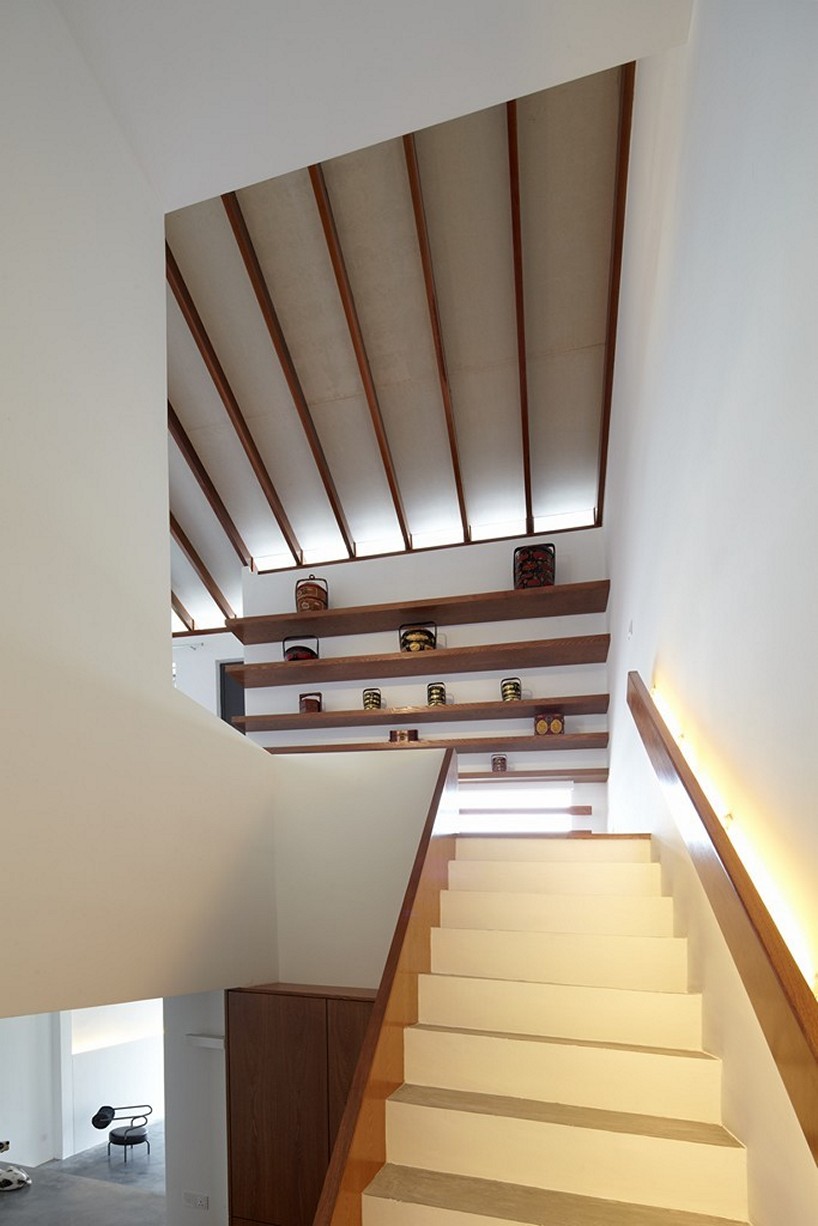 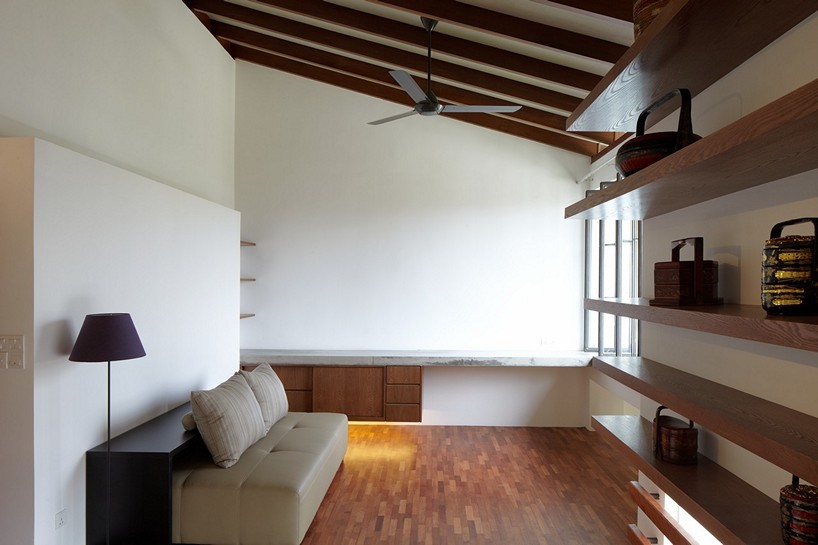 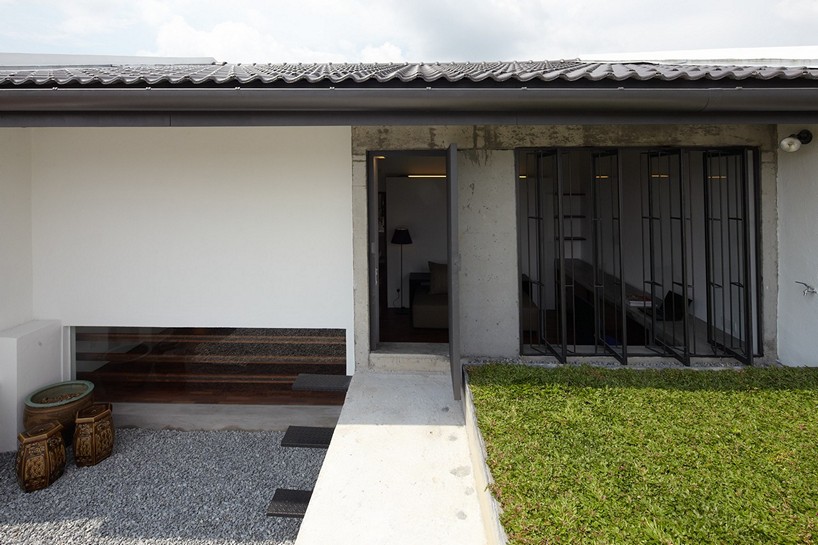 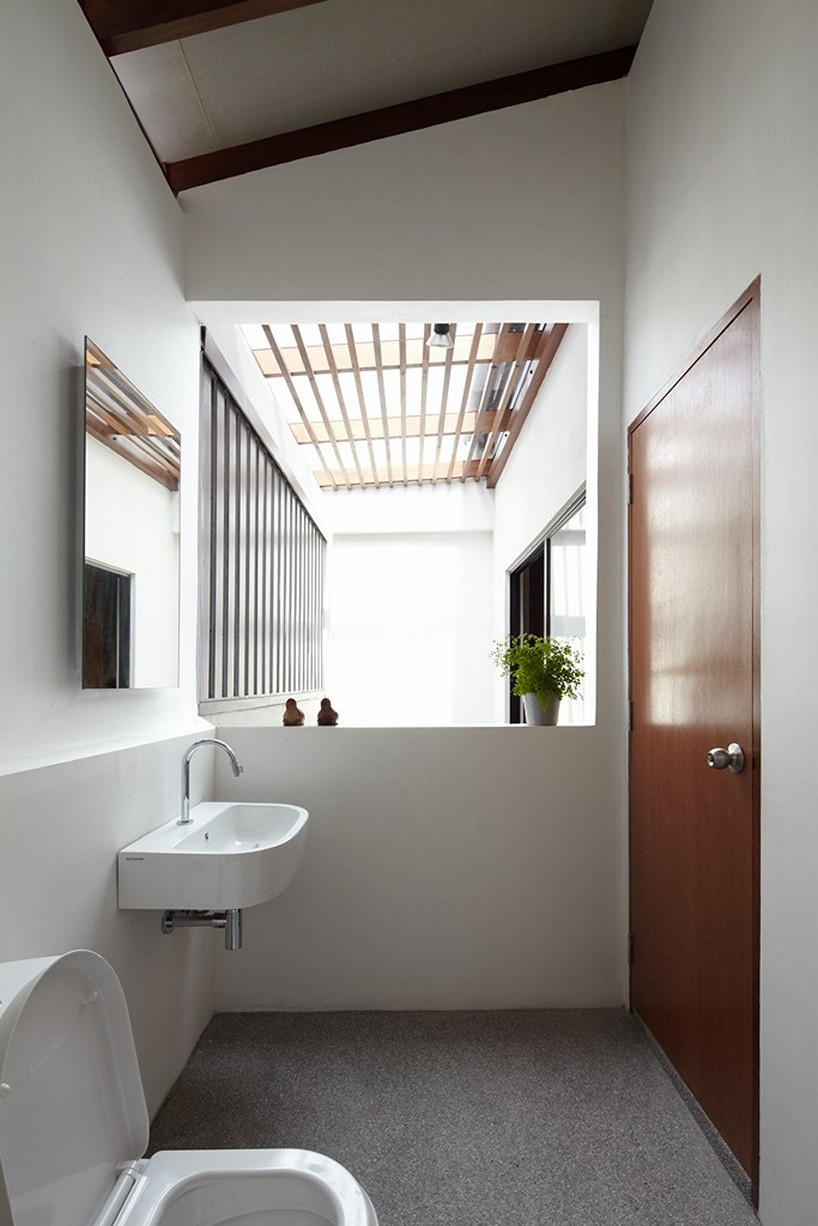 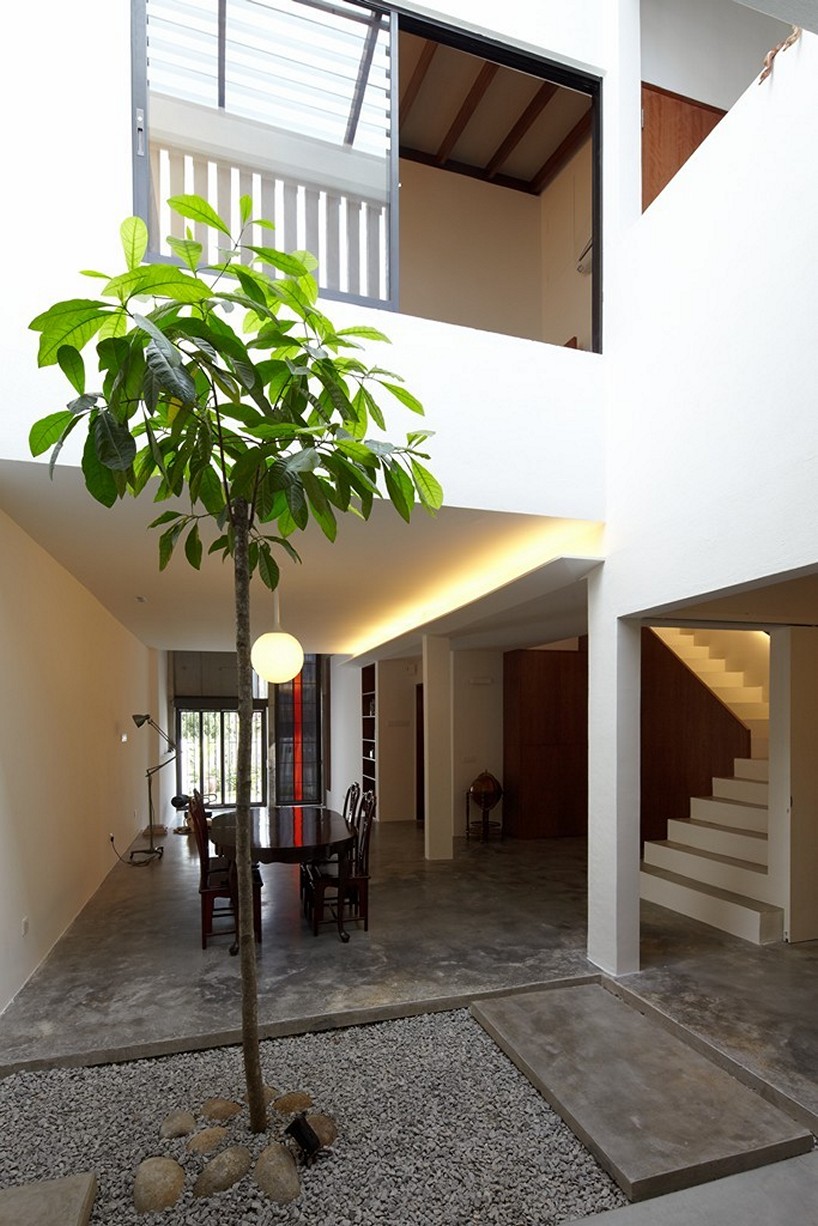 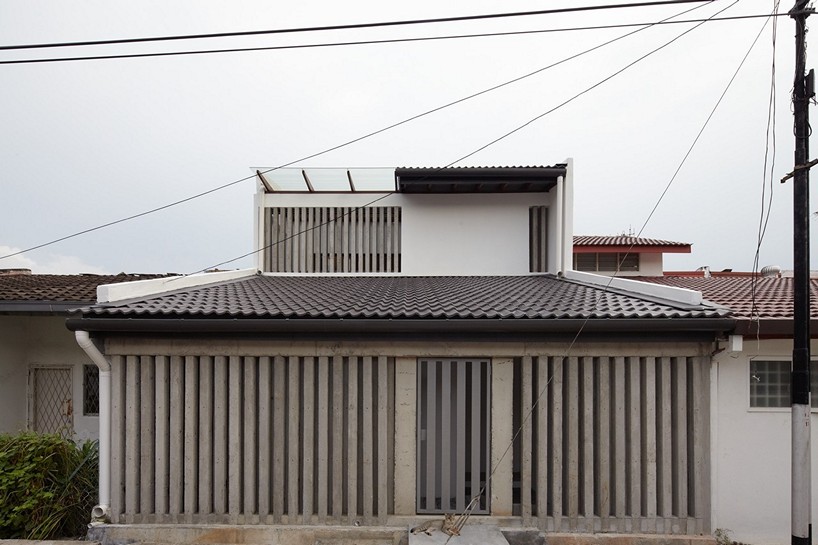 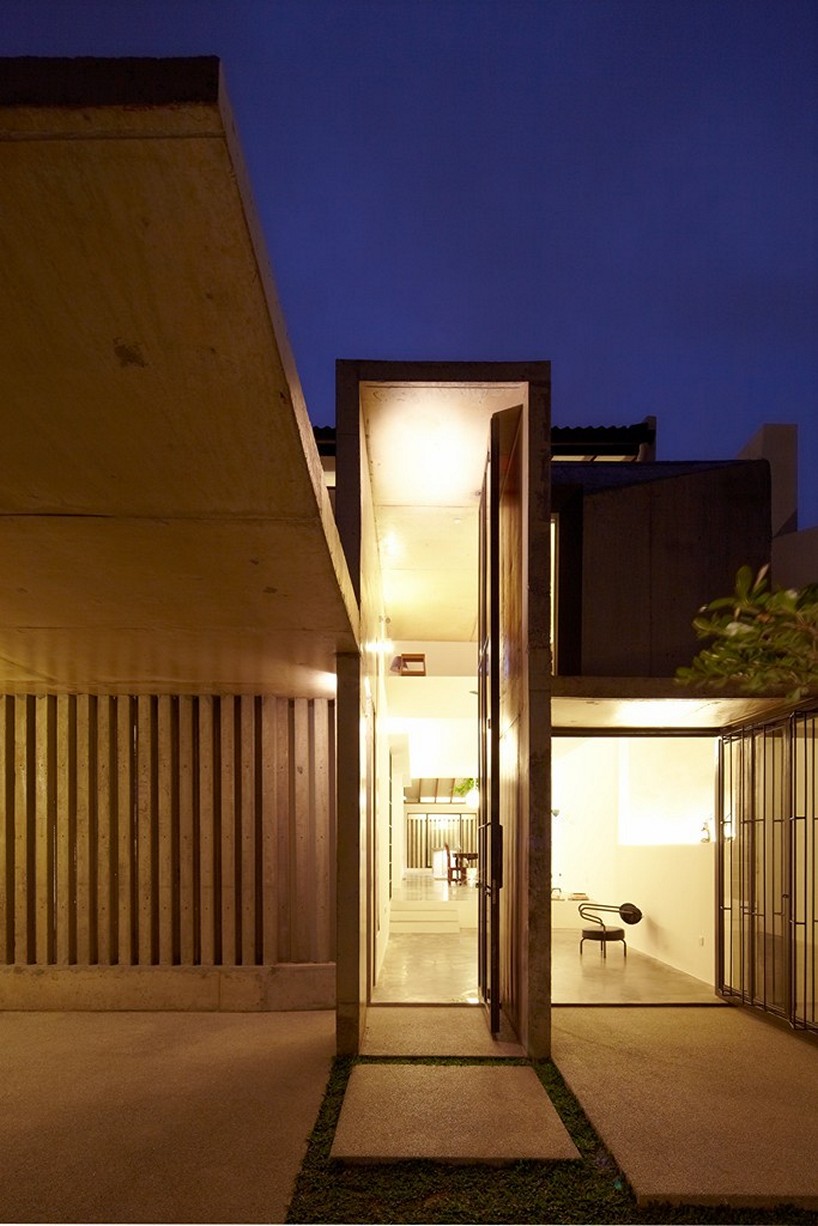