facial codes is a series of photographs that deals with the artist memory of his past, present and its near future. beautiful and ugly memories of the artist are kept fresh in this photograph. using the medium of photography, where its primary purpose is to record memories, this series allows the audience to take a little peek into my life. this series also explores the viewer’s relationship to two-dimensional (2D) still images reproduced on photographic print medium. by superimposing circular disc with QR codes onto where one might expect to see faces of people, I wish to accentuate a sense of impenetrability in representation in 2D art and design. from there, this questions the viewer how far can they go in making meaning of what they see, before it stops and become useless to them.

using this technology, QR codes is a matrix barcode which is readable by QR scanners, mobile phones with a camera and smartphone. commonly used in japan, these codes allow its content to be decoded at high speed, giving viewers to get an immediate respond upon their interaction. also by using QR codes to replace the ‘hidden’ text, I had this sense to protect my memories allowing only those worth ones to unlock it and read it. the series also deals with the literally meaning of ‘more than meets the eye’, which could either make or break in a sense that viewers who do not know the existence of QR codes, will perceived this artwork as a flat surface and move on. facial codes were also created to tell how I view the connection between people and memories. predominantly, people remember people through the memories they had with them and thus, memories connects more spiritually. hence, blocking the faces of people in the photographs give that sense of equality and the feeling of the existence of memories lie in everybody. 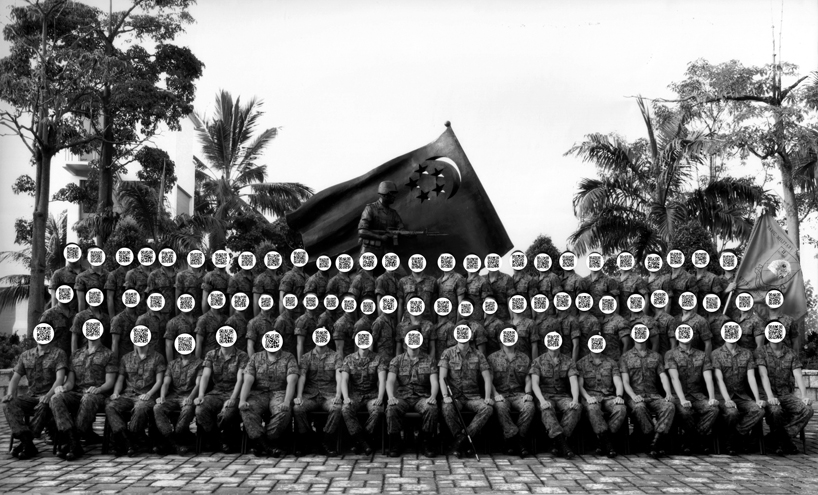 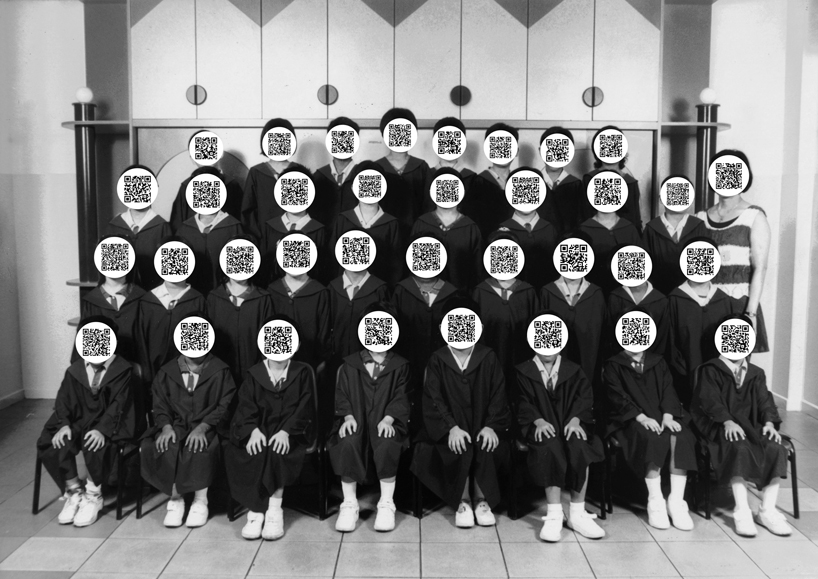 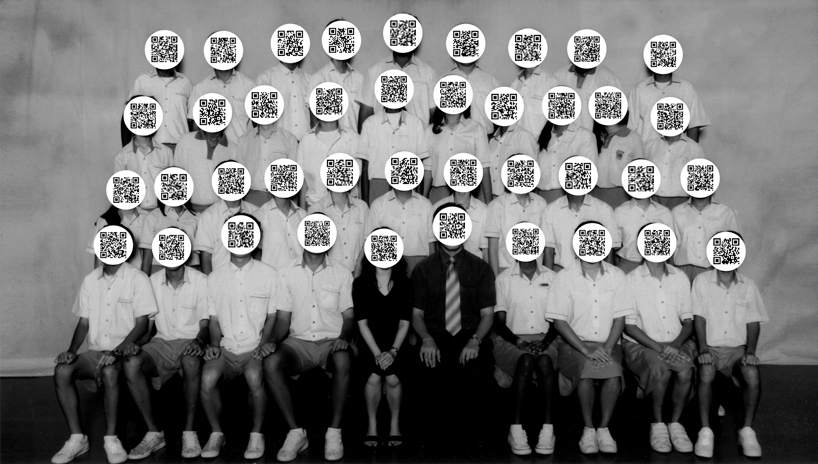 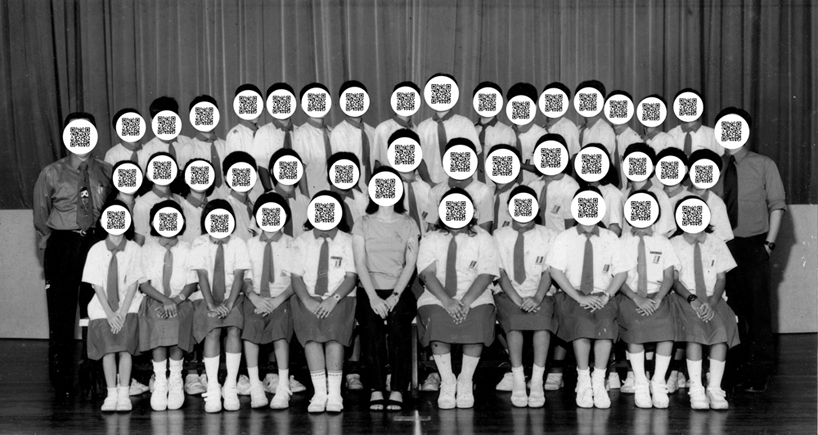