the skolkovo residential area marked as d2 or «ostrovok 1» is an ‘island’ both in terms of its location and as a metaphor. work and study imply socialization and openness to others, while home means being alone. a residential area is similar to a home. based on its ‘apartness’ we can generate an architectural form, for which spaciousness is another morphogenetic factor. considering both of these the building gets a shape of a circle that vacates the most of space from built-up area. this is where the title comes from: "krom", ‘the round house’. "krom" is made continuous, so that life flowed through its veins. there is a glass gallery open mostly towards north-West that goes through all floors from 4th to 8th. it provides a visual connection between the nature of skolkovo and the inner life of the d2 neighbourhood. the gallery lets residents jog and enjoy the scenery throughout the year. "krom" consists of one-room apartments except for the first floor with three-room apartments. the spacious enterings into the residential area contain bike stands and let nature in. "krom" has four archways three floors high. two of them provide a passageway through the area by the main road, the other two are placed in the least isolated parts of the exterior. through the archways one can easily get to the adjacent neighbourhoods or to the forest on the west from d2. the inner two- and three-room residential buildings divide the courtyard into three parts: a public square, a garden park and the children’s playground. the garden park with bike and pedestrian paths is set between the buildings. underneath is a parking. to get there one must use the stairs or take the lift. the parking has two driveways (from the left and the right lane of the road) and two ways out (to the left and to the right lanes). through the parking floor the goods are delivered to the shop. the central square in the east of the neighbourhood is attached to the road. in megapolis, where the car is worshipped, it would bring no comfort. skolkovo though makes a cult of energy efficiency and ‘greenism’, so the vehicle in the vicinity of the man is acceptable. the upper and the lower parts of the courtyard are connected by the alley. it penetrates the park and stops at the children’s area, a place for a kindergarten and green lawns. the residentials in the outskirts of the city are sometimes called the ‘sleeping bags’ (in post-soviet countries, at least). not only because the citizens work in the center and sleep in the periphery. the point is that residentials functioning as mere shelters are faceless and unremarkable. we don’t want d2 to become another ‘sleeping bag’. this is why we contrast our hard minimalistic structure — the circle ("krom" itself) and two parallel lines (two buildings in the courtyard) — with two formalistic objects: a carrot-like kindergarten and an aubergine-like shop. the buildings become signs the meanings of which are transparent. “meet me at 5 near the carrot”, “waiting for you in the aubergine” – here is the way of making architecture habitable. 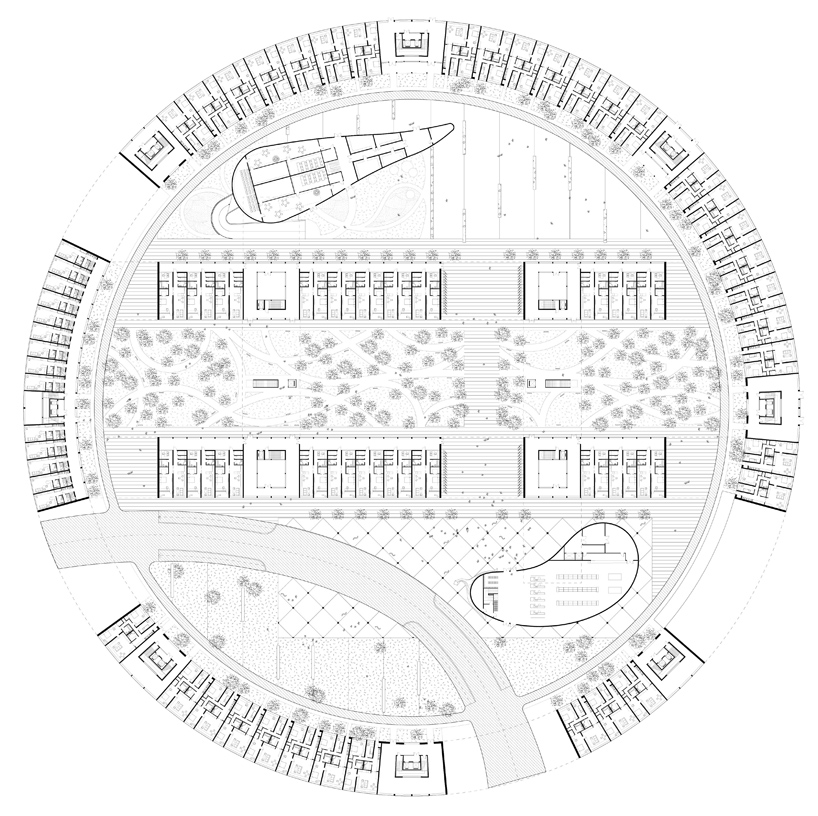 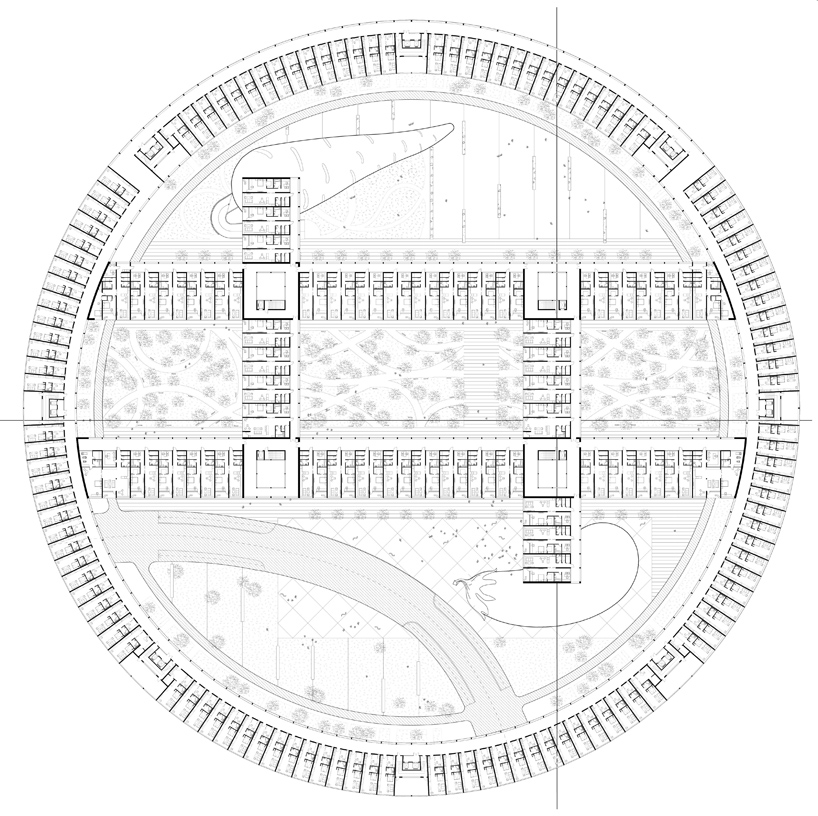 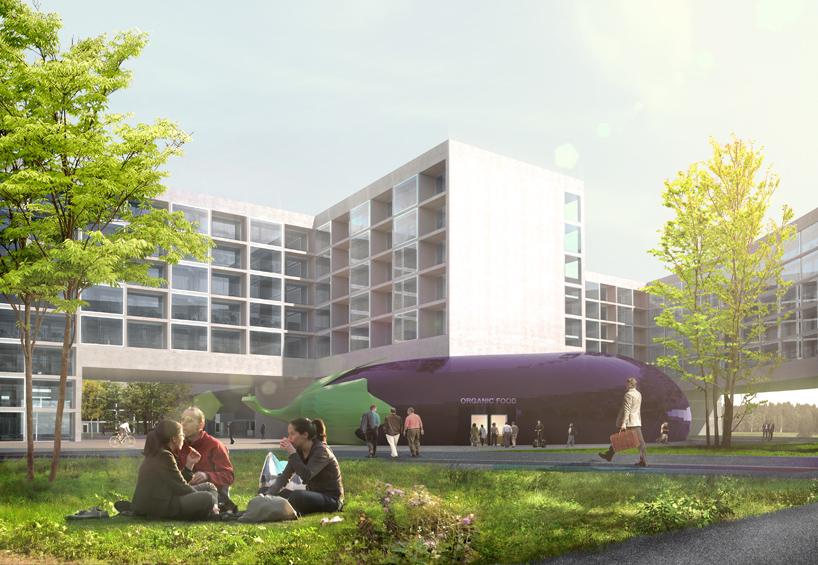 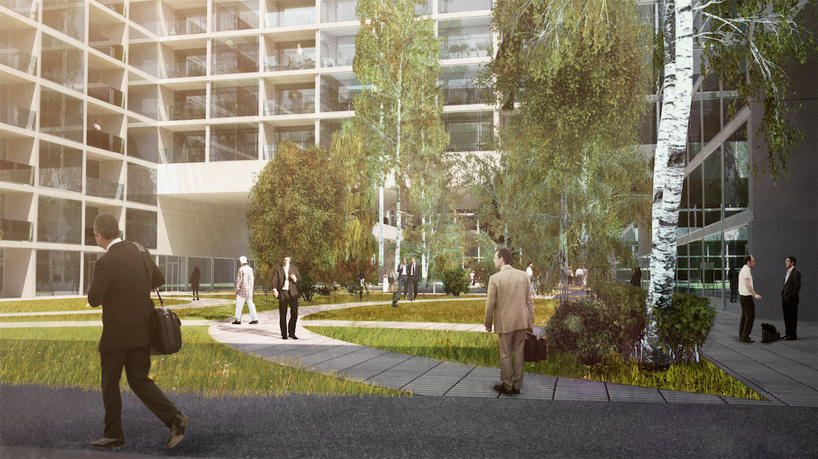 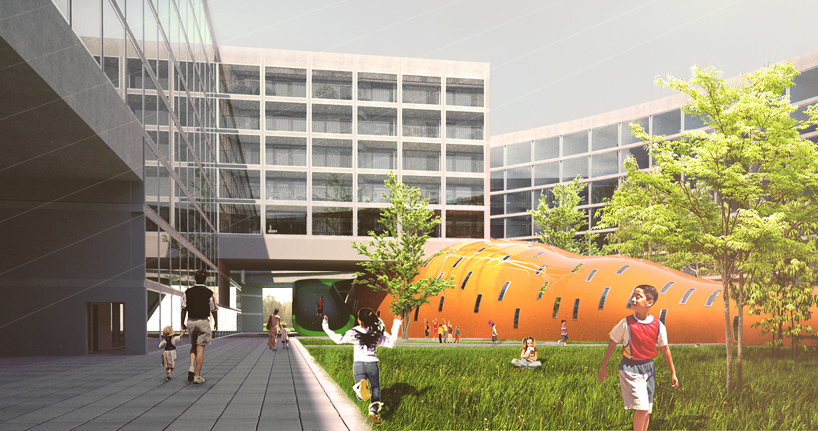 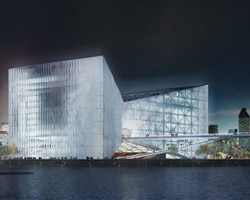